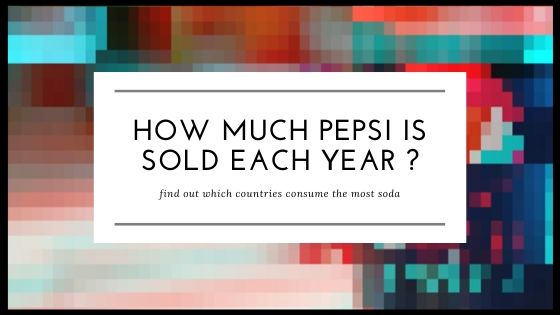 Pepsi products are sold in a whopping 200 countries and are available in almost every country worldwide.

Whether it’s their soda or their snacks, Pepsi is a leading brand worldwide. There has been no shortage of superstars who sign up to market Pepsi products.

Since they have branched into the sparkling water industry, Pepsi is now configured to be more successful than the Coca-Cola brand for decades as a soft drink.

People purchased over $18 billion of Pepsi in 2019. It was the second most popular soft drink trailing only the Coca-Cola Company.

However, PepsiCo has several other sodas and sugary drink brands (and even food brands) that make PepsiCo a larger company than Coca-Cola.

As Americans changed their habits to drinking less soda, Coke and Pepsi started focusing on sales outside the United States. China, India, and Mexico are now leading soft drink sales.

During blind taste tests, Pepsi is generally preferred over Coke. However, that doesn’t always translate to sales. Pepsi usually wins the blind taste test because its product has more sugar than Coke. It has a delicious taste, and many people like it because of its sweet taste.

However, when people drink more than just a sip of a taste and have a giant bottle, they tend to prefer Coke, which is why Coke sells more than Pepsi.

That said, here’s a list of countries where Pepsi sells more products than Coke:

Countries where Pepsi is not sold

It is unlikely Coke and Pepsi will be sold in North Korea until more significant world political problems and tensions are resolved.

Cuba did not sell Coke and Pepsi for a long time due to restrictions on what could be traded in and out of the country. However, as trade restrictions have been lifted recently, they can now sell these products, and Pepsi is available throughout Cuba.

Other Energy Drinks besides Cola

While Pepsi might be most well-known for producing cola and other flat sodas or famous soda, as the world has been drinking less regular soda over the years, Pepsi has branched into other beverages and industries that will allow it to continue to have a footprint on the world for decades to come.

They do sell Lipton iced teas, and they also own Gatorade. For sports fans who need to replenish electrolytes after a challenging workout, Gatorade is a good option as a sports drink.

They’ve sold bottled water, Aquafina, for a long time. Recently, they’ve introduced Sparkling Water, Bubly, to their product line. Bubly is an unsweetened sparkling water that is available in a variety of flavors.

Pepsi created Bubly to insert themselves into the health food industry, and have a drink of choice for people that are focusing on drinking water.

Sparkling water sales have been increasing for years, and Pepsi is poised to capitalize on this industry. Pepsi anticipates Bubly becoming their next $1 billion brand.

Pepsi has also branched into the fruity soda market.

They’ve been doing this off and on for decades, and in 2019 they introduced three new cans of soda flavored with fruit:

These were introduced on a limited basis as Pepsi was experimenting to see if sales would be successful. This is not the first time Pepsi has introduced fruity sodas.

In the early 2000s, they tried blueberry. In 2005, they also tried a Lime Pepsi, and neither was successful.

Taking on ownership of entities like Frito Lay and Tostitos has allowed Pepsi to become a dominant player in the food industry.

As a brand, Frito-Lay is valued at nearly $15 billion. Pepsi owns Frito-Lay, which produces over 1,100 different snacks. This means that Pepsi has a significant stake in the snack food industry and will be a force to reckon with for many years.

In addition to chips and Fritos, Pepsi also makes oatmeal, as they own Quaker Oats. Pepsi has used oatmeal to break into the health industry, and they market it as a healthy eating option.

Buying stock in Pepsi is still a worthwhile investment. PepsiCo has been going strong for many years and is valued at around $140, up about 45% over the past five years.

In the past year alone, it has been up almost 30%. Investors still believe in Pepsi, and that’s because they are not sitting still.

Pepsi continues to rebrand itself as times change, and it will remain a solid stock option if it does that.

Pepsi has had only 6 CEOs in its lengthy history. The current CEO, Ramon Laguarta, was appointed in October 2018. It was under Laguarta’s guidance that Pepsi decided to purchase SodaStream

Under the previous CEO, Indra Nooyi, Pepsi successfully rebranded themselves into three categories of products, “fun for you” (like chips and soda), “better for you” (diet soda and low-fat snacks), and “good for you” (oatmeal).

This movement allowed Pepsi to enter the health food industry, as it was able to market specific products for their nutritional benefits and move away from marketing and promoting some of the less healthy options.
Go to top 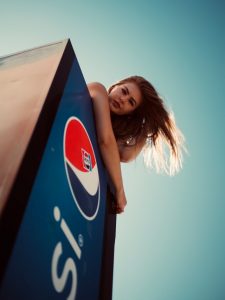 Countries that drink the most soda

Whether it’s Pepsi, Coke, or some other soda brand, here are the countries that consume the most soda worldwide:

Some parts of the world focus on healthier drink options like water and sparkling water. Pepsi has begun to gear its marketing efforts towards consumers known to drink soda. They are focusing on increasing their international footprint in countries like Saudi Arabia, learned to love regular soda.

Pepsi has been successfully marketing itself for generations. They also have sound ethical values and do not market sugary soda beverages to children under 12.

They are selective about which of their products they market to children.

Nutritional information for every product Pepsi makes is available on its website and is not hard to find. They also have an entire section of their website devoted to financial information.

Any stockholder or person with a business interest in Pepsi can check out their website for all stock information and questions on the financial side of Pepsi.

SodaStream was invented to give consumers more power over their soda, allowing them to make their soda in the comfort of their homes.

You’re essentially making flavored sparkling water. At not much cost to the consumer, you can now drink fizzy, flavorful water without going to the store and buying it.

Both SodaStream and Bubly are signs that Pepsi is acknowledging a change in the habits of people, and these investments will position Pepsi for future success.

Pepsi is a philanthropic company that strives to make the world more sustainable and a better place.

Through their sustainability efforts, they have accomplished the following:
Go to top

Soda is not suitable for a person’s health because it contains lots of sugar. Excessive Soft drink consumption may lead to the risk of obesity, weight gain, diabetes risk, and heart disease, cardiovascular diseases.

According to the Centers for Disease Control and Prevention (CDC), most people in America consume too many added sugars, which can lead to health problems. Sugar-sweetened beverages are pretty bad for health.

Excessive intake of carbonated beverages leads to many health issues like tooth decay, affecting your stomach, and many more.
On the other hand, diet drinks or light beverages (also marketed as sugar-free, zero-calorie, or low-calorie) are generally sugar-free, artificially sugar-sweetened beverages with few or no calories. They are sold to diabetics and people who want to reduce their sugar intake.

According to new research, diet soda is not helpful in weight loss.

Drinking too many caffeinated drinks can cause health problems, such as Insomnia, Headaches, Dizziness, a Fast heart rate, and many chronic diseases.

Carbonated water is better for you than soda; you lose weight, have No Phosphorus, and stay More Hydrated Throughout The Day.

In the United States, all Pepsi-branded products will be converted to 100% rPET bottles by 2030, with Pepsi Zero Sugar beginning to be sold in containers by 2022. The company also plans to scale its Sodastream business globally aggressively, and PepsiCo acquired Sodastream in 2018 for approximately $3.2 billion.

Pepsi has a heavy footprint in the food and beverage industries and is well-positioned financially for decades to come.

As the world’s needs have changed, so have Pepsi’s products and marketing strategies, which will always allow them to remain competitive.