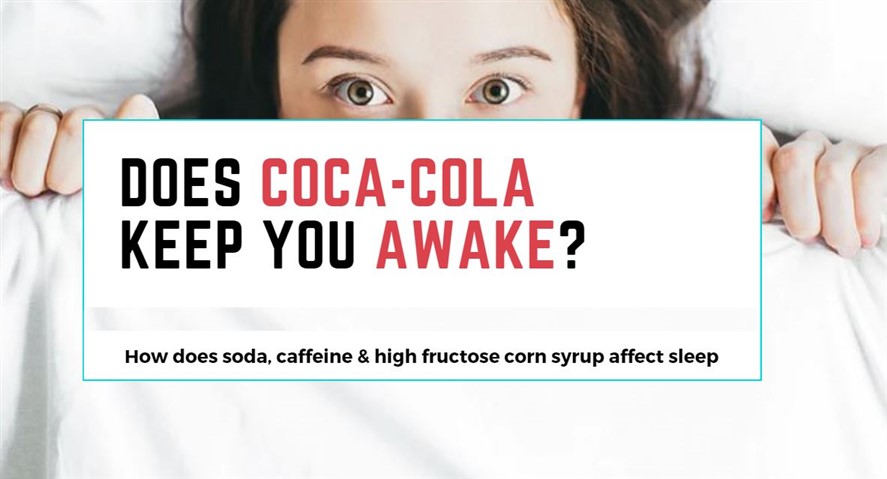 If you’ve ever had to work a double shift or you’re spending a late night studying for that final exam, you’ve probably reached for a reliable source of caffeine to help keep you going.

That can be a cup of coffee, a caffeine supplement, or a nice cold bottle of Coca-Cola.

On the other end of the spectrum, you might also have experienced a sleepless couple of hours, wondering if that Coke you had with dinner is not keeping dreamland away.

Does Coca-Cola really keep you awake?

Those 3 ways Coca Cola will keep you awake are

Let’s explore how and why Coca-Cola (and other non-diet sodas) can keep you awake, for good or for bad.

What’s in that Coca-Cola that could be affecting your sleep?

To understand the first reason why Coca-Cola keeps you awake, you have to look at the ingredient list.

When you look at what is in Classic Coca-Cola, you find this:

In there, you can see Caffeine and High Fructose Corn Syrup, both of which are the primary reason why Coca-Cola will keep you up and working or tossing and turning.

Caffeine keeps you awake in a couple of ways. The first one works like this.

How Does Caffeine in Soda Work?

Adenosine naturally binds to nerve cells in your brain via adenosine receptors.

When they get bound, the nerve cell activity begins to slow down. This also has the side effect of letting your blood vessels in the brain relax and open up more widely, primarily to let more blood in to flush away toxins and help repair natural cell damage.

Caffeine has a chemical shape that is nearly identical to adenosine.

So when you drink Coca-Cola, the caffeine makes its way to your brain and finds a nice cozy home in the adenosine receptors. So instead of you getting sleepy, the caffeine causes your nerve cells to speed up.

So caffeine causes your brain to increase in activity, and because of this activity, the rest of your body thinks that there is some sort of emergency. Your hormonal system starts to kick in, and your adrenal glands get ready for a fight or flight scenario.

This means that you get a burst of adrenaline into your system which produces a lot of physical effects.

Some of these include

This is the reason why caffeine makes your heart beat faster and you find your hands getting cold sometimes.

Caffeine also interferes with dopamine uptake in your brain.

Dopamine is a neurotransmitter that is your body’s natural pleasure chemical.

Caffeine keeps dopamine from being reabsorbed into your system, so you get a pleasant feeling from elevated dopamine levels; at least for a short period of time, which helps to keep you awake.

Another way that caffeine keeps you awake is in its six hour half-life. A single 12 ounce can of Classic Coke has 29 milligrams of coffee.

Six hours after you drink a can of Coke, you still have 15 milligrams of caffeine swirling around your system.

A single can of Coke is equal to a third of a cup of coffee, caffeine-wise, so while you might not get that big of a buzz, it’s still going to be there. 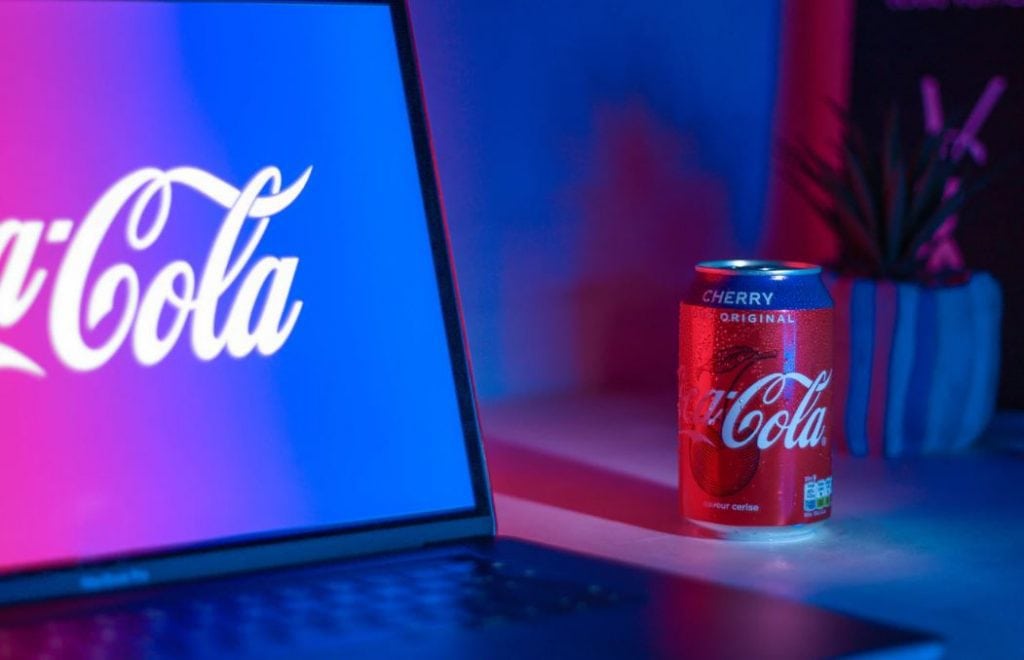 High Fructose Corn Syrup will also keep you awake in the short term as well.

That’s because they are primarily a source of sugar, which is a simple carbohydrate. Simple carbohydrates like high fructose corn syrup cause a spike in your blood sugar, and that spike causes a burst of energy.

That energy spike not only keeps you awake in the short term, it can also cause a sugar crash that makes you sleepy later.

While a sugar crash that makes you sleep may seem like a good thing, your body responds to a crash by releasing adrenaline and stress hormones, which may cause you to wake up due to hunger pangs.

The second way that soda can keep you awake is through heartburn or acid reflux disease.

If you suffer from acid reflux disease or heartburn, soda can exacerbate these syndromes and keep you awake from discomfort. Carbonation in soda can lead to bloating or a feeling of increased stomach pressure.

These symptoms can make GERD and heartburn flare up.

GERD is also a leading cause of nighttime heartburn, which can cause an increase in sleep apnea and insomnia and even restless leg syndrome.

Restless Leg Syndrome is a condition when you have a feeling in your legs that make you want to move them. The primary symptom of RLS is the need to move your legs.

There’s a tingling sensation in your legs and it makes it so uncomfortable that you have to move them to acquire relief.

Sometimes it’s not enough to move and you need to get up and walk around. This keeps you awake because of the itching and tingling sensation.

RLS can also wake you up out of a sound sleep by causing you to twitch or kick as well.

The last way that Coke can keep you awake is if you end up drinking more of it than is good for you.

An occasional soda every now and again isn’t bad, but overdoing it can lead to obesity, which can lead to difficulty sleeping.

Regular sugar sodas are the number one way that Americans get their sugar in their diet. Consider that a single 20 ounce bottle of soda carries about 240 calories from sweeteners alone.

That increase in calories can lead to obesity, which in turn leads to an increase of the risk of sleep apnea, which leads to worse sleep quality and even less sleep.

Sleep Apnea is a sleep disorder where your breathing repeatedly starts and stops throughout the night.

There are three specific types of sleep apnea that can occur when you’re severely overweight.

If you suffer from sleep apnea, then there are ways to treat the malady. This is a more serious long term side effect of drinking Classic Coca-Cola and may require a CPAP device or even surgery to correct it.

Putting It All Together

It might seem like drinking Classic Coke will keep you awake just from the sugar and caffeine, but there are more ways that it can affect you than that.

Soda can exacerbate acid reflux disease and heartburn and even cause bouts of restless leg syndrome.

On top of that, a lot of sugary soda causes an increase in weight gain, which can lead to sleep apnea and the resulting insomnia as well.  These combinations make be what will keep you awake

Using a can of soda as a temporary boost to keep you awake in an emergency is a viable way, just like drinking a couple of cups of coffee.

Just make sure to do it in moderation so you can avoid the long term effects of sugary soda to your sleep and general heath.