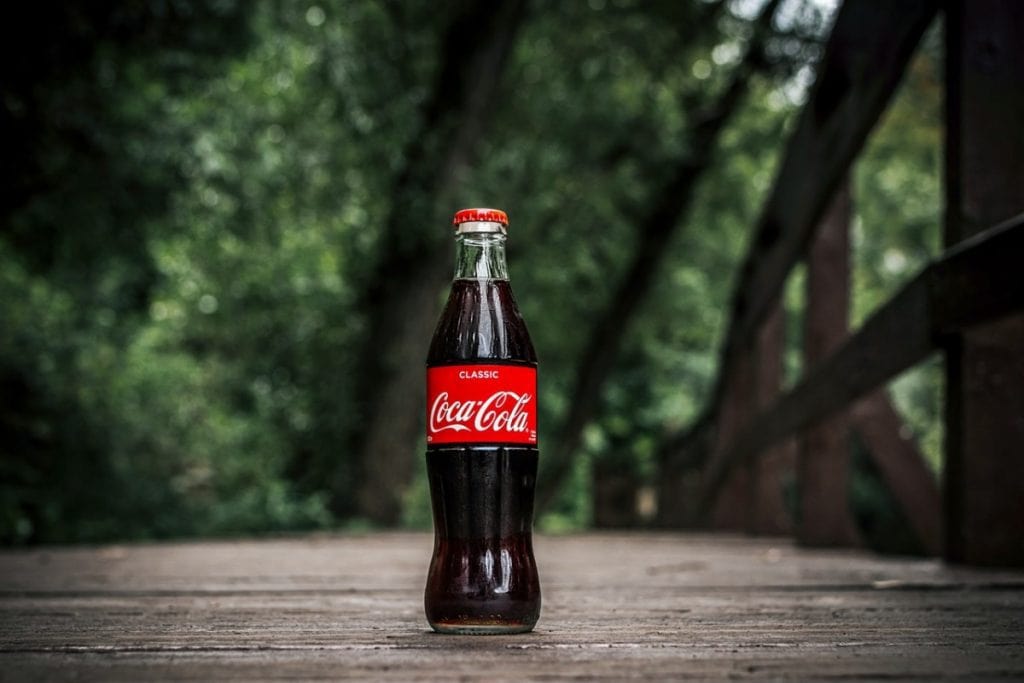 A bottle of Coca-Cola might seem affordable today in other carbonated beverage Companies, particularly if you get it at a grocery store with low prices. But even the cheapest bottle of Coke is exorbitantly expensive compared to the initial price that the beverage was offered back in 1886.

So how much did Coca-Cola cost when it first came out?

The first bottled Coca-Cola product was sold for five cents. This was a reasonable price for the contract in 1886, but it quickly became outraced by the constantly rising tide of inflation.

However, due to a goof in the contract, the five-cent price of Coke would end up remaining consistent for over 70 years because of its classic formula.

This had lasting effects on the soft drink industry and the Coca-Cola company as a whole. While it ended up causing positive side effects overall and into the future, initially it was the source of much financial strain on the company, and several attempts were made to circumvent the specifications in the contract. Although the price of Coca-Cola eventually rose, the period of time when it remained just five cents a bottle was never forgotten.

When Was Coca Cola 5 Cents? 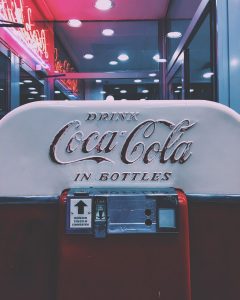 Coca-Cola Classic plastic bottles’ a famous beverage only cost five cents for a 6.5-ounce glass or bottle between the years 1886 and 1959. 5-Cent Coca-Cola period was an unprecedented period of price stability that hasn’t been seen since its occurrence. While Coca-Cola eventually had to increase its price, the fact that it remained just a nickel for so long has impressed and confounded economists and consumers alike.

The real reason for the price stickiness stems from a single meeting in 1899. After Coca-Cola took off and proved itself to be a reliable and profitable product, Benjamin Thomas and Joseph Whitehead approached the Coca-Cola president, then Asa Candler.

Thomas and Whitehead were lawyers who were attempting to buy the bottling rights for the Coca-Cola Executives Company.

They wanted this contract because soda fountains were fast becoming the method from which most consumers drank their soda in those years. A contract with the Coca-Cola Company would be a very lucrative deal for the lawyers and their bottling clients.

For whatever reason, Asa Chandler ended up parting with the bottling rights for Coca-Cola for a one-dollar fee. In addition, he signed a contract written up by the lawyers that stipulated a five-cent price per bottle.

The contract had no expiration date, meaning that Thomas and Whitehead could sell Coca-Cola cold drinks for five cents per bottle effectively forever.

The reasons why Chandler did this are unclear. It may be because Chandler did not think that bottling Coke would end up producing much of a profit for the company.

Another story suggests that Chandler simply wanted the lawyers out of his office as soon as possible.

Whatever the reason, the contract was signed and the deal was struck. Due to the terms of the contract, Coca-Cola would only get five cents per bottle no matter how expensive the other parts of the bottling process became. This ended up causing quite a financial bind for Coke since bottling eventually took off and became quite profitable indeed.

But as bottling became popular, the price for manufacturing and distributing also rose while inflation increased, raising prices in all aspects of the economy. Coca-Cola system was starting to lose money as a result of Chandler’s contract.

The solution for Coke was to engage in one of the most intense marketing campaigns of all time.

Using billboards, signs, and commercials, Coca-Cola Classic began to market itself as an affordable five sent drink no matter what.

The gamble appeared to pay off for several decades, as Coke became so popular that many people would pick up a Coke due to its cheap price tag. 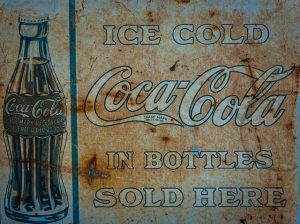 The price for Coke remained five cents for even longer because the vending machines that dispensed the Coke bottles were built to accept nickels.

Coca-Cola Prices Through The Years

In 1950, Coca-Cola owned over 85% of all the vending machines in the US since the invention of its Secret Formula by John Pemberton. The overall cost of retrofitting all of the vending machines across America would end up costing Coke quite a hefty sum. In addition, there was no guarantee that people would buy as much Coke if they didn’t have the easy exact change of a nickel.

One of the more desperate attempts to fix things involved asking the US Treasury Department to mint a 7.5-cent coin in 1953.

Such a coin would allow the Coca-Cola company to charge 7.5 cents for a bottle of “Old” Coca-Cola Stock at their vending machines since such a price would still be payable with exact change and one coin. However, this appeal was rejected soundly.

Despite all of these setbacks, Coca-Cola still managed to turn an overall profit simply due to the huge amount of soda that they were selling year after year. Coke’s runaway success was what allowed the company to maintain its five-cent price point even as inflation continued to rise and strain on the executives and investors mounted.

In the end, it wasn’t until 1946 at the price of Coke finally rose for the first time in over 70 years, and not until 1959 that the majority of Coke sellers raised their prices as well.

The Inevitable Increase Of Coca Cola 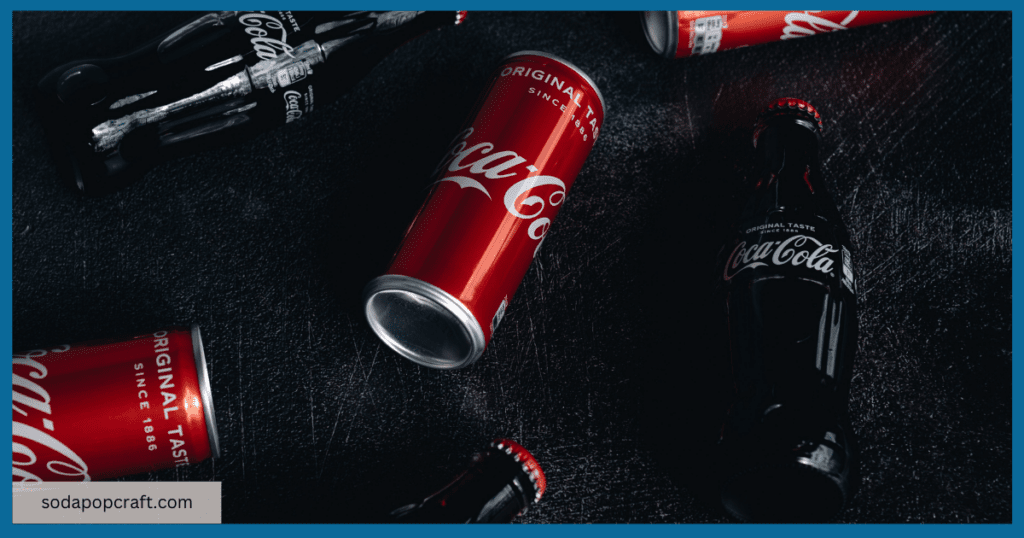 As production costs began to rise in the late 1940s, many of the companies that bottled Coca-Cola brand products began charging $.90 to one dollar per case instead of the traditional $.80 per case that Coca-Cola had operated with since bottling began.

This meant that the cost of a bottle of Coke had to increase in order for the Coca-Cola Company to make any profit at all. Coca-Cola resisted this for as long as possible but eventually began rolling out a price increase that started in Los Angeles in 1946. Other counties in distribution centers soon followed, and in 1959 all stores sold Coke for between $.06-$.10 a bottle.

The late 1950s and into the 60s also saw another technological development that allowed Coke to raise its prices. Since vending machines required exact change for a customer to receive a bottle of Coke, the Coca-Cola Company could not raise the price until vending machines could reliably dispense change.

Once this technology was incorporated across their vending machine network, they were able to raise the price to points above five cents but still below $.10, such as $.06 and $.07.

While renegotiation with the soft drink manufacturer or bottling companies was successful to some degree, the rising tide of inflation meant that the five-cent Coke bottle was always going to be replaced eventually. It still enjoyed an unprecedented period of success and helped to define the soft drink industry and earned its place in the psyche of the American people and the world at large. 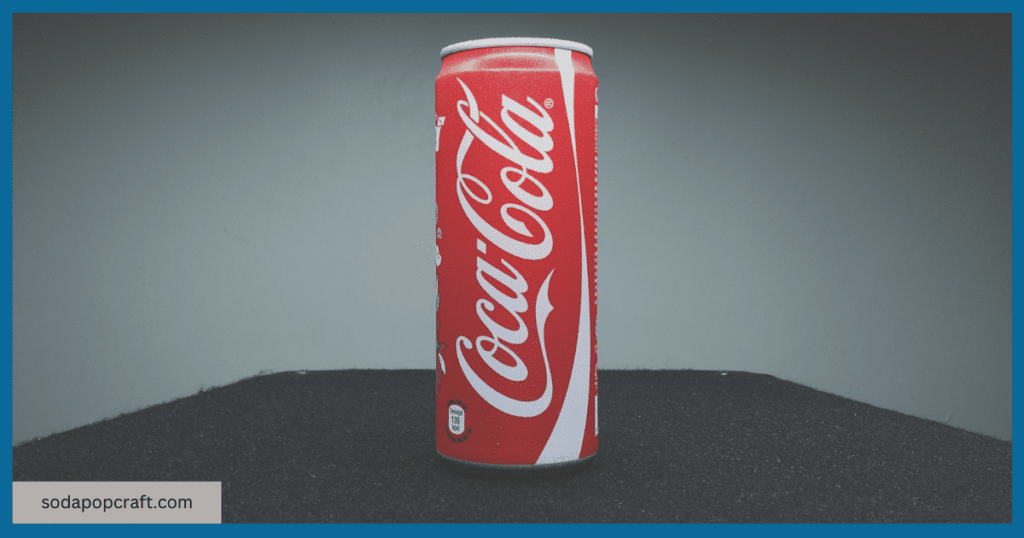 The five-cent nickel stickiness that Coca-Cola Classic experienced actually ended up having a net positive effect on the brand as a whole. While it may have harmed the soft drink manufacturer or company in terms of short-term profits, the low price of Coke turned into a household beverage and earned the brand millions of lifetime consumers who would stick with the soft drink even as the price rose.

Coke’s easy accessibility and spread across the world are one of the reasons that it has survived the tumultuous recessions of its past.

Although it stumbled with New Coke, the brand is still going strong and millions of people drink Coke every day.

Being so available for so long meant that Coke was a more economical option than Pepsi and other major soda or cold drinks competitors during the critical decades of the 60s to the 80s.

There was a sudden change in the price of a can of coke over time. The price of coca-cola in 1970 changed.

The nickel price had been stable for almost 70 years.

In perspective, Andrew Young believes it was a good thing for the company.

It’s one of the reasons Coke is so popular nowadays. The corporation was unable to raise the price until the 1970s.

How Much Does Coca Cola Cost Today?

Nowadays, Coke’s price for a 12-ounce bottle ranges from anywhere from $1.30 to $1.75 depending on the vendor and the method of dispensing. While this is almost double the size of the original 6.5-ounce bottle that was sold for five cents, even half the price of these larger bottles is still much higher than the lower 5-cent cost of yesteryear. 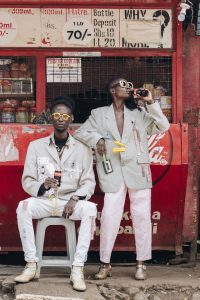 This is true even though manufacturing advancements in technology and process have enabled the cost of Coca-Cola’s bottling to be cheaper than ever. The original situation, in which the Coca-Cola company was losing money due to its low prices, has been reversed. In today’s time, the company is making more money now than ever and can prepare its products for distribution at far lower pricing points than it ever imagined.

Coke is sold in higher quantities and bigger bottles today than ever before, largely due to consumer habits and the rising costs of inflation. It’s likely that Coca-Cola Classic will continue to raise its prices incrementally along with the rest of the market until the world economy as a whole experience a reverse in inflation.