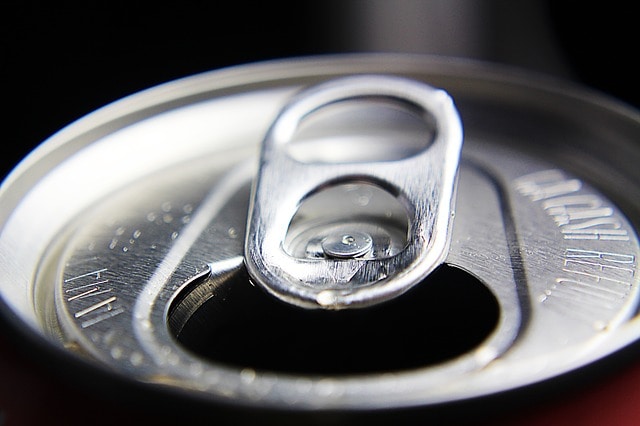 Everyone knows that flat soda is no fun at all.

In fact, there are few things more disappointing than opening up the fridge and hoping for a cold bottle of soda only to realize that the carbonation has fled the container and left the resulting beverage boring and uninteresting.

The introduction of the SodaStream beverage maker has long been recommended as a solution to this woe.

The SodaStream drink maker is a simple tool designed to add carbonation to a bottle of chilled water.

It’s meant to be used with regular water only, with the idea being that you add syrup flavoring to your custom soda after carbonation has taken place.

So can you use SodaStream to carbonate flat soda?

Technically, yes. Although the SodaStream manufacturers don’t recommend that you do this.

That said it’s perfectly possible to fit a bottle of flat soda under the carbonation nozzle and rejuvenate the beverage to be as good as new.

The only trouble is that this effort is frequently accompanied by a big sticky mess. 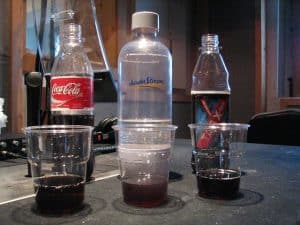 Essentially, you have to do this carefully and slowly so you don’t turn your kitchen into a soda-splash nightmare.

Unlike regular carbonated water, soda water contains plenty of sugary compounds that can complicate the carbonation process and could make the SodaStream machine malfunction.

You’ll most likely need to perform a little maintenance and cleaning later, so be careful.

How Does SodaStream Work?

SodaStream machines come with everything you need to operate them straight from the box (with the exception of some flavored syrups, although some packages do come with testers ).

All you end up needing to add is cold water.

To begin, fill your Soda bottle with fresh cold water.

Essentially, it’s easier for carbon dioxide to fully diffuse into the beverage with cold water.

In addition, warm water will cause the carbon dioxide to fizz away more quickly.  If you do find your Sodastream isn’t fizzy enough then check out my other guide here. 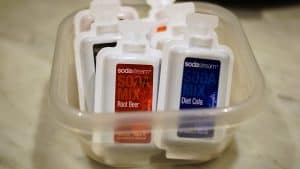 Be sure not to overfill your SodaStream water bottle, as this can cause issues with the nozzle.

You should insert the bottle into the water maker apparatus once it’s been filled.

You need to press up and push the bottle into the small indentation in the apparatus until a latch catches on the bottle. There should be a satisfying click.

The carbon dioxide gas is sourced from the gas cylinder installed in the machine.

Thankfully, these gas cylinders can be exchanged for fresh cylinders at lower prices than normal at select retailers.

In most cases, you add the flavor to create your personal soda after you’ve carbonated a bottle of water.

Flavored water necessarily includes sugar and other molecules that will be disturbed by the carbonation process.

If you watch your SodaStream machine closely, you’ll see that the carbonated water bounces around erratically and splashes everywhere over the gas nozzle.

The inclusion of these various flavored molecules and compounds could lead to several accidental side effects and make the process much messier than you may intend.

For best results, carbonating your water beforehand and adding flavor afterward, as recommended, is the way to go.

No electricity is needed for this overall process since the SodaStream machine merely forces carbonation into your water bottle.

Because of this, taking your SodaStream machine from place to place or using it during a camping trip is actually quite possible.

So, what might happen if you try to carbonate flat soda or a beverage that already has some flavoring included?

The most common of these side effects is that the gas nozzle and potentially much of the SodaStream apparatus will be covered in a sticky or sugary residue left behind by the flat soda.

This residue will take onto the mechanical parts and potentially push up into the gas nozzle mechanisms.

Either way, you’ll need to thoroughly clean your SodaStream machine in order to ensure that the parts remain functional and the gas nozzle isn’t blocked by any sugar that cakes or solidifies over the nozzle opening.

A blocked nozzle will prevent carbon dioxide from being added to your water effectively.

You also may experience a much higher amount of pressure upon immediately removing the SodaStream bottle from the nozzle.

Flat soda and other beverages will often bubble up much more vigorously than regular water due to reactions between the carbon dioxide and their included ingredients. 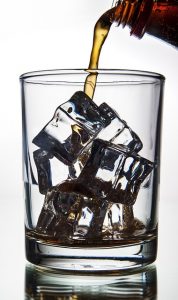 If you’re set on carbonating flat soda or flat beer, it’s likely a good idea to only fill the SodaStream bottle up to about the halfway point to make more room for the reactionary processes.

This will prevent the bottle from overflowing and spilling soda all over the kitchen counter.

Try to avoid turning your kitchen into a mess by removing the freshly carbonated soda slowly and carefully from the nozzle.

If you remove the bottle slowly from the nozzle, like you would uncap a soda that has been shaken, the pressure will be released gently and eventually become soft enough for full removal.

In the event of an overflow, soda may leak from the SodaStream bottle or the pressure may cause the bottle to rocket off the machine stand where it’s locked. In this case, the entire machine might fly off the counter and crash to the ground.

No matter what, it’s always a good idea to have some kind of soft cleaning implement in place in order to dab up any small messes or spurts of carbonated water that might fall from your efforts.

In order to clean your SodaStream beverage maker, soak a soft cloth in lukewarm water and avoid using any sharp tools or abrasive cleaners.

Instead, take the cloth and gently wipe down all of the exposed parts of the machine to remove sugar or other contaminants from its surfaces.

You may need to take the SodaStream machine apart and clean the interior of the carbonation nozzle to fully remove the residual sugar or sticky soda remnants that were likely left behind when you carbonated the flat soda.

Whatever you do, don’t submerge the SodaStream in water or throw it in your dishwasher.

Despite not running on electricity, it has many delicate parts that are not designed to withstand the high temperatures and soap present in commercial dishwasher machines.

You can, with practice and patience, carbonate many things other than flat soda using your SodaStream Carbonated Beverages maker or SodaStream Sparkling Water Makers. 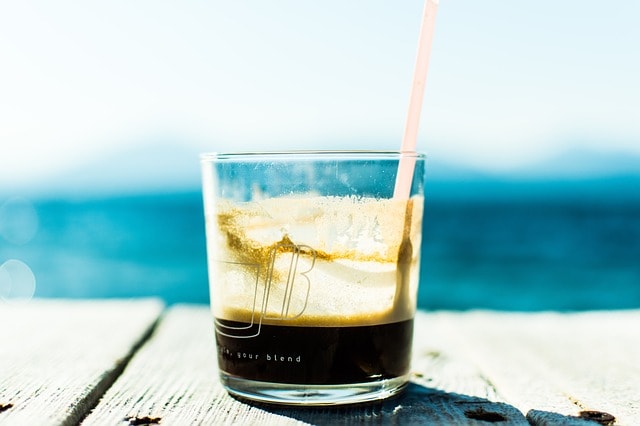 You can carbonate coffee in order to replicate the vanished Coca-Cola Blak, which used to be a Coca-Cola beverage flavored like coffee.

While coffee-flavored soda is rare, making your own is relatively easy.

Simply fill the SodaStream bottle about the halfway point with cold-brewed coffee.

While you can use hot coffee for this process, you must chill it in your refrigerator for some time before beginning.

Otherwise, the carbonation will not fully take effect.

Begin carbonating the coffee like you would regular water, but watch the bottle carefully to prevent overflow.

You will likely need to remove the bottle even more carefully than when you carbonate flat soda, as coffee tends to bubble much more than other liquids.

Note that the pH level after carbonating the coffee will change the flavor of your chosen brew.

It may be that certain types of coffees taste better than others. In most cases, your coffee will taste notably more sour than before.

Tea is another popular choice for adding some sparkly carbonation.

Tea generally doesn’t fizz nearly as much as the other alternatives to soda.

You should still only fill it a little over the halfway point, and remember to make sure that the tea is properly chilled from a spell in your refrigerator.

Use the carbonation button carefully and slowly.

Adding flavor after carbonating the tea is preferred since you’re less likely to make an explosive mess or leave a residue on the SodaStream’s carbonation nozzle .

Some people have even tried to carbonate MILK!  – seriously, I mean that just sounds terrible doesn’t it?

And more importantly, it never turns out all that well – check this out for more on why that is

The above guidelines can be used for just about any beverage provided you have the patience and practice necessary to pull it off without making a huge mess (or over carbonating like this.)

Remember to clean your machine if you think some of the beverage has traveled up into the nozzle itself.