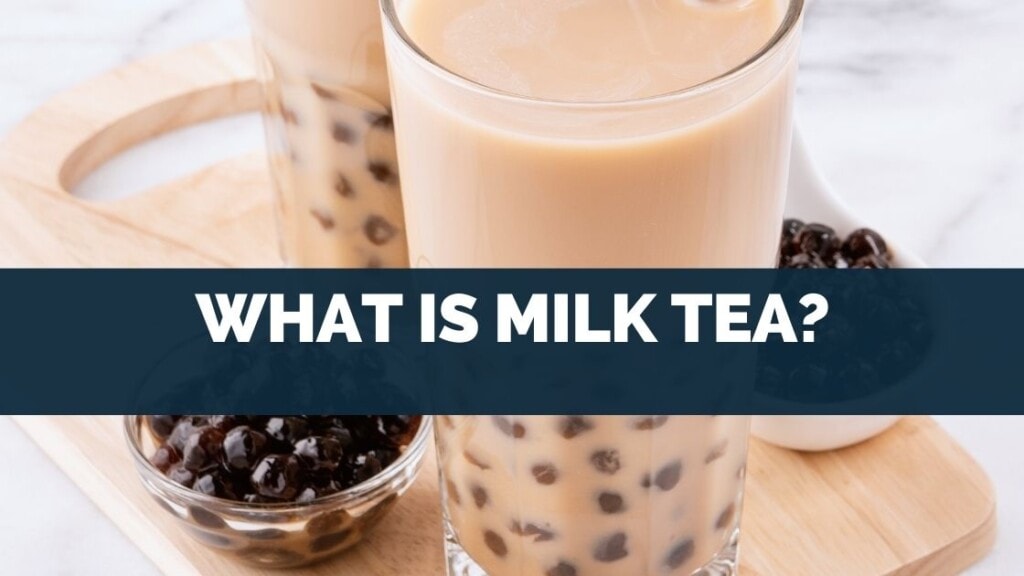 For generations, milk tea has been a popular beverage in regions like Southeast Asia.

Soon, it hit the western hemisphere, and the milk tea revolution quickly took off.

Milk tea has long been a popular and tasty beverage in many nations, so if you order ‘tea’ wherever in Asian countries like India or China, you’ll get it with milk, as opposed to the traditional British beverage which is simply the tea base.

Any tea beverage that has milk poured into it, is called “milk tea.” It could be as simple as a bit of milk in a pot of tea n medium heat, or it can be a multi-ingredient preparation, such as the famous boba milk tea or masala tea(tea with milk added).

Milk tea is exactly what it sounds like – tea with a significant amount of milk in it.

For example, it gives black tea or green tea a creaminess and a hint of sweetness.

What is milk tea made from? 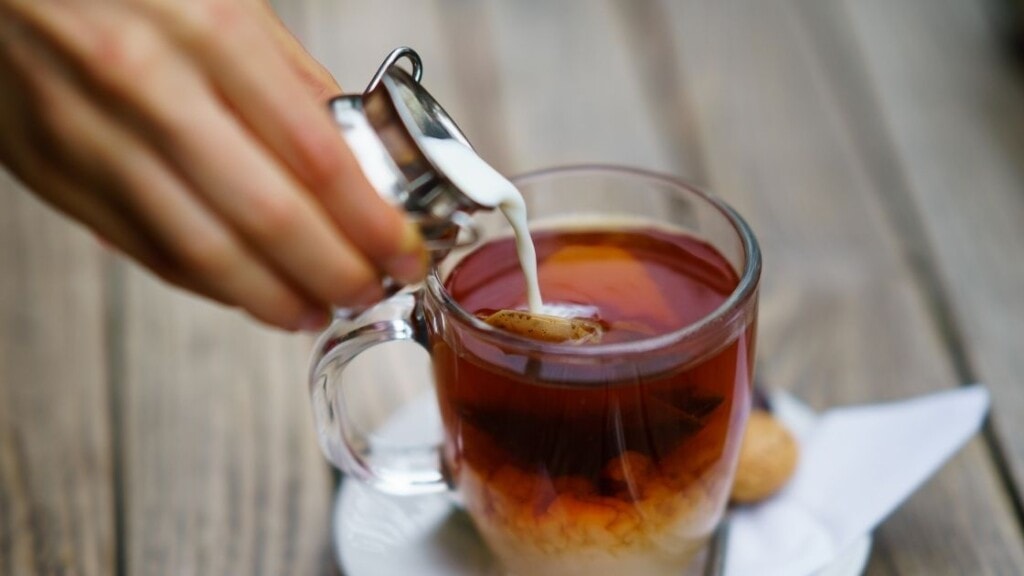 Milk tea could be as simple as a cup of black tea topped with milk, but it could be as sophisticated as Taiwanese milky bubble tea, boba tea with fruit juice, or iced Thai milk tea or tea with milk.

The tea is made normally with loose leaves tea bags and hot water, while the rest of the ingredients like brown sugar syrup are added to give it a much more unique flavor.

Some fancier milk teas like the pearl milk tea have boba pearls in them, usually made out of taro, chewy tapioca pearls made of cassava root.

They are a popular drink (Black milk tea) all over the world but be warned, they can be surprisingly sweet!

The milk can be cow’s fresh milk, soy milk, almond milk, or any other plant-based milk, and the tea can be black tea, green tea, or oolong tea.

It can be made with just milk and tea, or with sweetener (Brown Sugar) and flavoring added.

It really boils down to your personal preference so try a few milk tea recipes and decide what works for you!

Milk tea is a popular drink in many countries, especially in Asia.

It can be served hot or cold and is often enjoyed as a snack or a dessert- but not as fresh juice.

There are many variations of milk tea, and it can be customized to suit individual tastes.

In several parts of the globe, adding milk is a common way of serving tea, a simple way to spice up the regular cup of tea with egg pudding.

Milk helps in balancing out the slightly bitter & tannic taste of black tea, adding a creaminess, black sugar, and a smoother touch to the palette.

Is milk tea made with real milk? 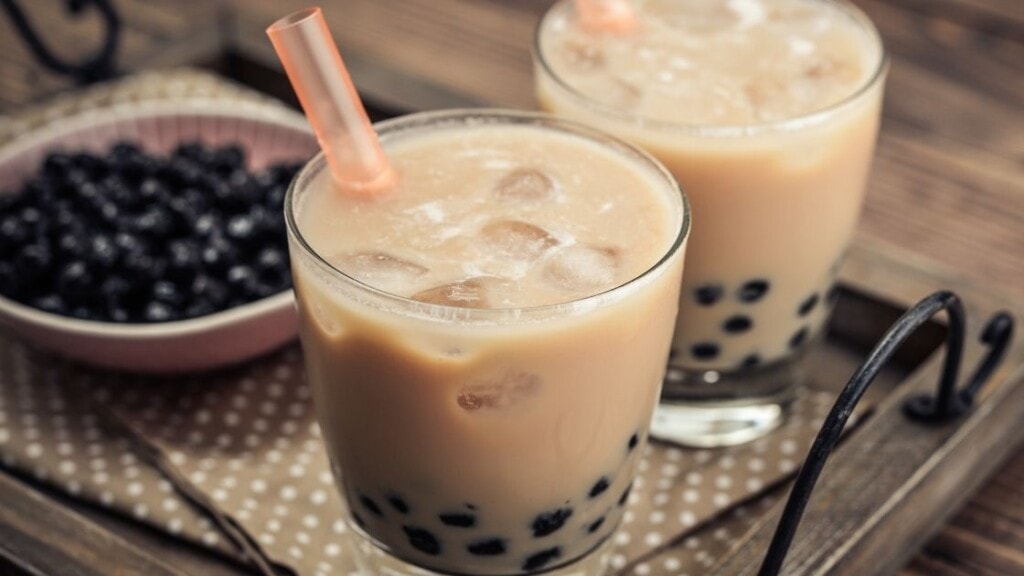 If you enjoy dairy products, then whole milk is the best alternative, without any doubt.

The freshest and whole cow milk is considered the best form of milk to make a delicious cup of tea.

However, Asia has a high percentage of folks that are lactose-intolerant and have to use soy or some other plant-based, non-dairy alternative.

The tea mixture is combined with the milk (or milk substitute) and then typically sweetened with simple syrup, Brown Sugar, or honey.

There are variations of milk tea that use different types of tea, such as black tea, green tea, Boba Tea, or oolong tea. Some variations even use a blend of different teas.

Almond milk is way better than dairy milk and milk powder for your health.

High in vitamins, enzymes, and other antioxidants, many people who don’t eat or drink dairy found this to be the perfect complement to tea.

In addition, almond is creamier than other milk varieties, often also tasting lightly different and having pleasing aromas.

Rice or oat milk are other options if you prefer a malty and salty flavor with the tea.

Cashew milk is a thicker, creamier option if you like a more full-bodied flavor.

What kind of milk is used in milk tea? 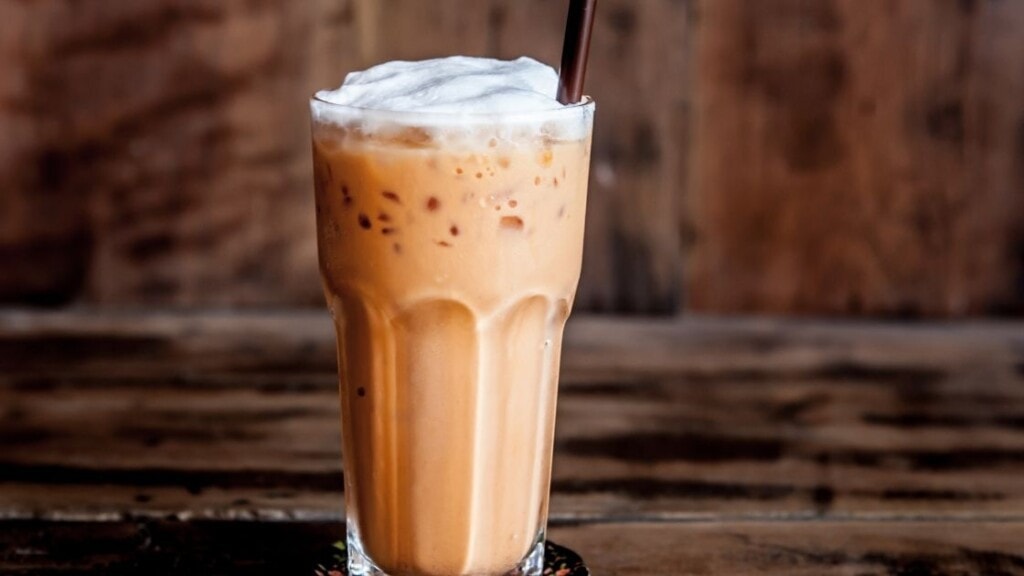 While most commonly cow’s milk, there are several kinds of milk used in milk tea.

Boba and pearl drinks (types of milk tea) are commonly soy or cow’s milk, while condensed milk is used for Thai milk tea (delicious drink) which is popular across Asia and Sri Lanka.

In lighter teas, non-dairy creamer or cream cheese is used instead, together with a small amount of white sugar or Brown Sugar.

Coconut milk can also be used, but coconut milk has a strong flavor that potentially overwhelms the tea flavor in taro milk tea.

Regular cow’s milk has always been the best alternative with most teas.

Full heavy cream is required in so many tea preparations, for example, in India, they drink a type of tea that requires full-fat cream.

Goats, buffalo, and yak’s milk are all dairy substitutes for cow’s milk.

If you’re brewing specialty milk teas, the amount of good fat inside the dairy plays a crucial role in enhancing the flavor.

However, many Asians are lactose intolerant, making cow’s milk unsuitable for frequent or widespread use.

These substitutes are typically derived from nuts, peanuts, legumes, or wheat and have a texture comparable to ordinary dairy.

Sterilized milk is also another option, that is, milk that has been boiled to kill any bacteria or other organisms present in it.

This makes it a safer choice for people who are lactose intolerant or have other food allergies, as it reduces the risk of them contracting an illness from the milk.

Is milk tea the same as tea with milk? 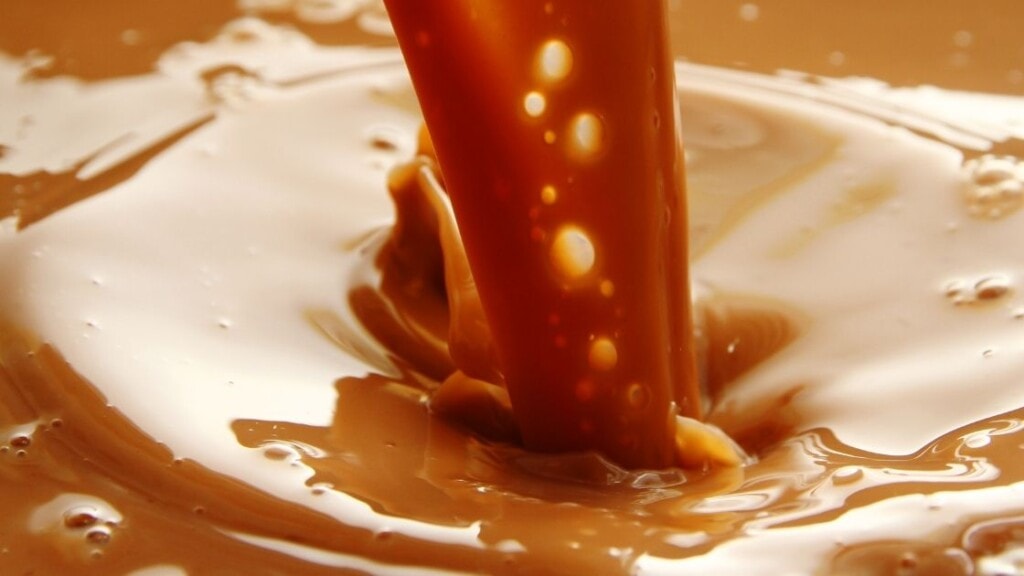 Ask any culture what their version of “tea” is and you’re likely to get hundreds of different answers.

The term “milk tea” is used rather loosely, and while it commonly refers to tea with a splash of milk, many cultures have their own interpretation and unique way of enjoying their tea.

Milk tea use has expanded greatly, largely attributed to the growing popularity of other beverages like classic boba, pearl, and bubble teas that have started out as Taiwanese drink but has since become a trend that is now found all over the world, even as far as North America, taking the United States by storm.

Gone at the days of “tea” simply meaning an earl grey or jasmine tea sipped purely on its own or with a sugar cube.

Now, these specialty drinks found in bubble tea shops all come with different names, but they basically mean the same thing and are often used interchangeably.

Boba, bubble, or pearl teas are milk teas with “boba” or “pearls”, often made from taro or tapioca starch. At times, aloe vera or grass jelly can also be used.

Here are some of the common ways that different cultures enjoy their tea.

Bubble Tea is a fun drink that originated in Taiwan during the 1980s.

This tea is gaining popularity due to intriguing small balls called boba or bubbles, just at the bottom of the glass.

It’s made with black tea, milk, some kind of white sugar, and cassava root.

There are thousands of variations of bubble tea, even though there are some classics.

Masala Chai is an Indian spiced tea, which has become increasingly popular, made with powdered milk.

Black tea, milk, and numerous spices like cardamom, garlic, cinnamon, Brown Sugar, and ginger are simmered in the traditional method, then strained into mugs.

British Milk Tea is a popular beverage and is occasionally offered with a splash of milk.

Hong Kong Milk Tea or Thai Milk Tea is one of the most common teas drunk mostly in Asia.

This tasty beverage is simply made by adding condensed milk to a conventional cup of tea.

This is one of the sweetest teas!

To lessen the sweetness, evaporated milk is often used as a substitute.

This tea can be served hot or cold.

Is milk tea and bubble tea the same? 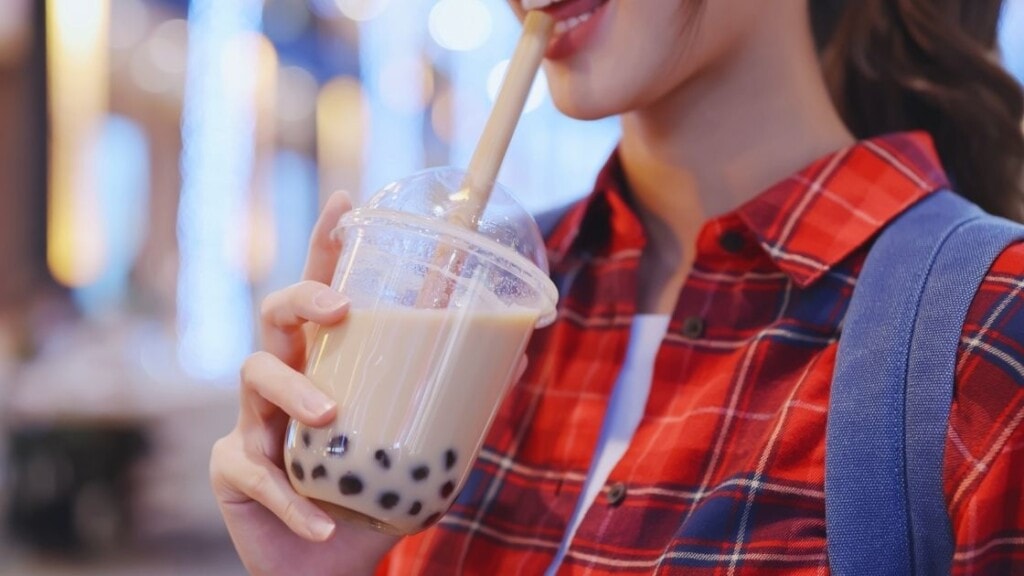 The term “milk tea” is used broadly to basically describe any tea that has milk added.

Different cultures have varied interpretations and their own unique version of milk tea.

Boba Tea, bubble tea, or pearl milk tea is a milky tea containing tapioca pearls at the bottom that you suck through a super fat straw.

It comes in various flavors, ranging from traditional black tea to fruit, floral, and sweet mixtures.

While boba tea could be prepared without any milk, in many parts, it is commonly served with dairy or condensed milk.

The iced form is the most common way to sell this beverage.

Honeydew, mango, strawberry, and passionfruit are among the most popular bubble tea flavors with white sugar.

Thai milk tea is a hugely popular beverage and can be served hot or cold.

The masala chai of India, which is made up of milk is also served hot, as it enhances its flavors when drank hot.

Because it adds a sweet taste and a creamy mouthfeel, milk is among the most preferred tea additions worldwide.

To cut the bitterness of some teas, including strong black tea and Indian Assamese teas, milk is often provided. Assam milk tea is also a popular tea in several regions of the United Kingdom.

Although tea can be produced with various teas, black tea has been the most commonly used.

Adding milk to it can result in milk tea, which is usually served hot all around the world. And well-known Chinese Breakfast Tea.

When milk is added to tea, the flavor becomes less astringent and bitter.

This is because milk binds to many of the harsh molecular elements found in tea while masking a few of the tea’s tastes.

Tea is known for its many health benefits. Some of these benefits include reducing the risk of heart disease, helping to lose weight, preventing cancer, and improving brain function.

Tea also contains antioxidants, which help to protect the body against free radicals.

However, dairy is also high in fat and calories. You won’t need too much milk to reap the benefits.

Try switching to plant-based milk like soy, almond, and rice milk for an experiment on the different types of milk to use, to see what works for you!