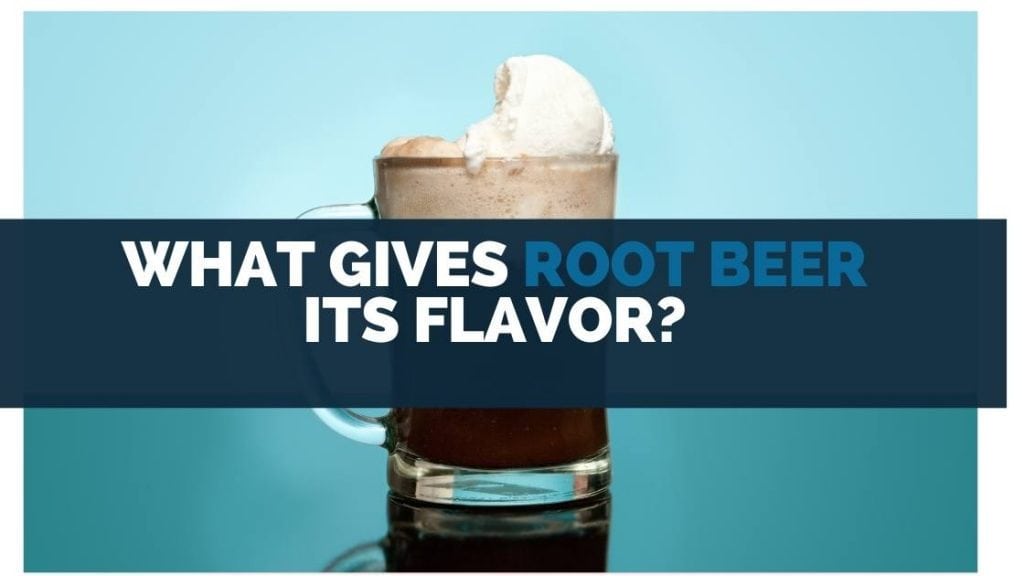 ROOT BEER is a classic soft drink that has stood the test of time and is ingrained in American culture.

Distinctive, sweet and carbonated, and predominantly non-alcoholic and caffeine-free.

It has been around for centuries, but if you rewind the time, you will find that Root Beer was a very different commodity.

It was mainly taken for health and medicinal purposes as far back as the 16th century.

But what about its taste, where does the root beer flavor come from?

The primary flavor of aromatic Root Beer came from the root bark of the Sassafras tree or vine of the Sarsaparilla plant.

Licorice extract was added as a flavor-enhancing ingredient.

This made the bold and bitter taste of the Sassafras and Sarsaparilla more subtle due to the natural sweetener in licorice root called ‘glycyrrhizin.’

The taste of Root Beer today can vary from large-scale manufactured brands to small-batch brewers who put their own inventive twist on recipes, adding extracts of botanical plants and herbs like mint, wintergreen, nutmeg, cinnamon, clove, as well as adding vanilla, honey, or molasses into the mix.

Homebrewing by traditional techniques – culturing a concoction of roots, bark, sugar and spice and all things nice, and bottling to begin the fermenting process – is a rare and nearly forgotten skill.

The best and most popular way to drink Root Beer is to pour it out into a glass, like a beer, to gain a bubbly thick, foamy head (that is, of course, if you are drinking the proper stuff).

Commercialized Root Beer that is carbonated, not cultured, would be drunk ‘as is’ as a regular soft drink or served with ice.

Let’s not forget the ‘all-American’ original Root Beer Float, prepared with ice cream and fondly referred to as a “Brown Cow.”

There is even a day dedicated to Root Beer Floats, the 6th of August (so put it in your diary).

Is Root Beer the same as Sarsaparilla? 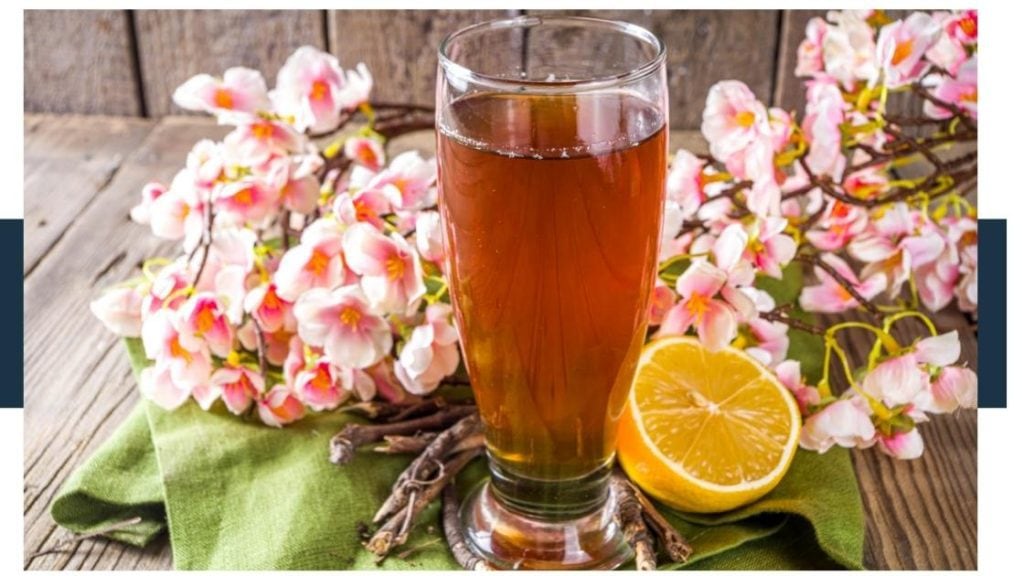 Their separate origins are often mistaken due to their similar taste, herbal and woody.

Though by their distinguishing differences, they are set apart, being two different botanically categorized plants.

Sarsaparilla [Smilax Regelii] is a tropical plant that is a climbing woody vine that grows deep in the canopy of rainforests. Sassafras [Sassafras Albidum] is a small-to-medium deciduous tree that can grow singularly or as a shrubby thicket in open woods and along roadsides.

Both are native flora to North America by large and were discovered by the Native American Indians.

An important material that is found mainly in Sassafras but also in Sarsaparilla’s plant matter is an organic compound called Safrole, a colorless oily liquid.

Safrole has a controversial history, which is explained in further detail and makes for interesting reading. So let us continue.

Why is Sassafras banned? 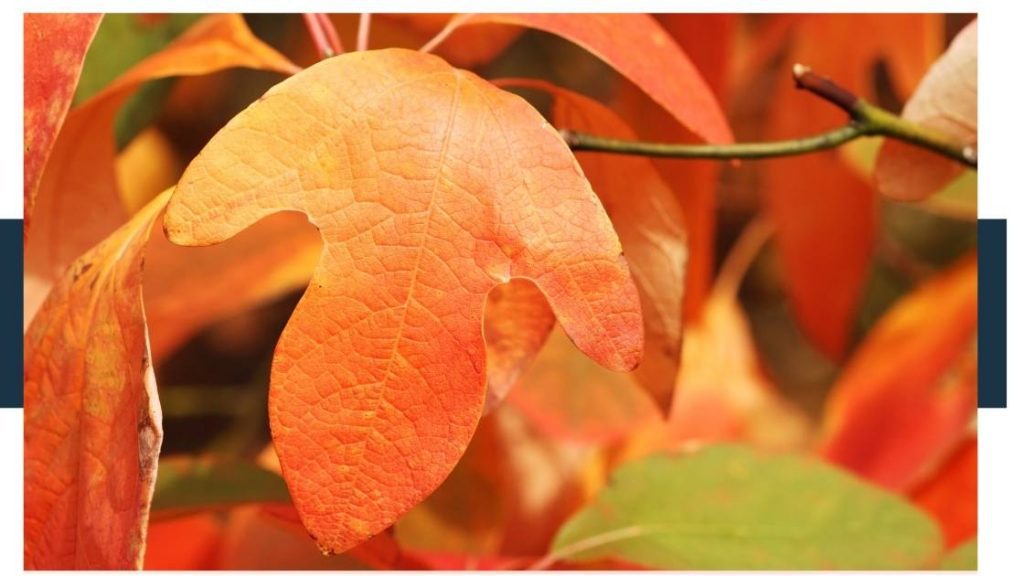 Sassafras is one of the main natural sources of Safrole.

Sassafras was once widely used as the natural extract and main ingredient for root beer and herbal tea, but the main compound of Sassafras, Safrole, has been banned since 1960 by the US Food and Drug Administration, and many other countries followed.

Safrole, in high doses, was found to be toxic and hence a health risk and was termed Carcinogenic.

These days Root Beer is Sassafras-free and does not contain pure forms of Sassafras but rather artificial forms of flavoring to imitate the taste.

Safrole is on the ‘hot lists’ of chemicals under the United Nations Convention Against Illicit Traffic in Narcotic Drugs and Psychotropic Substances.

And if you’ve ever wondered does root beer have caffeine then check that post out..

The pure form of anything is better than an artificial substitute, is it not?

Ironically, Safrole has a characteristic ‘candy-shop’ aroma, which added to the appeal as an ingredient in Root Beer.

What is the origin of Root Beer? 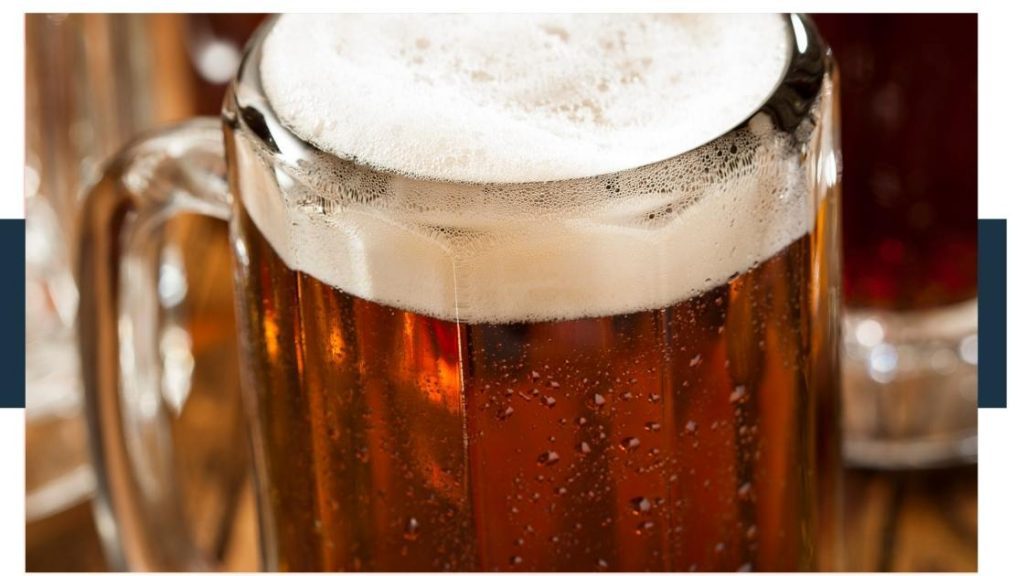 We know the original roots of Root Beer stem as far back as the 1500s when it was discovered by the indigenous people of the Americas.

The Spaniards were among the first Europeans to explore the New World, and when they learned of the plant from the native Americans, they named it Sarsaparilla from the Spanish word “zarzaparillia,” meaning ‘brambly vine.’

During the time of late Mediaeval Europe and the American Colonial era, spanning from the 16th century through to the 18th century, a variety of Root Beers were brewed, including Sarsaparilla Beer.

The later origins of Root Beer recipes were that of a brewed and fermented handcrafted “small beer” using bark, berries, and herbs.

The alcohol content was seeming of an acceptable level, to be labeled a light drink, purely for social purposes.

“After signing this Constitution, shall we go to Washington’s place for a pint?

I hear he brews a tasty one.”

Root Beer was also said to have been consumed because of rampant water pollution and the lack of water sanitation at the time, so to avoid getting sick, people would drink Root Beer instead of water, coining the phrase ‘super water.’

Gone are the days when it was acceptable to drink ‘beer’ for water. Imagine the ‘8×8 Rule’, the recommendation that a person should drink eight servings of 8 ounces of water each day’.

Are we living in the wrong era?!

History claims that the original version of Root Beer was an accidental invention, inspired by a pharmacist who wanted to create a miracle, cure-all tonic.

It was apparently rejected by the public, gaining little attention.

Root Beer, as we know it today, was derived from an original brand of Root Beer that was almost labeled a ‘Root Tea.’

Initially made into a liquid extract to use in soda fountains, it was then transformed into a bottled version by the ‘father’ of Root Beer and went down in history as one of the oldest living sodas.

It was decided that the term ‘Root Beer’ would be more appealing to the working class, specifically the coal miners at the time, even though it was non-alcoholic.

Its founder was a teetotaller named Charles Elmer Hires, and it was first introduced in 1875.

Root Beer is a bit like Marmite (you know, that spreadable British ‘institution’) – you either ‘love it or you hate it.’

Either way, it is a long-standing iconic refreshment, and it isn’t going anywhere.

(Funnily enough, Marmite is also a by-product of beer brewing, which is worth a mention!)