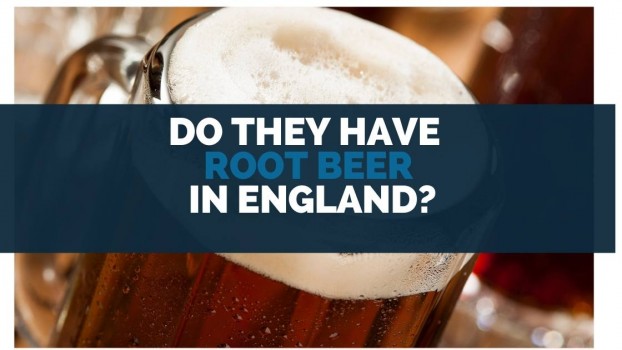 I’ve been learning a lot about root beer recently, it’s a very common soft drink in the USA, but what about the rest of the world and in particular England.

Can you buy root beer in England?

Root beer isn’t as popular in England as it is in the US, or North America however, you can still buy the A&W brand of it online in the UK on Ebay.co.uk, and Americanfizz.co.uk.

You can also buy in larger Tesco and Asda stores throughout England.

These UK grocery stores are similar to what Walmart is in the US. or North America.

It’s not readably available everywhere in the same way is in the states but you can find it if you go looking for it.

Root beer has an interesting origin.

Below, I’ll explain where it originated, the differences between it and other similar sodas, as well as, other interesting info about root beer in the UK.

Is root beer banned in the UK? 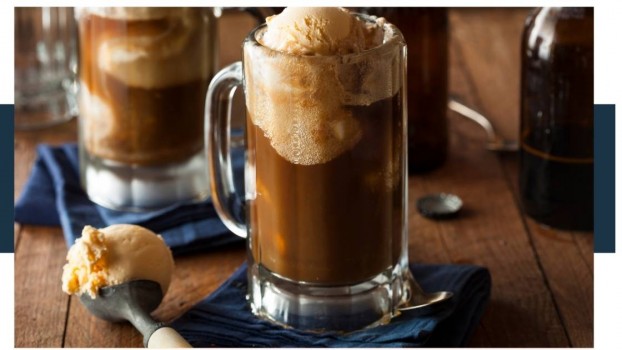 There appears to have been a ban on root beers that contain a high amount of sodium benzoate in 2014, according to Robs Review, after the UK banned it due to health concerns.

Nowadays though, you can buy it in the UK easily online, and at certain specialty stores.

But, you’ll want to call ahead to the individual store to see if they stock it.

Also, Asda, another large supermarket chain that has stores throughout the UK, lists 3 brands on their website – Bundaberg, Ben Shaws, and Tropical Sun.

Sarsaparilla more popular than root beer in the UK

Root beer isn’t as popular in the UK, and it is in the US. But, sarsaparilla is widely available in the East end of London, and in the North of England according to Wikipedia.

Anecdotal evidence from forums online has comments from people in the UK who say that sarsaparilla is popular in the North of England as well.

Sarsaparilla is made from sarsaparilla root, and was the inspiration behind the creation of root beer, according to Bundaberg.

But, it also included other spicy and aromatic herbs such as cinnamon, star anise, and licorice root.

Technically sarsaparilla is a root beer, because it’s made mostly from dried and ground roots of various plants.

I wrote about the differences between root beer and sarsaparilla in this article What Is Sarsaparilla Soda?

It also explains the differences between sarsaparilla root and Dandelion root and Burdock root – a well known ‘root beer’ in the UK. 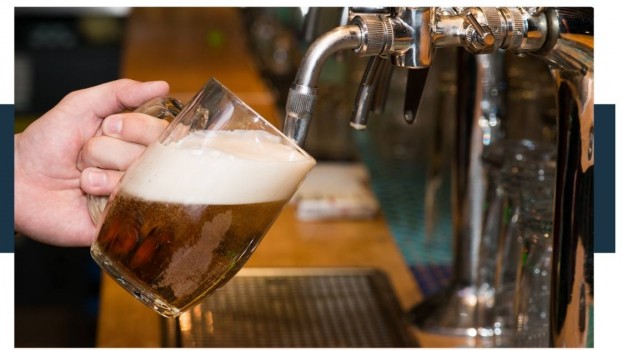 The first commercial root beer was produced in Philadelphia USA, under the brand Hires in 1876, 16 years before Coca Cola.

It was originally made using sassafras root which is native to North America. It was a primary ingredient.

So, it’s safe to say carbonated root beer is American.

It is technically a herbal root tea, with added sugar, and fizz. Herbal tea has been drunk for many thousands of years.

So, what was invented was adding carbonation to it.

According to Sodastream, carbonated drinks were invented by Joseph Preistley in England in 1767.

And 20 years later it was first commercially produced by Jacob Schweppes.

No doubt during this time various concoctions were made that included ingredients similar to what are used in traditional root beers.

And it’s likely that a version of root beer was made in England.

But, the commercial production and extensive marketing of the Hires brand made it widespread throughout the USA, where today it’s more popular than in England.

Interestingly, nowadays, it is made with different ingredients because sassafras root was shown to cause health issues, and was subsequently banned by the US Food and Drug Administration (FDA), according to Wikipedia.

What are the most popular sodas in the UK? 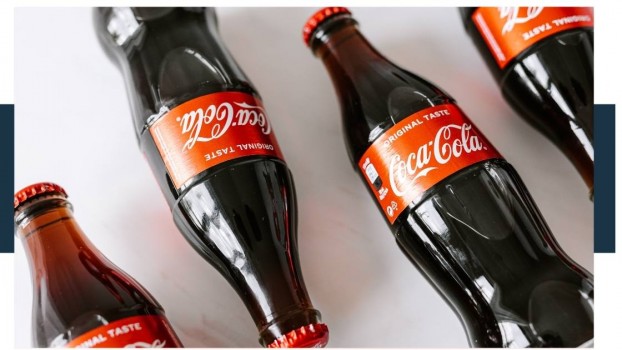 According to information provided by Statista.com the most popular sodas in the UK are colas at 55% market share, followed by lemonade with 8.8% market share.

And the remaining sodas have about 5% market share which include orange soda, tonic, mixers, bitters, lemon/lime, other.

Root beer is in the other category, and is less than 5% of the total amount of sodas sold in the UK.

Which means that a maximum of 1 in 20 people drink it over other sodas in the UK.

In a study published in BMC Medicine, UK consumption of sodas containing sugar dropped by 50%, and was replaced by diet and zero sodas from 2015 to 2018.

However, the increase in diet and zero soda consumption increased by only 40%.

As I wrote about recently in an article: Is drinking 1 soda a day bad for you?  I explained studies that showed that naturally sweetened sodas are correlated with getting Type 2 diabetes.

It was also shown that drinking sodas that are artificially sweetened – such as diet and zero sodas – and those sweetened with fruit juice also have a correlation with developing Type 2 diabetes.

But, the results weren’t conclusive.

Why do foreigners hate root beer? 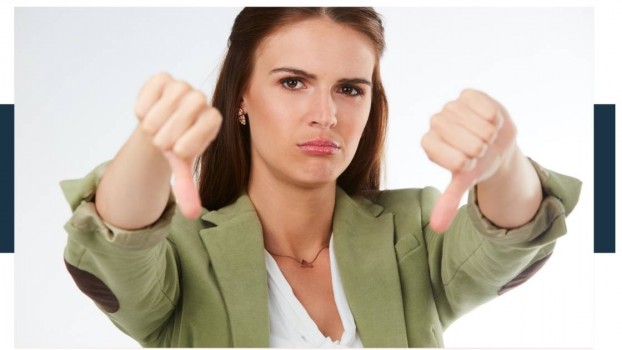 Root beer is an acquired taste through artificial flavors. People who didn’t begin drinking it at an early age can find its taste repulsive and very foreign.

Many foreigners don’t like the taste of root beer due to potential health risks from the alcohol content of such drinks. They may prefer non-alcoholic versions.

It is made with licorice root, according to Bundaberg – a manufacturer – and people commonly say it tastes like mouthwash or toothpaste.

Therefore, it’s understandably not what people have in mind when they want to drink a soda. 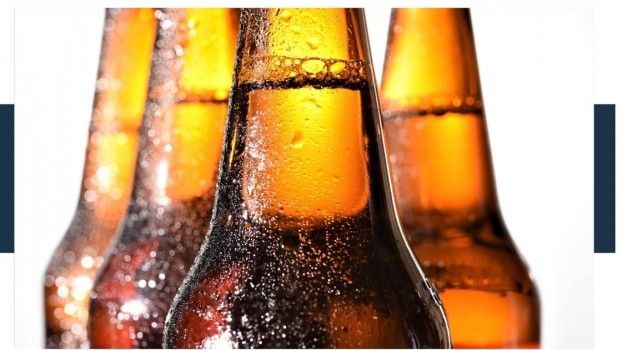 Tesco absolutely sells root beer throughout stores in the UK, including in England, North Ireland, Scotland, and Wales.

Tesco is one of the largest supermarket chains in the UK and has around 7000 stores, according to Statista.com.

When did Mcdonald’s stop serving root beer in the UK? 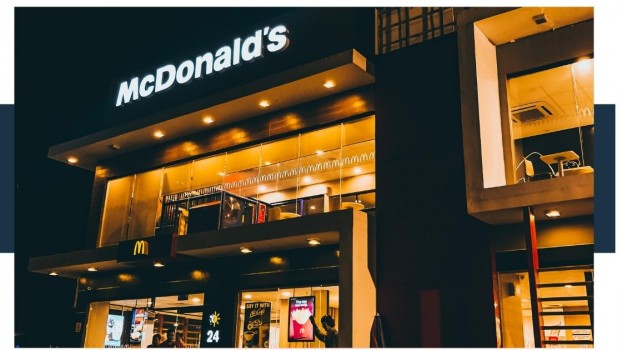 In the opinion of Doyouremember.co.uk, McDonalds stopped serving it in 1993.

According to the official McDonald’s website, Mcdonald’s doesn’t have any plans to bring it back, and it was discontinued because it wasn’t very popular in the UK.

In my opinion, most people are used to the taste of traditional sodas like Coke, Sprite, and Fanta, and root beer has a distinct taste, very different from regular sodas.

It’s also an acquired taste, and unless a person grew up drinking it, they wouldn’t think it tastes very good. Moreover, some tries to stay away from alcoholic root beer.

As a result, most customers probably tried it once, or are aware of how it tastes and ordered something else instead. So, they mostly prefer vanilla ice cream, junk food and fast food from McDonalds.

They sell root beer in England at big Tesco and Asda stores, as well as, online on Ebay.co.uk, and Americanfizz.co.uk.

It was banned in the UK for a time due to alcohol content, but it’s now sold regularly throughout England and the UK. There is a traditional UK equivalent called Dandelion and Burdock, which is a sarsaparilla.

The first commercial root beer was sold in the US.

However, based on the fact that root beer is a carbonated water and sugary herbal tea.

Root beer likely existed before it was first commercially produced.