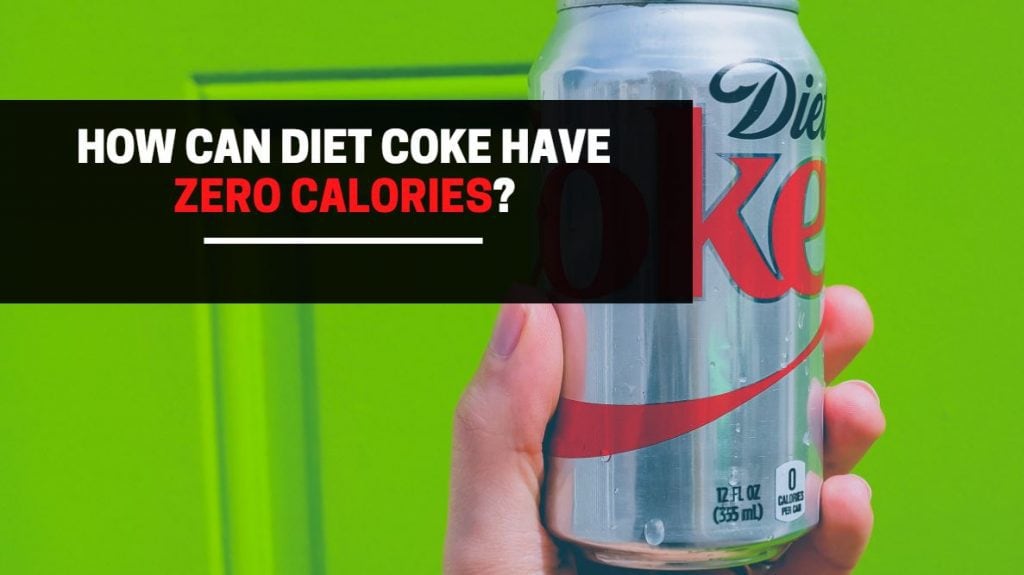 In a world where people are concerned about their weight and calorie intake, finding a low or zero calorie treat that also satisfies seems like a never ending quest.

After all, celery and ice berg lettuce are both low calorie snacks, but they aren’t exactly the most satisfying things to munch on.

Sometimes you just crave something sweet and fizzy.

So you reach for a Diet Coke and notice that a 12 ounce can has zero calories. How exactly does that work?

How can Diet Coke have zero calories?   despite being sweet and fizzy and satisfying to drink?

And it can do that because it takes some chemical shortcuts to remove and replace the main caloric component in Classic Coca-Cola.

That caloric ingredient is, of course, sugar.

By doing so, it turns a soft drink that normally has 240 calories into a zero calorie drink.

To understand how this happens in detail, we need to discuss what calories are precisely, and how they are calculated.

No you’ve watched that let me explain further below.
Go to top

What’s in a Calorie

The first thing that you should understand is that when you see a food label and it says 300 Calories (note the capital C), it actually means 300 kilocalories, or 300,000 actual calories.

That’s because the unit of a single calorie is so small, that it actually doesn’t really mean much.

To get to a meaningful degree of measurement, The food industry decided that for the sake of calculation, using Calories (meaning kilocalorie) instead of calories would be easier for everyone.

So what is a calorie?

A calorie is a unit of energy. It is the amount of energy that is required to heat 1 gram of water by 1 degree Celsius.

So a Calorie is the amount of energy required to heat a kilogram (or a single liter) of water by 1 degree Celsius.

This unit of measurement was invented by Antoine Lavoisier, who originally used the term to describe the internal temperature and heat of the human body.

So now that you know what a Calorie is, you’re probably wondering how they are calculated.

How are Calories Measured?

Originally, calories from food were measured using a calorimeter.

This device was essentially a sealed chamber surrounded by water.

A piece of food that was dehydrated was placed inside the chamber and set on fire.

The temperature of the surrounding water was tracked, and based on how much the temperature rose the number of calories in the food item was calculated.

At first, this was fine, but as our understanding of the body and how it digests foods advanced, several problems began to creep in.

For example, a piece of whole grain bread with high fiber content is going to also ignite the fiber.

That will cause a miscalculation of the Calorie content , because we now understand that fiber is not absorbed into the blood stream, and therefore shouldn’t count toward the number of Calories in the bread.

Alcohol is also tracked, despite not really being a nutrient, but it is a significant source of calories.

When carbs are calculated, the mass of fiber is also calculated and its caloric contribution is subtracted.

The values for these substances were calculated by placing them in a modern calorimeter and represent the averages of the various substances.

That’s because different sugars will produce varying amounts of energy depending on whether they are simple or complex sugars.

Bringing it All Back Together

So, understanding how a Diet Coke becomes a zero calorie drink comes from looking at the nutrition label and seeing what the total count of the macronutrients is in it.

And if you look, you can see that Diet Coke has 0 grams of fat, 0 grams of carbohydrates, 0 grams of protein, and 0 grams of alcohol (although that is understood, even if it’s not directly listed).

That means that according to the Atwater Indirect System, because Diet Coke has zero macronutrients, it has zero calories.

You might wonder if the calorie count only counts those four macronutrients, what about the other ingredients in Diet Coke. Don’t they at least have some caloric value? Let’s take a look at the ingredient list to see what they are and look at how many calories are in each.

What’s in that Diet Coke? 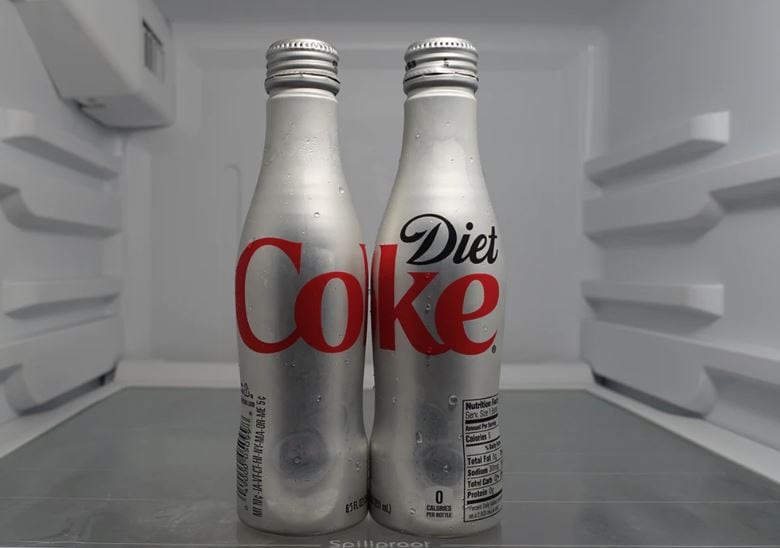 Going through the ingredients one by one we can find that there really are no significant sources of calories to be seen.

So, looking at all of the ingredients, the only ingredient that adds any Calories is aspartame, but it only adds 0.72 Calories.

As this total is under 1 calorie, according to the FDA, Coca-Cola is well within their rights to call Diet Coke a zero calorie drink. 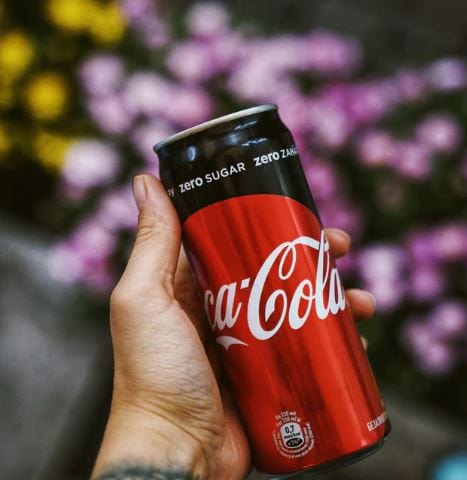 Diet Coke is a zero calorie drink because of the removal of the sugar and replacing it with aspartame, which provides only a fraction of the calories.

The rest of the ingredients in both Classic Coca-Cola and Diet Coke are negligible in their caloric additions.

Even though Diet Coke is a zero calorie drink, it should still be considered an occasional treat.

This is because of the caffeine and Potassium Benzoate preservative.  You may wish to consider alternative drinks such as creating flavored water with sodastream.

If you have any questions, please let drop me a note.