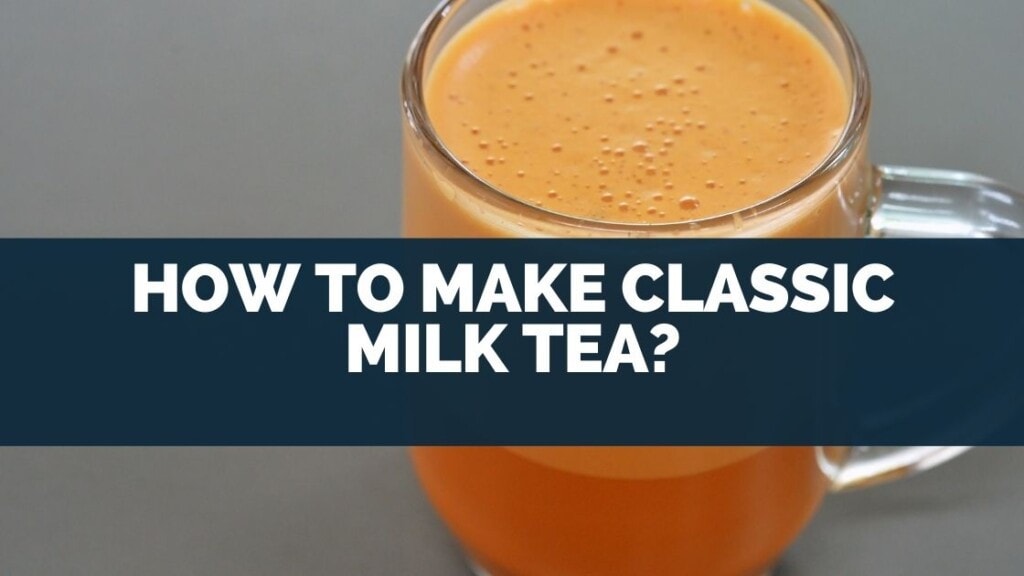 The origins of classic milk tea and its tradition could be traced back to the 1980s.

The drink evolved significantly over the decade, and it is now served in several flavors.

Fruit or simple syrup bubble teas with boba pearls have made their way across the globe, and today is a popular addition to the menu of cafés and bubble tea shops everywhere.

Whether boba tea or pearl milk tea, they all boil down to deep roots from the traditional classic milk tea.

Tea is made with leaves or tea bags and steeped in hot water.

Then, foamy milk is added, which can be full-cream milk, soy, almond, or in certain cases, condensed milk.

A sweeter like brown sugar syrup can also be added for taste.

The milk tea is an oldie but a goodie.

While a black tea base is most commonly used, other variations include jasmine tea and oolong tea.

Milk tea is a delicious and refreshing drink that can be enjoyed hot or cold.

The ingredients and instructions are simple, and the drink can easily be tailored to your taste preferences.

The fancy new boba teas take it one step further and add big handfuls of caramelized, chewy tapioca pearls or some other kind of root vegetable.

There are hundreds, if not thousands, of boba tea recipes around, all peppered across boba shops.

In some, fruit juice is often added for more taste, while others experiment with the type of tea and the type of tapioca pearls.

In addition, soy milk or almond milk is frequently used as a substitute for fresh milk, catering to the large population of lactose intolerant.

The bubble tea is then hosed down with a generous serving of sweeteners like dark brown sugar or white sugar.

This beverage that roils in a lovely slope of cocoa-browns and pearly whites bobas was an exploding hit first in Taiwan, then Asia, making its way as far as the United States and Canada through Taiwanese immigrants.

What is classic milk tea? 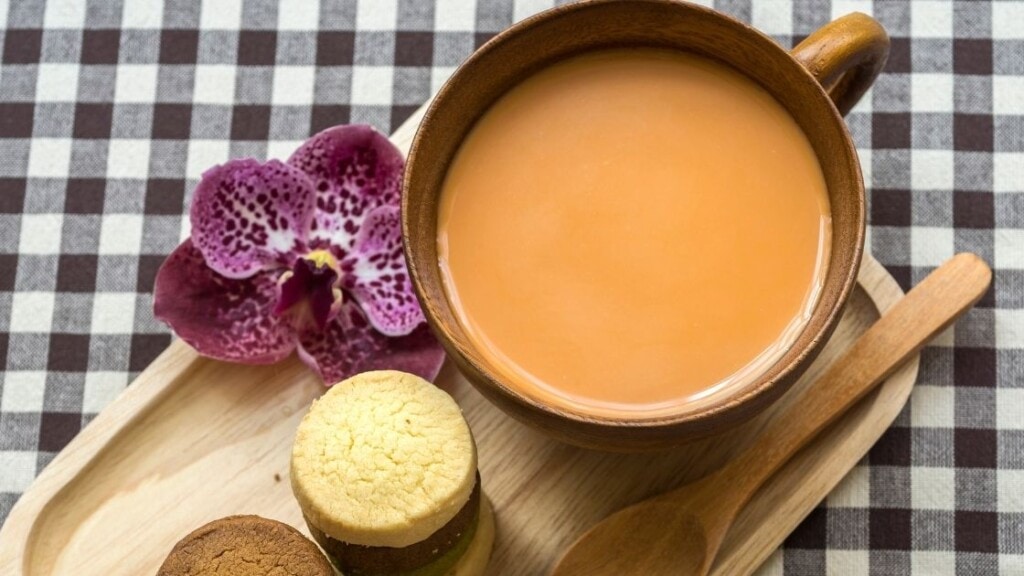 Milk tea, also known as chai, is a drink that is made by combining black tea with milk and sweetener.

The milk can be added hot or cold, and the drink can be enjoyed either with or without foam on top.

Classic milk tea is a popular drink in many parts of the world, and there are many variations on the recipe.

Today, drinking organic tea is becoming popular throughout East Asia, but classic milk tea has always been a favorite in these countries.

The explosion in the popularity of boba tea can be attributed to the traditional chewy tapioca balls on shaved ice, previously typical sweets.

Combine that with a beloved drink, and you’ve got the bubble tea drink, and iced tea now made in numerous variations.

Due to the enormous demand for drinks, many traditional coffee shops began to include classic milk teas in their menus and began experimenting with all kinds of different combinations of ingredients. 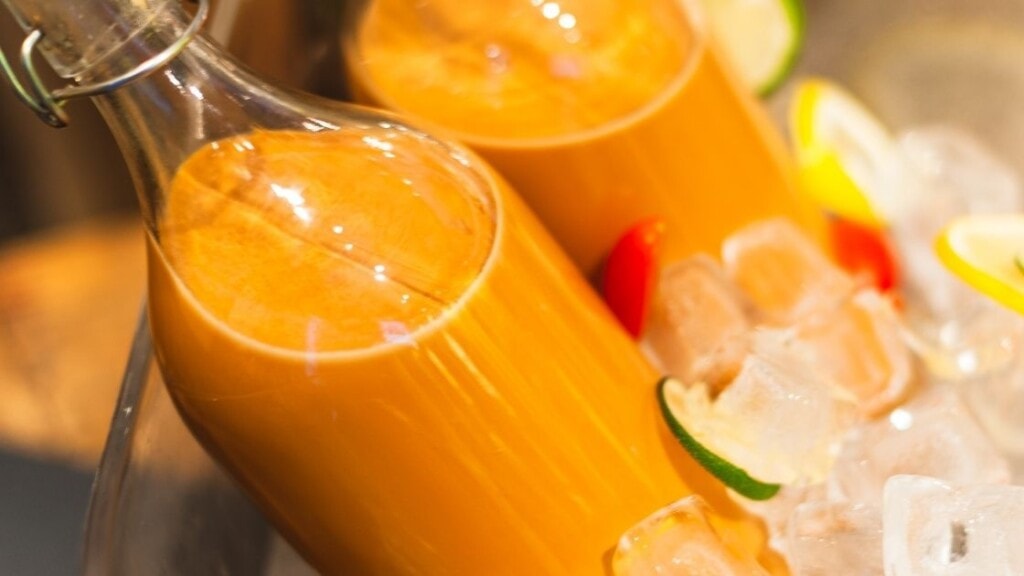 Yes. The classic milk tea is considered a sugary beverage, and often contain large amounts of sugar, thick syrup, or some other kind of sweetener.

The explosion of the popularity of these drinks is regarded as a significant threat to health because it has similar calories and sugar content to other sweetener drinks.

Condensed beverages are thickened with various processing components and artificial sweeteners to render them heavy and overwhelming but make them equally unhealthy.

Most teas businesses have properly delineated sugar intakes from 0 to 100%, so if you want less sweet, most businesses might be able to accommodate.

Some establishments employ a refractometer to precisely provide the proper and limited sugar content.

Instead of sweeteners, you can also opt for milk tea with natural fruits.

Because they’re associated with vitamins, minerals, and fiber, these sugars derived from fruits are way better for your health.

Excessive use of refined sugar, particularly those present in beverages, has been associated with an elevated risk for diabetes, overweight, cardiovascular disease, or even cancer.

To avoid excessive sugar consumption, you can consider making your own, with a reduced sugar content or as much as you want.

Milk tea is relatively easy to make and everyone can do it. 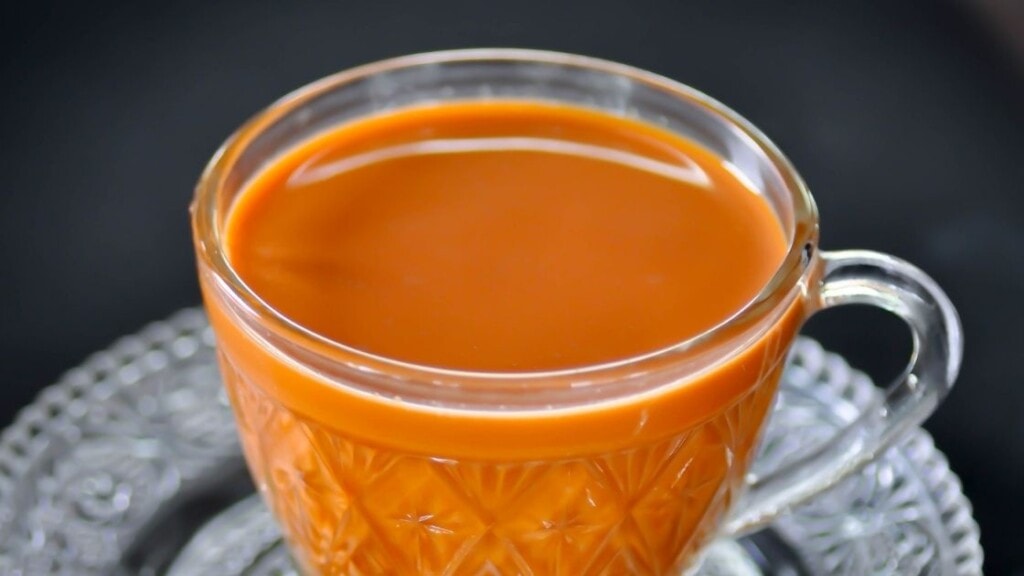 Whether classic milk tea is healthy depends on the kind of tea you use, the kind of milk, and the amount of sugar you use.

Most milk teas have large amounts of sugars or artificial sweeteners, leading to a higher caloric intake.

High sugar intakes have been linked to obesity, hypertension, and dental problems.

In addition, too much milk can also be bad for your health because it contains high levels of saturated fat.

Consider using plant-based alternatives such as soy or almond instead, both readily available in many bubble tea places.

Tea is one of the most popular drinks in the world, enjoyed by people of all ages and backgrounds.

But what many people don’t know is that tea has a wealth of health benefits, from reducing the risk of cancer to improving heart health.

In fact, tea is so good for you that it’s been used as a natural remedy for centuries.

Here are just some of the many health benefits of tea:

– Tea is a great source of antioxidants, which can help protect your body from disease.

– Tea has been shown to reduce the risk of cancer, including ovarian, prostate, and breast cancer.

– Tea can help boost your immune system and protect you from infection.

– Tea is a natural anti-inflammatory, making it ideal for treating conditions like arthritis.

– Tea can help you lose weight and maintain a healthy weight.

– Tea is a great source of vitamins and minerals, including manganese, potassium, and magnesium.

The different types of tea used also make a difference.

Green tea has been shown to lower blood pressure and total cholesterol, reducing the risk of cardiovascular disease and stroke.

Why milk tea is harmful? 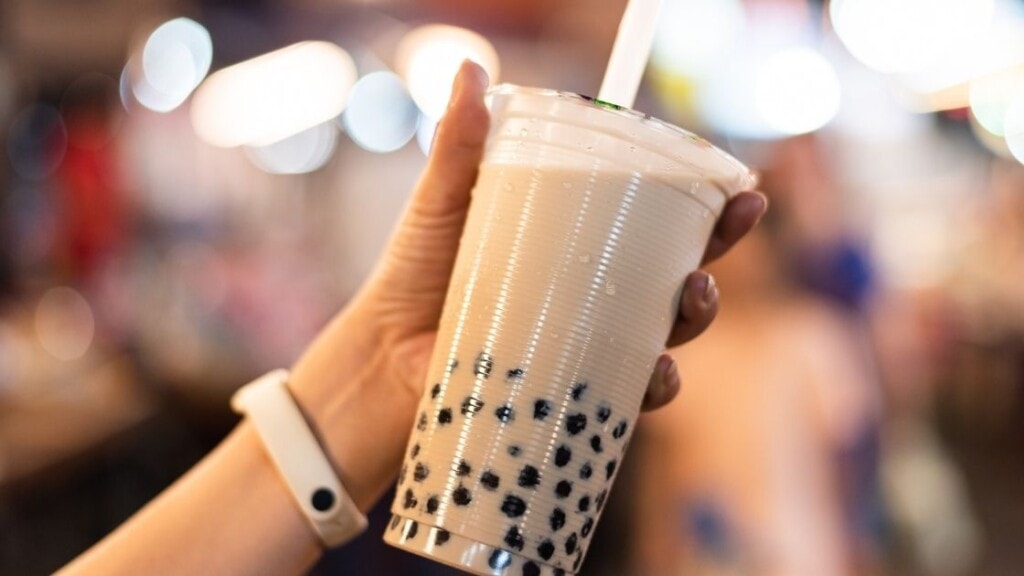 While few tea combinations have some medical benefits, most varieties of boba tea contain lots of sugar.

The amount of sugar you consume with the boba can be dangerous.

Sugar consumption has been related to major diseases such as obesity, non-alcoholic fatty liver disease (NAFLD), cardiac disease, cognitive impairment, and many other cancers.

Milk tea is a classic drink that can be found all over the world.

But what many people don’t know is that this seemingly innocuous drink can actually be harmful to your health.

Milk tea is made by combining black tea with milk and sugar.

While it may seem like a harmless drink, milk tea can actually have some harmful effects on your health.

For starters, milk tea is high in sugar and can contribute to weight gain and obesity.

But the biggest danger of milk tea is that it can increase your risk of developing heart disease.

This is because milk tea is high in saturated fat, which can clog your arteries and lead to heart disease.

Sugar-sweetened drinks have also been linked to increased fat mass in young kids and adults.

There is no harm in adding an occasional boba tea to your guilty pleasures, but you can choose healthier milk substitutes or request a lowered sugar content.

In addition, black tea contains caffeine, which is a stimulant.

When it’s combined with milk and sugar, the caffeine can work together to create an energy boost.

For some people, this can cause anxiety.

If you’re sensitive to caffeine, or if you’re already feeling anxious, milk tea may not be the best drink for you

Caffeine overuse, particularly in the second half of the day, can lead to sleep disturbances such as sleeplessness.

While some teas, such as chamomile, are recognized for their calming characteristics, excessive milk tea consumption also can cause anxiety.

Try avoiding the consumption of excessive amounts of tea, especially during the late afternoon to avoid any sleeping problems.