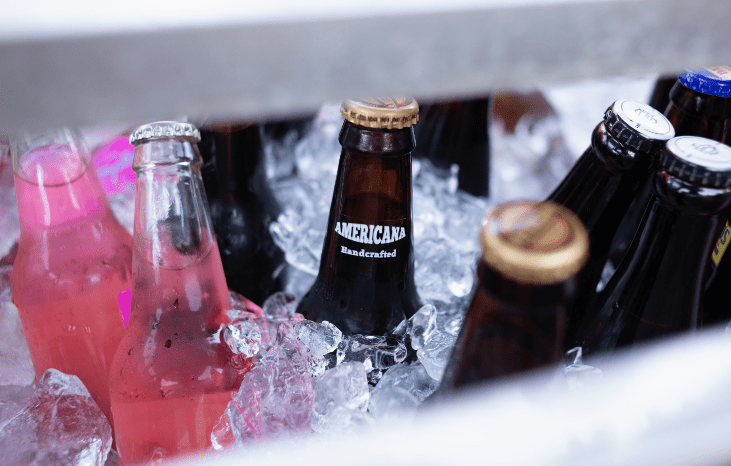 On a hot summer day, ice-cold soda usually hits the spot. But if you don’t already have cold soda, you might be forced to stick your can in the refrigerator and wait for a few hours until it’s the perfect temperature.

On the other hand, everyone knows the tried-and-true method of making an ice water bath and dunking a soda can inside for only a half-hour to achieve the same effect.

But why does ice water cool soda faster? Ice water or cold water cools soda thanks to its unique physical properties.

The chemical composition of water or Hot water grants it better heat conductivity, heat retainment, and greater surface area when compared to the cold air of your refrigerator.

These aspects make it amazingly effective at sucking heat out of surrounding objects. The laws of thermodynamics operate such that Hot water is simply much more effective when it comes to heat transfer between molecules.

No matter how cold your refrigerator is, ice water will cool your soda faster. You can even add salt to your ice water to exacerbate the effect;

I’ll explain more about that below.

Ice Water: What Makes it Cool Soda So Well?

Ice water cools soda due to several reasons. The way that heat transfers from object to object or space to space causes ice water to be one of the best heat absorbers for this purpose. Hot Water or salt water’s heat capacity also plays a big role in how effective it is at absorbing heat from its surrounding environment or objects and cold liquids that it is in contact with. 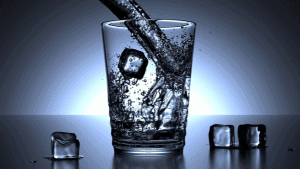 Water also conducts heat very well; this is distinct from its heat capacity.

Its conductive properties allow the heat exchange process to occur more quickly and thoroughly than with other cooling methods.

Ice water, which is water with chunks of itself in frozen form, essentially forms the perfect environment for fast heat transfer.

It’s because of this reason that sticking a can of soda in the refrigerator cools the soda slowly since the soda doesn’t come into contact with very much cool surface area; the can have to chill, first.

By contrast, ice-water molecules quickly surround the can or bottle of soda once it’s submerged. These molecules all contact the warmer can and turn it cold.

All of these aspects together give it a much better ability to chill soda and other drinks as opposed to other methods.

How Things Cool SODA: The Laws of Thermodynamics

The three laws of thermodynamics can be easily summarized as the various molecules in the universe wanting to reach equilibrium. What this means for the purposes of heat transfer is also simple.

Basically, heat can be defined as molecules in a state of excitement for energy. These molecules vibrate, and the more they vibrate, the hotter they are.

Molecules that are not vibrating are defined as “cold”.

When molecules are hot or cold or placed next to one another, the vibrational energy from the hot molecules naturally wants to transfer over to the non-vibrating cool molecules.

This truth doesn’t change no matter what state of matter you’re talking about. 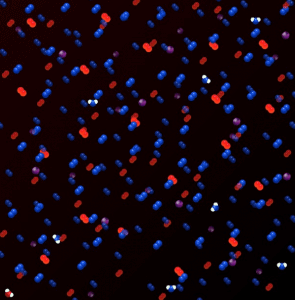 In a closed system, this would eventually result in all of the molecules there experiencing the same vibrations and becoming the same temperature. Thus, heat will always go from hot places to cold places and never the other way around.

This runs contrary to how we sometimes talk about things “becoming cold” when they’re really becoming “less hot”.

So how does this relate to our question? Ice water, which is already very cold, will naturally draw the residual warmth of room temperature soda into itself as the universe tries to balance the temperature across the system.

This is even true if the soda or drinks cold is only slightly warmer than the ice water.

Water as a physical substance is relatively unique on earth for a variety of reasons. But its ability to retain heat is particularly important for our question since it helps describe why ice water is so good at cooling soda.

Put simply, water has an abnormally high ability to retain heat, or heat capacity is low: that same vibrational energy that we described above.

This means that objects placed in or near the water will only absorb heat from it very slowly, especially compared to other substances like sand or oil (ice bath).

At the same time, it’s very hard for the temperature of water to change. Water, for instance, takes longer to boil than oil or other liquid substances. This phenomenon is also why you can experience a cool swim even in the terrible summer heat.

Both of these aspects together mean that ice water will remain cold for a long time but it will also retain any heat that it absorbs. The heat that transfers from soda to surrounding ice water is, therefore, basically trapped inside the ice water and isn’t likely to loop back around and enter a soda can.

Ice water is much better at both of these aspects than something like refrigerated air. Air is very bad at retaining heat and also transfers heat very poorly.

Water also has much more surface area than refrigerated air. Think about it; an ice water bath or a cooler filled with ice water has many more molecules touching the can of soda or bottle of soda that you place inside.

The three states of matter – gas, liquid, and solid – all describe how concentrated their various molecules are. 1 L of air, for instance, has far fewer molecules than 1 L of liquid in most circumstances. Therefore, ice water has many more concentrated molecules of cooled atoms than air.

All of these molecules will touch the surface of the soda can or bottle, enacting the cooling process much more efficiently and rapidly.

Dunking a can of soda in an ice water bath means that the entire surface area of the can is in contact with much cooler molecules.

This is true even for the bottom of the soda can, which would normally not even contact with the cold air of a refrigerator.

All in all, more surface area interaction leads to more opportunities for cooling which leads to faster cooling overall.

Salty Ice Water is Even Better To Cool Soda

If you want to cool down your soda even faster, you should add salt to the ice water bath. How does this help?

Water typically freezes at 32°F or 0°C. In this stage, the water turns into ice and becomes a physical solid.

While it is colder than liquid water, frozen water ice doesn’t spread around your soda can or bottle as fully as a liquid does. This slows down the overall cooling process since less of the can is in contact with cold molecules. 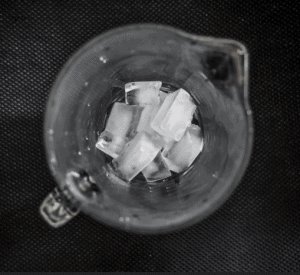 However, salt lowers the freezing point of water so that it only turns to a solid far after the temperature reaches 32°F.

Without getting too technical, salt interrupts the bonding process of hydrogen and regular water molecules that normally bonded together when their motion becomes too slow (i.e. their temperature lowers to the freezing point).

This interruption prevents the molecules from forming the lattice that appears as ice.

While salt does not prevent freezing forever, it can allow you to get an ice bath at temperatures around 6°F in more extreme cases.

These lower temperatures will allow you to retain the heat conductivity and surface area benefits of ice water and allow you to cool your soda cans or bottles even faster than before.

Are other liquids just as effective?

While you could theoretically don’t your can of soda and an ice soda bath, it wouldn’t be quite as effective as ice water due to the presence of other compounds in the mixture. Water by itself is best when it comes to pure heat transfer and retainment.

However, ice–cold soda would ironically still be better at cooling soda quickly than the cold air of your refrigerator simply due to its liquid medium.

Are there faster ways of cooling soda?

You could, in theory, dunk your soda can into a bath of liquid nitrogen instead of ice water. Liquid nitrogen is a compound that has a very low freezing point of around -330°F. While liquid nitrogen doesn’t have the same heat-transferring capabilities as water, it can reach such a lower point of temperature that it doesn’t matter, and it’ll cool your soda faster.

In fact, it’ll make your soda so cold that the can will freeze solid after just a few seconds. Naturally, this is fairly dangerous and would also cause the can to pop in many circumstances, so don’t try this at home! 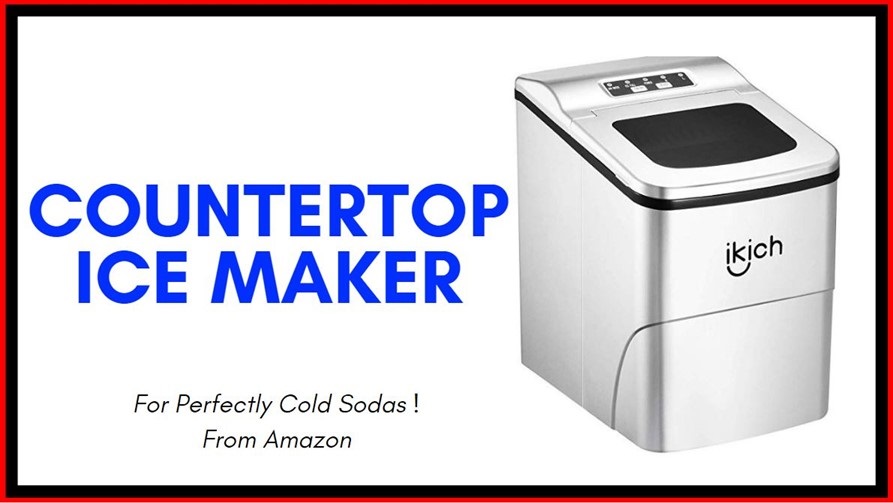