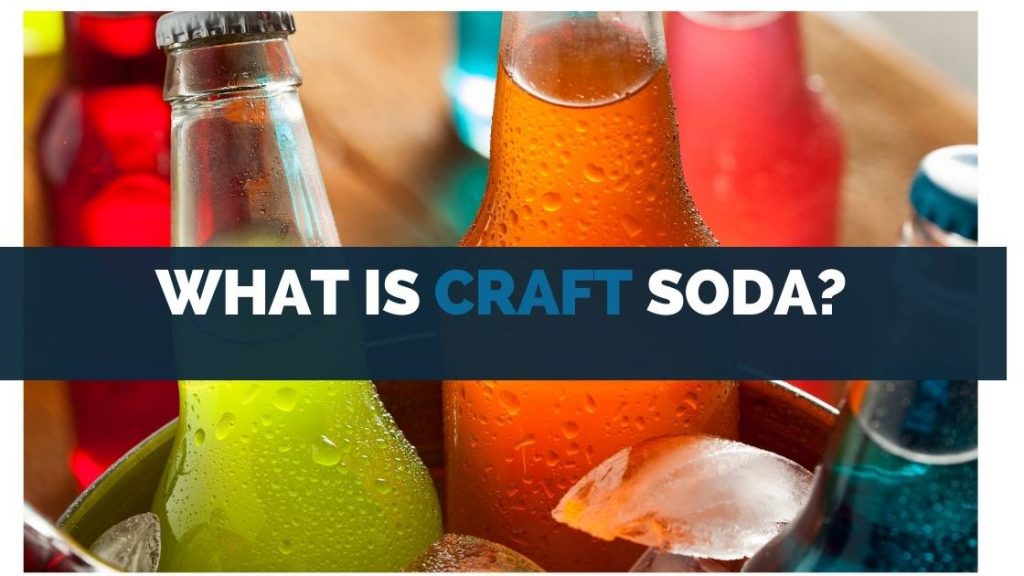 I’ve been learning about the different kinds of soda, and the history of some of the most popular brands.

And I’m really interested in what craft soda is and how it originated so here’s what I found.

So, what is craft soda? Craft soda is soda that is made in smaller batches, sold locally, and typically with natural ingredients.

Standard soda is produced on a mass scale and is usually made with artificial flavors and sweeteners to cut down on production costs.

There is a range of other differences between craft soda and sodas you can find in almost every store.

So, below I’ll explain what makes craft soda unique, how they’re made, and other interesting info about craft sodas.

How do you make craft soda? 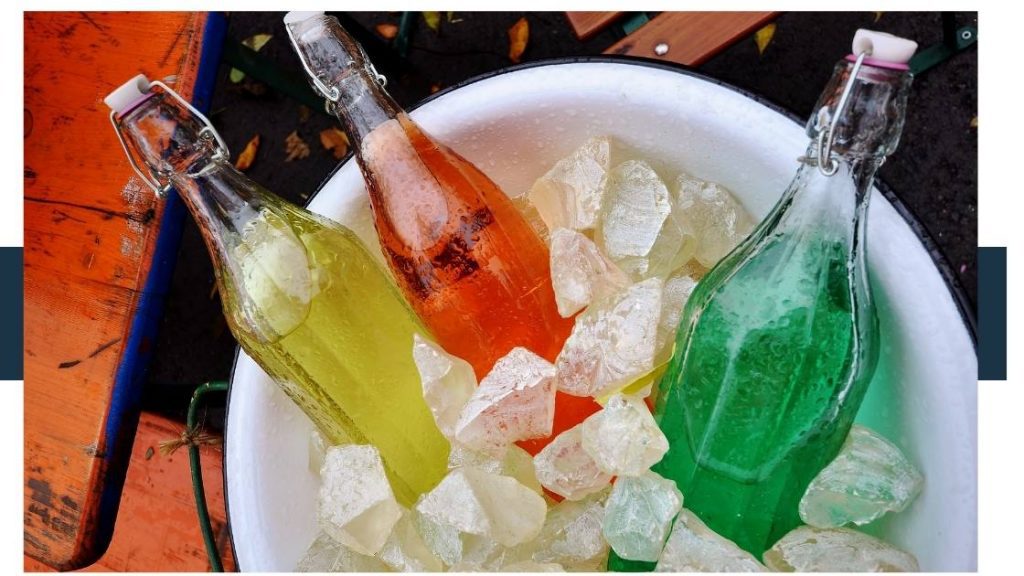 Craft soda is made by mixing a syrup with carbonated water.

The syrup can be made out of many ingredients but typically all-natural and organic ingredients are used.

If you carbonate water with the syrup already in it, it will produce a lot of foam, which can damage the machine used to carbonate it.

As you may be aware Coca Cola, Pepsi, and other popular sodas are made using artificially created colors, preservatives, sweeteners, and flavors.

Also, you may have noticed that Coca-Cola you buy in other countries tastes different.

And this is because it’s made using different ingredients.

Coca Cola made in the USA and Canada for example is made using high fructose corn syrup.

Whereas, Coca Cola made in Mexico is made using sugar.

I discussed the reasons and whether high fructose corn syrup is good for you in Does Coca-Cola Use Corn Syrup? article.

Check it out if you’re interested in why high fructose corn syrup is used in the USA and Canada – hint it’s because corn grows so well.

Well-known sodas like Coke and Pepsi are made in large batches in huge facilities, and because of the scale of their operations, they decided to make changes to their recipe.

They also have big budgets and a large customer base, so they can conduct research and development into making their recipes cheaper to produce but taste the same.

Over time, they have honed their recipe to something that customers love, without being as reliant on crops such as the ‘kola nut’ used in the original Coca Cola.

During extreme weather conditions, entire crops can be wiped out, and as a result, they wouldn’t be able to produce their soda.

This would delay the delivery of their soda to their vast network of customers such as Walmart, and McDonalds.

Craft sodas have a more personal relationship with their customers

Craft soda on the other hand is made using natural fruit and plant extracts.

Which are usually grown on local farms.

And they make their sodas in limited runs.

For example, they may only make one batch of 1,000 bottles of a craft soda.

And once they’ve sold it all they’ll make another batch.

Also, typically more care and time is put into producing them, which leads to a better taste, and a healthier soda.

People who drink them often know the people who make them personally or people in the town where it’s made.

Similar to a farmers market, where you get to know the farmers and know where the food is coming from.

Mass-produced sodas on the other hand are made by very large companies that employ many thousands of people.

They also need to have dedicated professionals who oversee and plan their operations.

For example, Coca Cola employs over 700,000 people, according to their official website.

Which is the size of a small city!

Transitioning from a craft soda to a mass produced soda like Pepsi or Coke is difficult because the cost of production for a craft soda is higher.

And is an observed phenomenon known as ‘economies of scale’.

This is where the cost to produce a large number of sodas is compared to only a small batch.

For example, sending a huge shipment of sodas can be cheaper because it can go on one truck.

Whereas, sending a few batches regularly means they have to send multiple shipments and end up paying more in transport costs.

However, it isn’t necessarily the case that craft soda producers want to scale up their business into a huge corporation.

And they may wish to keep their operations small for a range of reasons, including they prefer to have a personal relationship with their customers.

Or, they don’t want to go through the effort of hiring a bunch of people and making the business more hands-off.

What equipment do you need to make craft soda? 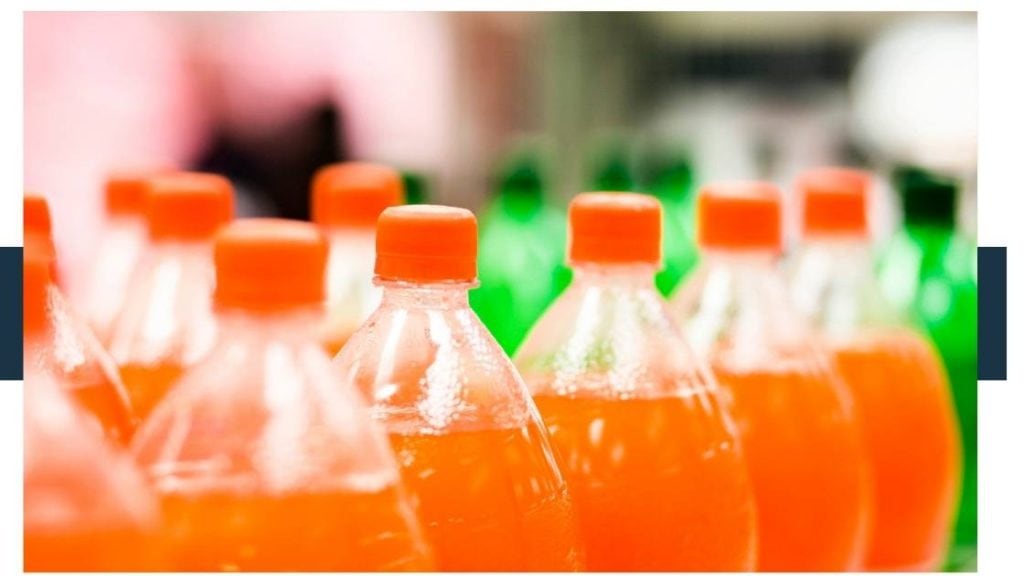 To make craft soda you need some equipment to make an extract, and a machine to carbonate the water.

Sodastream is one of the most well known machines which you can use to carbonate water.

1) Something to make the soda fizzy

To make your craft soda fizzy you can also use soda water.

Soda water has a bunch of names and can be called tonic water, sparkling water, seltzer, and club soda.

I previously discussed the differences between each of these types of carbonated water in this, Is Perrier Water Naturally Carbonated? article.

But, a Sodastream machine or a soda siphon can also be used to make water fizzy yourself.

A Sodastream is cheaper overall to make carbonated water than a soda siphon.

And it’s also more efficient, as I showed in [this, link: Soda Syphon vs Sodastream: Which Is Better?] article.

Once you have carbonated water you then add your syrup or extract to it and bottle it.

You can reuse any glass bottles you already have, and you can also reuse old plastic soda or water bottles.

But, another option is to buy a batch of glass bottles with inbuilt caps – they have a similar cap to a mason jar.

Or, some glass bottles, some caps, and a capper.

A capper is a device that you use to secure a bottle cap to the top of the bottle.

There are small handheld ones, and also benchtop devices.

In my opinion, a handheld capper is better for just starting out. But, doing a lot of them can tire out your hands.

A handheld capper is around $20 on Amazon. Here’s a good one with a solid amount of positive reviews.

Some bottles with caps that are attached to the bottle can also be purchased on Amazon.

These ones – which you can see here  are pretty nice and are a good way to get started.

Now, that you have an idea of what equipment you need, I’ll explain what a soda extract is and how to make one.

What is soda extract? 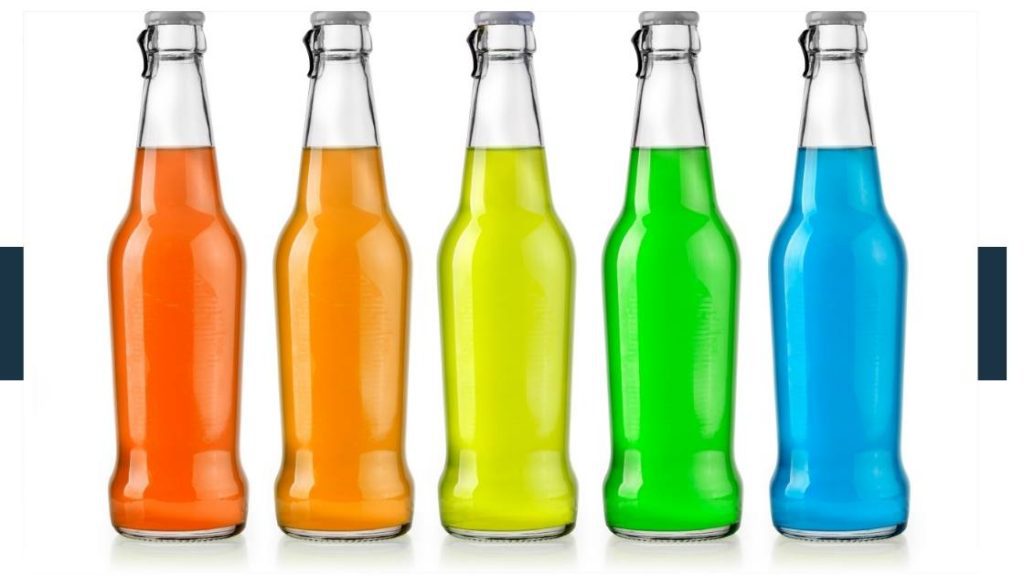 A soda extract is a concentrated liquid that is added to carbonated water to make a soda.

Any ingredients can be used to make a soda extract, including fruit juice, fruit zest, herbs, spices, and sweeteners like sugar or honey.

How to make soda extract

A soda extract is made by assembling the ingredients you want to use, boiling them in water to soften and break them up.

And then simmering it down until it is reduced to a concentrated form.

It’s concentrated down so that the soda is as fizzy as possible.

Too much syrup will reduce how fizzy your soda is, and most people find that a fizzy soda tastes better.

You may have noticed if you’ve ever tasted flat Coca Cola or a flat beer.

A good resource I found with exact step by step instructions for how to make a soda extract/syrup is this article by Seed To Pantry School.

Craft soda is soda which is made at a small scale, and typically with all-natural ingredients.

They are distinct from mass-produced sodas like Coca Cola and Pepsi, which often use artificial sweeteners, colors, and flavors.

You can make your own craft soda by making your own extract and adding it to carbonated water, and then bottling it.