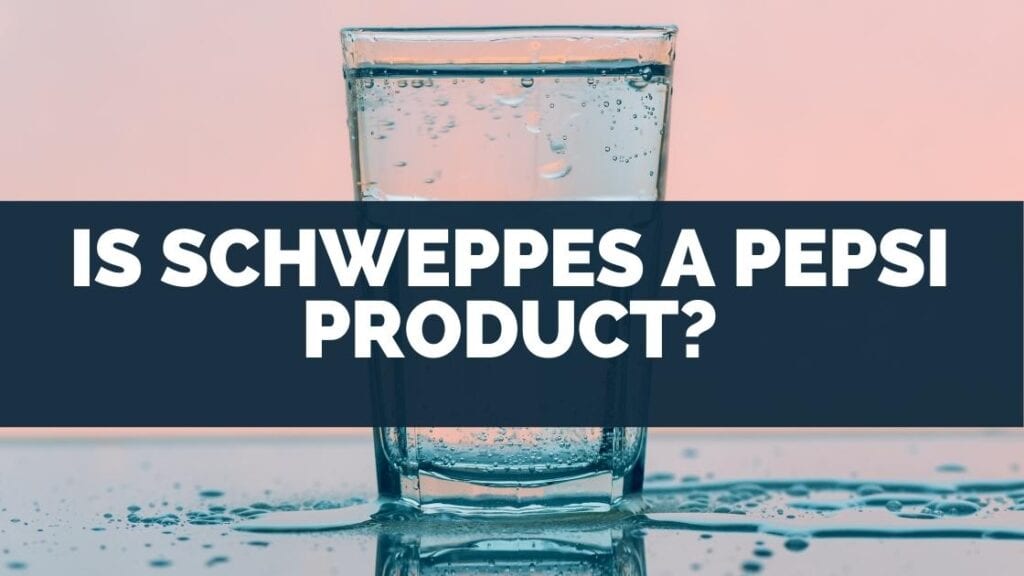 I was wondering whether Schweppes is a Pepsi product so, I did some research, and here’s what I found.

So, is Schweppes a Pepsi product?

Schweppes is not a Pepsi product.

However, PepsiCo is partners with Schweppes which means they are licensed to produce and sell Schweppes.

Schweppes is owned by Keurig Dr Pepper as shown on this archived page.

Coca Cola is also a partner with Schweppes.

Here’s everything you need to know about Schweppes and who has the rights to this drinks maker.

When did Coca-cola buy Schweppes? 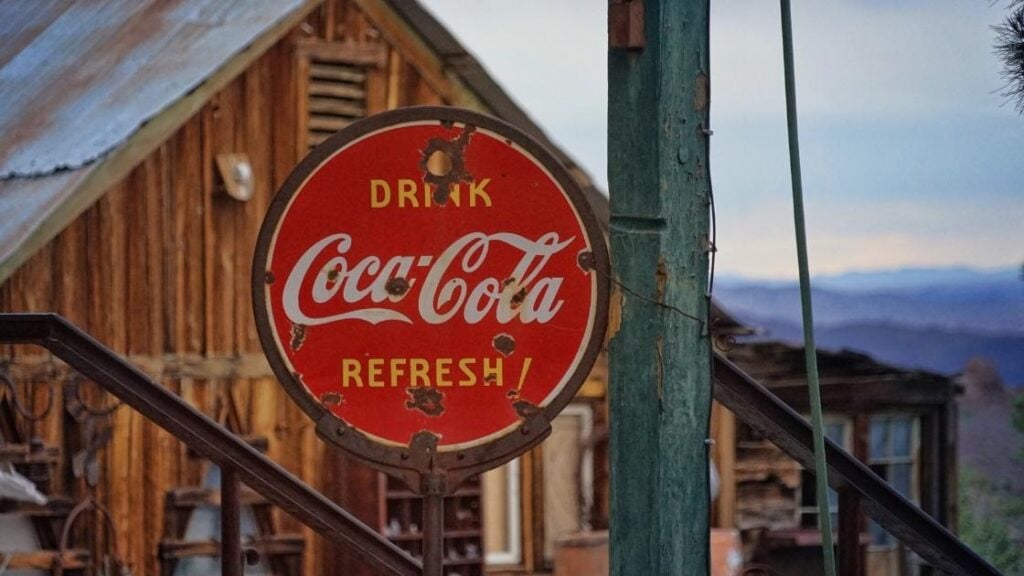 According to a news release on Associated Press News, Coca-Cola purchased the rights to distribute Schweppes in 1998.

However, each country that sells Schweppes is unique and can be owned by a different company.

For example, Schweppes Australia was bought by Asahi Breweries in 2008, as shown here.

Schweppes was formerly called Cadbury Schweppes, until 2008 when it split into two separate companies – one for the confectionary and one for sodas – as shown in an announcement made on the Cadbury Investors website.

This page has since been removed due to a website upgrade, but the page is still available through the Wayback Machine on Archive.org.

The soda company owned by Cadbury was sold to the Dr Pepper Snapple Group which has since changed ownership and is now Keurig Dr. Pepper.

The 3 biggest soda producers in the USA are Coca Cola, PepsiCo, and Keurig Dr Pepper, in that order.

Here’s a table that shows the percentage of the soda market which each company has served over the years:

The data above shows that Coca-Cola makes nearly double the sales of both PepsiCo, and Keurig Dr Pepper.

Why it makes sense for Schweppes to have distributors

What’s interesting is that both Coca-Cola and PepsiCo have a license to bottle and sell Schweppes.

The Coke and Pepsi official websites list Schweppes as one of their brands, as seen here and here.

Bottling plants are scattered throughout most countries.

However, a city can be far away from where a bottling plant is, and therefore the cost to transport sodas from a far away bottling plant can be expensive or time-consuming.

And in some instances, it’s beneficial to a company like Schweppes to have other soda companies make their soda and to take a percentage of the profits.

Rather than building a whole new bottling plant and distribution center, or selling the trademark to their recipe.

Is there any ginger in Schweppes ginger ale? 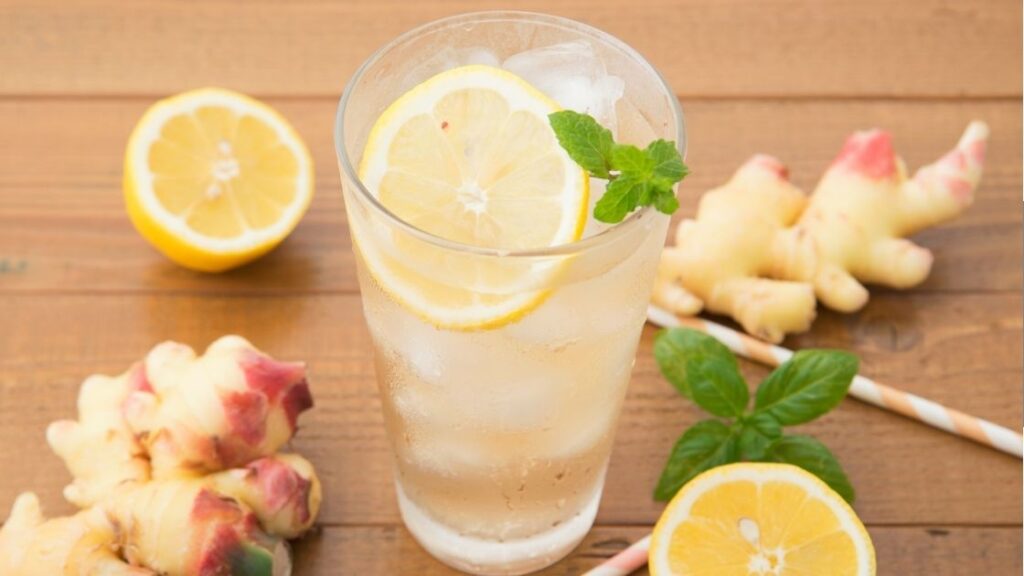 Schweppes sold in the USA, doesn’t list whether they use ginger in their Schweppes ginger ale, and instead only list ‘natural flavors’.

The fact that Schweppes only lists natural flavors and doesn’t contain any artificial flavors means that it’s likely that it does contain ginger or ginger extract.

Nutmeg, allspice, and cinnamon are known substitutes for ginger in baking, and other recipes.

But, on the surface, it seems like it would be quite difficult to get the distinctive ginger flavor, without using some form of real ginger.

And would lead one to ask ‘why would they go to all that trouble?’.

Therefore, it could be possible for Schweppes to create the ginger flavor found in their ginger ale using a combination of other spices.

And at the moment, it remains a secret. 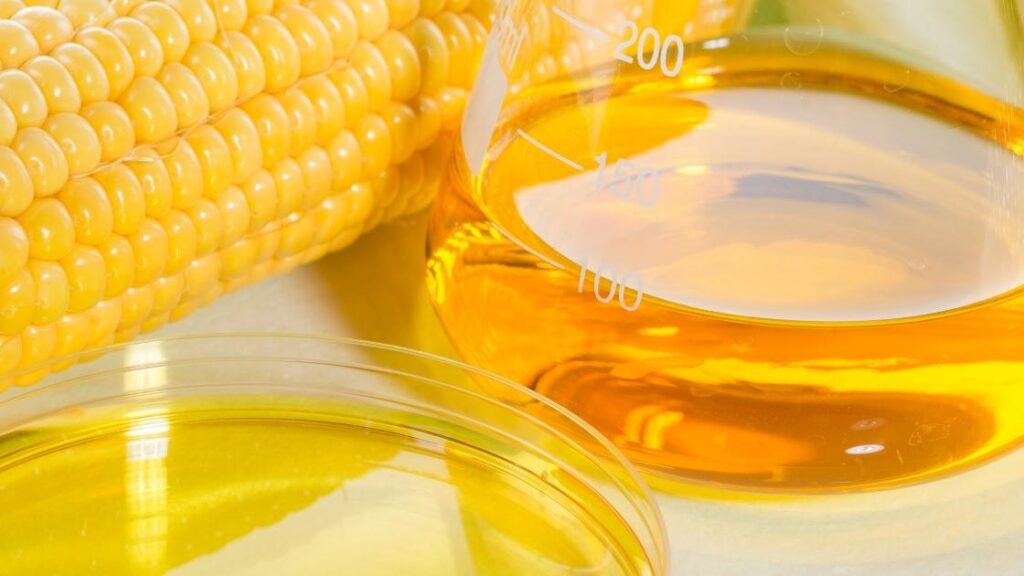 Schweppes ginger ale made in the USA contains high fructose corn syrup as shown on their official website.

But, Schweppes ginger ale made in Canada is sweetened with sugar/glucose-fructose, as they state on their website.

The Schweppes zero sugar ginger ale made in the USA is called ‘diet ginger ale’ and is sweetened with aspartame.

And the sugar-free version made in Canada is called ‘zero sugar ginger ale’ and is sweetened with aspartame that contains phenylalanine.

In the UK Schweppes made by Coca Cola is branded as Schweppes Canada Dry ginger ale, and is sweetened with sugar, and Acesulfame K and Sucralose, as shown here.

Below is a table that shows which Schweppes ginger ales are sweetened with high fructose corn syrup and which aren’t:

As you can see each country has a slightly different formula, and if your country isn’t listed above you can do a search for ‘Schweppes your country’, and see if they sell Schweppes ginger ale, and if they provide an ingredients list.

It can be possible that the Schweppes ginger ale in your country is imported. 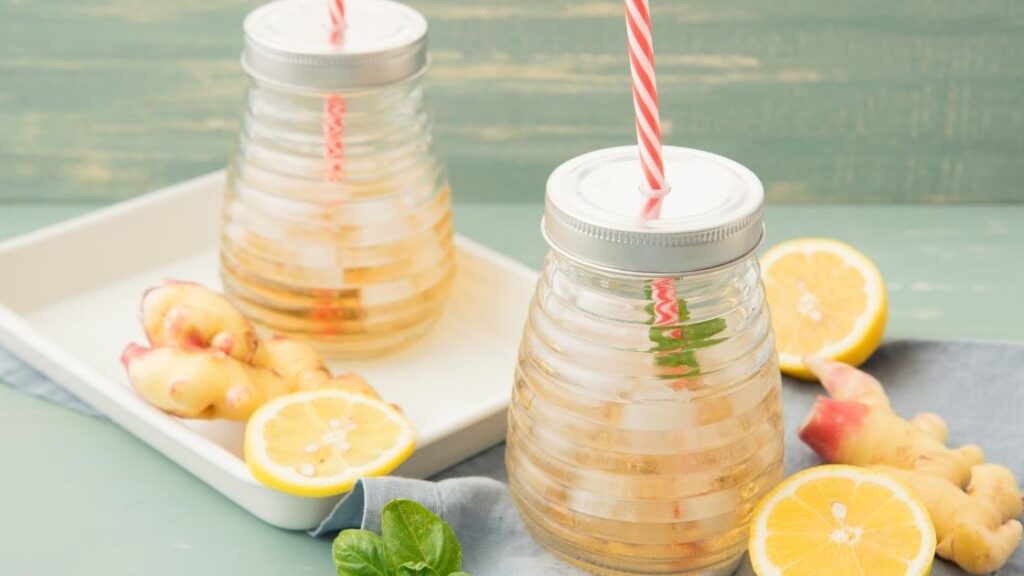 According to reviews online such as by Influenster and The Zero Proof, Schweppes ginger ale is very good, and consistently ranks very highly.

A review of one seller’s Schweppes ginger ale listing on Amazon has 4.8 stars out 5 after over 6000 reviews.

And the Canada Dry brand of ginger ale is also rated quite highly.

What sodas are Pepsi products? 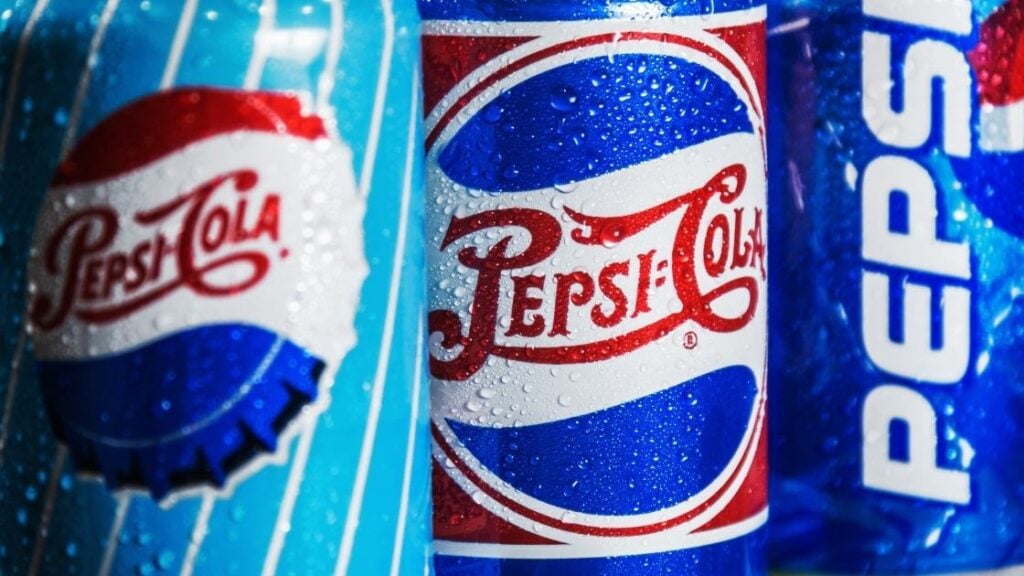 Most of these brands have many different flavors.

And Pepsi also makes a range of other beverages such as:

Below is a summary of the key points I covered in this article:

The trademark for Schweppes is not owned by Pepsi, however, they are a licensed partner and bottle and distribute it.

The Schweppes trademark is owned by Keurig Dr Pepper who took ownership in 2008.

Prior to that, it was owned by Cadbury – the well-known confectionery brand, which made both beverages and confectionery.

But, prior to Keurig Dr Pepper acquiring it, they split into two companies, a beverage company, and a confectionery company.