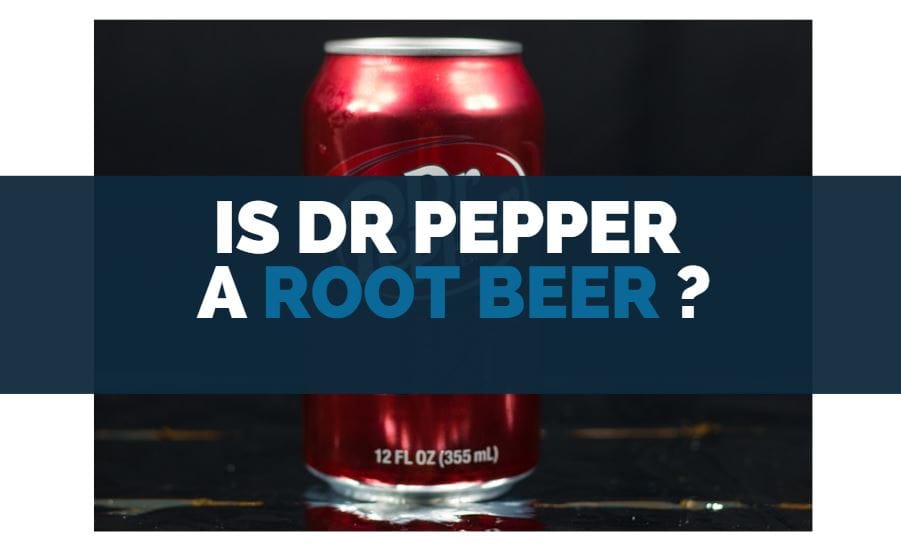 Dr Pepper is one of the most popular soft drinks in the world.

This famous drink is found all over the US, Europe, Asia, South American and Australia.

Dr Pepper was first invented in 1885 and is one of the “big 3” soda brands in the US, the others being Coca-Cola and Pepsi.  But what exactly is Dr Pepper?

Is Dr Pepper a root beer?

Dr Pepper has many things in common with root beer, primarily among those its slightly vanilla taste, but it is technically not a root beer.

So what exactly is Dr Pepper?

Dr Pepper is also not a cola either, because it does not contain extract from the Kola nut, unlike Coca-Cola and Pepsi.

Dr Pepper is its own unique thing and the company classifies it as “spice cherry.” So Dr Pepper occupies a kind of no man’s land in soda classification. It is not really a cola or a root beer, but its own category of soft drink.

A federal judge has even weighed in on this point and ruled decidedly that Dr Pepper is not a “cola product.” 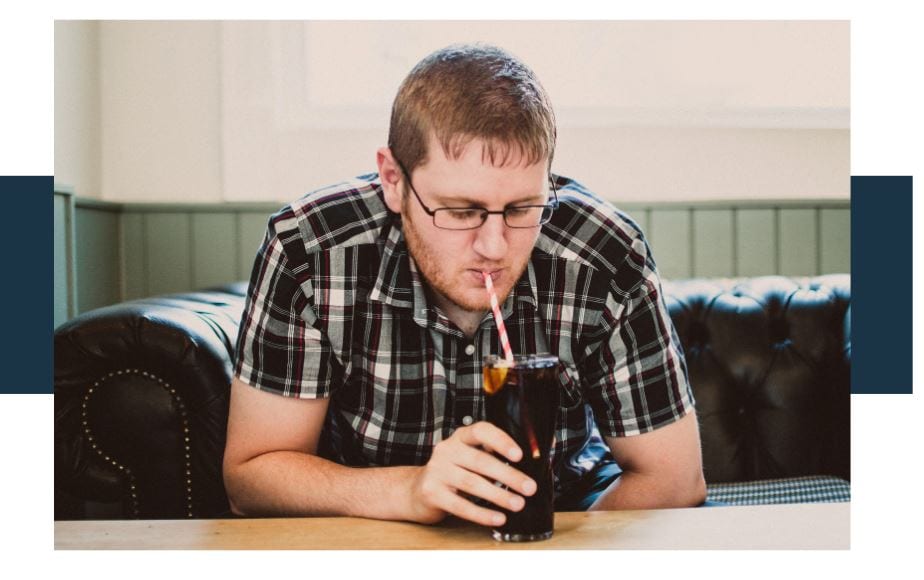 Dr. has always stood apart from other soda brands due to its unique taste and one that is extremely hard to pinpoint.

It was once even branded with the slogan “Always One of a Kind.”

Dr Pepper is made with 23 ingredients, most of which are a secret. It has been around since the 1800s so it has gone through several iterations and the company has introduced alternative flavors. So we are going to focus on the original flavor.

Dr Pepper has a deep-bodied flavor with hints of allspice, cherry, and the faint taste of licorice. It also has a very fruity element to it such as cherries, plum juice, and prune juice, but some people also report flavors such as apricots and citrus.

Many people say that Dr Pepper tastes somewhat like Coke, except “spicy Coke.”

Some also draw comparisons to root beer. Whatever the truth is, there is a lot going on in this soda.

Some people have claimed that Dr Pepper also contains black or even cayenne pepper. Dr Pepper keeps its formula a closely guarded secret, so we can’t actually say for sure that it does not contain these things.

In many ways, Dr Pepper is kind of like a Rorschach test for flavor because people will read in their own tastes.

Dr Pepper has also been parodied on South Park as being the “agnostic’s soda” because its taste “cannot be described.”

Is Dr Pepper A Cola? 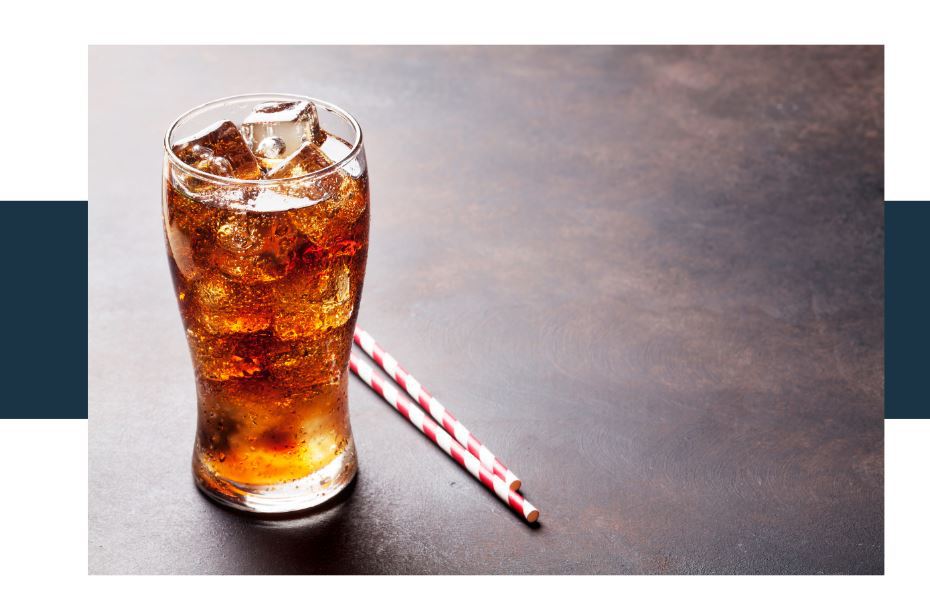 Regardless of arguments and differing opinions about Dr Pepper’s taste, one thing is pretty certain.

It is neither a root beer nor a cola.

Root beer is a beverage that is traditionally made from the root bark of the sassafras tree. That is what gives root beer its characteristic dark coloring and slightly vanilla-ish flavor .

Root beer usually is alcohol-free and has a thick foamy head, like a glass of regular beer.

However, most root beer nowadays is not made with authentic sassafras because a certain chemical in the bark, called safrole, has been discovered to be a carcinogen.

Most commercial root beer nowadays is made with artificial sassafras flavoring or safrole-free sassafras. Root beer also traditionally contains black cherry wood, red spruce, burdock, and dandelion so it’s quite the smorgasbord of roots and plants.

The makers of Dr Pepper have definitively stated that Dr Pepper is not a root beer and does not contain sassafras. So what about Cola? Is Dr Pepper a cola?

Dr Pepper is not considered a cola either.

Back in 1963, a federal judge ruled that Dr Pepper is not a cola product, which meant that regional bottlers and distributors were now free to bottle and distribute Dr Pepper without running afoul of any contractual obligations with Coca-Cola and Pepsi.

This ruling was actually what allowed Dr Pepper to become a nationwide phenomenon as previously, it was very hard for the company to find a network of independent bottlers.

Dr Pepper also does not seem to contain Kola nut extract, which many would consider to be a prerequisite for a soda being considered a cola.

So Dr Pepper does not seem to be either a root beer or a cola. It is its own unique variety of soft drink. 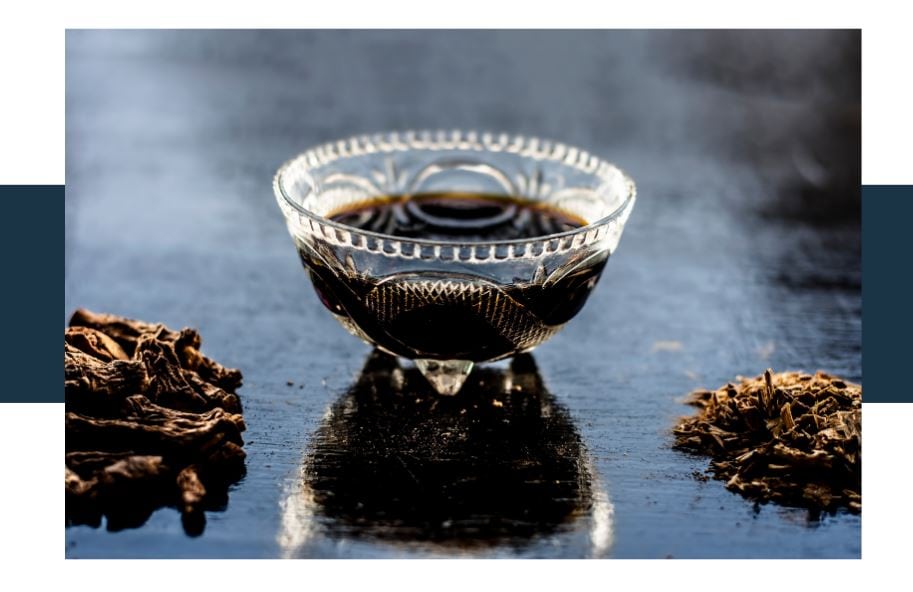 Sarsaparilla is a type of soft drink similar to root beer and made using the roots and vines of the Smilax ornata plant.

Sarsaparilla was very popular in the United States during the 19th century and was originally sold as a kind of medical tonic for skin and blood problems.

But the drink never really broke out of the US and made it to other countries. However, several countries have created their own varieties of sarsaparilla soft drinks.

So once again, we find that Dr Pepper avoids convenient classification.

So What Is Dr Pepper Made Out of?

It is very hard to say what Dr. Pepper is made out of.

The company keeps its 23 ingredients a closely guarded secret and have never even given hints as to what they might be.

If you look on the back of a can of Dr Pepper, the ingredients list includes

Most of these ingredients are common in other kinds of sodas. It is the “natural flavoring” where the 23 ingredients work their magic.

Apparently, this formula is such a highly guarded secret that only 3 people know the list of ingredients in its entirety.

There are even rumors that they have split the ingredients list in half and store them in different safety deposit boxes at separate banks. 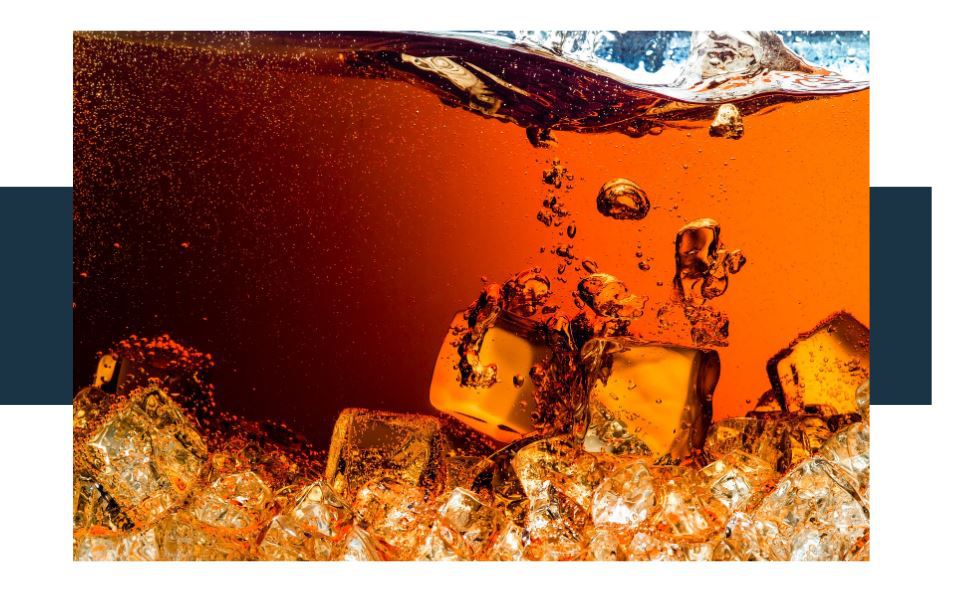 Dr Pepper was invented in 1885 by a man named Charles Alderton who wanted to make a soda syrup that tasted the way that his store smelled.

Apparently, he kept his notes about the ingredients in a journal that has been presumed to be lost to the ages.

However, in 2009, an old journal was found in a Texas antique store that contains a list of ingredients for Dr Peppers Pepsin Bitter.

Among this list include ingredients such as wahoo bark, bitter orange peel, mandrake root, sweet flag root, syrup, and glycerin.

The Dr Pepper Snapple Group has neither confirmed nor denied the authenticity of this journal, but they have stated that the recipe was very unlike the formula for Dr Pepper.

They also have stated that using the ingredients in the list would create a drink that tastes nothing like Dr Pepper.

and more, but we could not find any source that authenticates this list and the company has not said anything about it.

So it seems that the secret of Dr Pepper is still just that—a secret. Who knows if we will ever figure out what the actual secret formula of Dr Pepper is.

What is Dr Pepper a Doctor Of?

Like we said earlier, Dr Pepper was first created by a man named Charles Alderton back in the 1800s.

Alderton was a pharmacist and he originally made Dr Pepper as a medical tonic for skin and blood problems (incidentally, most old-school soft drinks were originally marketed as having medical and therapeutic benefits).

Alderton also gave the original name to Dr Pepper, which he claimed was a nod to his former colleague

There is an urban legend that Morrison had a love affair with Charles Pepper’s daughter and named the drink after her family.

But this tale is mostly figured as an urban legend.

Besides, Pepper’s eldest daughter would have only been about 8 years old at the time the drink was named. Either way, Morrison seemed to like this story as he recanted it to stockholders many times.

Regardless of the actual story of the naming, Charles T. Pepper was certainly a real person who worked as a Confederate surgeon during the American Civil War.

After the war, Pepper opened a drug store in Rural Retreat, Virginia where he sold medical supplies. Charles Pepper is still interred in a local cemetery in the region.

Pepper was known around town for the carbonated beverages, although there is no real evidence that he did in fact work with both Wade Morrison and Charles Alderton at some point in his career.

Many people claim that Wade Morrison and Charles Alderton stole the original formula for the drink from him and passed it off as their own.

Others claim that Pepper helped Alderton and Morrison create the blend and named the drink after himself.

The Dr Pepper Museum in Waco Texas has so far been unable to authenticate any of these naming stories though.

So we don’t actually know the real history of the naming of the drink. Still, it’s a fun topic to speculate about, even if we never may know the actual truth.

Dr Pepper may have allegedly been named after a doctor, but the correct spelling of the name does not include a period after the “Dr.”

Originally, the name had a period in it but the company dropped the period in the 1950s after the rebranded the soda and created a new label.

Public polls found that the name was considered easier to read without the period, so the company removed it and it has stayed that way ever since.

Can You Drink Hot Dr Pepper? 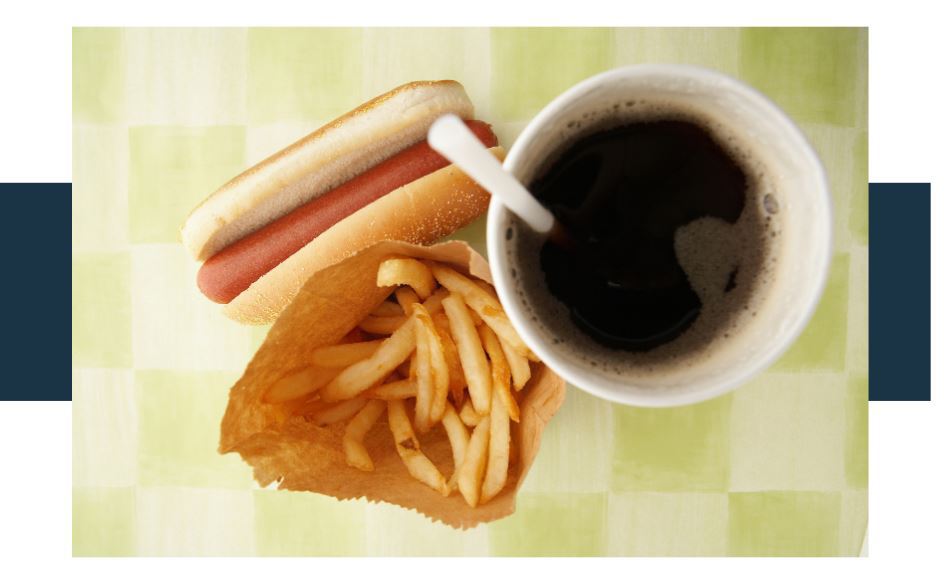 Most people probably only drink Dr Pepper cold, but did you know that there was a time where the company tried to market a hot version of Dr Pepper?

Back in the 60s, the company tried a new marketing campaign pushing hot Dr Pepper with lemon slices as a festive holiday drink.

Hot Dr Pepper was moderately popular when it was being marketed, but you can probably tell that the fad did not stick.

Still, though, hot Dr Pepper has its followers and it is still served in some places in the country.

Personally, hot Dr Pepper does not sound too appetizing to use so we will have to pass on that one.

You Can Still Get Dr Pepper With Real Cane Sugar 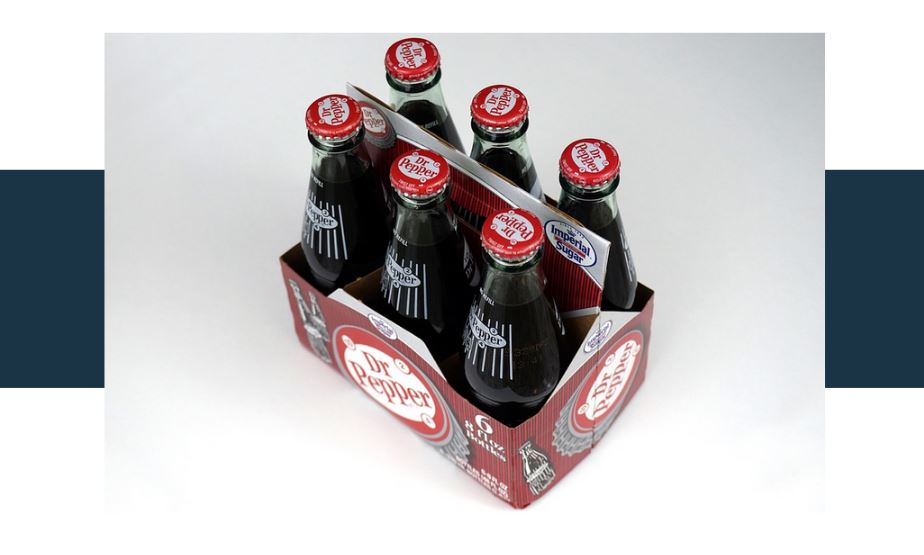 Like most major soda brands in the US, Dr Pepper is now mostly made with high-fructose corn syrup instead of real cane sugar. There actually was a small bottling company called Dublin Bottling Works located in Texas that continued to make cane sugar Dr Pepper under the moniker “Dublin Dr Pepper.”

However, in 2012, the Dr Pepper Snapple Group bought out the franchise and discontinued making the drink under the “Dublin Dr Pepper” name.

The company still agreed to continue making Dr Pepper with real cane sugar for this region in Texas.

Dr Pepper is one of the most popular soft drinks in the country and for good reason.

For more than 140 years, Dr Pepper has captivated people with its unique taste and heady flavor.

From its start as a medical tonic in a small town in Texas, Dr Pepper has grown into an international sensation.

It’s not a root beer and not a cola, but something different entirely. Its unique blend of ingredients have set it apart from competitors and created hundreds of pages of speculation about what those 23 key ingredients might be.