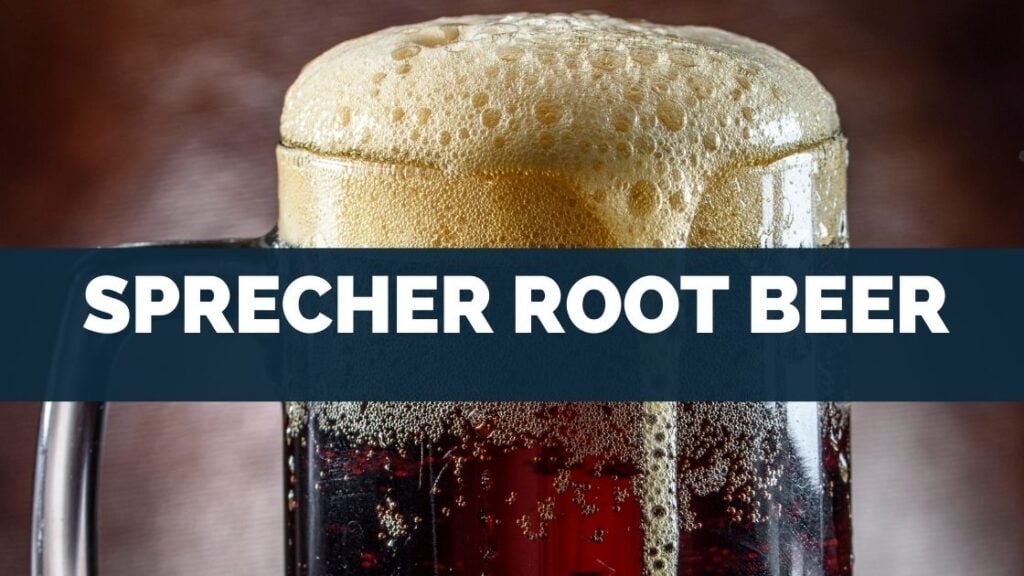 Sprechen sie Sprecher? Sprecher Root Beer might not exactly have you speaking German.

Still, this craft root beer will most certainly have you talking about it – in whatever language you prefer.

Sprecher root beer is a craft root beer made in Milwaukee, Wisconsin.

Sprecher Brewing Co. is a microbrewery and fire brew their root beer which gives it a sweet, creamy, and rich taste with some complexity from natural botanicals.

Root beer has become somewhat of a fashion over the years.

If you are a lover of root beer, you would have heard the name somewhere before.

Whether you have or you haven’t, the overall verdict seems to be overwhelmingly positive.

This fire-brewed root definitely has something to it.

Where Is Sprecher Root Beer Made? 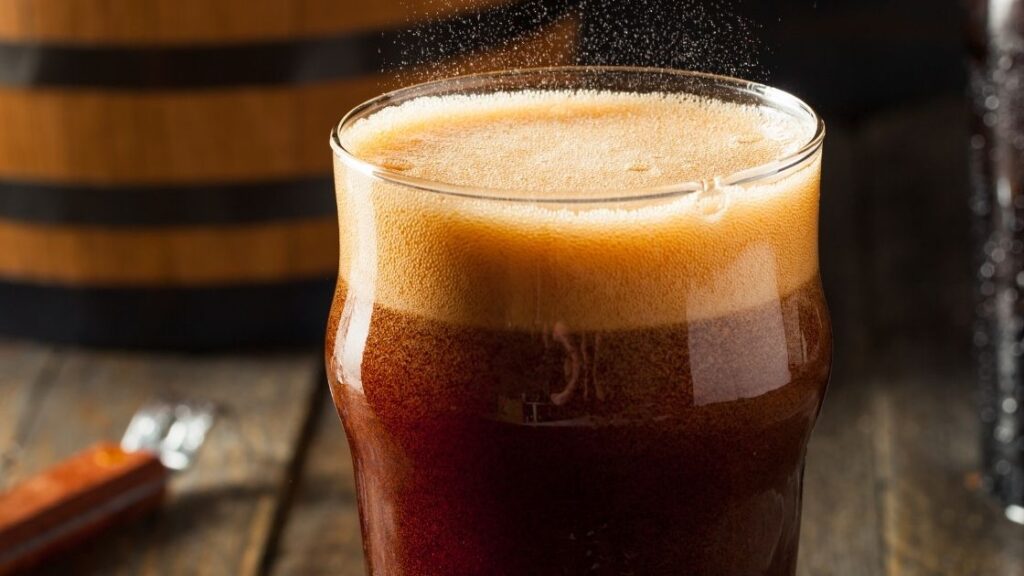 But you can’t ask the question of making Sprecher root beer without knowing a bit more about how it got there.

Where Did It All Begin?

Esteemed as the first craft brewery in Brew City, Sprecher Brewing Co. fired off its first craft beer in 1985.

The founder, Randy Sprecher, discovered his passion for a good beer while he was on 18-month military service in Augsburg, Germany.

Upon returning to the US, Randy discovered that the imported beer was too expensive for his budget.

On top of that, the quality was not as he experienced in Bavaria. An enthusiastic and resourceful Randy didn’t put up with this and started brewing his own beer at home.

This brewing ambition led him to study brewing – specifically fermentation science – at The University of California, Davis, in 1972.

He excelled at his studies and was offered Supervisor of Brewing Operations at Pabst in Milwaukee.

What could have been seen as a complication, Randy took it as an opportunity.

He took his savings and started working on his dream: a brewery of his own making top-class German lagers and well-balanced beers with good flavor.

Sprecher Brewing Co. bubbled onto the scene in 1985.

Only a year after putting beer into barrels, founder Randy added sodas to the menu.

Sprecher root beer instantly became a hit and turned out to be a staple for the brewery.

You’ve got to ask yourself: What makes this root beer so good?

The root beer features distinct honey-vanilla flavors, which leaves you with an unexpectedly smooth aftertaste.

Sprecher’s use of aromatic botanicals gives the root beer a complex flavor profile that will complement the richness of the beverage.

What Are The Ingredients In Sprecher Root Beer? 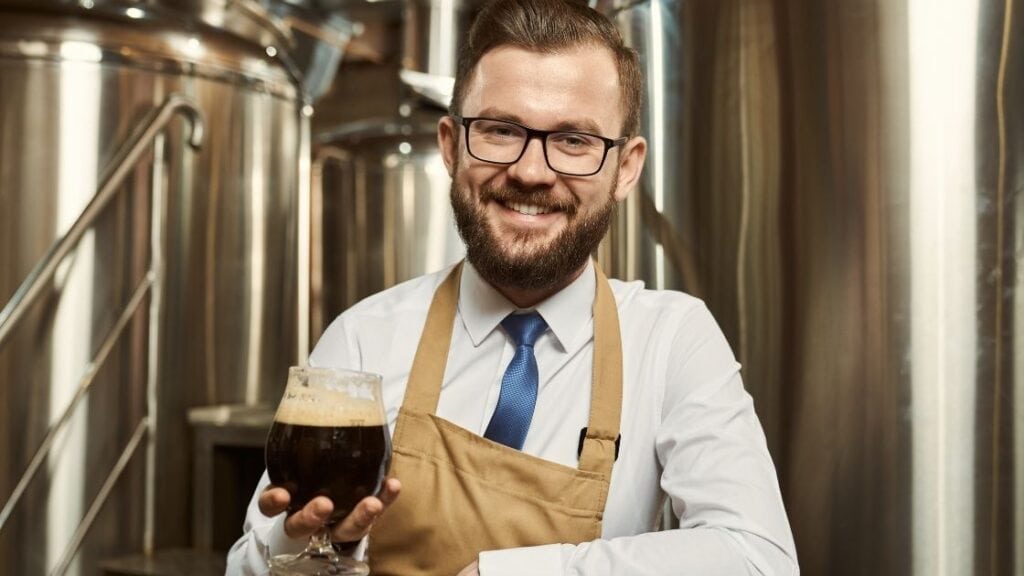 On the label, Sprecher root beer has the following ingredients:

These seem pretty similar to other root beers. What makes it stand out? What is it that gives it the edge, the slightly different flavor profile?

Sprecher Brewery Co. feels that three things are unique to them.

Their soda is handcrafted, they use pure raw Wisconsin honey, and fire-brew their root beer.

Sprecher root beer is made in the same brewhouse and with the same system as its beer.

Where other breweries use kettles with steam as a heat source, Sprecher uses fire.

The typical method of adding ingredients to a tank, mixing, and bottling the root beer isn’t followed.

Sprecher root beer is made by brewing the ingredients for hours and slowly letting the sugar caramelize from the heat.

The whole process of brewing the root beer takes about a day.

The most important part of the process is the caramelization which is responsible for blending the flavors and creating a complex yet silky smooth finish.

The complete secret of Sprecher root beer will naturally not be commonly known.

Still, there is one specific detail that Sprecher eagerly shares: their honey is sourced directly from Indian Summer Honey Farm in nearby Germantown. 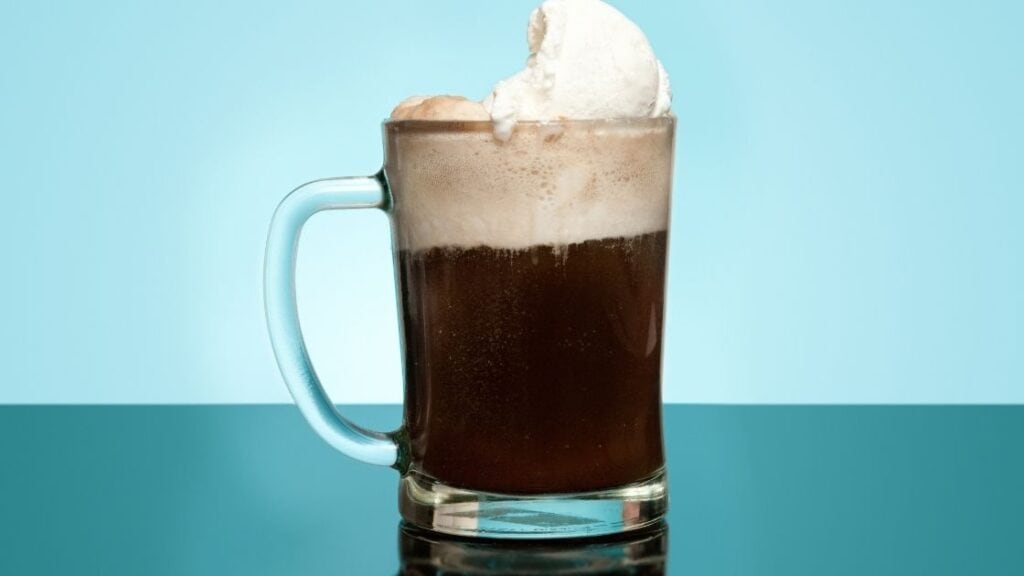 Sprecher sodas are all without caffeine. An added bonus is that they are gluten-free, too.

As with most things in life, there is the exception of their recently added caffeinated line.

The root beer varieties with caffeine consist of the Caffeinated Root Beer, Caffeinated Citrus Splash, and the Energy Root Beer.

The addition of caffeinated root beer just confirms the popularity of the beverage.

This modern packaged and designed caffeinated version of the famous root beer contains 70mg of caffeine per 12 fl oz.

Not really sure of how that compares to other caffeinated/energy drinks? Here are a few examples:

Clearly, Sprecher Energy Root Beer does not compete with the big boys of energy drinks or even just a regular cup of joe.

It does, however, bring a trusty old favorite some new oomph.

Root beer lovers will enjoy the familiar taste with the additional alertness benefits of caffeine.

How Many Calories Are In Sprecher Root Beer? 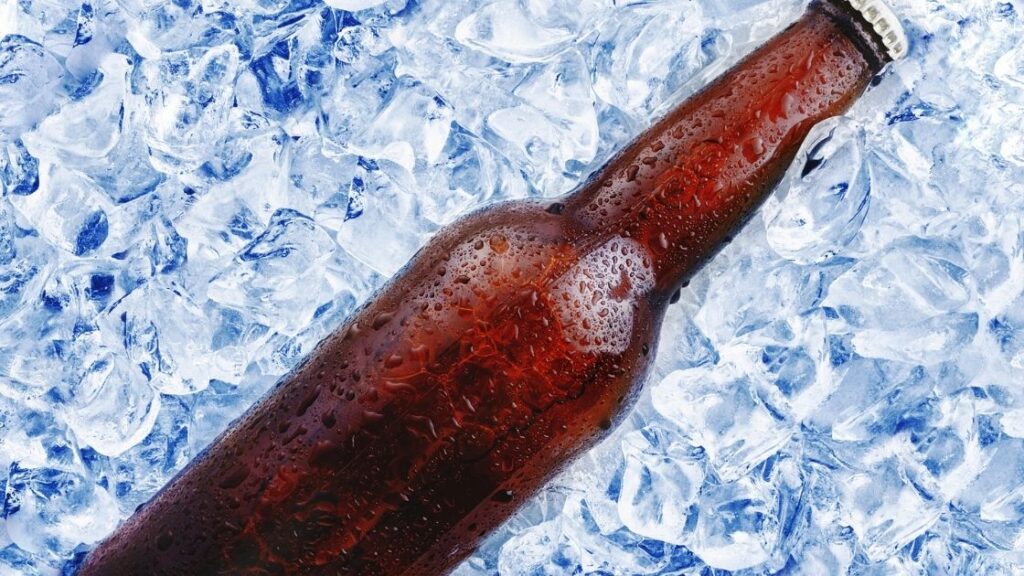 Sprecher root beer will not be for you if you’re into lightweight drinks with not much body to them.

Randy was quoted by the Journal’s Tom Strini in December 1985, saying: “If you want low calories and no aftertaste, we’re not the people to buy from.”.

However, society has become all the more health-focused.

Sprecher Brewery Co. noticed and expanded their root beer collection to include:

Suppose you are saving your calories for something else.

In that case, Sprecher Lo-cal root beer is a decent alternative to their original root beer.

This reduced-calorie beverage still offers decadent and creamy refreshment with only 25 calories per 8 fl oz serving.

Guilt-free enjoyment to make the most of your controlled calorie intake.

Sprecher root beer has been celebrated for decades.

Following barrels of successfully brewed beer, founder Randy Sprecher decided to make a line of sodas, too, including root beer.

The root beer Sprecher made became the daily bread of the brewery and has maintained the popularity throughout the decades.

On top of that, the brewery only uses raw Wisconsin honey as the sweetener in their products, sourced from a nearby town.

If you are a root beer enthusiast, be sure to make your way to Sprecher Brewing Co. for a slight twist on a regular root beer.

The honey-vanilla flavor will have you coming back for more.