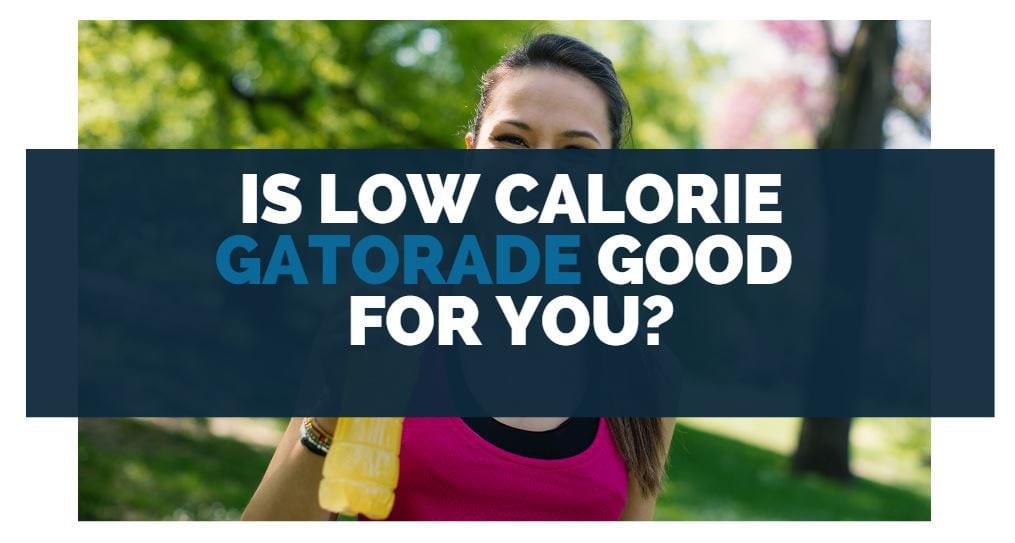 Gatorade is a sports drink that has been around for several decades and you’ve no doubt seen the ads splashed across billboards and TV Screens, especially the “low calorie versions”.

But branding and marketing aside we really need to get to the bottom of this low calorie angle.

So the main question I had was

Is low calorie Gatorade good for you ? and is it any better for you than the original?

The answer isn’t as clean cut as yes or no.

The low calorie version of Gatorade is the G2 brand.

This G2 drink has fewer calories by substituting sugar with artificial sweeteners like acesulfame and sucralose so as far as lower sugar count and its associated calories go – then yes it is a little better for you in that respect.

The unknown though are these artificial sweeteners.

The problem with this is that there is no definitive research done on these specific additives and artificial sweeteners.  This means nobody really knows just yet how good this low calorie Gatorade is for you.

Looking to pick up some mixed flavor Gatorade?  – then you can get that pack here

Stick with me and we’ll delve deeper into Gatorade and its ingredients.

Can You Drink Too Much Gatorade Zero?

Gatorade Zero may have few calories and no sugar, but that doesn’t necessarily mean it is any better for you.

Though it uses artificial sweeteners, it is still an electrolyte replenishing sports drink.

Unless you are the kind that exercises an hour a day every day, Gatorade of any kind is not necessary.

Though it may not have calories, it still has a few milligrams of sodium and that could put you at risk for high blood pressure.

When it comes to determining if it is possible to drink too much Gatorade, you should always think about it in the sense of when needing an extra push in rehydrating.

Again, Gatorade, with sugar or without, is designed to refuel the body after intense exercise and physical activity.

It acts as energy drinks with natural flavor.

For your body to actually need this kind of replenishment, you would have to work for a solid 60 minutes.

This workout also needs to be a high intensity training session.

Having too much of either Milligrams of sodium or potassium, or both at the same time, is bad for the heart.

Potassium can cause an irregular heartbeat, while high sodium causes high blood pressure.

So, it is quite risky to consume it for a person who is already suffering from heart disease.

The thing with Gatorade Zero is that it isn’t any less sweet.

It just gets its sweetness from alternative ingredients.

These artificial sweeteners are hot topics among the medical researchers.

There are studies that actually link artificial sweeteners to the increases in the likelihood of a person developing cancer.

The two biggest culprits of this are acesulfame K and sucralose, which both happen to be ingredients in Gatorade G2 and Gatorade Zero.

Artificial sweeteners also have a much more potent taste than regular sugar.

The problem with this is that it can actually overstimulate sugar receptors.

This means that there is a high possibility that too routine use of the sweeteners can lead a person to find healthy foods that aren’t sweet or inedible.

Is Gatorade Good For You When You Are Sick?

Sometimes Gatorade is recommended to help make sure you do not dehydrate if you have severe diarrhea or vomiting.

However, it has also been determined that, for kids, the extra sugar can actually make diarrhea worse.

If you are sick from a cold or other common ailments, you are less likely to actually suffer any severe dehydration.

If your sickness keeps you from drinking and eating regularly, causes a very high fever, or is causing you to not be able to hold stuff in your tummy, then Gatorade can help prevent dehydration.

Diluted apple juice can be used to help replace fluids in general times of your kid being sick.

Another better option is to give them Pedialyte or other electrolyte contents of a similar design.

So please be mindful of all of the above- this isn’t a medicinal product and I’m not a doctor so please take the appropriate medical advice.

With Gatorade being a top brand of sports drink industry, there is an automatic stigma that it is healthy and good for everybody. While sometimes this may be true, it doesn’t mean it always is.

As it turns out, a majority of the people who do drink Gatorade are not actually athletes. The problem with this is that most of these people are not physically active enough to actually reap the benefits from this Sugar-Free Sports Drink.

A regular Gatorade has 36 grams of sugar in a 20-ounce serving.

For an average person, this is too much sugar. Plus, many parents get Gatorade for their children to drink which compounds the issue for children!

This has led researchers to point at these sports drink and blame them for child obesity, an issue that is currently on the rise in North America.

The sugar content in Gatorade can also lead to tooth decay, particularly in children. 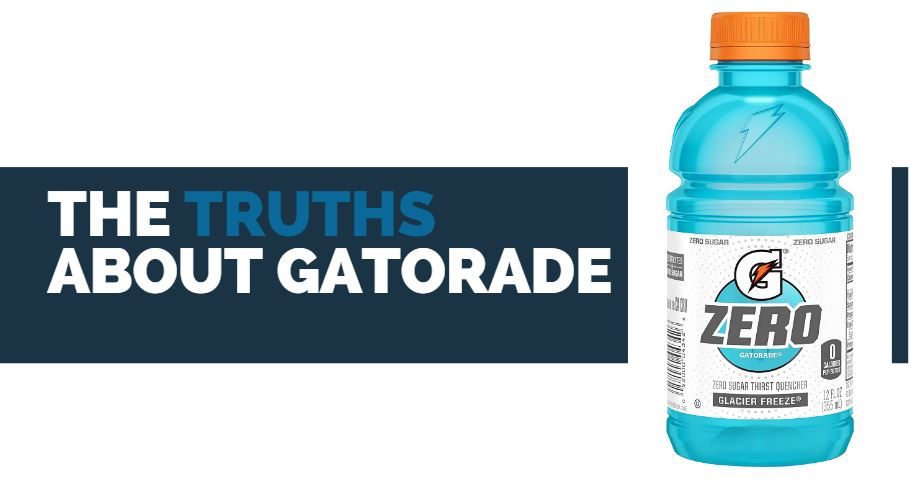 Another thing to think about is that Gatorade contains a lot of food dye. These include Red 40, Blue 1, and others.

Artificial food dyes are made from petroleum which can heighten a child’s hyperactivity.

These Artificial Food Dyes have also been tied to serious health concerns and health risks.

Though you may see Gatorade all over the place at different sporting events and through the sports industries.

In reality, a lot of those athletes actually try to avoid drinking it.

They focus mainly on drinking plain water. The reason behind this is that such drinks can cause weight gain.

For example, Gary Fisher is known for saying how “engineered nutrition” is actually counterproductive to an athlete’s goal.

It can cause unwanted weight gain.

A sports nutrition doctor actually tells his clients to drink plain water to rehydrate rather than any sports drink to prevent any kind of weight gain.

With this being said, it is the only drink, besides plain water, that is allowed to be kept on the bench in the NBA.

It is reported that the company pays $18 million dollars to ensure that their brand is the only brand there.

However, basketball players aren’t the only ones caught up in a money making deal.

The NFL has a $2.3 billion contract with Gatorade. Gatorade pays $45 million to NFL to be the official drink of the league.

This is on top of $16 million in marketing and $1.2 million to ensure players can be seen drinking the beverage.

Up until the past few years Gatorade had a very controversial ingredient. This ingredient is even banned in over 100 countries.

The ingredient is an additive called Brominated Vegetable Oil. What makes it so controversial is its use of Bromine.

Bromine has been linked to a number of health issues including neurological issues that affect a person’s balance and increase headaches.

It has also been reported that it causes irritation in the moist layers of mucus found inside your mouth, nose, lungs, and other parts of your body.

Overall, Gatorade is not a drink that is good for normal every day drinking. Gatorade is only good for you after you have – say just finished an hour’s worth of high intensity training.

Even then, it is strongly suggested that you drink water to rehydrate.

Though it is good for keeping electrolyte levels at a good level, it still isn’t a good idea if to use if you are sick, and this is contrary to popular belief.

Even for children, giving them Gatorade when they have diarrhea is not suggested. The high sugar in the drink can actually make it worse.

Looking to pick up some mixed flavor Gatorade?  – then you can get that pack here

If you think you can go around this and drink a low calorie or zero sugar version of the drink, it still may not be the best idea.

These alternatives use artificial sweeteners, which researchers still aren’t sure if they are completely safe for human consumption.

Many of these sweeteners have actually been linked to cancer and cause other health problems.

The truth is, nobody really can say that low calorie Gatorade is good or bad for your health.