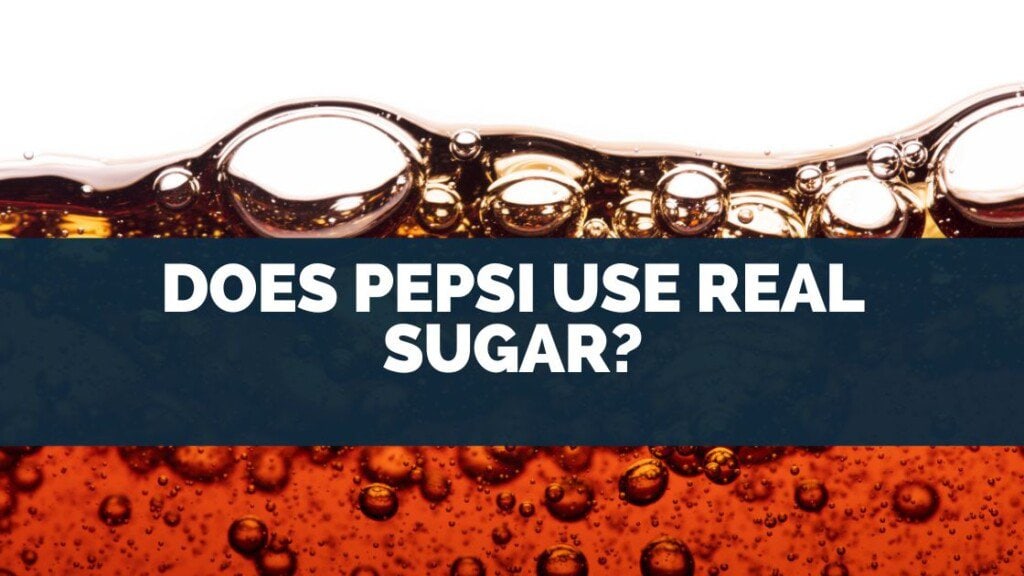 Pepsi has changed its formula over the years.

Pepsi has a sweet flavor because it’s sweetened, but there are a range of different sweeteners that can be used in sodas and other foods and beverages.

Today, I will cover if Pepsi uses real sugar, or something else.

Pepsi also sells a type of Pepsi called Pepsi Made with Real Sugar.

Regular Pepsi sold in countries outside the USA, such as the UK, and Mexico uses natural sugar.

Pepsi also sells a range of different sodas, such as Pepsi Zero Sugar, Pepsi Nitro, and a remake of the first Pepsi, Pepsi 1893 Original Cola.

Below, I will cover what type of sugar Pepsi uses in their sodas that are sweetened with sugar, and what is used to sweeten the different types of Pepsi such as Pepsi Zero Sugar.

What Type of Sugar Is Used in Pepsi? 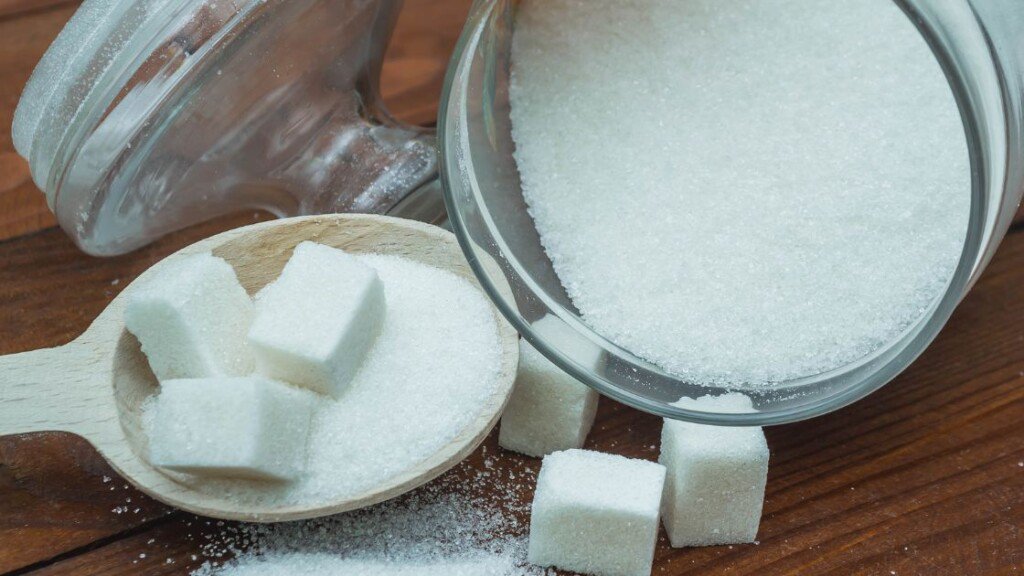 Pepsi often contains regular sugar but does vary based on the specific type of Pepsi and where it’s made.

So, here is what type of sugar is used in regular Pepsi.

This type of sugar is simply called sugar.

Pepsi has stated the exact type of sugar they use depends on how available and easy it is to source and changes from time to time.

Pepsi sold in the USA is sweetened with either:

Here’s a table that shows what each type of Pepsi is sweetened with:

Aspartame is an artificial sweetener that has zero calories and zero sugar.

Nonetheless, it is sweet and is used as a sweetener in various foods and beverages.

In short, a few chemical processes are done to create it.

Is Pepsi Made with Real Sugar the Same as Regular Pepsi? 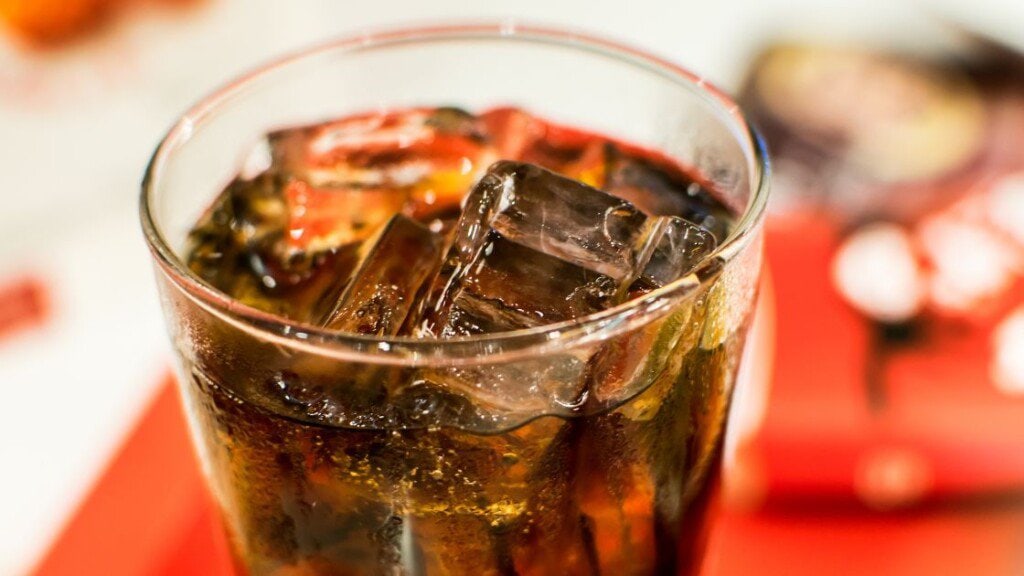 Pepsi has a version of Pepsi called Pepsi Made With Real Sugar.

Because it’s named as such, you would assume that because Pepsi calls explicitly it that, it’s different from regular Pepsi.

But here’s a rundown of whether Pepsi Made with Real Sugar and regular Pepsi are the same or different.

Pepsi made with real sugar is not the same as Regular Pepsi.

Most people report that Pepsi Made with Real Sugar tastes better.

Here a table that shows a list of the ingredients in Pepsi sweetened with real sugar compared to regular Pepsi:

As you can see, regular Pepsi has more ingredients.

Many people report that Pepsi Made with Real Sugar has a sweeter taste but is not overly sweet.

And they prefer it to regular Pepsi.

But unless you try them both at the same time, it’s likely you won’t notice a difference.

Unless you regularly drink one or the other.

For example, here is one review by Reed Reviews:

Interestingly, Pepsi, made in the UK and Mexico, is sweetened with real sugar by default.

Part of the reason is that corn grows very well in the USA. And therefore, the cost to produce corn syrup is relatively cheap.

Pepsi reports that corn syrup is easier to work with because it comes in liquid form.

At the same time, regular sugar is in powder form.

Therefore, more work is required to dissolve it into the syrup used to make Pepsi and other Pepsi products like Mountain Dew.

While it wouldn’t be much work overall, when you are working at the huge scales that Pepsi are, a minor difference adds up to a huge change.

And it’s commonly used in many regular sodas

How Much Sugar Is in Pepsi with Real Sugar? 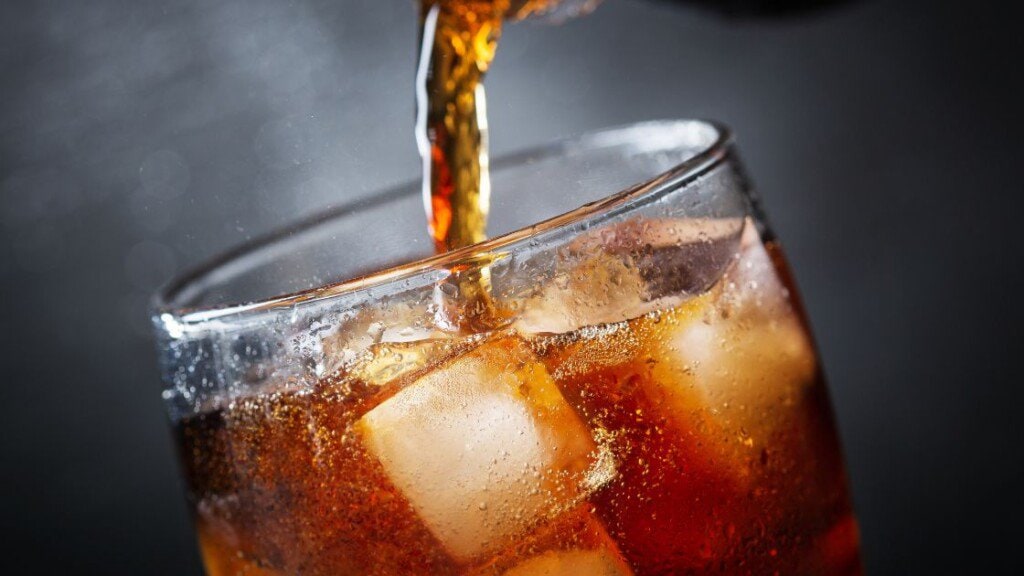 Most soft drinks that are sweetened with sugar or corn syrup contain about the same amount of sugar.

Pepsi-Cola Made with Real Sugar is unique because it’s only made with sugar.

But, here is whether it contains the same amount of sugar as other sodas, and exactly how much sugar is in Pepsi Made with Real Sugar.

This is about the same as the amount of sugar found in regular Pepsi.

Corn syrup used in Pepsi is also composed of sucrose and glucose.

It’s a little bit tricky to get your head around how the sugar in sodas like Pepsi work.

For example, on the packaging, it will typically state simply sugar in grams.

Whereas many sodas like Pepsi contain high fructose corn syrup.

The main thing to know is that sugar is made of two chemicals, glucose and fructose.

Therefore how much sugar is in Pepsi made with corn syrup is calculated as the amount of glucose and fructose.