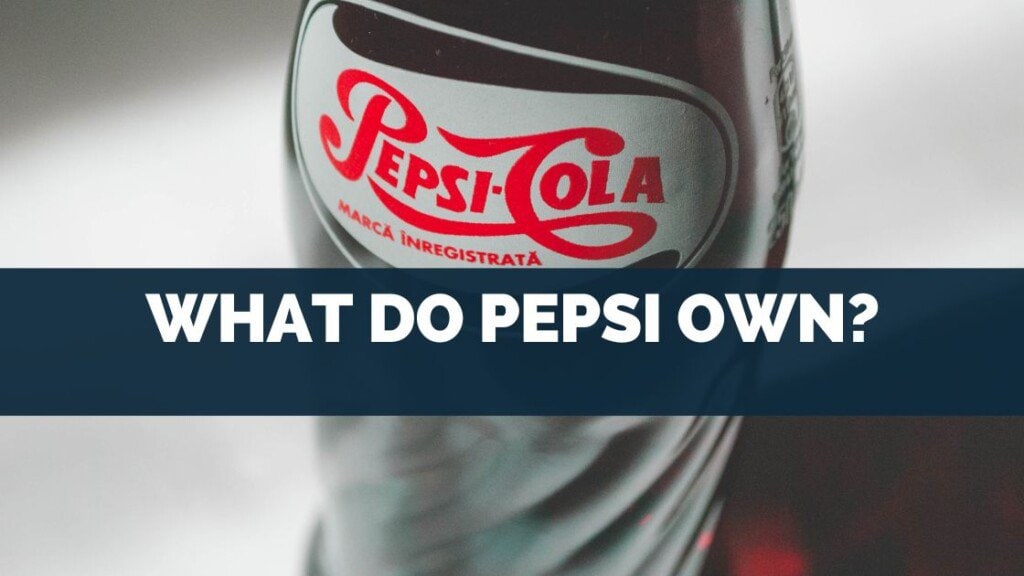 Pepsi is owned by PepsiCo – a huge company that owns many different brands.

Not only do they sell soft drinks, bottled water, and juices, but they also sell snack foods, and what are called convenience foods.

Many well-known brands are interestingly owned by Pepsi, so today, I will explain what PepsiCo owns.

PepsiCo is the name of the company that owns thousands of beverages and convenient foods.

According to their annual reports, Pepsico makes 55% of their revenue from convenience foods, and 45% from beverages, like Pepsi.

PepsiCo is also a partner with brands such as Starbucks.

A partner means they have provided funding to grow these businesses and in return, receive a share of the profits.

Below, I will provide a list of the most well-known brands Pepsi owns, which may surprise you, as well as, what companies they have partnerships with.

The Most Well-Known Brands That PepsiCo Owns? 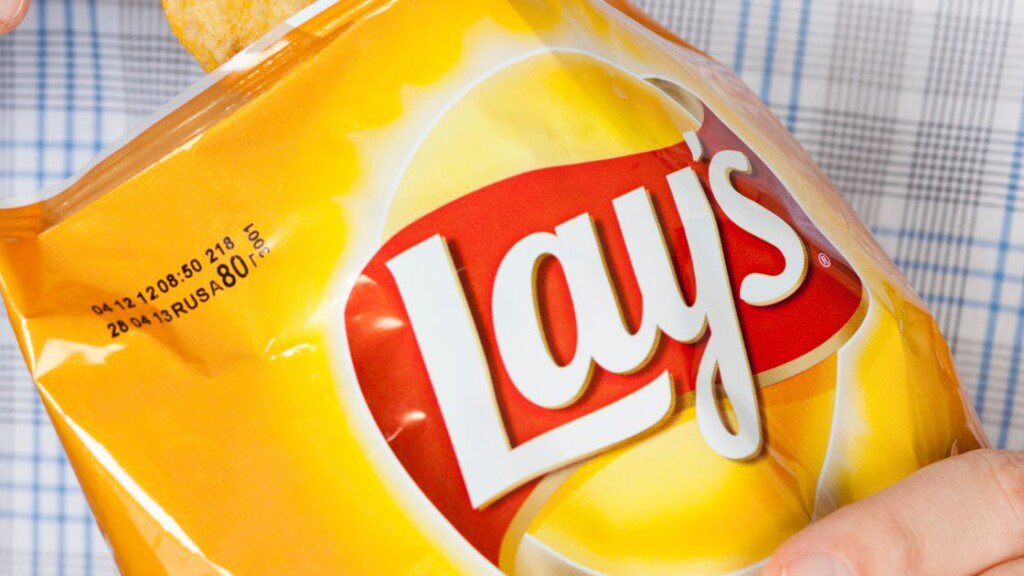 PepsiCo owns so many brands, that many of the brands they sell are not very well known.

So, almost everyone has heard of the brands owned by PepsiCo.

PBNA has licenses and makes certain brands for other companies. These include:

However, they don’t ‘own’ these brands.

Instead, other companies like Keurig Dr. Pepper – which are another extensive beverage and snack food company, pay them to make it.

They do this because it’s easy for PepsiCo to make these at their existing production facilities.

Which in some geographic locations are closer to cities where there is significant demand for their products.

Doing so makes it easier for other companies like Keurig Dr Pepper to distribute their beverages and convenience foods.

Which in turn means more profits for Keurig Dr Pepper.

Otherwise, they would need to pay more to ship their drinks and as a result, make less money.

With that said, here is a full list of all of the brands that PepsiCo owns as of 2022.

However, it’s important to note that PepsiCo often sells and acquires brands.

When they do, they often make a deal to have a percentage of the share of the sales.

Who are PepsiCo’s main competitors?

Based on data by Statista.com, PepsiCo is the second largest soft drink manufacturer.

But, PepsiCo doesn’t just make soft drinks, and soft drinks only account for around 50% of the total products they sell.

The other 50% is made of what they call convenient foods, such as snack bars, and cereals.

Therefore, they don’t just have competition from Coca Cola.

According to PepsiCo themselves, they state that Coca Cola is their main soft drinks competitor, but their other competitors are:

Does Pepsi Own Taco Bell and KFC? 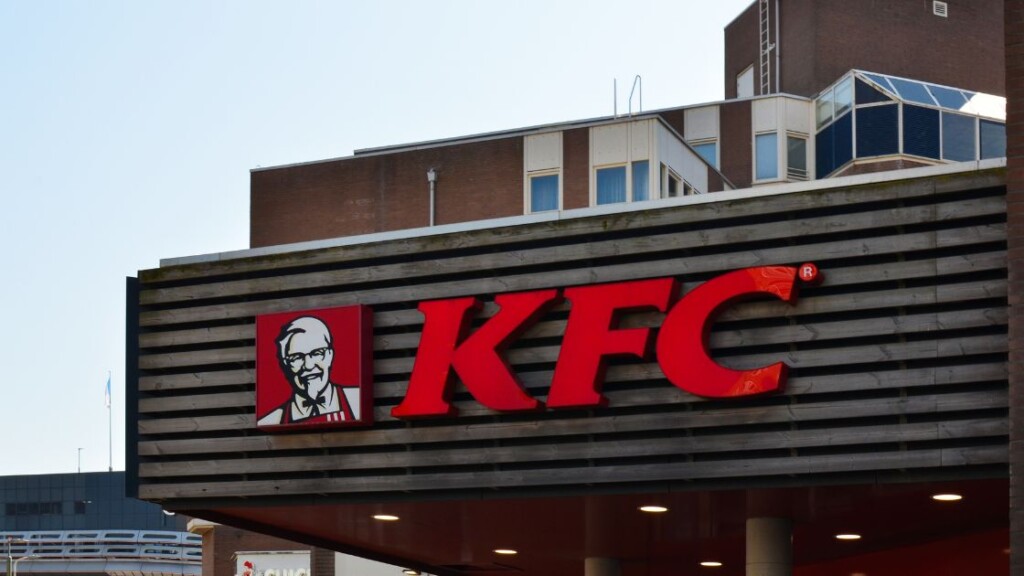 Unlike other restaurants, they sell drinks made by Pepsi such as Mountain Dew.

So, does Pepsi own Taco Bell?

PepsiCo does not own Taco Bell or KFC. Yum owns Taco Bell and KFC! Brands.

PepsiCo is a partner of many similar well known brands, such as Starbucks.

But, are not a partner of Taco Bell and KFC.

Pepsi does not mention Taco Bell or KFC in the annual report to investors and shareholders.

However, many of the key positions in Yum! Brands are held by people who used to work for PepsiCo.

Therefore, it appears that PepsiCo, Taco Bell, and KFC are working together to increase the sales of PepsiCo.

The main issue is that it would generally take up too much room to have both Pepsi sodas at a KFC store, and Coca Cola brands.

Does Pepsi Own Dunkin Donuts? 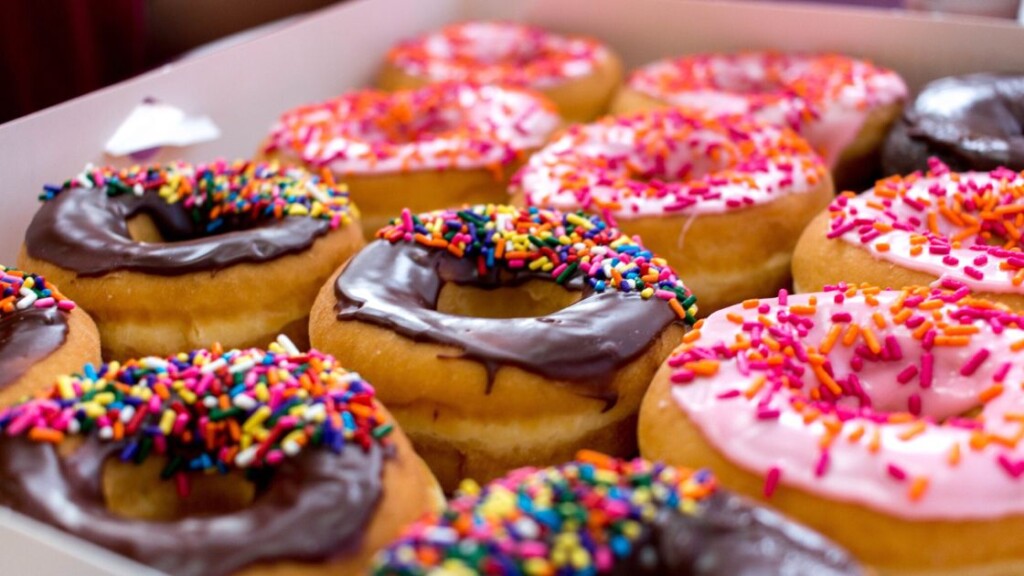 Dunkin’ Donuts are very popular and can be found almost anywhere.

They sell Pepsi sodas in their stores. But, here is if Pepsi owns Dunkin’ Donuts.

PepsiCo does not own Dunkin’ Donuts. Dunkin’ Donuts was previously owned by Dunkin’ Brands Group, Inc., but in 2020, was acquired by Inspire Brands.

By comparison, PepsiCo only owns brands of products like beverages, and snack foods.

However, PepsiCo partners with brands similar to Dunkin’ Donuts, such as Starbucks.

However, they only do so to make their products rather than to own a share in their stores.

Does Pepsi Own Starbucks Coffee? 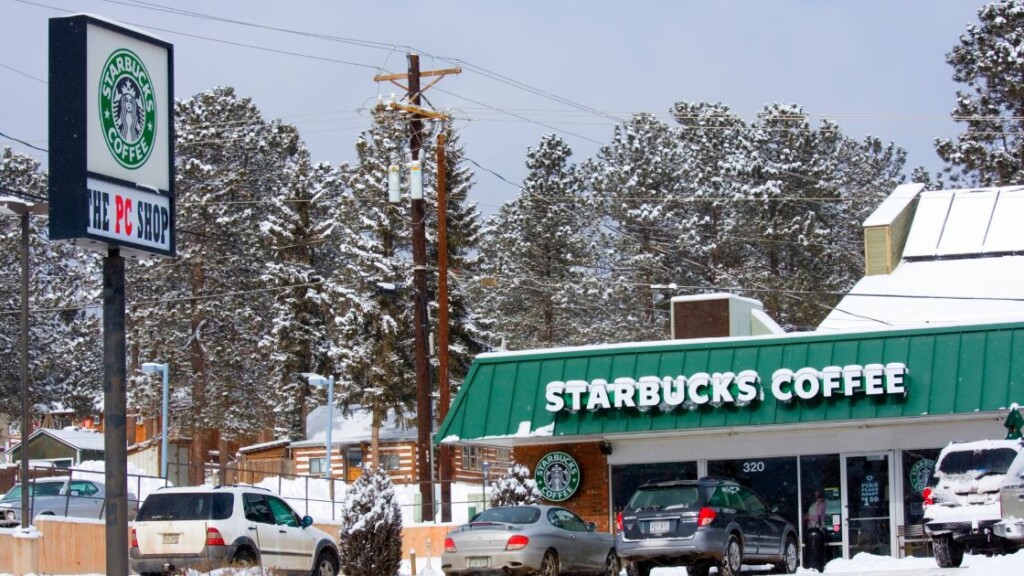 Starbucks coffee is the most recognized cafe around the world, and is famous for having almost identical quality coffee no matter what Starbucks Coffee place you go to.

PepsiCo does not own Starbucks coffee.

But, PepsiCo is a partner with Starbucks coffee.

PepsiCo is an investor and organizes some of the manufacturing of Starbucks products.

But, they don’t own a majority share of the company or own the rights to the trademarks exclusively.

PepsiCo states in their 2021 annual report that the segment of PepsiCo called PepsiCo Beverages North America.

“…either independently or in conjunction with third parties, makes, markets, distributes and sells ready-to-drink coffee products through a joint venture with Starbucks.”

According to the official Starbucks website, Starbucks is owned by Starbucks Corporation and is listed on the NASDAQ stock market as ‘SBUX’.

What Companies Do PepsiCo Own? 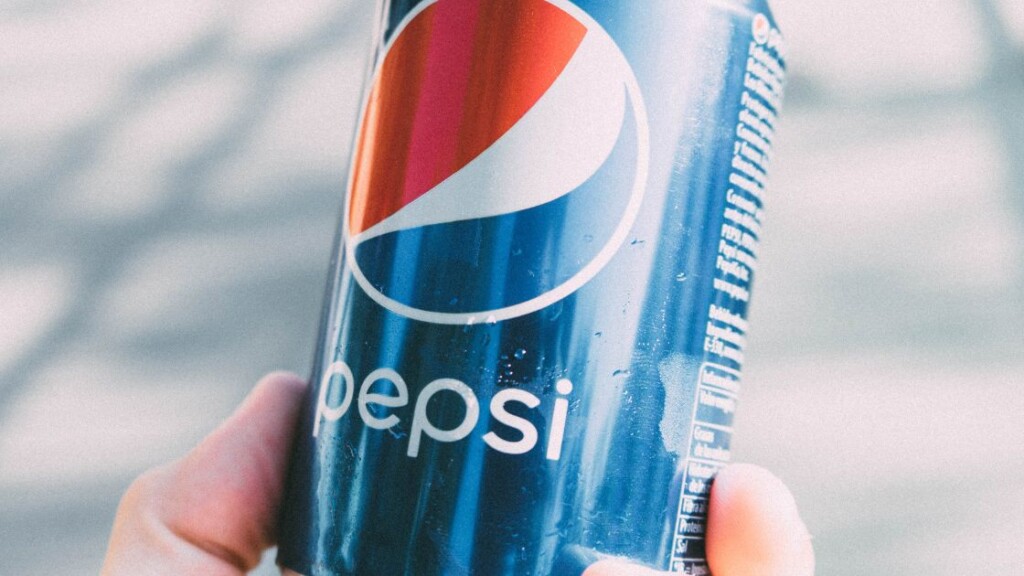 PepsiCo is the second largest soft drink company, but they also own a bunch of different food brands.

Some are very well known, and you’ve probably heard of them.

But, here are the companies that PepsiCo owns.

These are beverage and convenient food brands which they divide geographically, such as Asia-Pacific and Latin America.

They are also partners with brands such as Starbucks.

PepsiCo owns many well-known snack food brands, such as Dorritos and Cheetos.

A full list of all the most recognizable brands that PepsiCo owns are provided near the top of this article.

How Many Brands Does PepsiCo Own? 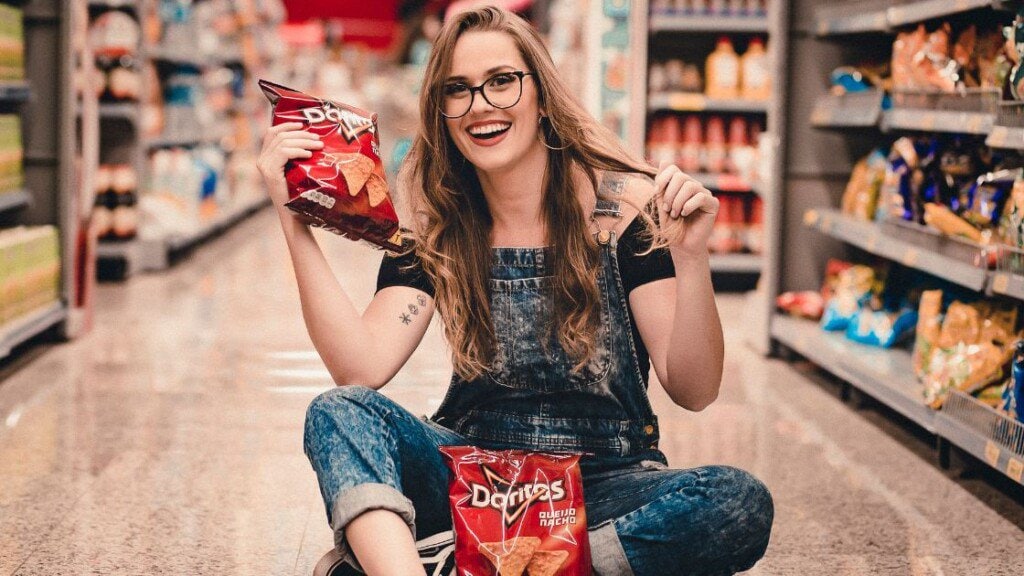 PepsiCo is a very large company that has been in business for over 50 years.

After starting with just one beverage – Pepsi-Cola, PepsiCo now owns MANY different brands.

Here is how many brands PepsiCo owns.

The brands they own also change fairly often. For example, in 2021, they sold the brands Tropicana and Naked.

On average, 45% of their sales are from beverages such as Pepsi, and 55% are from convenience foods such as Doritos.

Interestingly, PepsiCo makes most of their revenue from their snack food brands.

According to the annual reports, sales of their snack foods make an estimated 40% in profit.

Whereas sales of beverages such as Pepsi, Mountain Dew, and Gatorade only generate 20% in profit.

Is Pepsi Owned by PepsiCo? 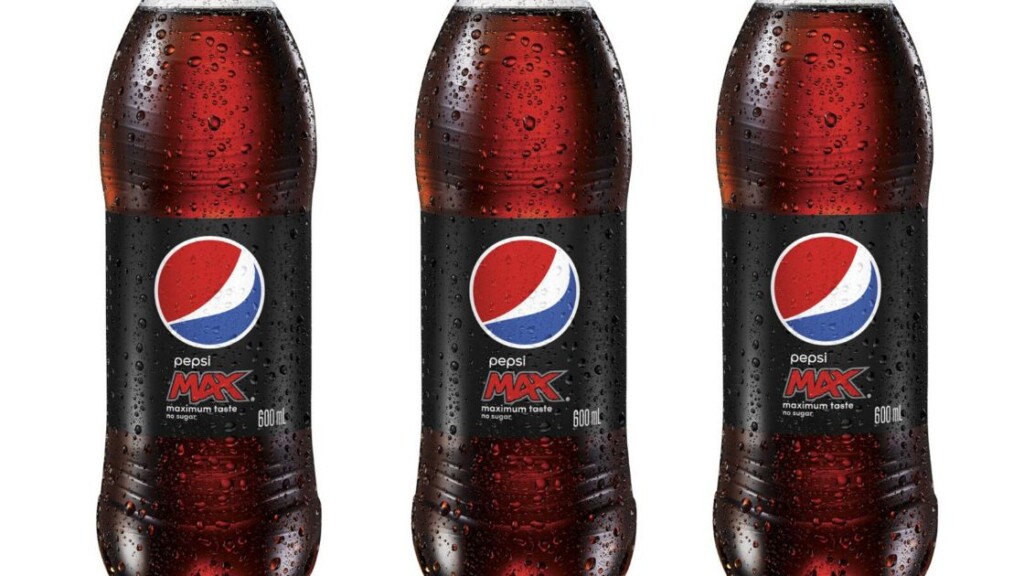 PepsiCo is a huge soda company, whereas Pepsi is one of the most sold soft drinks worldwide.

But, is Pepsi owned by PepsiCo?

PepsiCo owns Pepsi. PepsiCo was formed in 1965 when the CEO of Pepsi-Cola, Don Kendall, signed a deal with Herman Lay.

At the time Herman Lay was the CEO of Frito-Lay.

The Pepsi brand came under the PepsiCo company and has remained a PepsiCo brand ever since.

Before PepsiCo was called PepsiCo, the company that made Pepsi and had rights to sell it was simply called Pepsi-Cola.

As you may know, PepsiCo commonly sponsors sports athletes and celebrities such as Shaq and Kylie Jenner.

They also sponsored the Super Bowl halftime show for about 10 years, until recently in 2022.

Where their 10-year contract ended with the NFL, and Apple Music won the contract to sponsor it for the next 10 years.