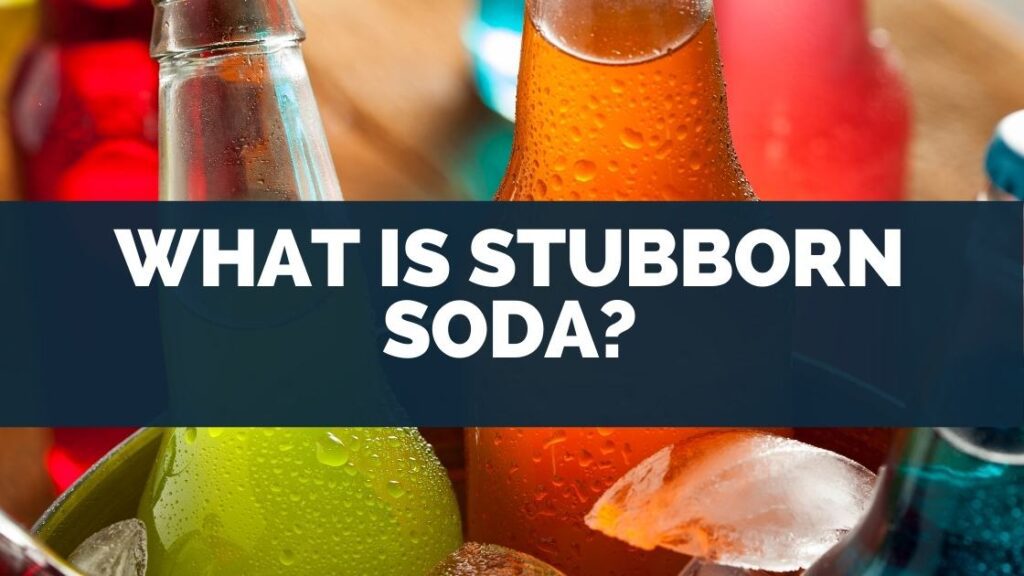 I came across Stubborn soda and was really intrigued so starting to do a little research and here’s what I found.

So what is Stubborn soda?

Stubborn Soda is a craft soda brand that is Fair Trade-certified organic.

It doesn’t contain artificial sweeteners – except for its zero-sugar flavor and is made with all-natural flavors, like (Orange Hibiscus or Black Cherry) according to its nutritional values on the official website. Stubborn soda contains CITRIC ACID and phosphoric acids as well.

It’s sold in cans or bottles and via soda fountains.

Keep reading to learn more about what Stubborn soda is.

Does Pepsi own Stubborn Cola? 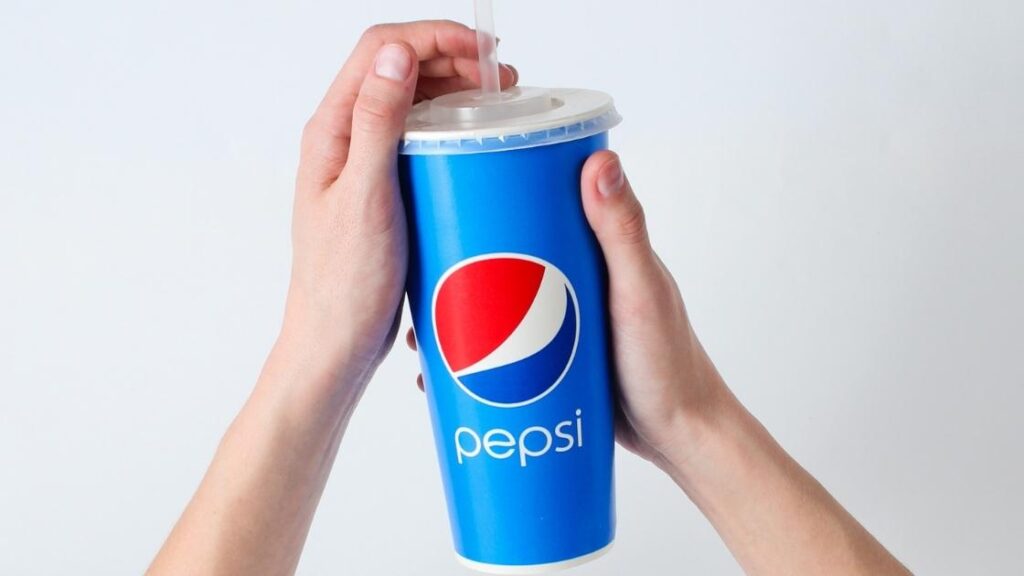 An article by Business Insider says that PepsiCo introduced Diet Pepsi and Stubborn soda in 2015.

And on the Stubborn soda website, they say to contact PepsiCo partners if you want to sell it in our store.

Some sodas are licensed to multiple companies such as Schweppes which is licensed to the top 2 soda companies, Coca-Cola, and PepsiCo.

And interestingly Keurig Dr. Pepper owns its trademark which is a license to Coke and Pepsi.

I recently explained this in more detail in Is Schweppes a Pepsi Product? article.

What is Stubborn soda sweetened with? 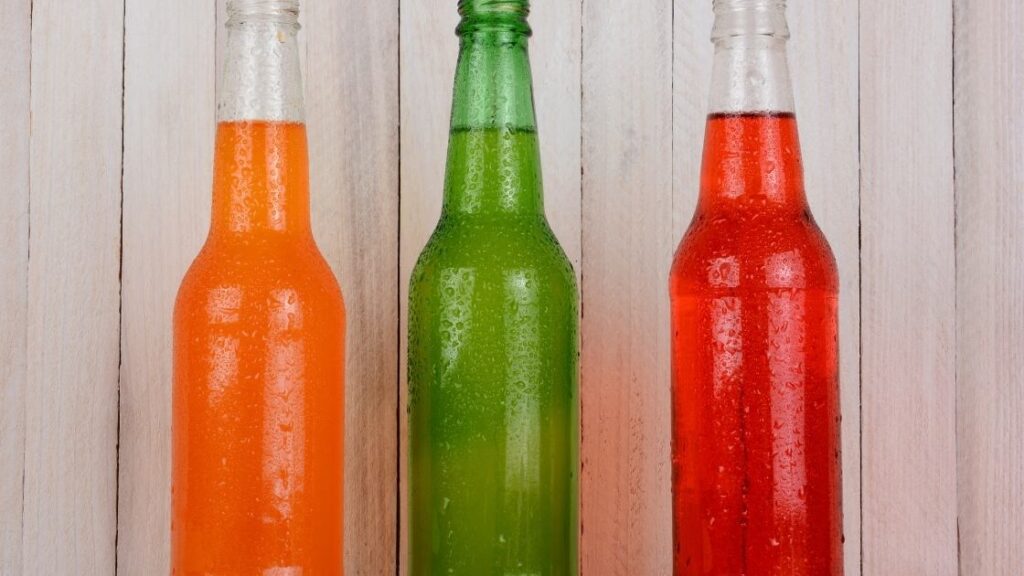 They also have a zero-sugar version of their cola flavor that is sweetened with sucralose.

Sucralose is an artificial sweetener that doesn’t have any calories according to Healthline.

The sweetener used for each individual flavor of root beer and Stubborn soda can be seen by using the search feature on the PepsiCo beverage facts website, available here.

On their official website, Stubborn soda states that their sodas don’t contain any artificial sweeteners.

However, there is one caveat which is that this doesn’t apply to the zero-sugar cola and Diet Pepsi flavor which is sweetened with sucralose.

In the opinion of the article by Healthline which is reviewed by a doctor, sucralose is an artificial sweetener that is 400 to 700 times sweeter than sugar. Although, it has to PROTECT FLAVOR.

They also say that there is still more research that needs to be done on the effects of sucralose on your health, and whether it is good or bad for you has yet to be conclusively proven.

There is a recommended daily sugar intake which is stated by Harvard Medical School and NHS.co.uk, which they say is 25g to 30g of sugar per day. 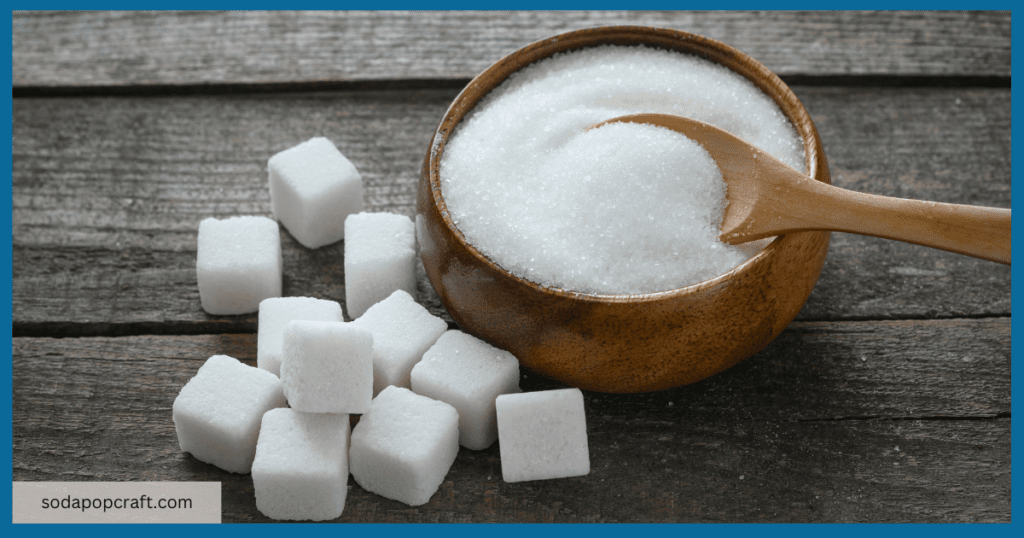 The sugar content of the Stubborn sodas that aren’t the zero sugar cola is 38g per 12 oz (360 mL) approximate values.

Which is roughly equal to a cup and a half of Stubborn soda.

Therefore, it’s best to consume around half a cup to 1 cup of Stubborn soda a day.

Any amount of sugar or Cane Sugar over this amount increases the risk of health issues such as cancer, and heart disease according to Harvard Medical School.

Also, many consume sugar in other foods such as cereal and snack foods, so it can be a good idea to monitor how much sugar you eat, and adjust how much soda you drink accordingly.

Does Stubborn soda have alcohol in it? 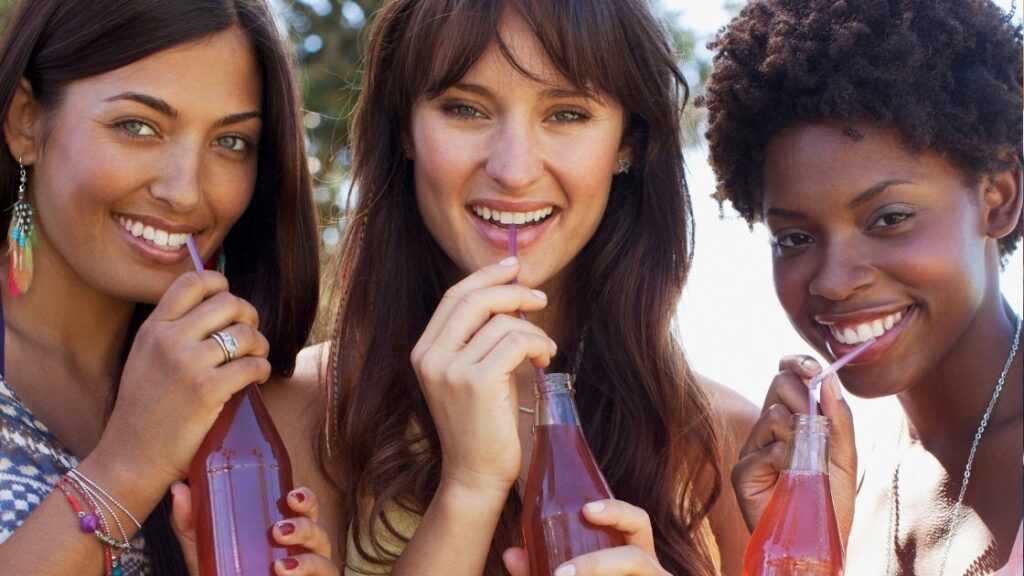 None of the Stubborn soda flavors have alcohol in them.

Like other sodas, however, you can use Stubborn soda as a mixer, and add alcohol to it.

It is possible that PepsiCo will come out with alcoholic beverages, and Stubborn soda is a potential brand they could look at.

In an article from Reuters in 2020, they quote the CEO of Pepsico as saying they might consider bringing out alcoholic beverages.

And that Coca-Cola has recently partnered with Molson Coors Beverage Co, to produce an alcoholic version of soda water, soft drinks, and carbonated water

Coca-Cola is the biggest producer of sodas in America, and its sales are almost double that of the next biggest companies PepsiCo and Keurig Dr. Pepper.

Because of this, in my opinion, if Coca-Cola has success with it, I would say it’s likely PepsiCo might try its hand at an alcoholic line of beverages as well.

Where do they sell stubborn soda? 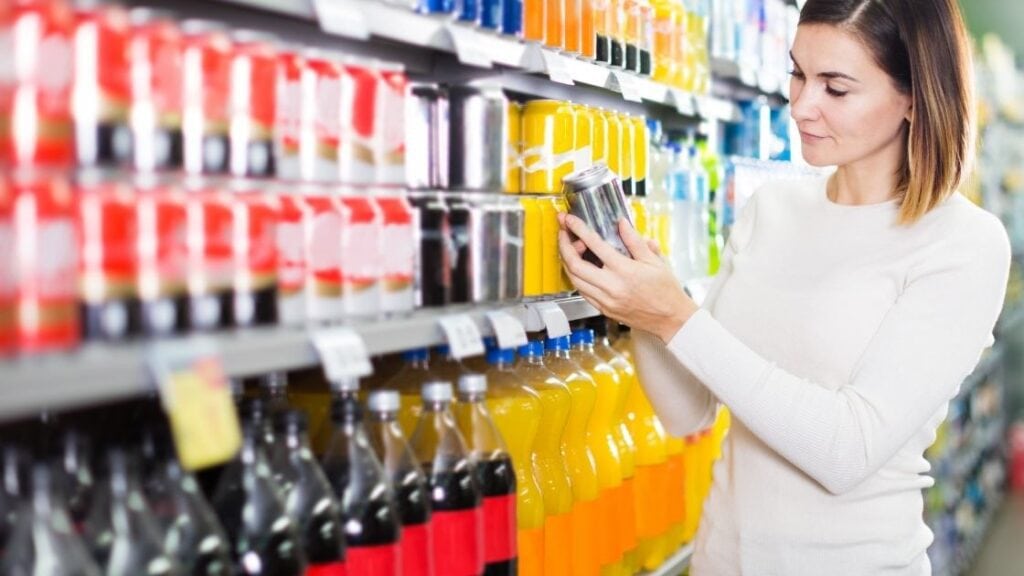 Stubborn soda is available on Amazon, and on Walmart’s online website.

Not all flavors are available on both of these websites.

And Walmart does not allow you to pick up some of the flavors in the store.

Various restaurants also sell it such as Blue Lemon and Grass Burger.

A full list of all the restaurants and stores that sell isn’t currently available online.

So, it’s a good idea to keep an eye out for it as you’re out and about.

Stubborn soda also supplies soda fountains to restaurants that partner with them, so you might see their fountains around.

And if you live in a big city it’s likely a good idea to send an email to Stubborn soda to see if they’ll help you locate a restaurant or store near you.

Barring that or as a first step, order a single can or bottle of Amazon or Walmart to try out the different flavors like Cherry With Tarragon and Lemon Berry Acai and see which ones you like.

Does Stubborn Soda Have Caffeine? 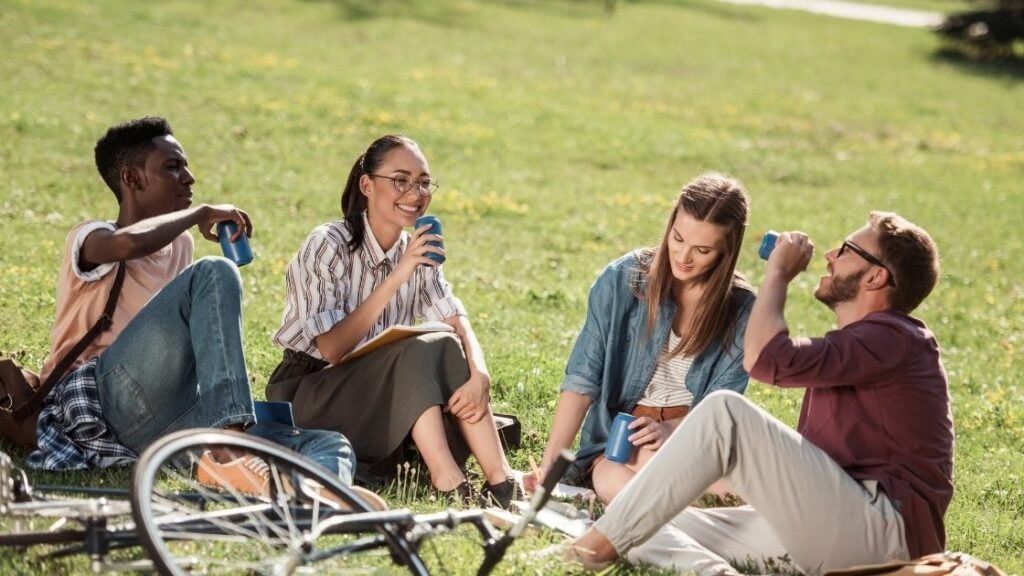 Almost all of the Stubborn soda flavors do not contain any caffeine.

Stubborn soda draft cola and draft cola zero sugar do contain caffeine and have 34g of caffeine per 12 oz (360 mL).

All of the other flavors contain zero caffeine.

Does stubborn root beer have caffeine?

I showed this exactly in my Who Makes Old Jamaica Ginger Beer? article.

And if you’ve ever tried coffee you’ll know how much more alert and focused it makes you.

Interestingly when I drink soda that has caffeine in it I don’t get the same level of alertness and focus that I get from coffee.

In the opinion of the Coffee producer 1335 Frankford, caffeine affects people in different ways if they use it in their daily diet.

A doctor at CoffeeandHealth.org has that how you respond to caffeine is determined by your genetics.

And therefore, the recommended caffeine intake should be tempered based on how you respond to it.

What Are Stubborn Soda Ingredients? 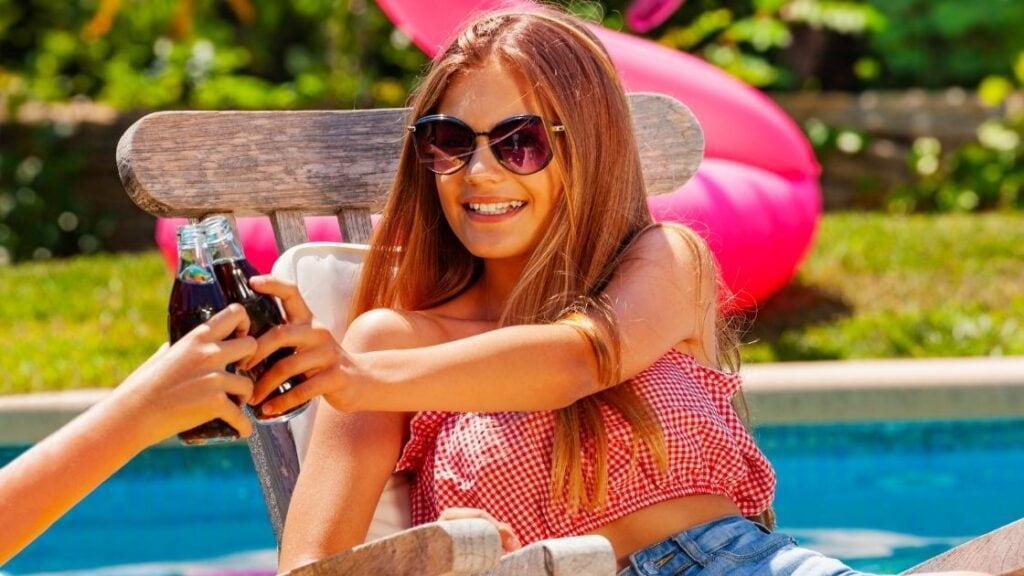 But, each flavor has slightly different High-Quality ingredients.

A list of all the natural ingredients for each of the flavors can be found on the official PepsiCo website here.

You can also use that website to compare the different Stubborn soda flavors.

As well as, all of the different beverages that PepsiCo makes.

What flavors does Stubborn soda make? 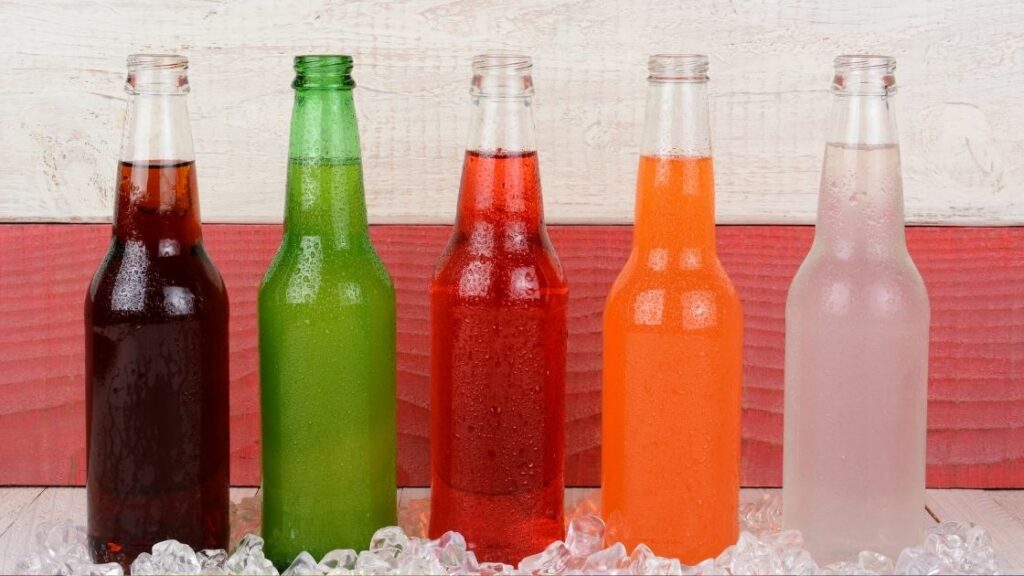 Stubborn soda produces the following flavors including cream sodas which are available at both soda fountains, in cans and bottles:

Below is a summary of everything I covered in this article:

Stubborn Soda is a craft soda that was created by PepsiCo and was released in 2015.

All of the flavors except the zero sugar flavor are sweetened with certified organic sugar, in amounts that are similar to other well-known sodas.

The zero-sugar flavor is sweetened with sucralose.

And all of the flavors contain zero caffeine except for the Draft Cola flavor.

Stubborn soda is sold online on websites such as Amazon, and Walmart.

And is also available in selected restaurants and stores.

Stubborn soda comes in 7 different flavors (I love Black Cherry).  I would say all of them except maybe the cola is very unique, their ranges do contain an interesting blend of artificial flavors.