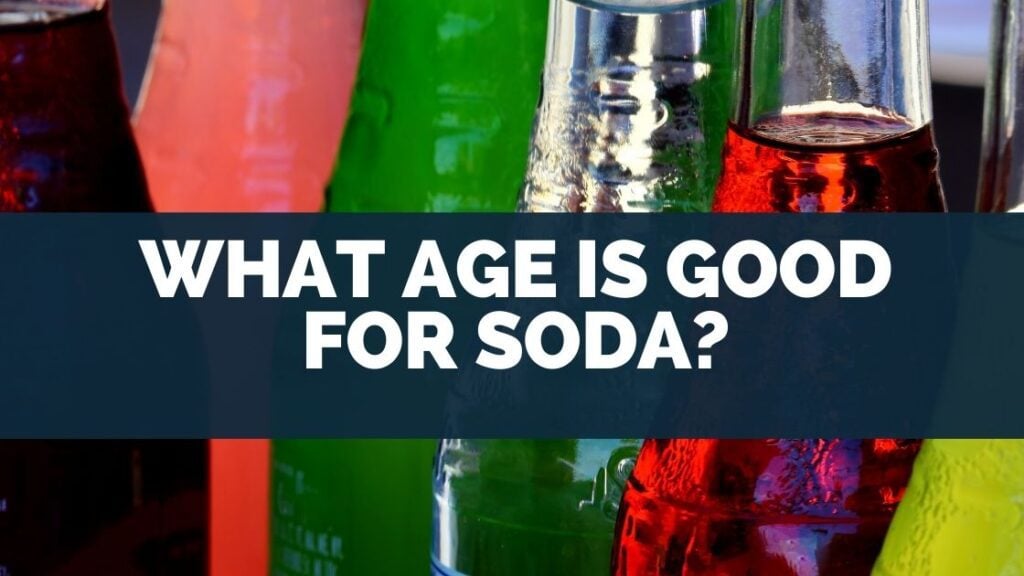 Soda – some of us hate it, others can’t live without it.

However, one thing we can all agree on is that it isn’t particularly good for your health.

With all of the revelations about the risks of soda that have been published in recent years, it can be difficult to know at what age your child can drink it.

There is no certain nor defined age at which children can drink soda, but as it’s mostly inevitable then it should be delayed for as long as possible (at least until well after toddlerhood).

When children do begin to drink soda, should you allow them to and before they’re of age to make their own decisions, then it should be done in moderation.

It should also be done in line with a nutritious diet, with plenty of healthy activities and all of which minimizes any potential health impact.

Every parent wants what’s best for their child, and it can be difficult to strike the balance between protecting their health and allowing them the occasional treat.

This article will take you through the health risks of drinking too much soda for both adults and children, which will hopefully help you make the right decision. 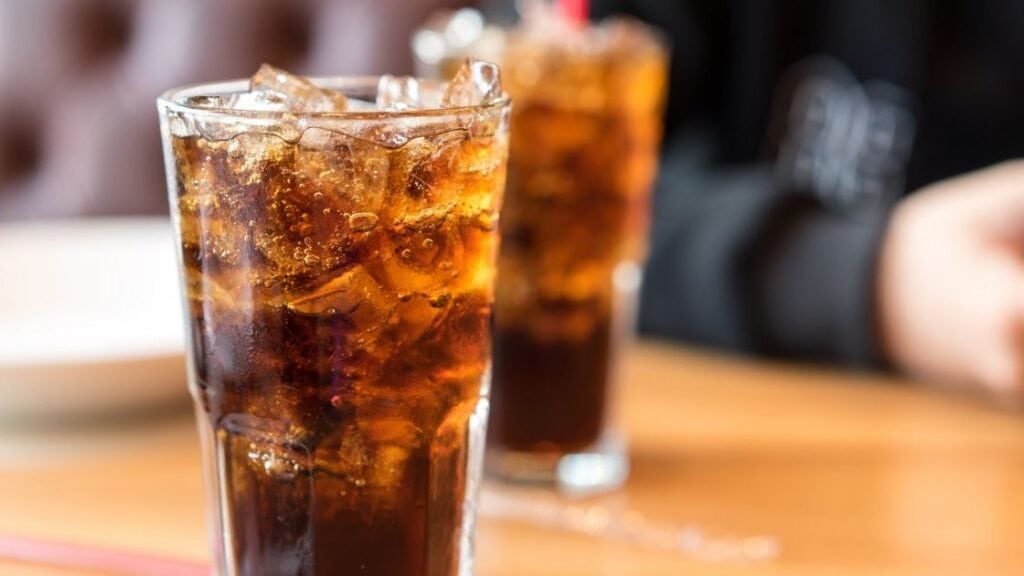 There are three main components of soda that make excessive consumption bad for your health (no matter your age): sugar, acids and caffeine.

Nowadays we’re becoming more aware of the risks that too much sugar poses to our health, and many sodas are now sugar-free.

Shockingly, a 12oz can of Coca-Cola contains 39 grams of sugar, which is more than the recommended daily intake for adults in the UK!

These the most important things to keep in mind about sugar:

By drinking even one can of sugary soda daily, you put yourself at a significantly higher risk of these complications.

Three main acids can be found in most sodas:

Excessive consumption of soda will cause these acids to wreak havoc on your health.

In particular, the acids found in soda put you at risk of the following:

Like sugar, many big-name sodas are opting to remove caffeine from their product; you need to be careful, though, because sugar-free sodas often contain more caffeine.

In small doses, caffeine is useful for improving concentration and giving you energy.

However, soda contains excessive amounts of caffeine and, if you drink lots of it, you’re at risk of the following:

If you drink a lot of soda you may also develop a caffeine addiction and, when you attempt to wean yourself off it, the mental and physical side effects can be dire.

The main thing to know is that there is no nutritional benefit to drinking soda no matter what age you are.

It’s best to only have it occasionally, otherwise, you are at risk of some serious diseases.

The Biggest Dangers of Drinking Too Much Soda 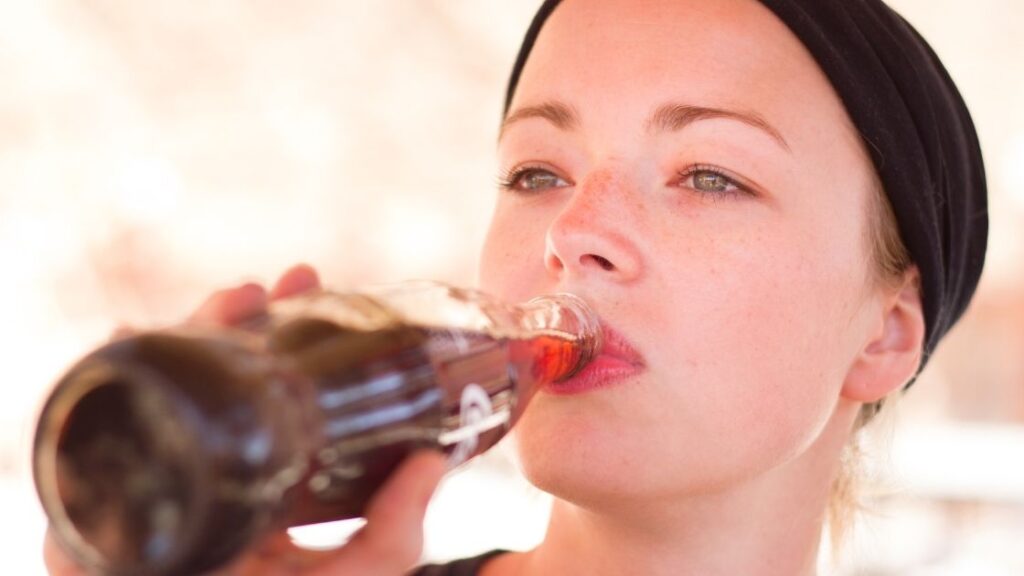 As nice as it tastes in the moment, too much soda can pose serious risks to the health of children and adults alike.

Society’s high sugar consumption has led us into an obesity epidemic.

It’s thought that the average American adult gets at least 10% of their daily caloric intake from soda alone!

Obesity often then leads to other complications such as:

With a large amount of sugar in soda, it’s unsurprising that drinking soda can be a contributing factor to becoming obese.

The chemical Benzene is derived from benzoic acid, the levels of which usually go unregulated in soda.

Benzene is known to increase your risk of cancer, especially leukemia and other cancers that attack the blood cells.

Additionally, some of the artificial sweeteners used in sugar-free soda are thought to increase your risk of colorectal cancer.

If you drink a lot of soda, the sugar and dehydration can lead to developing kidney stones.

Passing these can be excruciatingly painful and, if they’re too big to pass naturally through the urethra, you may need surgery.

Many light-colored sodas contain a chemical called BVO (brominated vegetable oil) which has been banned in Japan and Europe.  Always check the ingredients

Research suggests that BVO can impact your ability to conceive naturally.

If you struggle with falling/staying asleep at night, consider cutting down on soda in the evening.

Caffeine can take many hours to leave the system which can disturb the natural sleep rhythm.

Bad news: drinking soda can cause you to age faster! It shortens the telomeres (buffers at the end of our chromosomes) earlier than it would happen naturally, causing our cells to age at an accelerated rate.

With all of the risks that come from drinking too much soda, we must ask ourselves at what age children can safely have it. 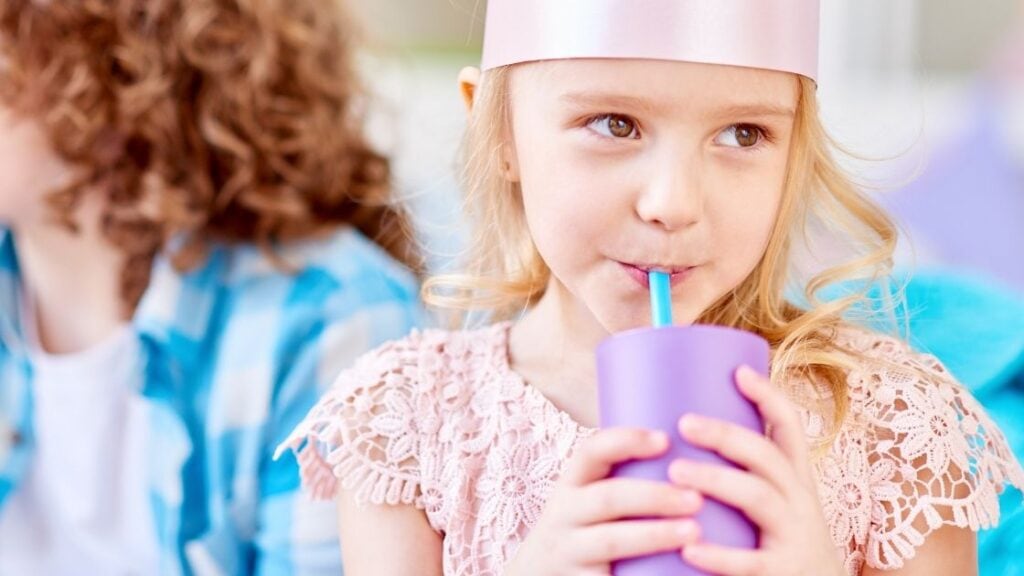 Many parents are hesitant to introduce their toddlers to soda, and rightfully so; the truth is that soda should not be given to toddlers.

Their fragile bodies are growing and developing, which means that the health risks of soda can be even worse than in adults.

Here are just a few reasons not to give soda to a three-year-old.

Toddlers are extremely susceptible to tooth decay if they drink soda since the enamel on their teeth has not yet been fully developed.

Additionally, a lot of children don’t brush their teeth correctly which gives the sugar and acids ample opportunity to erode them.

If a toddler drinks a lot of soda, they are consuming empty calories.

The caffeine and carbonation work as an appetite suppressant, so your little one might not want to finish their meals.

If a child favors soda over real food, they can become deficient in vital vitamins and minerals.

Drinking soda at such a young age can be the start of lifelong unhealthy eating habits.

Soda is known to impact the behavior of young children, and it can make them prone to aggressive outbursts.

In addition, children who drink lots of soda tend to have issues with concentration and paying attention in class.

This is another side effect of the BVO chemical; it has been linked with early-onset puberty.

Not only is this emotionally difficult for young children, but it can cause physical problems like long-term stunted growth.

So, the question remains: At what age can children start to have soda?

This poll says that most mothers consider eight years old to be an acceptable age to introduce soda to their children.

No matter the age, though, children should not have soda in excessive amounts.

You should try to keep your child away from soda for as long as possible, offering healthy alternatives like fruit juice, milk, and water.

If they do have soda it should be very occasional and consumed in moderation.