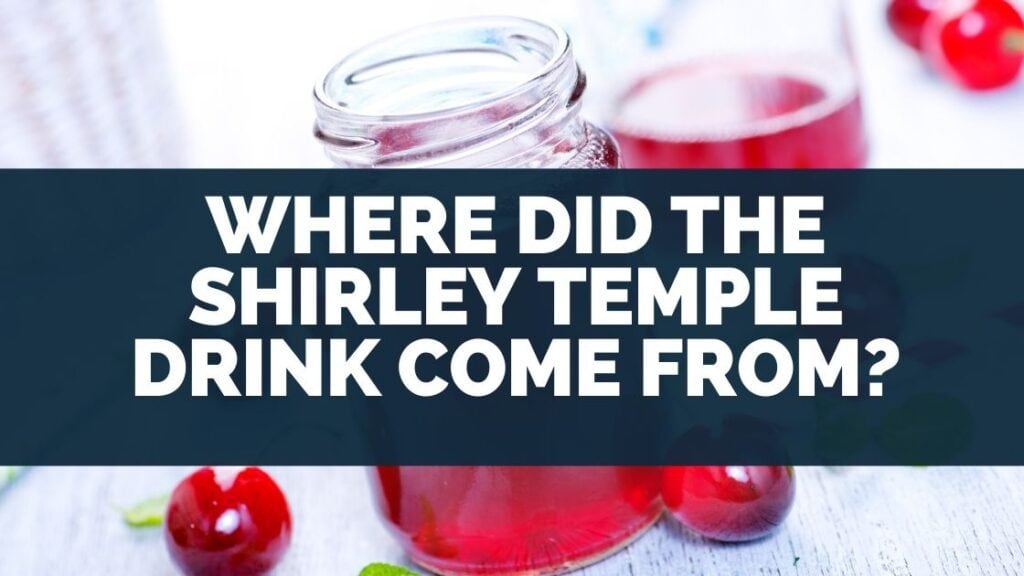 You could argue that the Shirley Temple is the most famous mocktail of all time and quite possibly the very first non-alcoholic cocktail.

Most people have certainly heard of it, even if they have never heard of the 1930s child star after whom this drink was named.

But knowing it was named after an actress does not tell you how it came about, so where did the Shirley Temple drink come from?

The Shirley Temple drink was invented back in the 1930s to provide the child actress from whom the drink took its name with a non-alcoholic cocktail that she could enjoy with her parents.

The restaurant that invented it is disputed, but Shirley Temple herself denied involvement and even disliked the drink.

In this piece, we look at the history of the famous Shirley Temple, a non-alcoholic cocktail, how to make it, and why a Cherry Sprite is sometimes called a Shirley Temple.

Why Was The Shirley Temple Drink Invented? 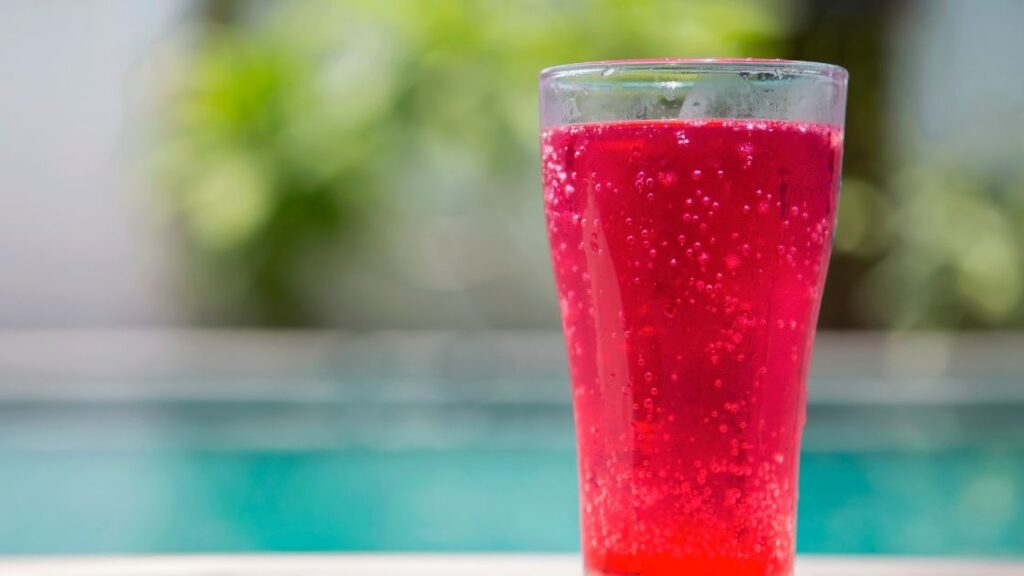 The Shirley Temple non-alcoholic cocktail is said to have been first served to the child actress herself while she was out dining with her parents.

Shirley Temple saw her parents drinking cocktails and wanted one herself, so the waitstaff mixed her with what is now known as a Shirley Temple.

Back in the 1930s, Shirley Temple made her acting debut at the age of three.

According to her Britannica biography, Shirley was “Hollywood’s top box-office attraction” from 1935 to 1938.

One evening, at the height of her childhood career, Shirley Temple was dining at a restaurant with her parents.

She saw her parents drinking their cocktails (possibly old-fashioneds) and wanted one for herself—cocktails look so tasty and sophisticated, so who could blame her?

When the waitstaff found out about her desire for a cocktail, they mixed her a version without the alcohol, and thus, the Shirley Temple was born.

Her starlet status meant that the drink could be marketed, so its legacy was secured.

Oddly enough, Shirley Temple herself did not like the mocktail, saying it was too sweet.

She also fought to prevent Coca-Cola from turning it into a mass-produced soda, objecting to her name being used on the bottle.

As you cannot buy a can of Shirley Temple, you may have guessed that she won the court cases.

Who Invented The Shirley Temple Drink? 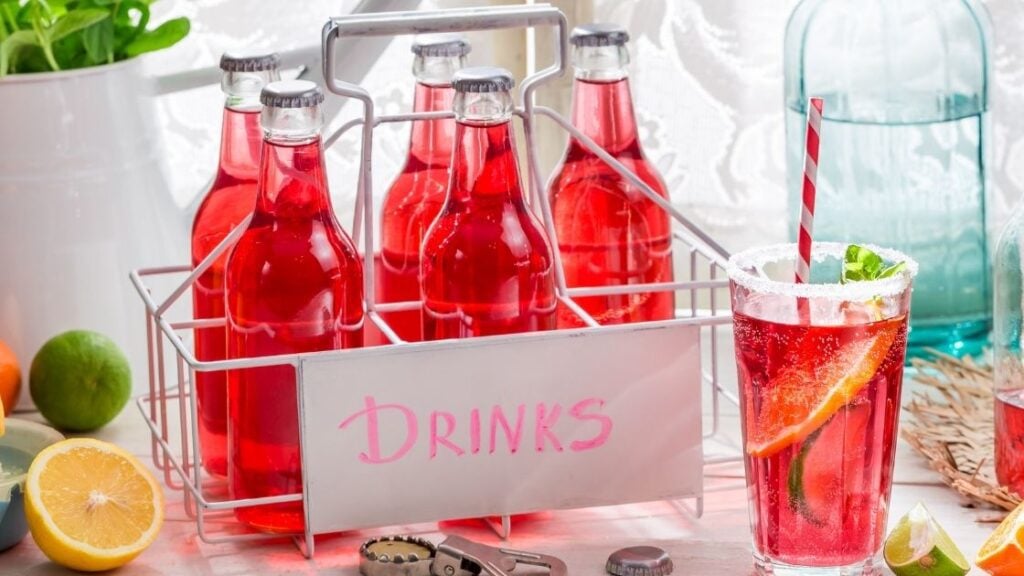 There is disagreement over who actually invented the Shirley Temple drink.

The Royal Hawaiian Hotel has also claimed to have been the inventor.

There is a bit of mystery to the history of the Shirley Temple drink. While the reason is widely agreed upon, the inventor is disputed.

One potential inventor was the West Hollywood restaurant called Chasen’s, which opened in the 1930s and only closed in 1995.

Historically, Chasen’s was the eatery of choice for many stars of the time, including Shirley Temple, so its claim upon the invention of the drink is entirely possible.

The second contender was the Brown Derby Restaurant, another Hollywood eatery that has since closed down.

The Brown Derby Restaurant’s claim is supported by Shirley Temple herself, as she blames this restaurant for the drink’s invention.

The third restaurant that is reported to have claimed the invention of the Shirley Temple is the Royal Hawaiian Hotel, which the actress is said to have frequented.

With the level of fame that the drink achieved, it’s no wonder that so many people want to take credit for it.

However, Shirley Temple herself denies having anything to do with it.

Is A Shirley Temple Sprite Or Ginger Ale? 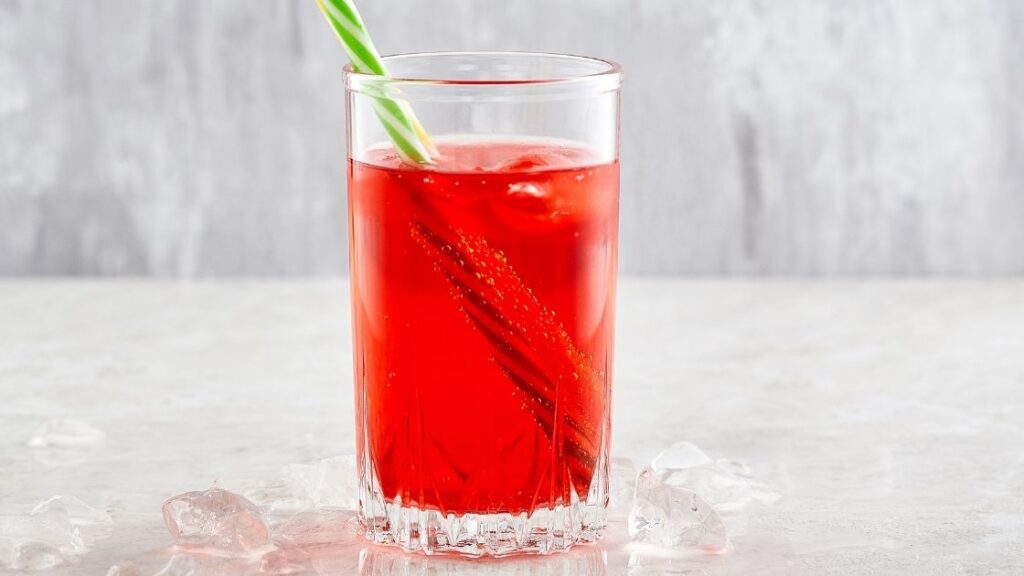 Traditionally, the Shirley Temple drink is made with Ginger Ale.

However, the use of Sprite, other lemon-lime soda, or even a mixture of both Ginger Ale and Sprite are commonly used to mix the famous mocktail these days.

Depending on where you order your Shirley Temple, you could get a mocktail made with Sprite or one made with Ginger Ale.

You may even get one made with a mixture of both of these sodas.

All three versions are acceptable Shirley Temples (well, maybe not to the purists), but which one is the more historically accurate and traditional Shirley Temple?

To answer this question, you need to know when both these sodas were first introduced. Ginger Ale was invented in 1851, almost ninety years before the Shirley Temple was created.

On the other hand, Sprite was only invented in 1961, over twenty years after the first Shirley Temple was mixed.

This means that Sprite could not have been the original soda in a Shirley Temple.

Still, lemon-lime and pomegranate are a great flavor combination, so a modern Shirley Temple is sure to be as delicious as its traditional Ginger Ale counterpart, which contains lime juice anyway.

Of course, these days, bars are coming up with their own versions of the Shirley Temple drink using house sodas, home-made grenadine, and even orange juice.

How To Make A Shirley Temple? 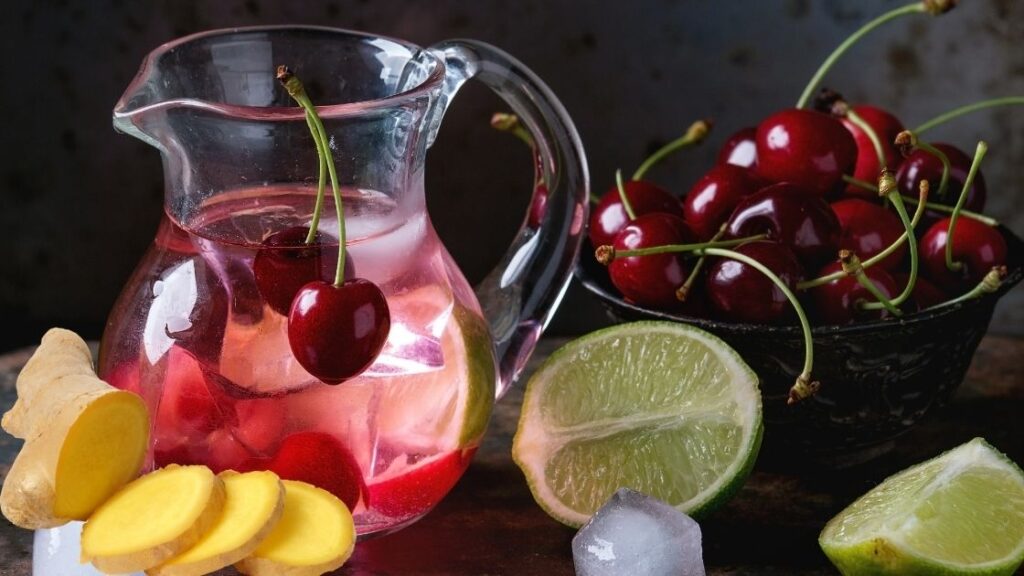 Then add the lime juice, followed by the Ginger Ale. Garnish with maraschino cherries.

For a more modern Shirley Temple, you can swap the Ginger Ale for Sprite and exclude the lime juice.

There are a great many different recipes for Shirley Temples all over the internet, and most bars that serve the drink probably have their own signature ways of mixing it.

Below are two examples of these varied recipes.

One is for a traditional Shirley Temple; the second is for a modern version of the drink.

If you are an adult, you can add a splash of vodka or rum to your Shirley Temple to make what is colloquially known as a ‘Dirty Shirley’.

Why Is A Cherry Sprite Called A Shirley Temple? 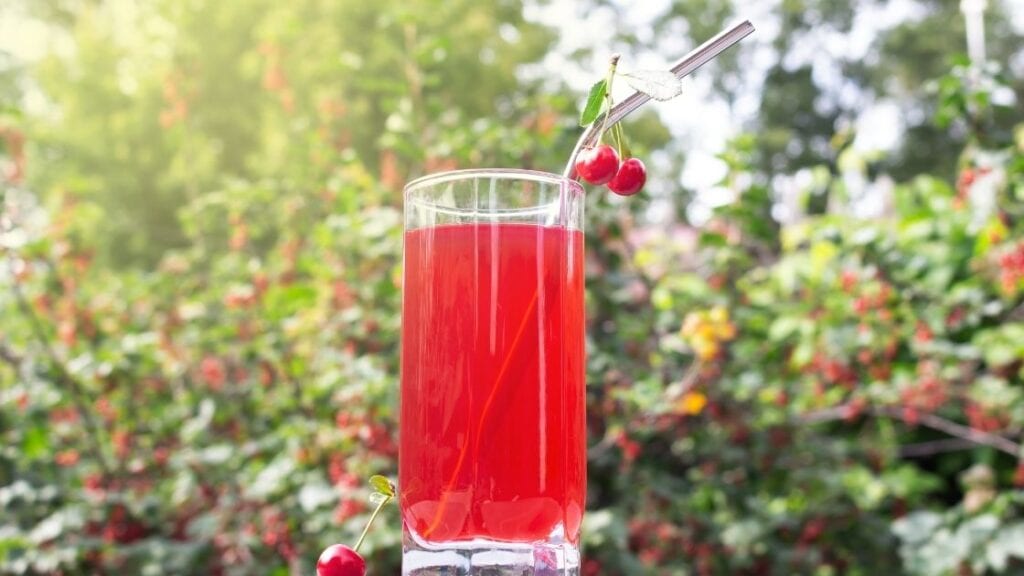 Although Shirley Temples are made with grenadine, which is a pomegranate syrup, the color and maraschino cherry garnish lead some to think it is a cherry-flavored drink.

Also, modern Shirley Temples are made with lemon-lime soda like Sprite.

This may be why people call a Cherry Sprite a Shirley Temple.

The cherry-red color of the mocktail and the maraschino cherry garnish take the blame for this misapprehension.

As we have mentioned before, sometimes Shirley Temples do contain Sprite.

However, these non-alcoholic cocktails are actually pomegranate-flavored because grenadine is a pomegranate syrup.

The famous Shirley Temple drink was invented to allow the child star, Shirley Temple, to enjoy a cocktail with her parents while eating out in the late 1930s.

The restaurant that first mixed this drink is uncertain as a few different eateries have laid claim to its invention.

However, some people have adapted it to be made with Sprite instead of Ginger Ale, and some use a mixture of both sodas.

Although not every child who wants to share a cocktail with their parents will get a drink named after them, most children can now get a Shirley Temple, thanks to the actress, who moved on from Hollywood as she grew up and became a U.S. Ambassador.