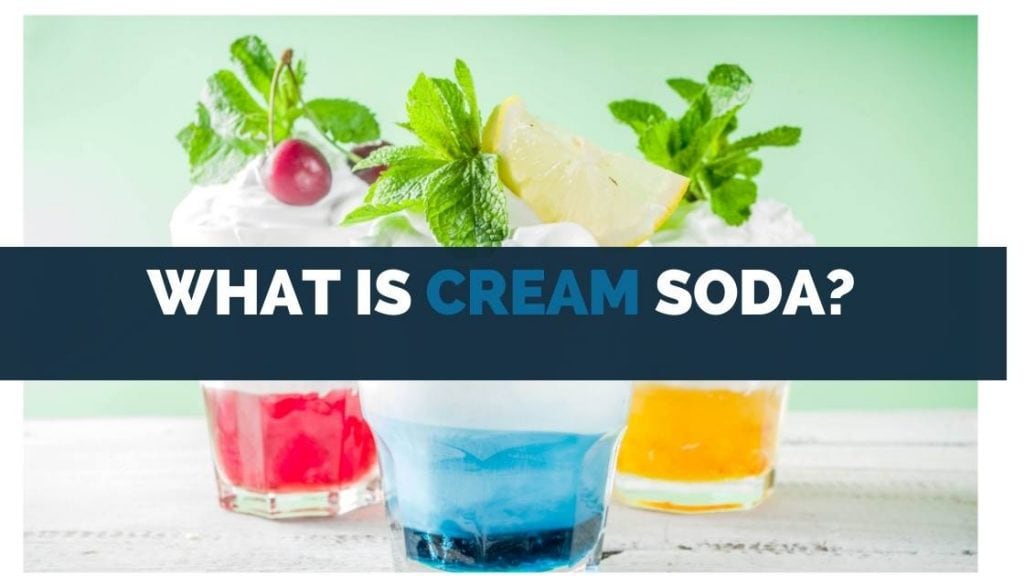 As an avid Cream Soda fan I’ve been wondering about cream soda’s origins, and what it’s made from and I wanted to share my research with you in this post.

So, what is cream soda?

There are many different cream soda manufacturers like Mugs, and Barq’s.

Interestingly, it’s typically made colorless or light brown in color and isn’t white like milk.

It gets its cream flavor from vanilla extract, but there are stories of how it was made many years ago using cream, and instead of being carbonated baking soda was used to make it fizzy.

Below, I’ll give you a full recipe, and explain the most common and popular brands.

What is cream soda made of? 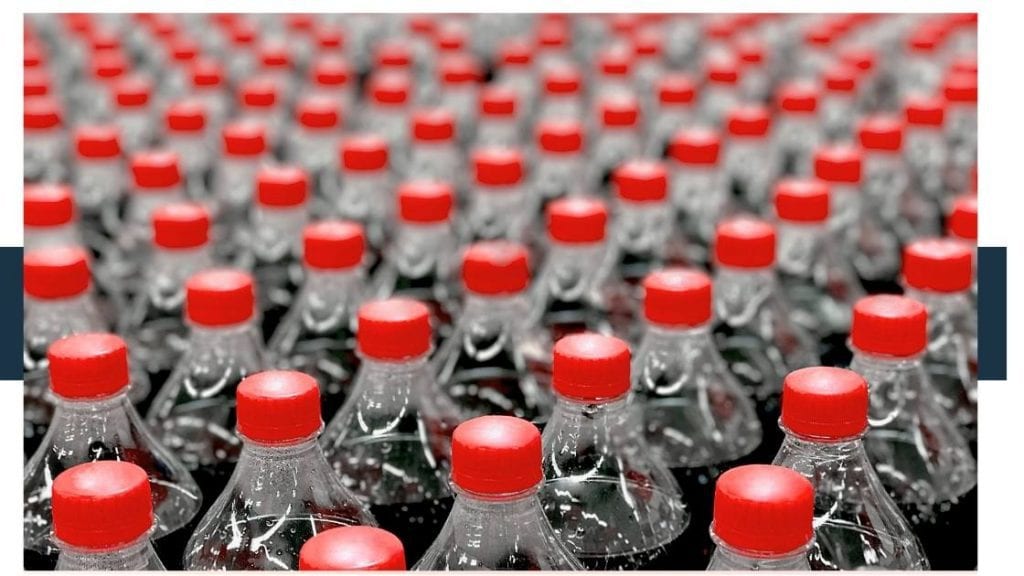 The nutritional information for the biggest soda manufacturers like Coke and Dr. Pepper can be found here, here.

The cream flavor comes from natural and artificial flavors in the cream soda ingredients.

Unfortunately, they don’t give away their recipe but in my opinion, they use either vanilla beans or vanilla bean extract to give it a creamy taste.

As you may be aware Barq’s is owned by Coca Cola so their version of cream soda is their Barq’s product.

But, they also make vanilla coke.

And most of the top brands make a vanilla-flavored cola as well.

However, it tastes very different from creme soda.

How is creaming soda made? 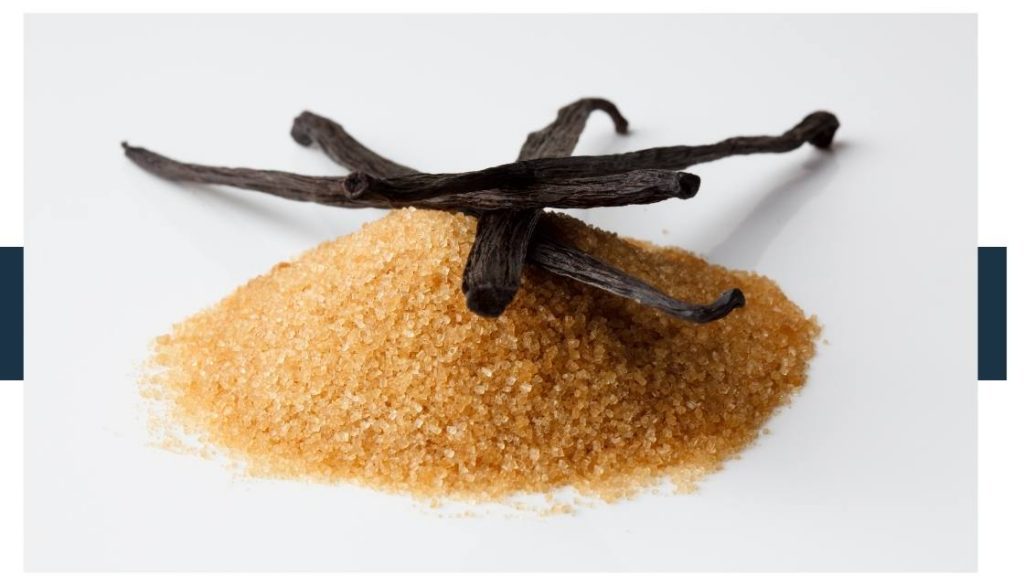 There is a range of recipes.

The simplest is soda water, vanilla extract, sugar, and cream or milk.

But, the biggest manufacturers don’t use cream or milk, and instead, rely on the vanilla flavor to give it its creamy flavor.

It’s a really nice drink and creaming soda was one of my favorites because it isn’t as strong tasting and bitter as Coke or Sprite but it’s a delicious drink.

You can also make it an extra creamy drink by adding a scoop of ice cream to your glass to make a cream soda float.

Why is it called cream soda? 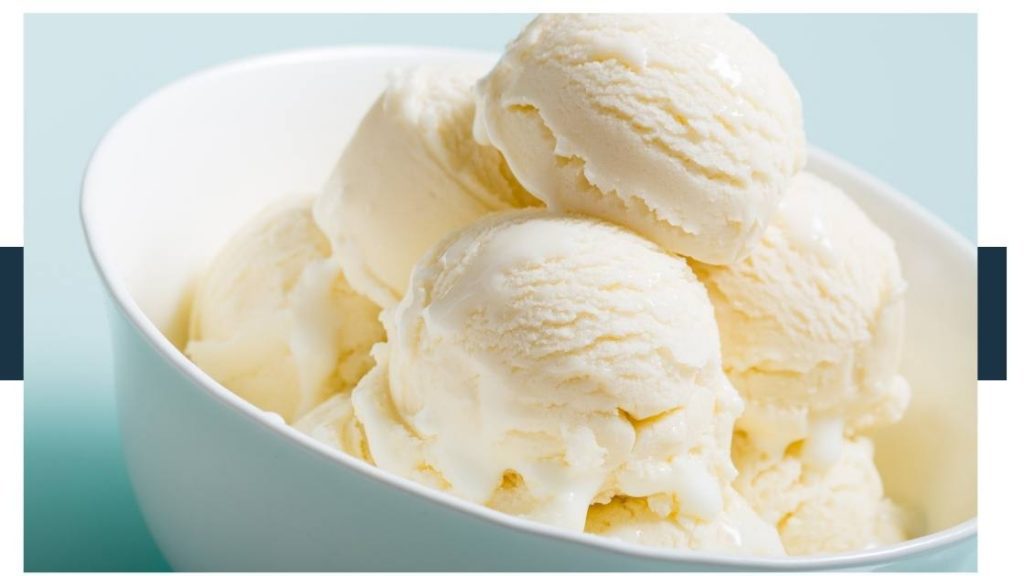 The first person to invent and name it is considered to be Robert Green, who invented it in 1874 in Philadelphia according to the Journal of the American Academy of Pediatrics.

The story goes that Mr. Green was selling his standard cream soda drink which was made with soda water, sweet cream, and special syrup.

But, when he was serving it he ran out of cream and used vanilla ice cream instead.

The new drink was so popular that he sold about 100 times as many sodas that day compared to what he normally sold.

Previous to this though in the 1860s, there was a range of patents granted for both ‘cream soda water and ‘ice-cream soda’ as shown here and here.

So, it’s unclear exactly who invented the first one.

What is the difference between root beer and cream soda? 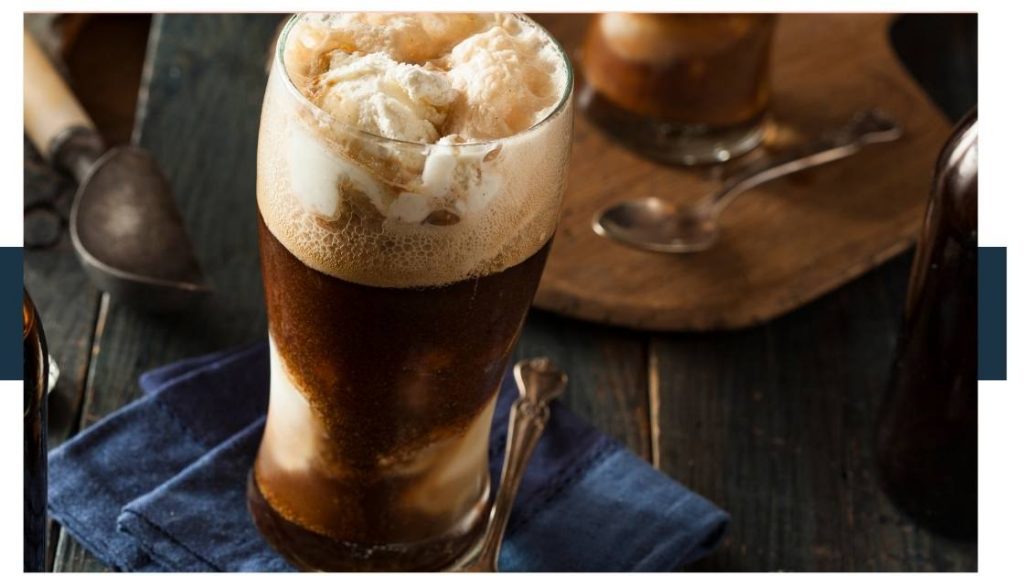 The main ingredients used in root beer are licorice root, ginger root, and other spices such as cinnamon.

Whereas, creaming soda is made using soda water, vanilla flavor, and sweetener.

Root beer is a love-it-or-hate-it kind of drink.

And based on data provided by Statista, North and South America consume the most root beer globally and account for 41% of the root beer market.

However, in my opinion, root beer is more popular in North America, where it was invented.

Both root beer and cream soda are sold in both ‘hard’ and ‘soft’ varieties.

A hard cream soda or root beer is made with alcohol and they typically contain 5% alcohol.

Is cream soda the same as soda water? 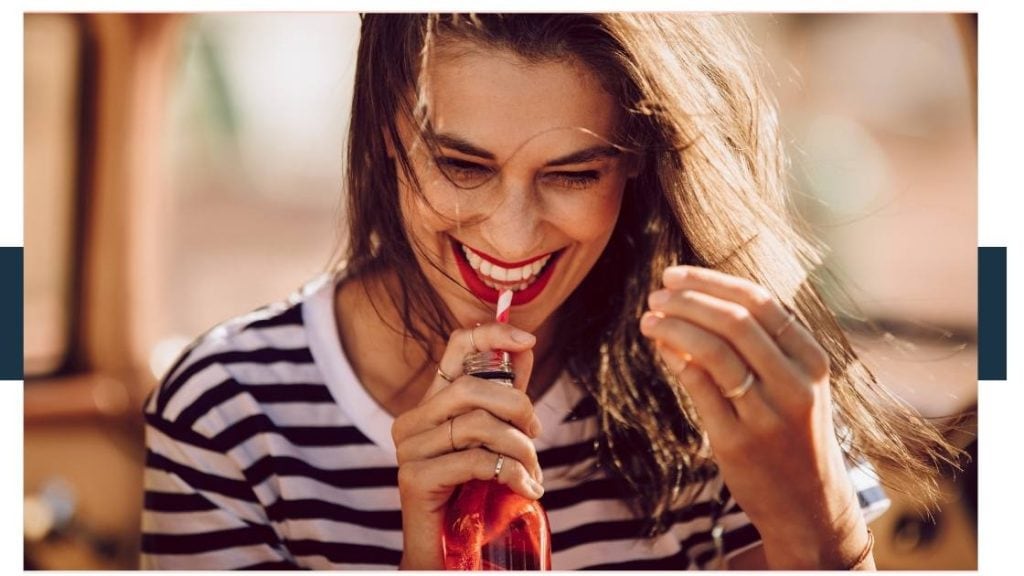 Whereas cream soda is soda water with extra flavors such as cream, vanilla, and sweetener.

You may have heard of the brand Perrier which is a widely available soda water.

Perrier comes from a source of naturally carbonated water.

But, when they collect it they separate out the CO2 from the water and then re-carbonate it.

They don’t explain exactly why they do that, but in my opinion, it’s to get the same amount of fizz in every bottle.

There are many different names for soda water, and they have slight differences.

I explained the differences between them in an article I wrote titled ‘Is Perrier Water Naturally Carbonated?’

I also did a deep dive investigation into whether soda water is healthy where I looked at a range of scientific studies.

You can read the article Is San Pellegrino Healthy?

What is the best cream soda flavour? 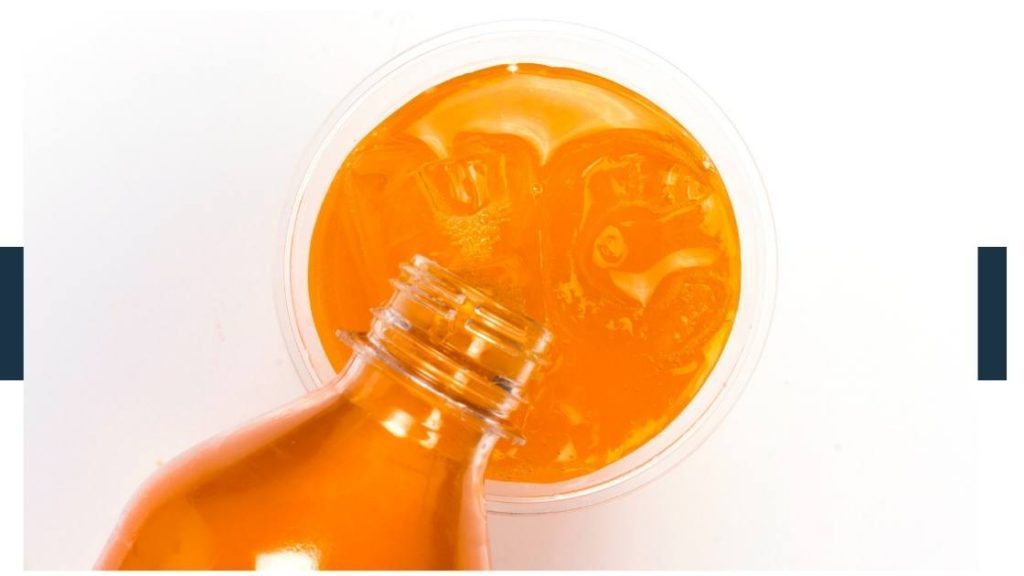 The most sold cream soda is likely Barq’s, Mugs, and A&W based on US soft drink sales data provided by Statista.

However, there isn’t a consensus on which cream soda is the best overall.

And the one you like the best will depend on your individual palette.

Some people prefer craft cream sodas which tend to be made from all-natural ingredients while others prefer common cream sodas you can buy in almost any store.

Here’s a table showing who makes each cream soda and how much of the market share they produce in the USA.

As you can see Coca Cola sells mostly soft drinks so you can reasonably infer that they sell the most cream soda.

But, I haven’t been able to find any data that gives the percentages of the cream soda market share by company.

Let me know in the comments if you know where I can find this information and I’ll update the article. 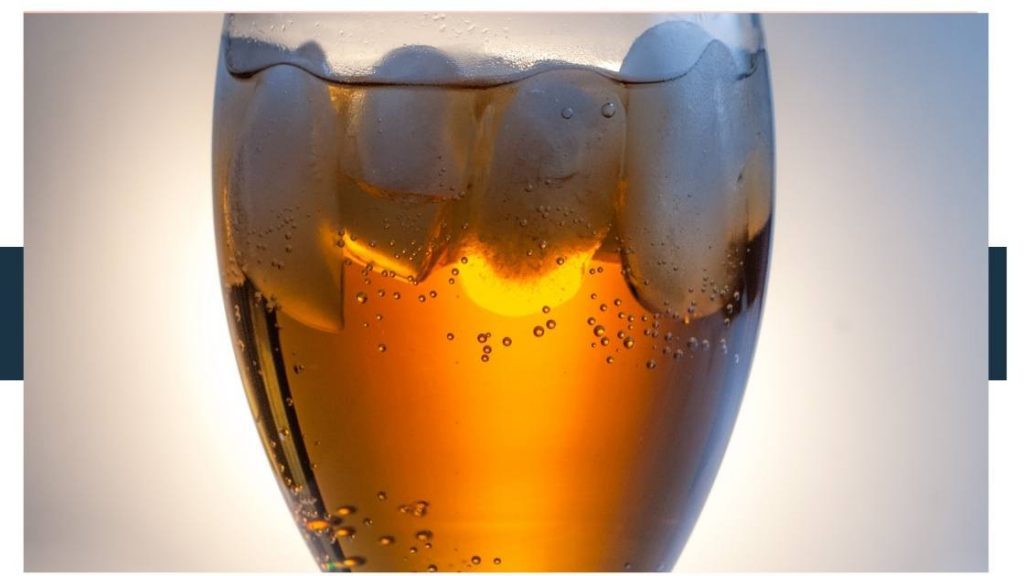 Keurig Dr Pepper makes the famous A&W soda and A&W also have a restaurant chain with the same name.

A&W has a cream soda product and it’s made using ‘aged vanilla’.

That about sums up everything you need to know about cream soda.

What Flavor is Cream Soda? 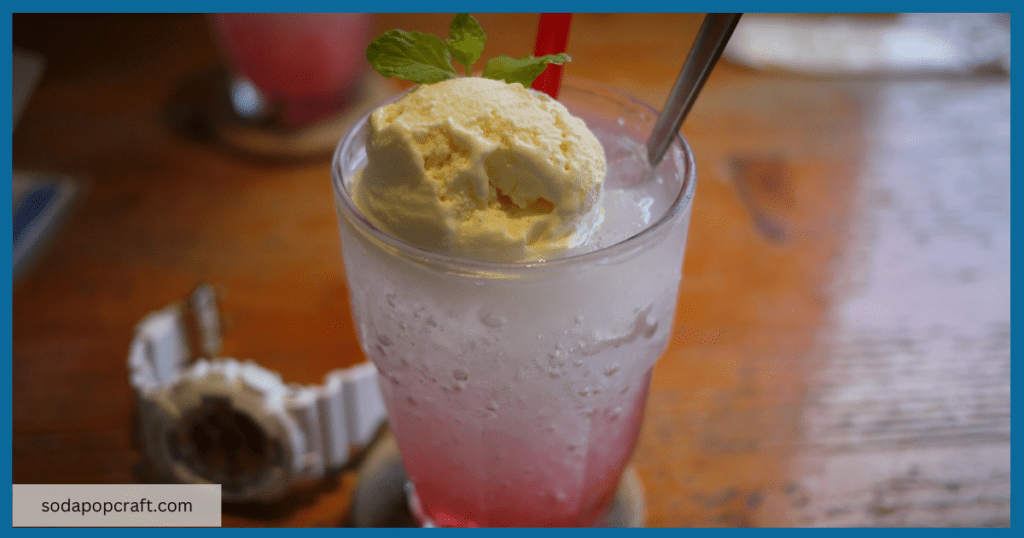 Cream soda is a soda that tastes like vanilla ice cream.

It’s made using a vanilla extract which gives it its creamy taste.

It is thought to have been first invented in the 1870s in the USA.

It is very different from any other type of soda.

And you can also make your own by mixing together soda water, vanilla extract, sugar or other sweeteners, and cream.