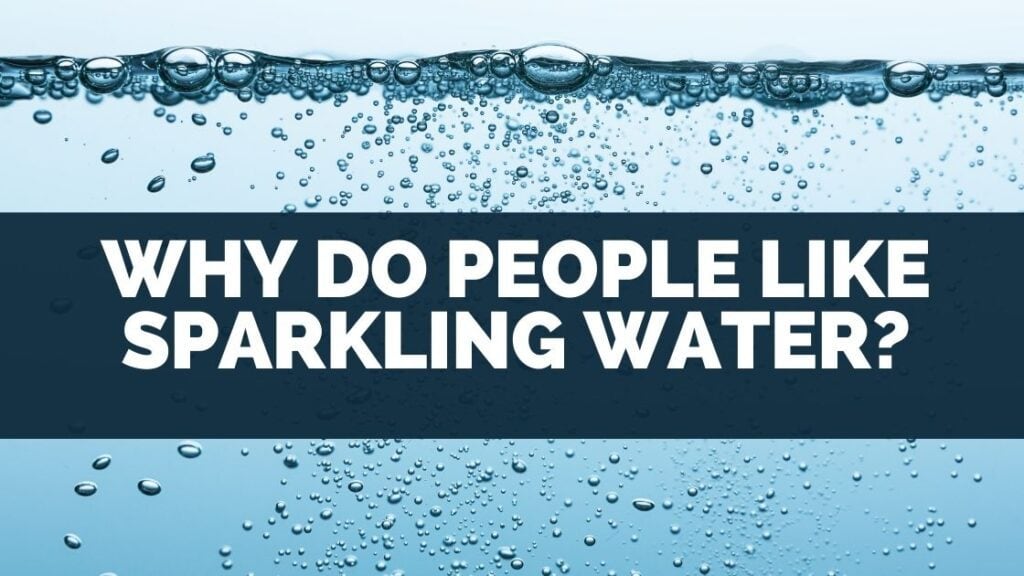 I’m not a fan of sparkling water however so many of my friends love and I was really curious why as I generally think it tastes like static!

Many people like sparkling water because it is more satisfying having a carbonated beverage with a meal than a plain old flat water.

Many have reported that they drink it because it doesn’t contain sugar and artificial sweeteners and flavors and therefore is slightly healthier than a club soda or an alcoholic beverage.

It’s also used a lot in mixing alcoholic drinks to save on calories from fruit juices or sugary sodas.

These are some of the main benefits, but there are also a few others.

In this article I will explain the benefits of carbonated water or carbonated drinks and how it compares to tap water – also called still water.

I’ll also cover the difference between sparkling water and mineral water, and which one is better for you. 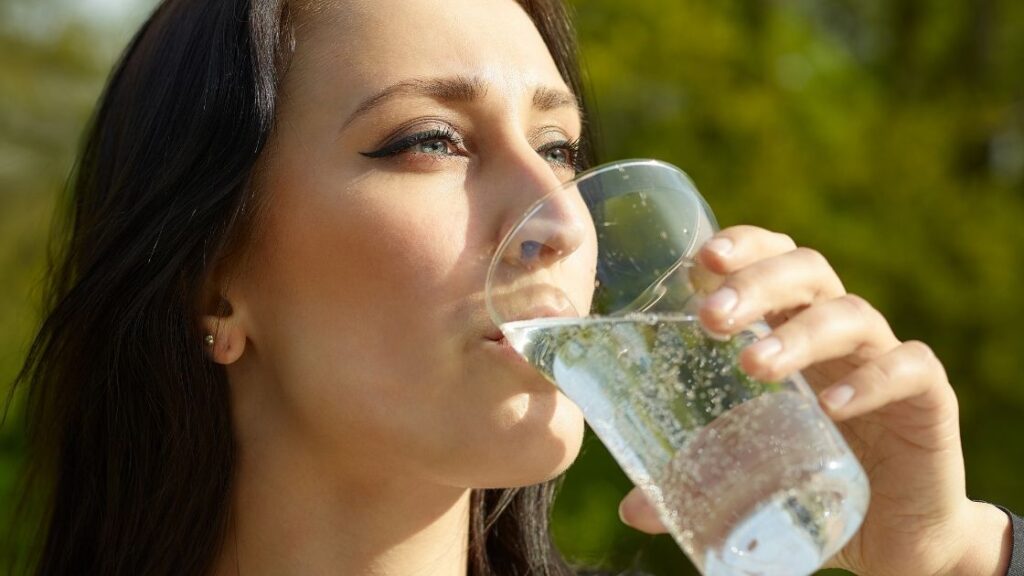 The main benefits of drinking seltzer water are that it’s a good replacement for soda.

Sodas have a high amount of sugar, and it isn’t recommended to drink more than 1 soda a day.

People that like seltzer water report that it satisfies their craving for soda.

As a result, you consume less sugar.

People have reported that when they stopped drinking as much soda they slept better and had more energy.

And you still get the same sensation as soda in your mouth as you drink it.

Others find that it is very thirst-quenching and satisfying.

The main benefit is you can drink as much as you feel without worrying about drinking too much sugar or caffeine.

There is no significant health benefit as well as health effects of fizzy drinks.

It is a healthier alternative to soda that comes under sugary drinks. Sugary drinks can damage Bone Health and Heart Health.

They can promote Tooth Decay and Damage Tooth Enamel.

In the long run, they can become the reason for Heart Disease and Upset Stomach.

Satisfying with a meal

Many people have a drink before, during, or after a meal.

Beer or wine is a well-known favorite among adults.

But, sodas and sparkling water also have their place.

Some people find that drinking plain water or regular water is somewhat boring.

Whereas, flavored soft drinks and sodas are much more delicious and satisfying.

The soda bubbles also give a nice feeling to your stomach.

In my opinion, sodas are especially good with a burger and fries.

And when you don’t drink a soda it just isn’t the same experience.

Some people also don’t like the artificial flavors used in sodas.

For example, many sodas made in the USA contain high fructose corn syrup.

The main reason is that certain regions in the USA have ideal conditions for growing corn, and therefore corn grows really well and is easy to produce.

Therefore, it’s used to make sweeteners rather than sugar cane or sugar beets, which are the other two primary ways of creating regular household sugar.

Whereas, you may have heard that Coca Cola made in Mexico is made from sugar instead of corn syrup.

I recently wrote an article where I looked at what kind of sweetener is used in Coca-Cola around the world.

Read it here at – does coca cola use corn syrup?.

Also used as a mixer in alcoholic drinks

Alcohol goes well with sodas, such as whisky and Coke, and gin and tonic.

There are many ways in which sparkling water can be used as a mixer.

The main ingredients are typical:

Making your own homemade syrup is incredibly easy, and most people recommend it because you can really control the flavor.

Here’s a simple recipe to make the lemon syrup.

Mix 1 cup of sugar with 1 cup of regular water, and then add a good amount of lemon rind.

After that, boil it for 2 to 3 minutes, then set it aside to cool.

This recipe also works great as a syrup to make your own sodas.

Just add about a shot glass of the syrup to the bottom of a glass and then add some sparkling water to make a soda.

But, you’ll likely want to start by only adding a little bit of syrup to the glass of sparkling water to see how strong you like the flavor. 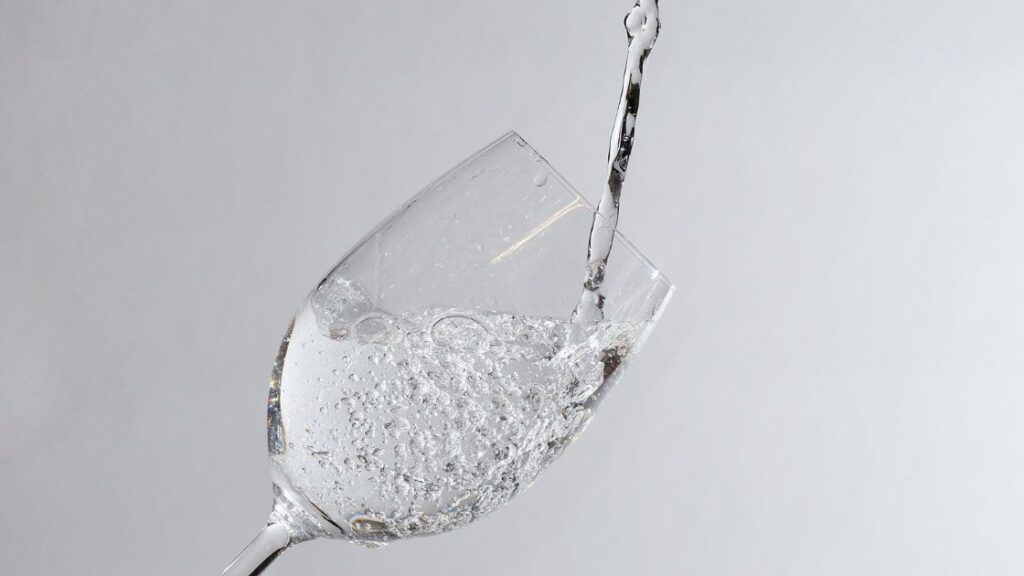 Sparkling water is somewhat magical and the bubbles just keep forming, however, I’m interested in whether it has any benefits over still water (tap water).

Generally, Fizzy waters are more interesting to drink than still.

Both have virtually identical amounts of nutrients.

Sparkling water is slightly bitter and satisfying to drink.

However, some people dislike sparkling water and once they try it, they never drink it again.

This has led to a lot of interesting conversations online about the different brands of soda water.

Where some people say that they can’t understand why people drink it.

On the other hand, almost everyone likes sodas across the board.

And the bitterness, and blandness of sparkling water though, leave some folks wondering why you wouldn’t just drink soda.

Particularly famous is the flavored soda water La Croix. I

It is so lightly flavored that you can barely taste it, and is only popular amongst people who like soda water.

Sodas, though on the whole, have a really high amount of sugar.

And you shouldn’t drink more than around 1 cup of soda a day to maintain optimal health.

Sparkling water has an identical effect on the body as normal water, and therefore you can drink it all day.

And when they have a strong craving for a soda they drink soda water instead. 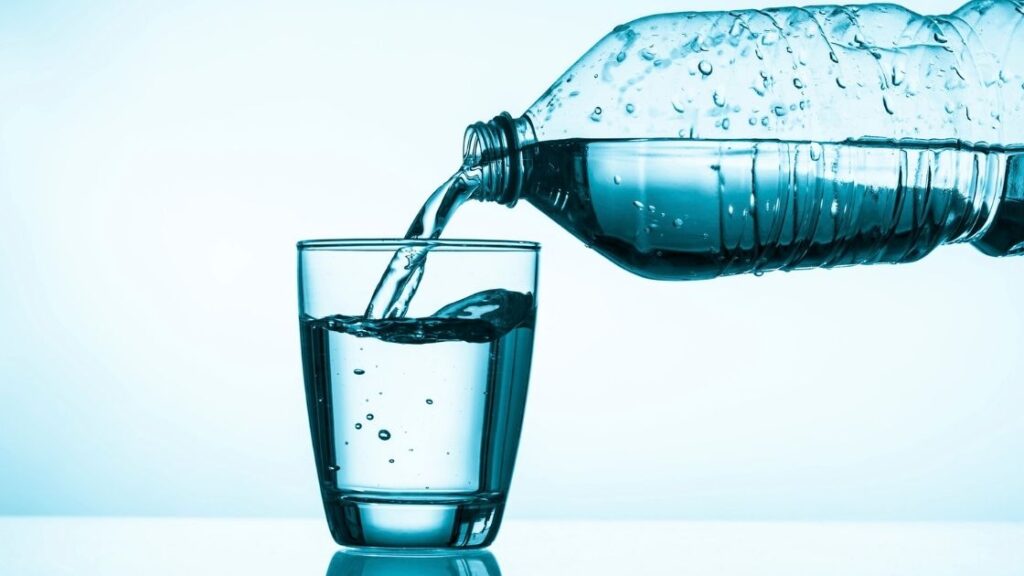 So, then what’s the difference between them?

As a general rule, mineral water is pure water from a natural spring, whereas sparkling water is water that is carbonated.

A carbonated liquid is fizzy and is made by pumping carbon dioxide gas into water under high pressure.

Mineral water on the other hand is flat.

Sparkling water can be made out of water that comes from a range of different sources.

No matter what the source of the water is, it’s always called sparkling water.

The source of a mineral water spring

Mineral water flows out of springs that form on the sides of a mountain or hill.

The water is lying underground.

The water made its way there after soaking into the soil and flowing into cracks in the rock.

Part of one crack is exposed to the air and water will flow out of it (source: USGS).

Because the water flows over rock, minerals in the rock can be dissolved and trace elements of beneficial nutrients can be present in the mineral water that flows out.

A mineral is another name for crystal-like quartz or olivine – and is why it’s called mineral water.

As you may know, Himalayan rock salt is often consumed to get additional nutrients similar to those found in mineral water.

A mixture is made of 1 teaspoon of Himalayan rock salt and 1 cup of water, and some people drink it first thing in the morning.

Is Sparkling Mineral Water Better for You? 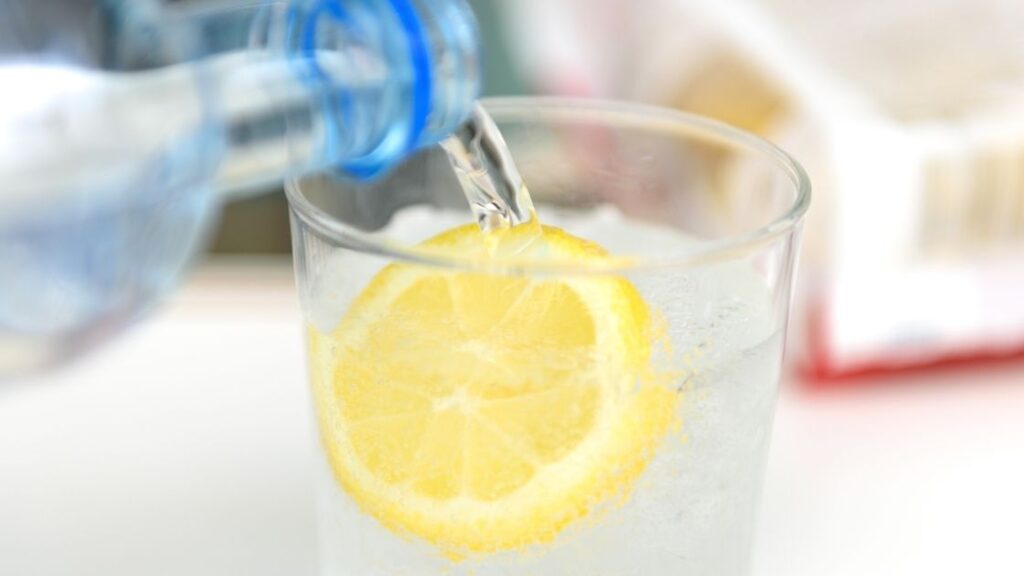 Sparkling mineral water is a good substitute for standard soda and regular water.

It may also have more nutrients in it, or be better for you in some other way.

So, I looked into it, and here’s what I found.

On the whole, sparkling mineral water is better for you than soda.

But, the nutrient profile of sparkling mineral water is virtually identical to regular tap water or standard soda water.

However, drinking sparkling mineral water instead of soda can be a much healthier option if a person consumes a lot of soda (more than 1 glass a day).

On a side note, surprisingly mineral water can also be naturally carbonated.

If you take a look at the ingredients of sparkling mineral water it only has very minor amounts of additional nutrients compared to what’s found in sparkling water.

However, in some regions, the tap water can be quite bad, or you may notice it has an unusual taste.

Therefore, sparkling mineral water can be a better option to drink instead of tap water.

A well-known way to get beneficial nutrients that are present in sparkling mineral water but only in small amounts is to consume Himalayan rock salt.

It is reported to contain over 80 different rare and beneficial nutrients.

You can buy it in powder form, or in bigger chunks.

When it’s sold in bigger chunks the pieces of Himalayan rock salt are about the size of Coco-pops.

You can dissolve it in water or sprinkle it over your food.

Well, there you have it, a detailed explanation about why people like sparkling water.