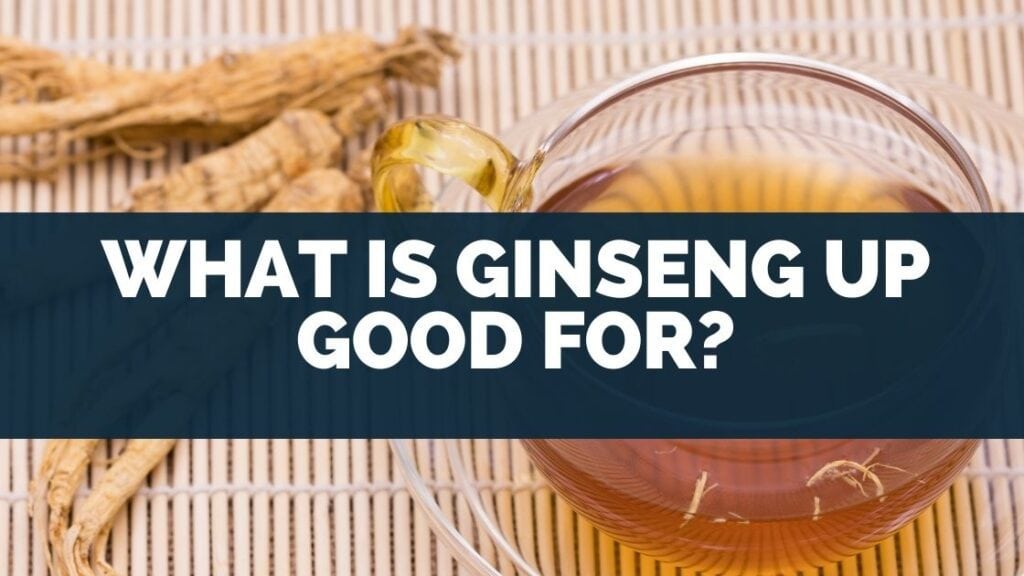 I recently came across the soda Ginseng Up, and was interested it’s health benefits.

So, I did some research and here’s what I found.

As a general rule, Ginseng Up contains ginseng which has been shown to have some health benefits similar to ginger or cinnamon. Ginseng Up is also a soda, which is refreshing to drink.

However, most people find Ginseng Up Original tastes very bad.

But, the other flavors of Ginseng Up are more delicious, and what most people would consider a good soda.

In this article, I will explain the ingredients in Ginseng Up, how it tastes, whether ginseng is good for you, if Ginseng Up contains alcohol, and where you can buy Ginseng Up. 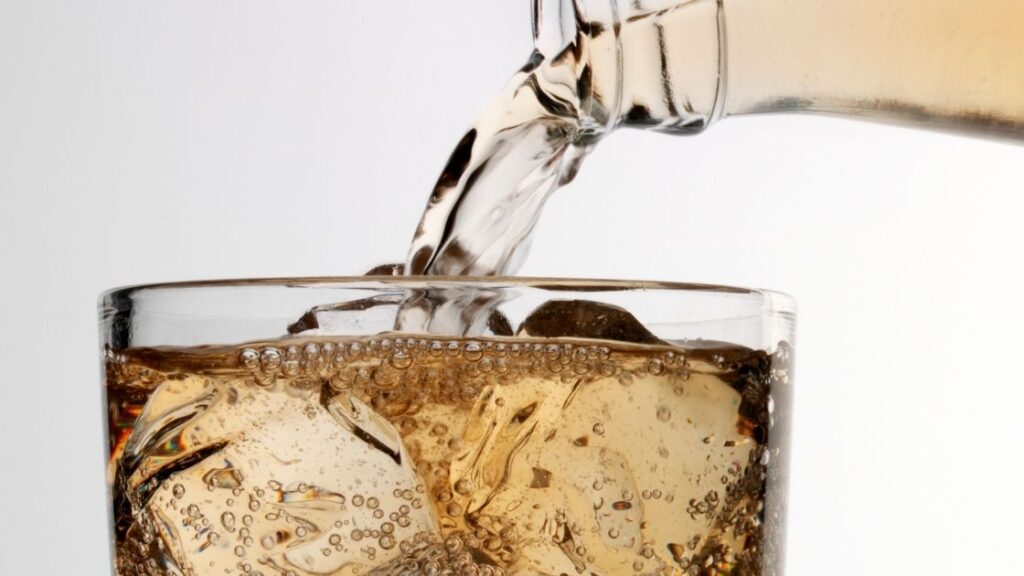 Ginseng isn’t an ingredient that’s on most people’s menu outside of Asia, however, it has been known to be added to energy drinks, and sold as herbal tea.

So, then what exactly is in Ginseng Up…

The ingredients in Ginseng Up are:

The ingredients unique to Ginseng Up compared to other sodas are the ginseng extract, the triple filtered water, honey, cane sugar, and licorice root.

Virtually all other sodas will contain carbonated water, sweetener, and flavoring.

It’s also typical for sodas to contain a form of mild acid such as phosphoric acid.

Based on the extensive research I’ve done looking at the ingredients list of lots of different sodas phosphoric acid is most commonly used in sodas.

The mild acid makes the soda a bad environment for bacteria and fungi to grow because it breaks them up before they have a chance to grow.

And therefore, acts as a preservative for sodas giving them a longer shelf life.

A good thing about Ginseng Up is that it is made from all natural flavors, and sweeteners.

Other sodas such as Coca-Cola and Pepsi typically contain corn syrup as a sweetener as well as artificial flavors.

Which are heavily processed.

I recently summarised the current science behind corn syrup and its use in soda, as well as, how healthy it is.

Read it here: does coca cola use corn syrup

On the whole, most people find that Ginseng Up Original is something they would NOT consider buying after they drink it.

However, people from Asian countries – where consuming ginseng is common – can tend to find it more palatable.

But, Ginseng Up also comes in a range of fruit flavors that are delicious.

Some notable flavors are grape, orange, and lemon-lime.

The original Ginseng Up tastes bitter and has a slight herby-gingery taste.

However, it is not sweet at all.

It also has a particularly unpleasant aftertaste.

Here’s a video of a guy doing a taste test on Ginseng Up Original so you can see what I mean:

Is Ginseng Up Good for You? 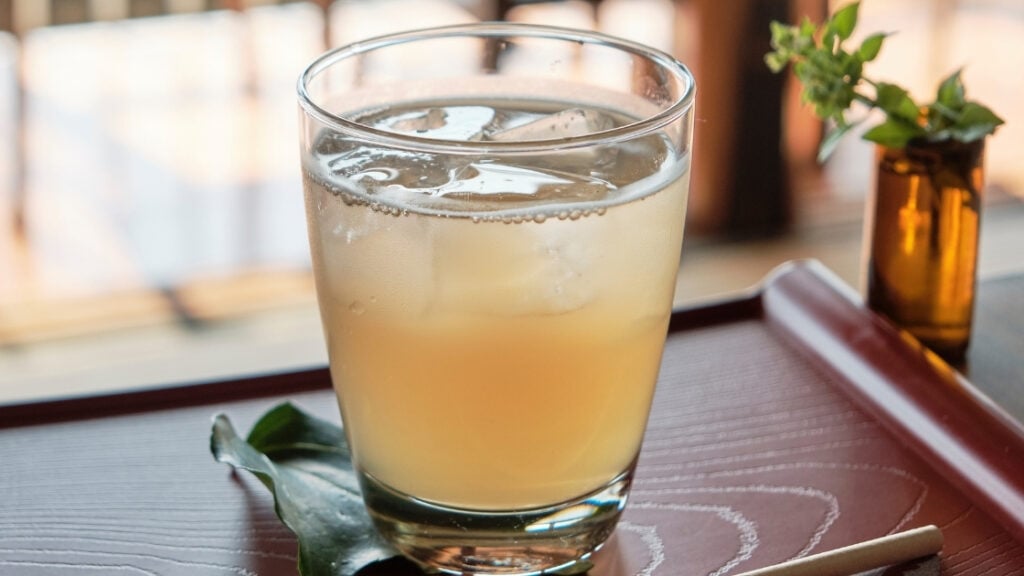 One of the main things that make Ginseng Up different is the fact that it contains ginseng.

However, is Ginseng Up soda good for you? I looked at the nutritional information and here’s what I found..

As a general rule, Ginseng Up is neither good nor bad for you.

The ginseng herb has shown some evidence of providing numerous health benefits such as reducing inflammation and improving brain function.

However, it contains quite a high amount of sugar, and therefore, you should only consume 1-2 cups of it per day.

Here’s a table that shows how the sugar content in Ginseng Up compared to Coca Cola and Pepsi:

As you can see Coca Cola has significantly more sugar than Pepsi and Ginseng Up.

Coca Cola, on the other hand, is a unique soda in that it contains significantly more sugar than most other sodas.

Therefore, the amount of sugar in Ginseng Up is the major factor that determines if it’s good for you.

And the bottom line is that as long as you drink it as part of a balanced diet, and don’t drink more than around 1 to 2 cups a day it’s perfectly healthy.

According to scientific studies, there has been some link established between consuming ginseng and the following health benefits:

However, at this stage, no direct link has been established.

Therefore, it’s safe to assume that ginseng can be included as part of a balanced diet.

And in my opinion, should be treated similarly to other root vegetables like ginger, garlic, turmeric.

Does Ginseng Up Have Alcohol? 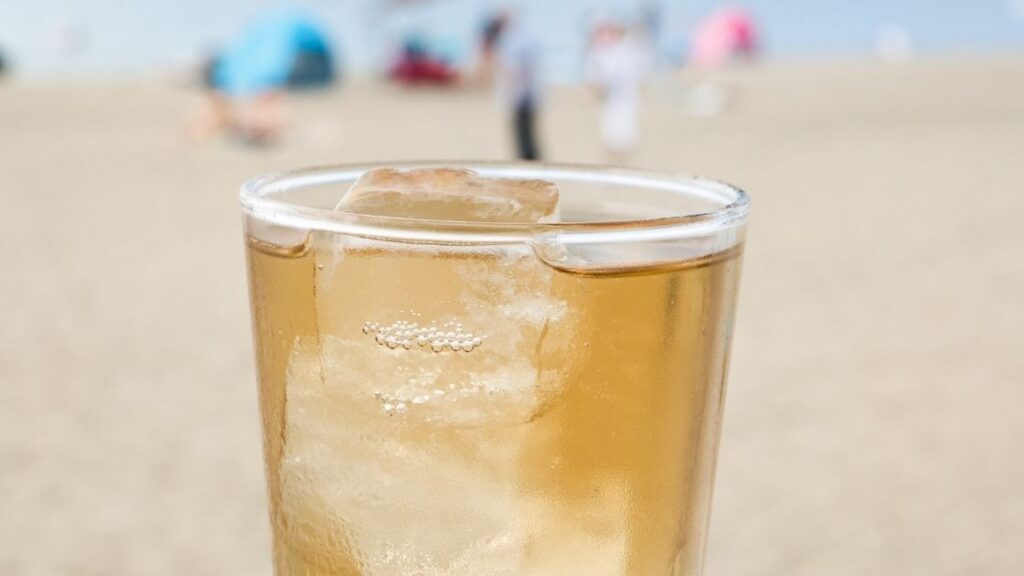 Ginseng Up is a somewhat unknown drink, and therefore you may be wondering more about it, such as whether it contains alcohol.

Ginseng Up does not contain any alcohol.

The Ginseng Up brand makes around 20 different sodas and none of them contain alcohol.

If it did it would clearly be stated on the label.

However, Ginseng Up does not state on its label that it contains alcohol.

Also, people who have tried it have reported it doesn’t contain alcohol.

However, the fruit flavors of Ginseng Up make good mixers with alcohol.

Ginseng Up makes a range of fruity flavors that go well with a wide range of spirits, wine, and beer.

Ginseng Up Original and Ginseng Up Extra on their own are quite bitter and aren’t sweet.

But, they can make an interesting substitute to tonic water, and give a mixed drink a slightly different flavor.

Where To Buy Ginseng Up Drink? 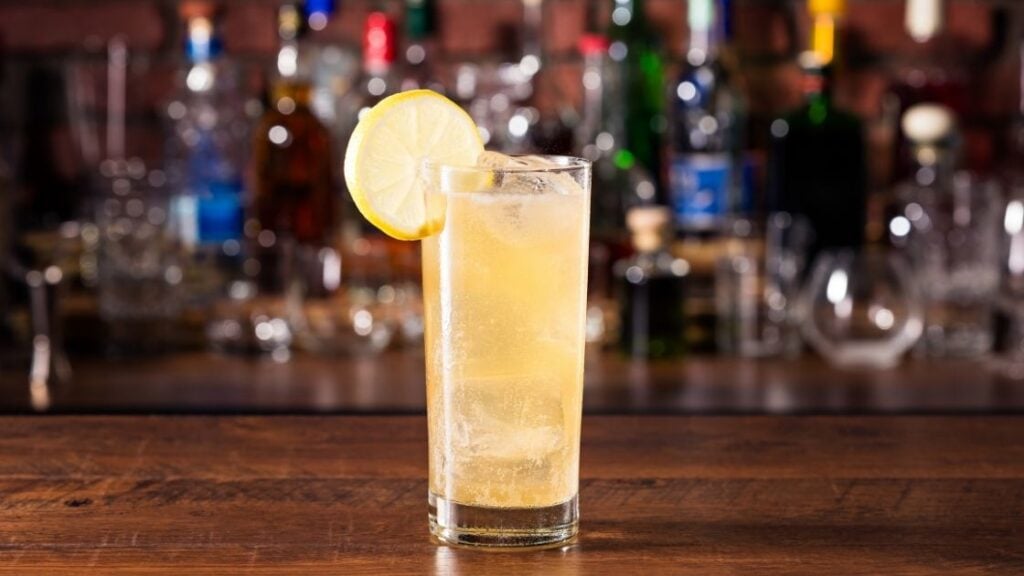 So, where do you get your hands on some Ginseng Up to try it.

Generally, you can buy Ginseng Up at Walmart, on Amazon, on the Walmart online store, and on specialty soda websites.

Convenience stores such as 7-11 or your corner grocer, it is fairly rare.

Which is the price per bottle at Walmart (source).

A good way to find a retailer near you is to do a Google search for ‘buy Ginseng Up’ from your local area.

It will typically bring up soda websites that deliver to your area, or large supermarket chains near you that stock it.

Failing that you can get it shipped to you by buying it at Walmart, Amazon, or one of the specialty soda websites.

Does Ginseng Up Have Caffeine?

A common concern when drinking sodas is how much caffeine they have. S

o I was interested in how much caffeine Ginseng Up has.

Ginseng Up Original does not contain any caffeine.

All of the other flavors contain zero caffeine except for Ginseng Up Cola which contains caffeine.

Ginseng Up also makes a ‘Mosaic’ range of drinks which include iced teas.

All of the mosaic range contains tea powder which contains caffeine.

Here’s a table showing their list of flavors and whether it contains caffeine or not:

As you can see, about half of the flavors Ginseng Up makes do contain caffeine.

Caffeine is typically added to colas to improve the taste.

But, because some of their flavors are iced teas, they contain black tea, which is known to have caffeine.

The cucumber melon green tea flavor is the odd one out in that it contains green tea rather than black tea.

What is Ginseng Up Extra? 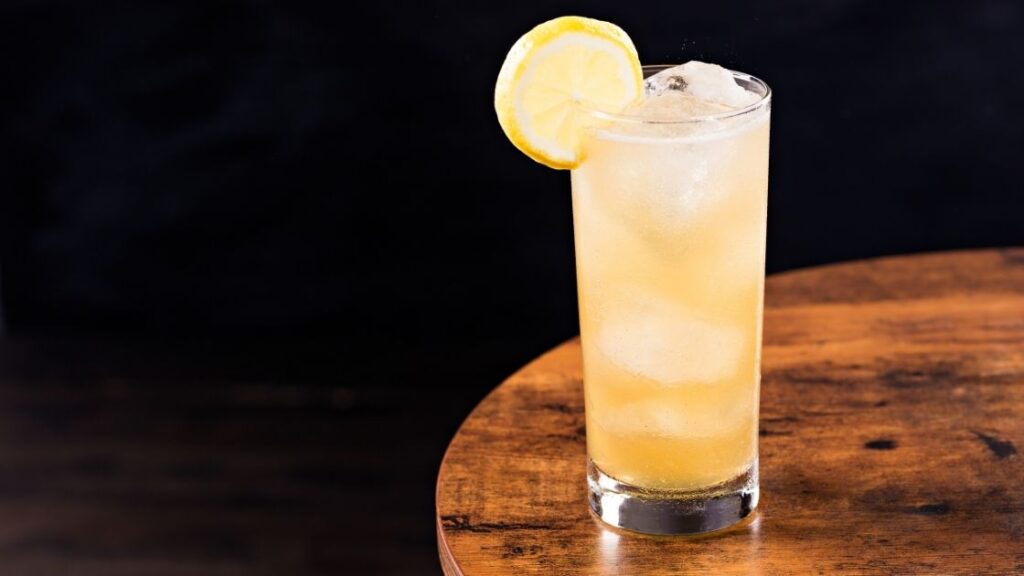 Ginseng Up makes a range of different flavors, but one of their flavors – Ginseng Up Extra is in a category all on its own on their website.

So, what is it, and what makes it unique?

Ginseng Up Extra contains 3x as much ginseng as the other flavors Ginseng Up makes.

It is also flavored with white grape juice concentrate which makes it unique compared to the other drinks Ginseng Extra makes.

In all other respects, it is virtually identical to Ginseng Up Original.

For example, it also does not contain any caffeine.

It is sold in a green bottle with a gold-colored cap.

Whereas, Ginseng Up Originals flavors are sold in a clear bottle with a white cap.