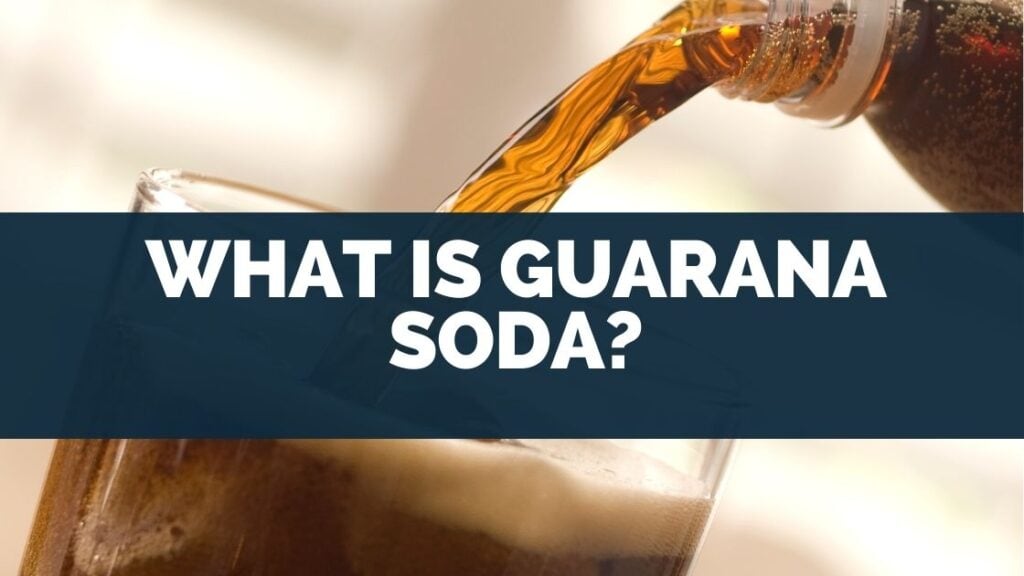 Guarana soda is a popular soda native to Brazil which have caramel color.

The Paullinia Cupana or guarana plant grows in the Amazon rainforest and is a widely celebrated crop of Brazilian agriculture.

The soda is a sweet taste explosion that will leave you feeling energized!

Guarana soda is a nicknamed ‘Brazilian champagne’ and is a delicious mix of sweet flavors with apple and berry notes along with Guarana extract.

The soda is made from the seeds yielded from Guarana flowers, which possess up to four times as much caffeine as coffee plants.

Guarana is also known by the name of Paullinia Cupana.

Before consuming guarana soda for the first time, or if you are already a guarana soda lover, you might be interested in reading about some of the plant’s health benefits as well.

You’ll also learn about the sugar and caffeine content of the soda or soft drinks too.

If you’re on the lookout for a new soda or simply wish to know more about what’s out there, then keep on reading.

The more you know, right?

Is Guarana Soda Good for You? 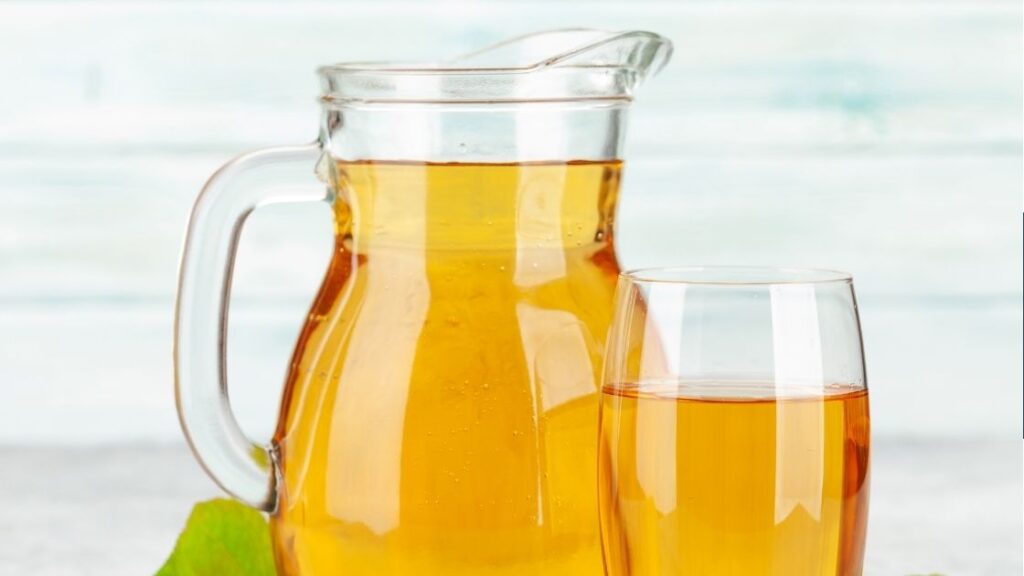 The Guarana plant or Paullinia Cupana has a deep history in its native Brazil, where it grows in the Amazon rainforest.

Like many other plants, the locals historically harnessed Amazonian crops for a number of uses, including medicine.

They found that Paullinia Cupana var had medicinal properties, and nowadays, it is often consumed as a dietary supplement and is also a popular ingredient in weight loss supplements/ diet regimes.

Some of the 5 best purported health benefits of guarana include:

So, there are a number of purported health benefits (can boost concentration, metabolism, and energy levels) to guarana (Paullinia Cupana);

however, that being said, it is not clear whether the health benefits of the guarana plant itself will be reflected in its soda form.

Caffeine In Guarana Can be harmful if taken in large quantities.

There are many negative effects of guarana as a source of caffeine.

There is also a risk of miscarriage if you cross the limit of the Dose Of Caffeine during pregnancy.

What Flavor is Guarana? 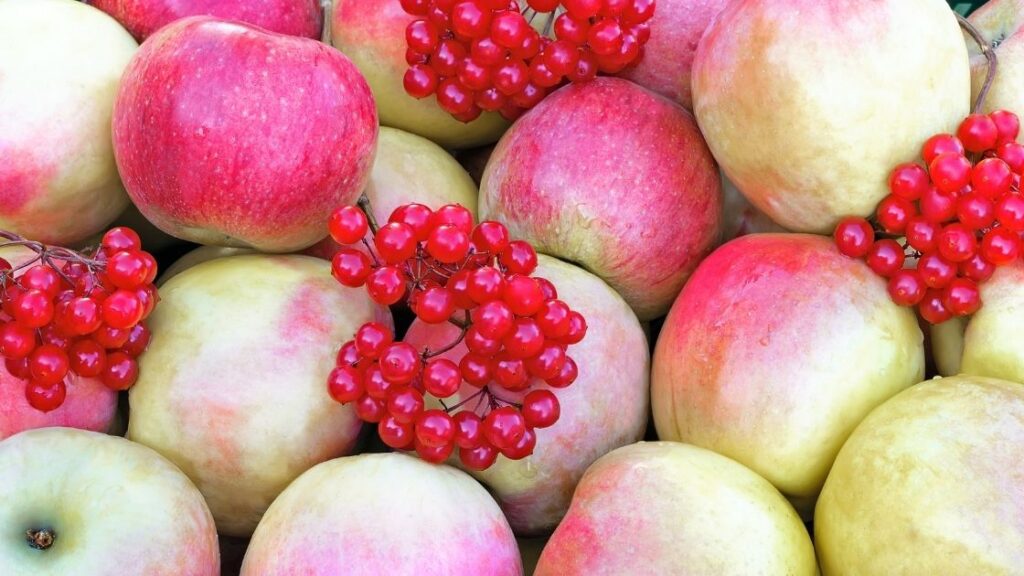 Guarana has an extremely sweet flavor with some fruity notes that you will continue to enjoy after finishing your soda, as some say it has a delicious aftertaste.

It is an instant burst of summertime sweetness in a can.

If you haven’t tried guarana soda before, then just imagine a sugary exotic explosion.

Some say it tastes like an apple when you have it in your mouth, while the aftertaste is quite berry-like.

Despite the caramel colorant, guarana (Paullinia Cupana) is not reported to have a caramel taste.

Some have found guarana soda to taste a bit like bubblegum.

To sum up, guarana soda has a sweet apple flavor with a berry aftertaste.

How Much Sugar is in a Can of Guarana? 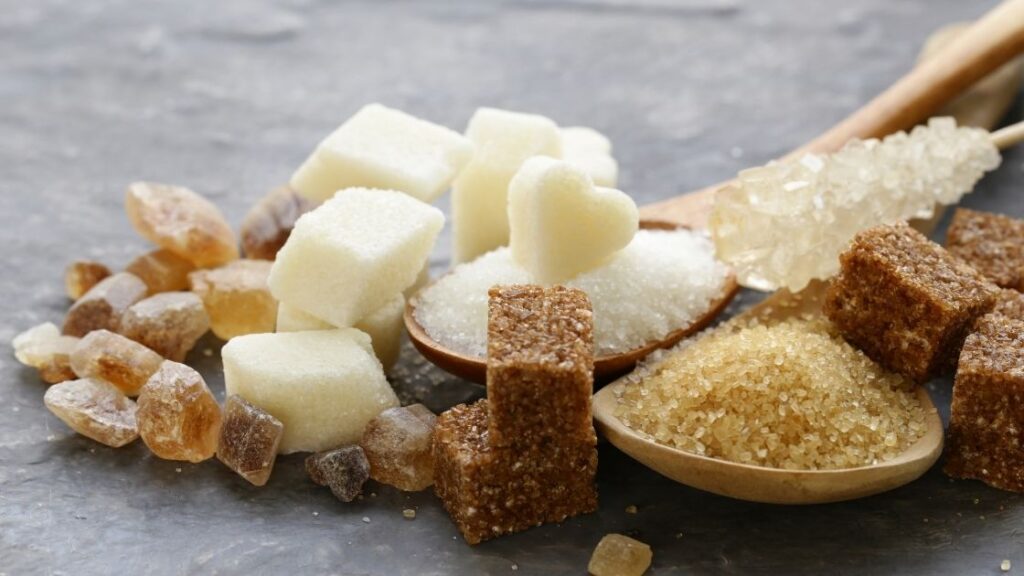 Refer to the table below to see how guarana soda compares to other popular sodas, carbonated water, and energy drinks:

As you can see from the table, guarana soda has relatively less sugar than many popular sodas and energy drinks.

Its taste is arguably sweeter than Coca-Cola and Pepsi, for example, but that is not attributed to the sugar in the soda but the flavor of guarana itself.

A typical can of 12 fluid ounces holds 36g of sugar, which ranks as a moderate level compared to other popular sodas and energy drinks consumed in the United States.

Is There Caffeine in Guarana Soda? 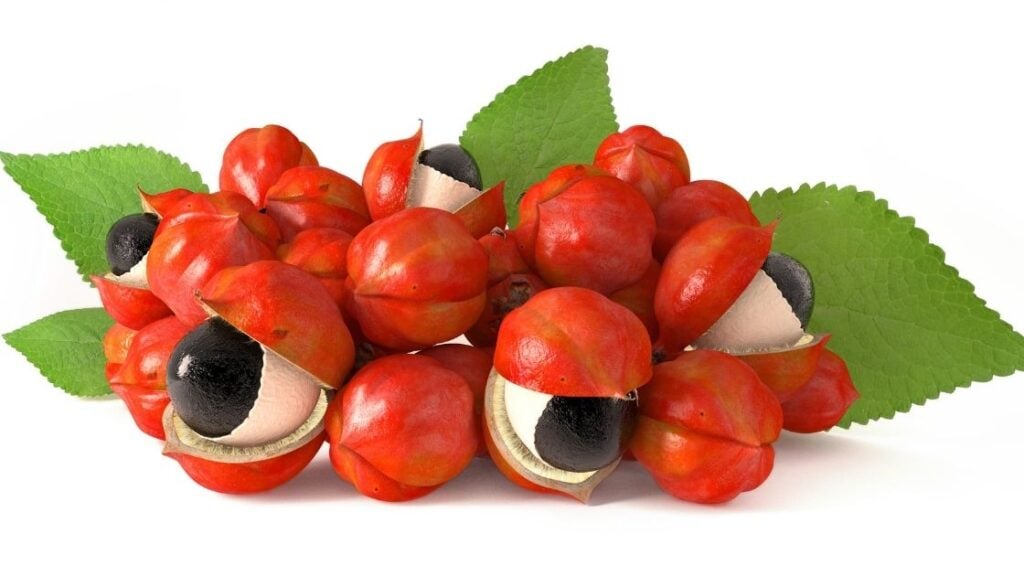 Guarana is a flowering plant that grows in the Amazon, like coffee, and grows reds fruits similar to coffee beans.

These fruits bear black seeds when ripe, and these seeds are used to produce guarana soda.

Guarana packs a powerful punch and produces up to four times as much caffeine as coffee plants!

Because of guarana’s powerful caffeine properties, it is also a staple in many beverage products, including Monster, Red Bull, Full Throttle, and Rockstar.

Alcohol beverages have also incorporated guarana into some of their products, like the Smirnoff Ice Guarana cans, called Double Black.

In terms of caffeine content, guarana soda contains 30mg of caffeine within a typical can of 12 fluid ounces.

See here how it compares with other soda and energy drinks:

Funnily enough, guarana is found in many of these sodas and energy drinks, although guarana soda itself has the lowest caffeine content.

Guarana soda contains 30mg of caffeine, which is lower than the caffeine content of the other sodas and energy drinks, like Red Bull and Monster, which also contain guarana. 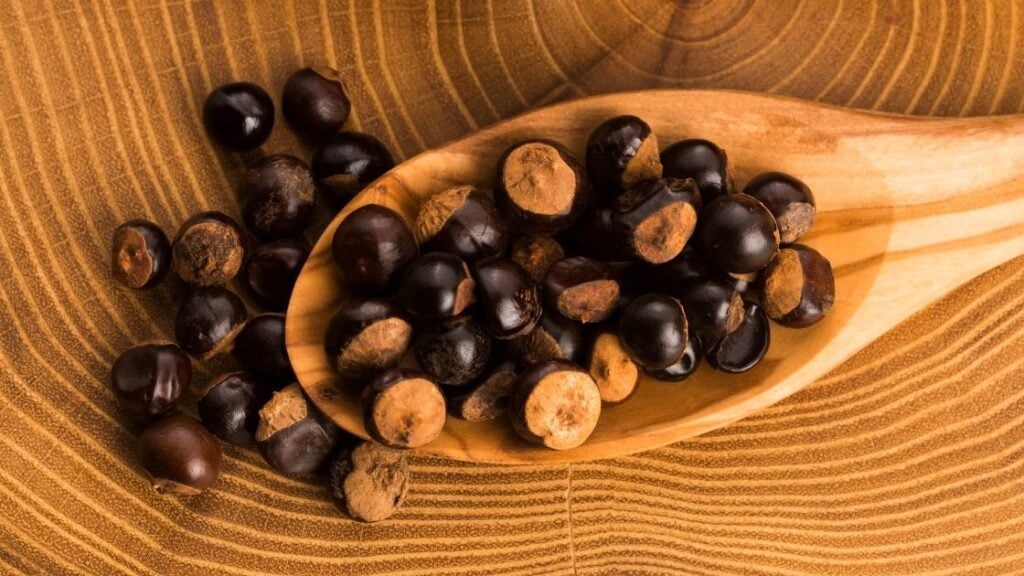 It’s safe to say Brazilians have a sweet tooth, and if you have ever tasted guarana soda, then you’ll be able to attest to this!

Guarana soda dates back to the beginning of the 20th century, and its native country is as besotted with it as ever.

Wide ranges of guarana products exist! Allegedly, a Brazilian president specially requested guarana toothpaste be made for him.

Despite these products, this carbonated patriotism prevails as sales continue to prosper.

Nowadays, guarana soda sales make up over a quarter of soda sales in Brazil, which is the third-highest soda-consuming country in the world!

Coca-Cola has tried to compete with this local elixir for years, but Brazil’s loyalty to ‘Brazilian champagne‘ remains intact.

It is rumored that this loyalty also lies in the soda-purported aphrodisiac properties, but these have never been proven!

The soda developed by Guarana Antarctica still holds the lion’s share of soda production and sales.

One of the ways in which Coca-Cola has tried to rival the local company’s sales is by introducing their own brand of guarana drinks into the market.

However, they have not taken off, and Brazilians prefer to drink guarana soda made by fellow Brazilians instead of their North American neighbors.

Guarana soda dates back to the beginning of the 20th century and has been loyally consumed since.

Not even soda giant, Coca-Cola, can compete with its impressive share (over a quarter) of soda sales.

Despite being the third-highest soda-consuming country in the world, it seems like Brazil isn’t looking for variety. It sticks to what it knows!

Guarana soda is a proud staple in Brazil’s beverage industry.

Dating back to 1921, when the major guarana soda wholesaler, Guarana Antarctica, developed the recipe, it has stood the test of time and is affectionately nicknamed ‘Brazil’s champagne’.

The soda is a sweet mix of apple and berry flavors with 36g of sugar in a can of 12 fluid ounces and 30mg of caffeine.

Guarana itself is a plant that grows in the Amazon rainforest and produces up to four times the amount of caffeine as coffee plants making it a favorite staple in energy drinks and diet supplements for its powerful caffeine properties.

All that said although it is not guaranteed that these benefits will be reflected when consumed in its soda form!