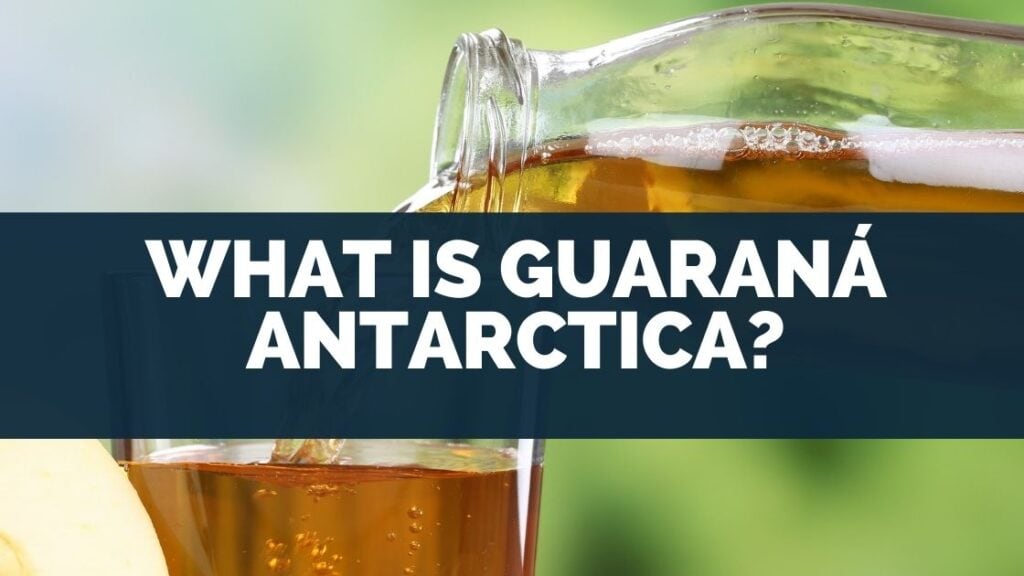 If you’ve ever visited Brazil or even been to a Brazilian steakhouse, you’ve probably come across Guaraná Antarctica.

It is described as the country’s national soft drink and a symbol of Brazilian pride, along with their soccer team and the Amazonian rainforests.

Guaraná Antarctica is a guarana-flavored, soft drink with caramel color manufactured and distributed by AmBev.

The naturally caffeinated soda, developed in Brazil in 1921 by Pedro Baptista da Andrada, is now available worldwide. However, it is a Brazilian original drink.

It has an apple flavor and a berry aftertaste and comes in nine variants.

Guaraná is nearly as famous as acai when it comes to the fruits of the Amazon jungle. People also know guarana with the name of Paullinia Cupana. Many energy drinks manufacturers mention Paullinua cupana in product details.

There are several guaraná-flavored items available, particularly in Brazil, including tea, candy, and sodas.

Guaraná Antarctica is one of the most famous and popular guaraná sodas, the Brazilian national soccer team’s sponsor and famously advertised by Diego Maradona, the legendary Argentinian player.

This soda is worth trying because it’s been around for nearly a century and is beloved by millions of South Americans – but its legendary stimulating and aphrodisiac properties could also make you curious. 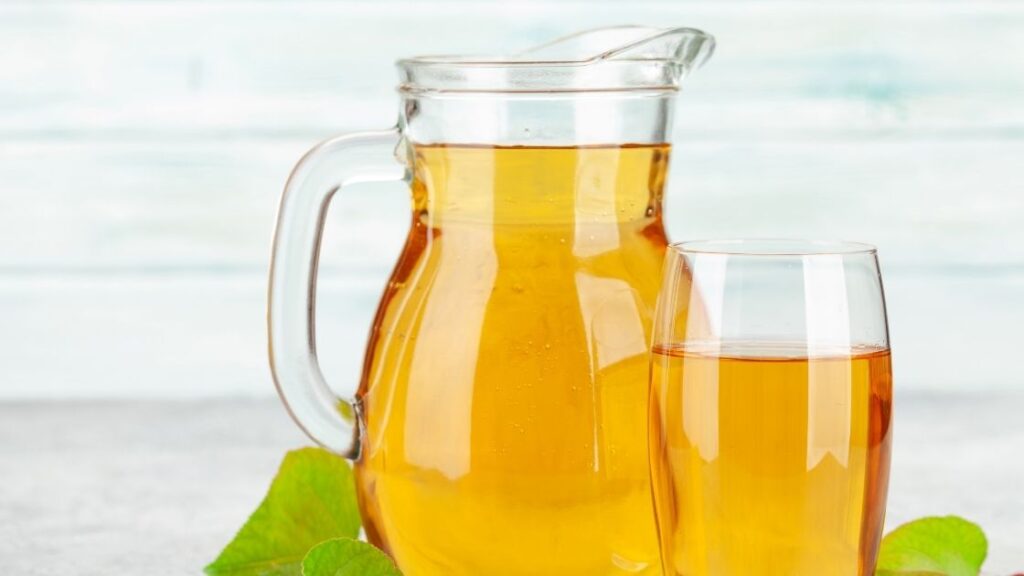 Guaraná, like acai and Paullinia Cupana, is a so-called superfruit that is indigenous to the Amazon rainforests.

The fruit is well known as a stimulant as it has five times the amount of caffeine (guaranine) that coffee has.

This climbing plant’s fruit is a red berry that splits open to reveal white pulp and black seeds that look somewhat like eyes.

It is the seeds that contain the properties for which guaraná (Paullinia Cupana Var) is famous.

Beverages – foul-tasting, by all accounts – made from the toasted and powdered seeds dissolved in water are traditional to the Amazon.

These were drunk by warriors and hunters for energy, with the boast that they needed no other food than this, and could keep going for days. Guarana, also known as Paullinia Cupana Var acted as a herbal supplement for ancient warriors.

Guaraná Antarctica is one of many brands of fizzy soda made from this fruit. Today, up to two-thirds of guaraná harvested is made into soda beverages.

Around 1906, a soft drink factory in Brazil, Guaraná Cyrilla, began developing a beverage made from the guaraná fruit.

However, the original liquid was astringent and bitter.

In 1921, Pedro Baptista da Andrada created Guaraná Antarctica for the Brazilian company Companhia Antarctica Paulista, using a process that removed the bitter flavor and highlighted the pleasant aroma of the berry.

The soda became extremely popular and is now the second-best-selling soft drink in Brazil (after Coca-Cola).

Today, the beverage is made and distributed by AmBev (a subsidiary of Anheuser Busch InBev) in Brazil, Portugal, Argentina, and Japan.

Guaraná Antarctica is available in cans and two-liter bottles in the countries of manufacture and online and throughout the world.

Several other competing guaraná-flavored sodas are also made in Brazil, including Kuat, which Coca-Cola owns.

Pepsi also briefly produced a competing soda, Josta, an abject failure and no longer made. 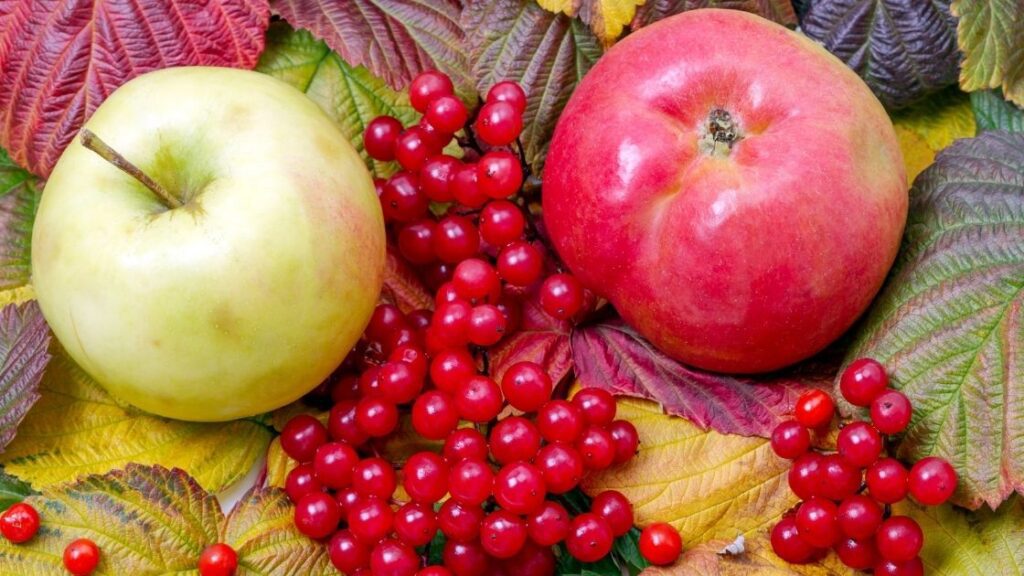 In its natural state, the guaraná berry has a mouth-puckeringly bitter flavor. Processed as Guaraná Antarctica, the berry beverage retains the sweet-sour taste and sugary aroma of guaraná.

For those not familiar with the unique fruit, the guaraná-flavored soda has a complex, slightly sour flavor reminiscent of cranberry, cherry, or apple juice, with fresh, crisp, gingery or cidery notes.

Unlike many soda pops, Guaraná Antarctica doesn’t have a cloyingly sweet aftertaste, nor the throat-searing elements of ginger beer.

Fans of the beverage attribute this to the cane sugar it contains, rather than the typical corn syrup in most American sodas. 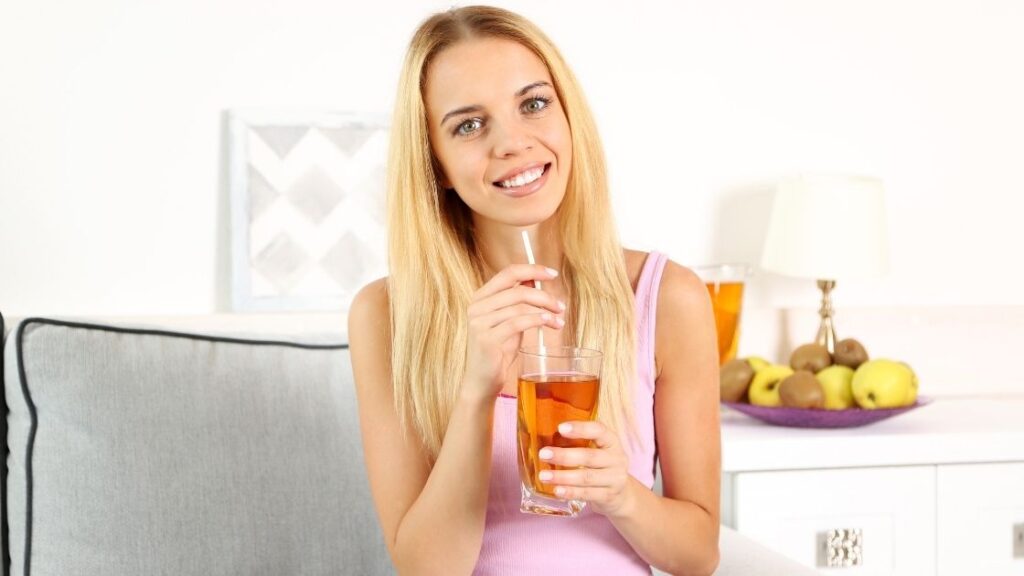 Guaraná Antarctica contains guaraná extract from the seeds of Paullinia cupana, although in a very small proportion.

The diet and zero variants of the beverage contain aspartame as a sweetener.

This is the reason many people utilize it as a dietary supplement.

Are there any variants of Guaraná Antarctica? 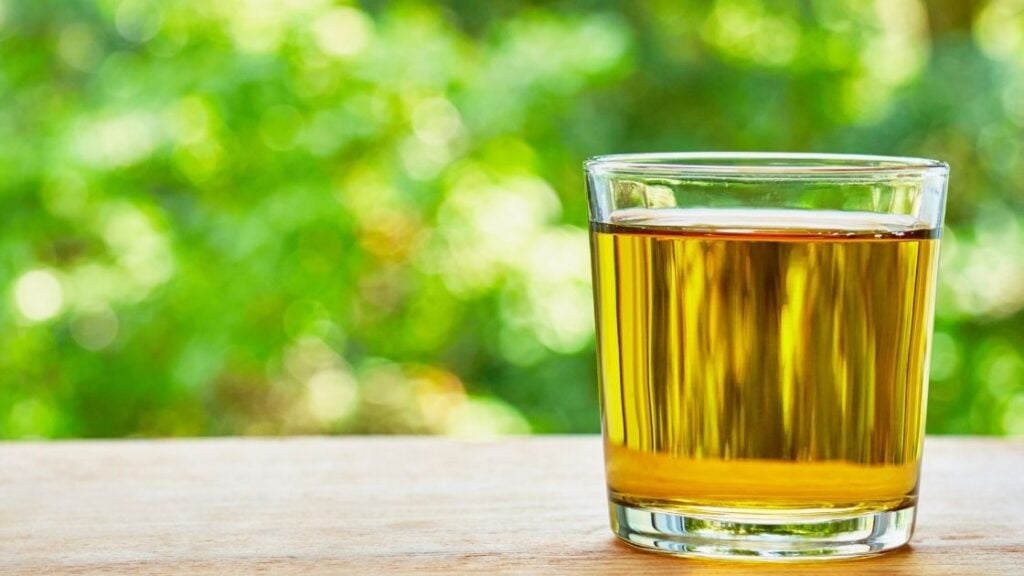 The beverage has nine variants, including

Number 9, the Antarctica Zon is a new variant yet to hit the market

Is Guaraná Antarctica a health beverage? 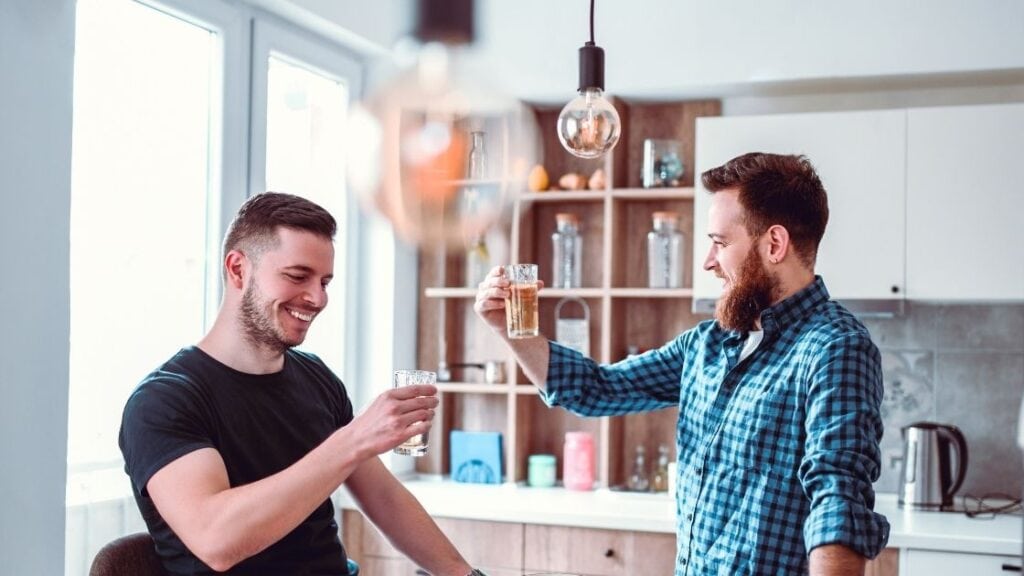 Amazonian people have used the guaraná fruit or Paullinia cupana for centuries because of its healthful and therapeutic properties.

In its natural form, guaraná (Paullinia cupana) is associated with weight loss (because of its high guaranine content) and purportedly reduced chances of cancer.

Many guaraná-derived supplements are available at health stores.

Extracts of the fruit appear in a variety of energy drinks, including Monster and Red Bull, because it is a stimulant, stronger than caffeine.

However, although Guaraná Antarctica contains fruit extract, it is not a healthy beverage at all but a sugary, fizzy soda.

However, one 330 ml can contain 170 calories and 36 g of carbohydrates, all of which are sugar.

There is no way this soda counts towards one of your five-a-day fruit servings – Brazilian law requires that any soda claiming to be guaraná-flavored needs to contains only 0.02 g of seed extract per 100 ml. 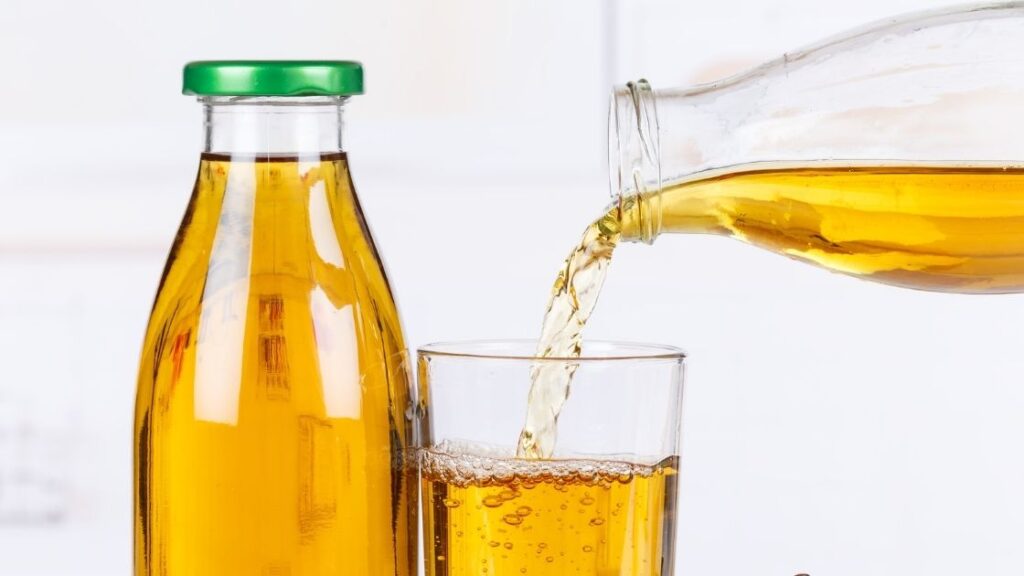 Since 2001, Guaraná Antarctica has sponsored the Brazilian soccer team in a deal worth about $9 million per year.

The current partnership between AmBev and the Brazilian Football Federation is set to last until 2027, with the possibility of renewal.

Since 2019, this sponsorship has been extended to both the men’s and women’s teams, with the beverage’s logo appearing on the national kit.

In an effort to support women’s soccer, AmBev has made space available on their cans for additional sponsors of the women’s team.

In a famous advertisement for Guaraná Antarctica, legendary Argentinian soccer player, Diego Maradona, wakes from a dream (nightmare?) in which he was wearing the Brazilian kit, having drunk too much of the beverage the night before.

Should I buy Guaraná Antarctica? 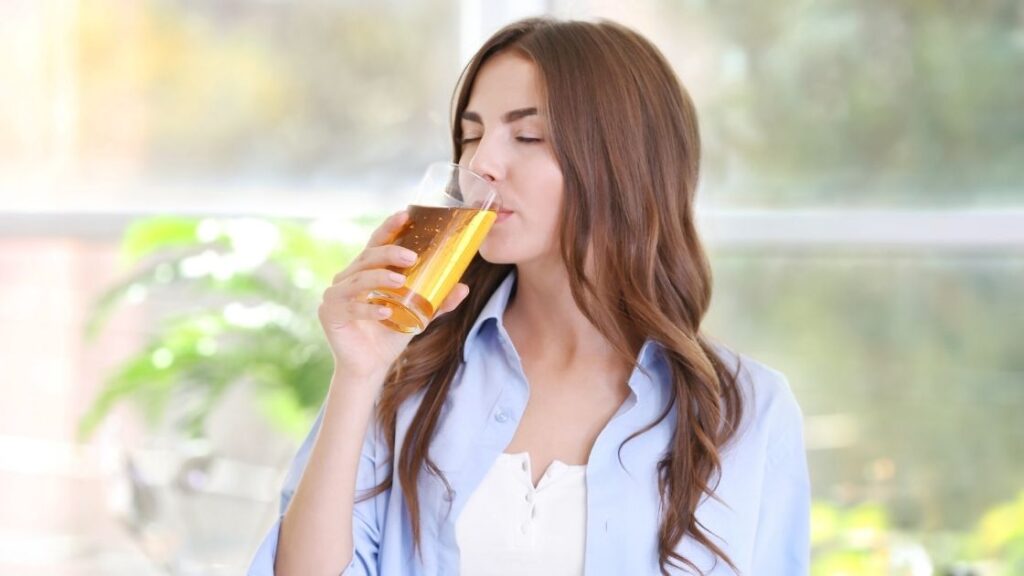 Most people buy this soda out of Brazilian nostalgia, having tasted it when they lived or grew up in South America, so it’s an excellent gift for a homesick Brazilian friend.

It’s also ubiquitous in Brazil; if you would like to try a typical Brazilian soda, Guaraná Antarctica is a good choice.

It is also a good choice if you like the flavor of guaraná, or would like to try something different from the traditional cola soda pop.

Because it is not too sweet, Guaraná Antarctica is suitable as a mixer for fruity cocktails or as an alternative to ginger ale or lemonade.

What should I try next? 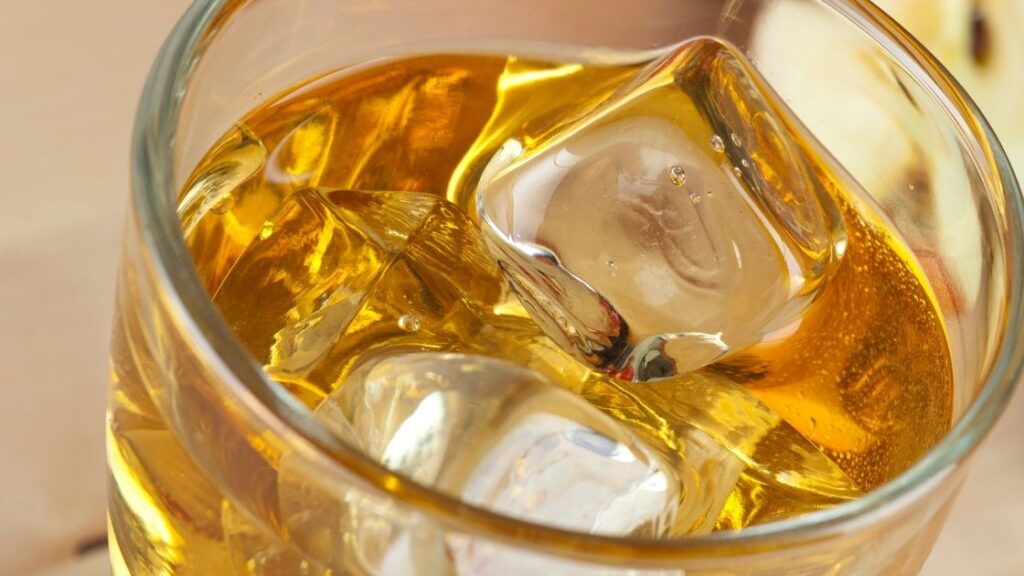 If you like guaraná flavor, you could try other Brazilian sodas made with the fruit, such as Kuat (made by Coke), Dolly, Brazilia, Bawls, and Triunfo.

For the caffeine boost associated with guaraná, try an energy drink, dietary supplement or a herbal supplement.

If you would like to try other Brazilian sodas, try Itubaína (with a tutti-frutti flavor), or the various flavors of Schin.

For other unusual foreign sodas, there’s

In the US, you can try Pennsylvania Dutch Birch Beer for an alternative soda.

Guaraná Antarctica is a tasty Brazilian soda with the refreshingly spicy berry-apple flavor typical of the guaraná fruit or Paullinia cupana.

Beloved of millions of South Americans, it’s Brazil’s national soda and worth trying as a fruity alternative to ginger ale on its own or in a cocktail.