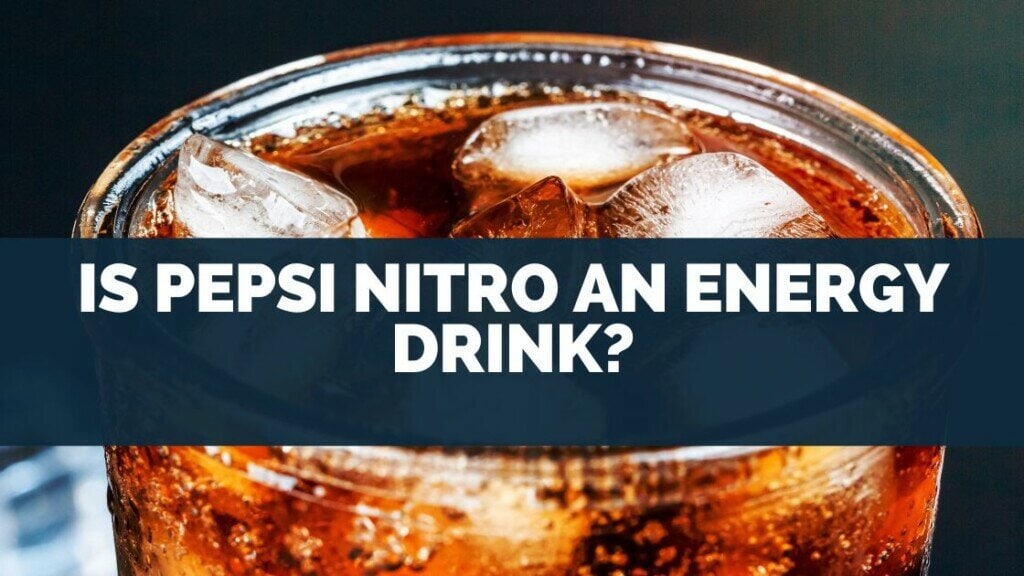 Pepsi Nitro comes in a can that is the size of an energy drink.

The name also suggests that it is an energy drink.

Today, I will explain if Pepsi Nitro is an energy drink and what it is exactly.

Pepsi Nitro is not an energy drink.

Pepsi Nitro is identical to regular Pepsi, the difference is instead of carbon dioxide to make it fizzy, it has nitrogen gas.

However, Pepsi Nitro has about double the caffeine that regular Pepsi has, so it does have similar effects to an energy drink.

Below, I will explain what people think of Pepsi Nitro, exactly how it differs and how it works, and whether it contains caffeine.

What Pepsi Nitro Is? 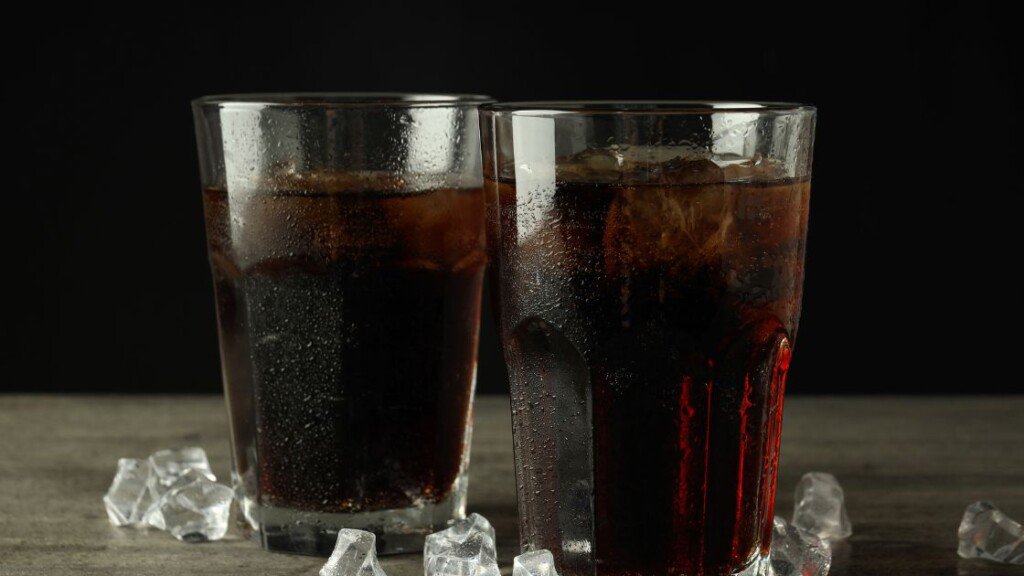 Pepsi Nitro is relatively new, and although Pepsi often releases new Pepsi flavors, Pepsi Nitro comes in a larger can, and is cola flavored.

So, here is exactly what Pepsi Nitro is.

Pepsi Nitro is regular Pepsi, but instead of being carbonated with carbon dioxide, it contains a plastic cylinder at the bottom of the can filled with nitrogen.

When the can is opened, the nitrogen gas makes the Pepsi nitro fizzy.

It comes in 2 flavors, regular (called draft cola) and vanilla.

Drinks that are fizzy such as soda and beer, are made fizzy by pumping carbon dioxide gas into them.

However, using nitrogen gas instead is somewhat familiar as well.

Pepsi Nitro is essentially regular Pepsi, except it has nitrogen gas instead of carbon dioxide.

There is a well-known beer called Guinness, and interestingly, instead of carbon dioxide, it has nitrogen gas.

The result is that the layer of foam – called a head – that forms at the top is much frothier and thicker.

The same happens when you pour a can of Pepsi Nitro into a glass.

What do people think about Pepsi Nitro after trying it? 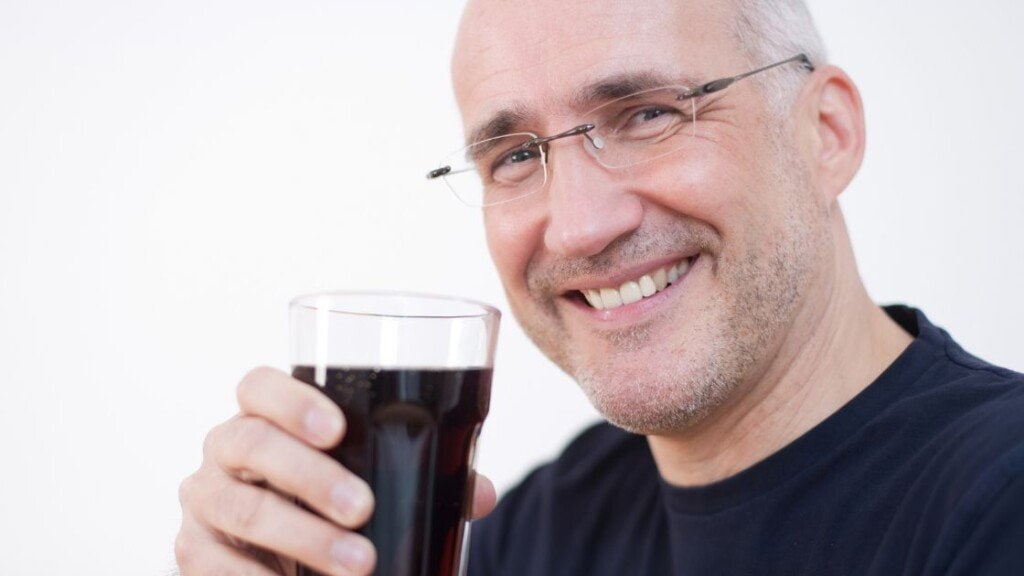 To get an idea of how good Pepsi Nitro is, I compiled some data from people who responded to a Reddit post where a person asked what people thought of it.

Here is a table that shows what people thought after trying Pepsi Nitro:

Overall, what people thought of Pepsi Nitro was pretty even.

The exact number of people loved it, hated it, and said it tasted like regular Pepsi but flat.

Here’s a really good video by Papi Eats, where he does a taste test of Pepsi Nitro draft cola and vanilla:

Some people recommend putting Pepsi Nitro into the freezer for 10 to 15 minutes straight after you freeze it.

When you do the foam layer freezers, which is kind of interesting.

Definitely something cool to try.

There are some major differences between Pepsi Nitro and regular Pepsi. There are:

Virtually everyone reports that the taste of Pepsi Nitro is not as strong or as satisfying as regular Pepsi, other carbonated beverages, or ice-cold colas, due to the fact that it is not as fizzy.

The fizziness of regular Pepsi gives it a strong flavor, whereas people report that Pepsi Nitro tastes like a soda that has been left out for a few hours, and has become flat.

The general consensus is that Pepsi Nitro draft cola flavor is not that great, but interesting to try.

Whereas Pepsi Nitro vanilla flavor is quite good.

The creaminess of the vanilla matches the creamy texture of the nitrogen gas.

However, people that like something a bit lighter, and find that regular Pepsi or other colas such as Coca-Cola have heavy carbonation very likely would prefer Nitro Pepsi.

Does Pepsi Nitro Have Caffeine? 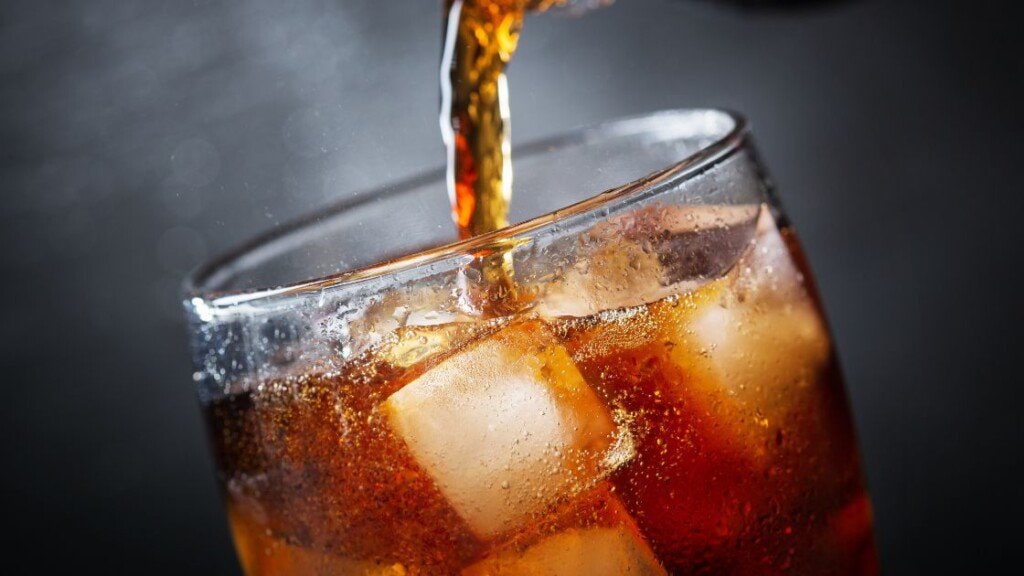 Pepsi is many people’s beverage of choice.

Colas such as Pepsi typically have added caffeine to improve the taste, whereas, other sodas do not.

Here is whether Pepsi Nitro has caffeine.

Pepsi Nitro contains caffeine, both Pepsi Nitro Draft Cola flavor and Vanilla flavor have 77 mg of caffeine per 13.65 fl. oz. (404 mL), which is the size of a can of Pepsi Nitro.

Therefore, if you drink Pepsi Nitro, it will give you more energy and focus than a regular Pepsi.

If you compare that to a coffee or coffee product such as a Frapuccino, Pepsi Nitro has about half the caffeine that a cup of coffee has.

So, Pepsi Nitro is more similar to an energy drink but nowhere near and energizing as coffee.