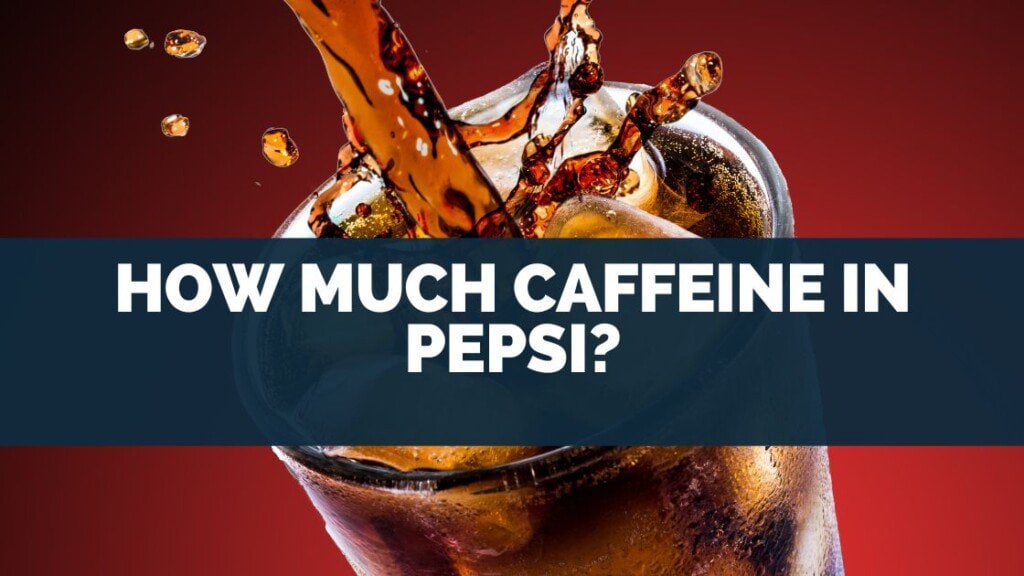 Caffeine has a range of benefits, but consuming too much caffeine can have negative effects.

Pepsi is one of the most popular soft drinks, and today I will explain how much caffeine is in Pepsi.

Pepsi also made Caffeine free Pepsi, which contains no caffeine.

There are around 7 different types of Pepsi, but it varies based on which city you are in.

Below, I will explain how much caffeine is in the different Pepsi flavors, such as Pepsi Wild Cherry, which Pepsi has the most caffeine, and how Pepsi’s amount compares to other caffeinated drinks and sodas.

Is Pepsi High in Caffeine? 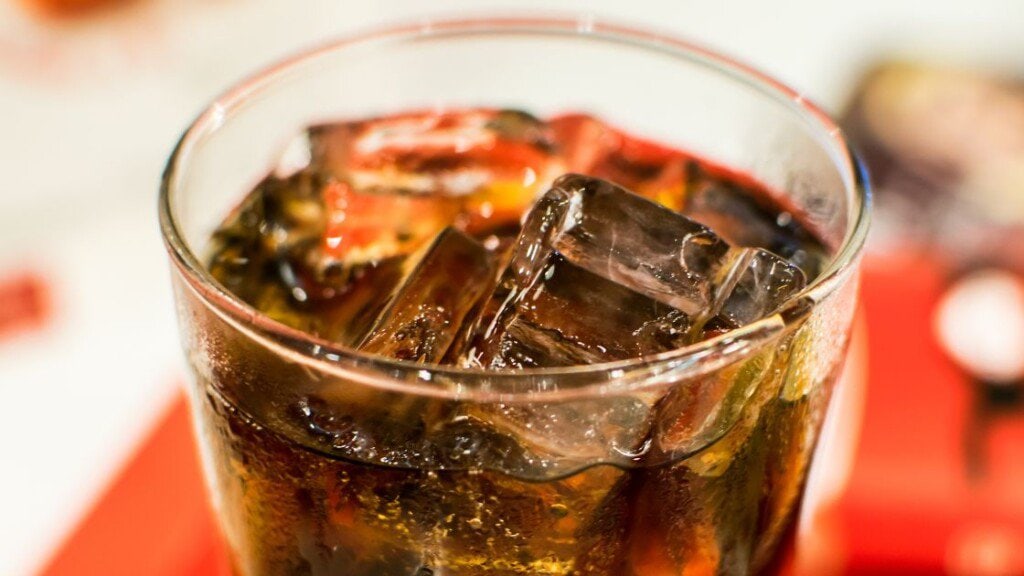 Consuming too much caffeine can have some adverse effects, such as feeling nervous and jittery.

Therefore, it’s essential to know whether Pepsi is high in caffeine, that way you can make the best choice about which soda is best for you.

So, here is whether Pepsi is high in caffeine.

Pepsi is not high in caffeine. 1 can of Pepsi or diet Pepsi contains 9.7% of the recommended daily caffeine intake.

It also contains about ⅓ the caffeine that a cup of coffee has.

Pepsi also sells Pepsi caffeine free, which contains no caffeine at all.

Relative to other sodas, Pepsi contains roughly the same.

Therefore, there is no major difference in how much caffeine you consume if you drink Pepsi instead of another cola soda such as Coca-cola.

Interestingly, soda manufacturers like Coca-cola state that caffeine is added to colas to improve the taste.

It appears the increased energy caffeine provides is a secondary consideration.

How Much Caffeine Is in a Regular Pepsi? 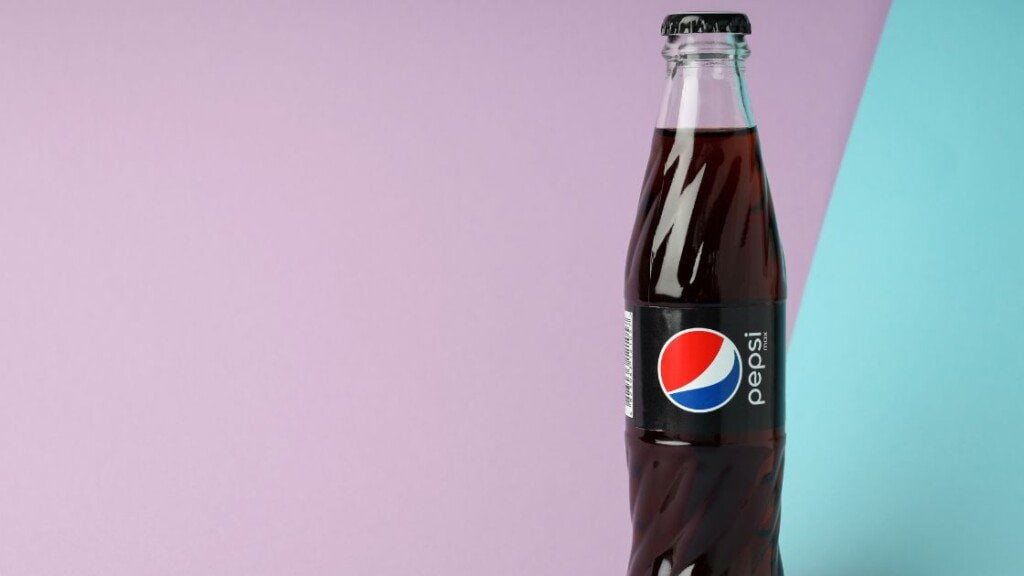 But how much caffeine is in regular Pepsi?

The caffeine content of Pepsi is significantly lower than coffee.

A cup of coffee that is the same amount of a can of Pepsi contains 142 mg of caffeine.

There is a range of different caffeinated beverages, an example that is similar to sodas is energy drinks.

Energy drinks, on average, have significantly more caffeine than Pepsi.

For example, Monster Energy drink contains 4 times the caffeine that Pepsi has and 25% more caffeine than a cup of coffee that is the same size as a can of Pepsi.

Caffeine in moderate amounts of about 4 cups per day is OK, according to Dr. David Coun, MD, as he explains in the video below:

Which Pepsi Has the Most Caffeine? 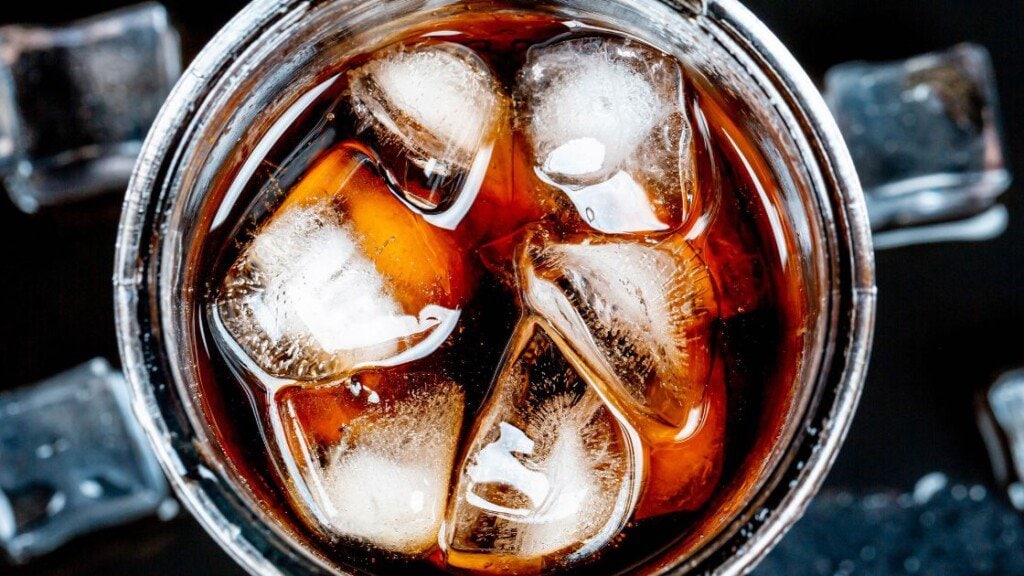 All Pepsi flavors have significantly less caffeine than coffee. Therefore, it’s perfectly fine to drink the Pepsi flavor that has the most caffeine.

So, here is which flavor of Pepsi has the most caffeine.

It has 80% more caffeine than regular Pepsi.

But, overall has 17% of the recommended daily intake of caffeine and has half the caffeine of coffee.

There are quite a few different flavors of Pepsi.

So, below is a table that shows how much caffeine is in each flavor of Pepsi (source).

From the table, you can see that Pepsi Zero sugar and Pepsi Max have slightly more caffeine compared to the other flavors.

The other main thing that sticks out is that Pepsi Café has significantly more caffeine than the other flavors.

However, it is still about half of that found in a cup of coffee

One study showed overall, all the sodas on the market have very different caffeine levels.

They argued that this is a good reason to put the caffeine content on the product label.

Interestingly, if you look at product labels of the well-known sodas such as Pepsi, they state how much caffeine is in them.