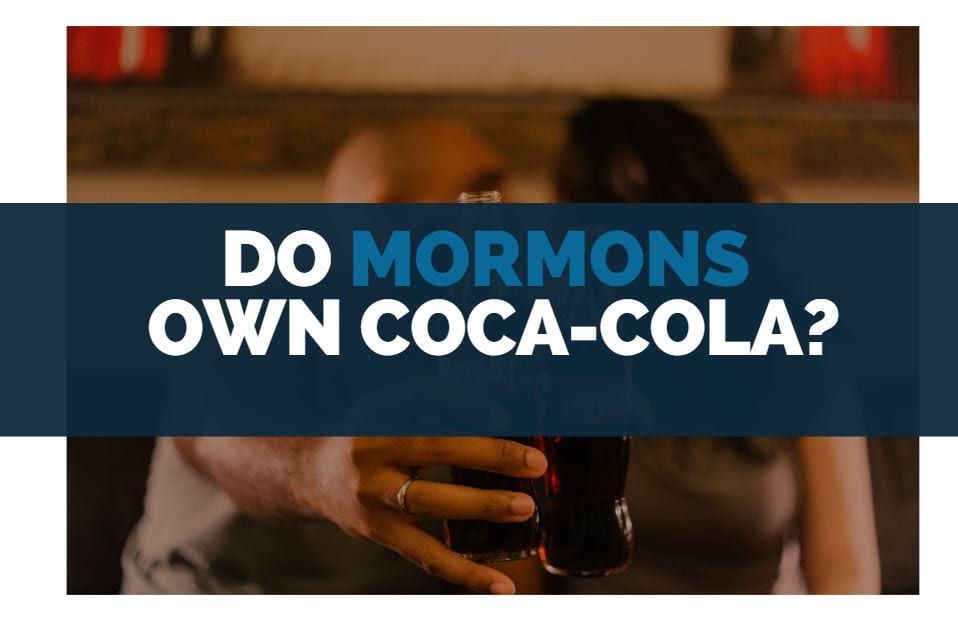 There are many rules to being a part of the Mormon faith, and some of these rules concern what members of the church can drink.

Joseph Smith III was the founder and president of Mormonism.

There have been rumors for years that Mormons own Coca-cola, which would be hypocrisy on the church and the members who own Coca-cola.

However, is the restriction on Mormons being able to drink Coca-cola even true? We’ll get to that bit later but let’s cover the question at hand.

Do Mormons Own Coca-Cola?

No, the Mormon church does not own the Coca-cola company.   Coke is a big company and, thus, too big to be owned by a single person or entity.

Over 1,400 different groups and individuals own 64% of the shares of Coca-cola company.

This company owns roughly 400 million shares or 9% of the company.

But the company itself is too large to be owned by one single person or company.

The Mormon church does have stock in various companies, though. Most notably in various tech companies, including Apple, Google, and Microsoft.

This report also confirmed that the church does not have any stock in Coca-cola, Pepsi-cola, soft drinks, or Starbucks.

The Mormon church states on its website that they do not hold stock in companies that go against the tenets of its faith.

If the church were to gain holdings in a company it disagreed with, it would sell those shares.

This rumor persists because of the widely held belief that Mormons cannot drink caffeine and caffeinated sodas.

While it’s true that Mormons are encouraged to avoid caffeine, it is not church doctrine to not drink caffeinated beverages the way that Mormons have to avoid tobacco and alcohol.

This rumor also likely stems from the fact that Mormons do not drink hot caffeinated drinks like coffee and tea as part of their health practices.

Since coffee and tea both have caffeine, some members took to avoiding all caffeinated beverages and drinks with caffeine.

It’s easy to see how some of these rumors get started. Some misconceptions and wrong interpretations about things can go a long way.

The truth about what Mormons are encouraged to avoid and what they actually avoid is a complex subject. 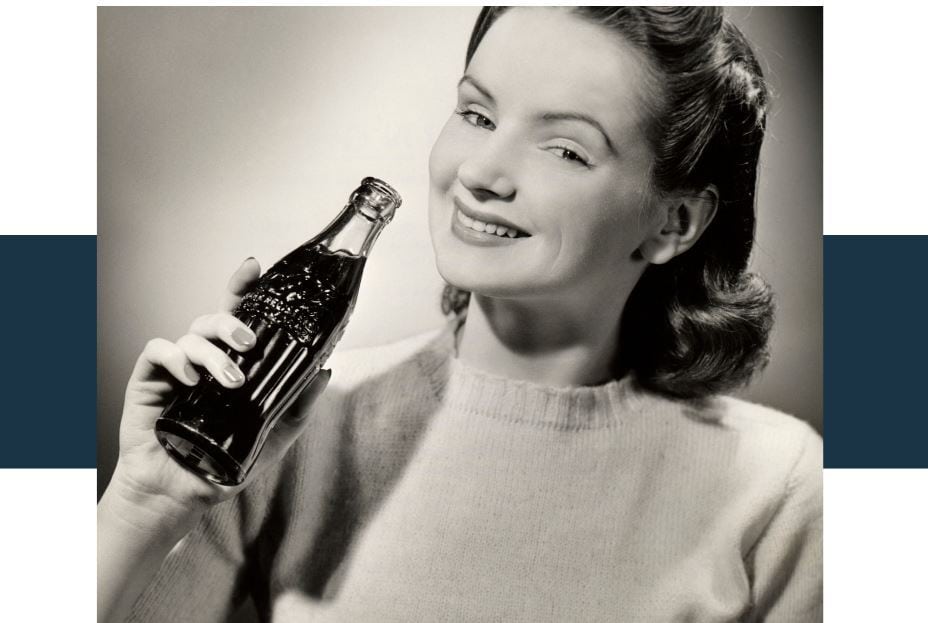 While Mormons do not actually need to avoid drinking Coca-cola, or any other soda by church doctrine, it is easy to see how this belief persists.

Followers of the Mormon faith are known for following several strict rules about how they live their lives.

The main rules on what Mormons are restricted from taking part in are tobacco and alcohol.

Mormons are also restricted from drinking hot drinks, mostly interpreted as including tea and coffee.

There have been debates within the Mormon community about why the church has restricted hot drinks.

Some interpret it as hot drinks being bad for your teeth and insides.

Many Mormons saw the similarity between the two drinks as having caffeine and thus decided not to drink soda with caffeine as well.

The church authorities and the Church leaders never officially restricted Coca-cola or fizzy drinks from its members. It was only ever suggested to avoid drinking it.

Coca-cola could even be found at BYU-Provo in secret vending machines.

Officially, the university banned the sale of Coca-cola for many years, but you could still find it.

You could even bring Coca-cola and other sodas on campus and drink them with no repercussions from university officials.

Recently, the university lifted its restriction on selling Coca-cola on campus.

While this seemed like something that would go against the church since the church never had any official restrictions on Coca-cola, it was not a problem.

Many students welcomed the change and were excited to be able to purchase drinks on campus.

While drinking Coca-cola and other sodas may be a debated topic among Mormon church leaders, it does appear that more church officials are welcoming Coca-cola drinkers in their congregation.

If the Mormon church did ban Coca-cola and other sodas from their members, then there wouldn’t be a rise in dirty sodas. A popular drink mix for many Mormons.

What Are Dirty Sodas and Can Mormons Drink Soda? 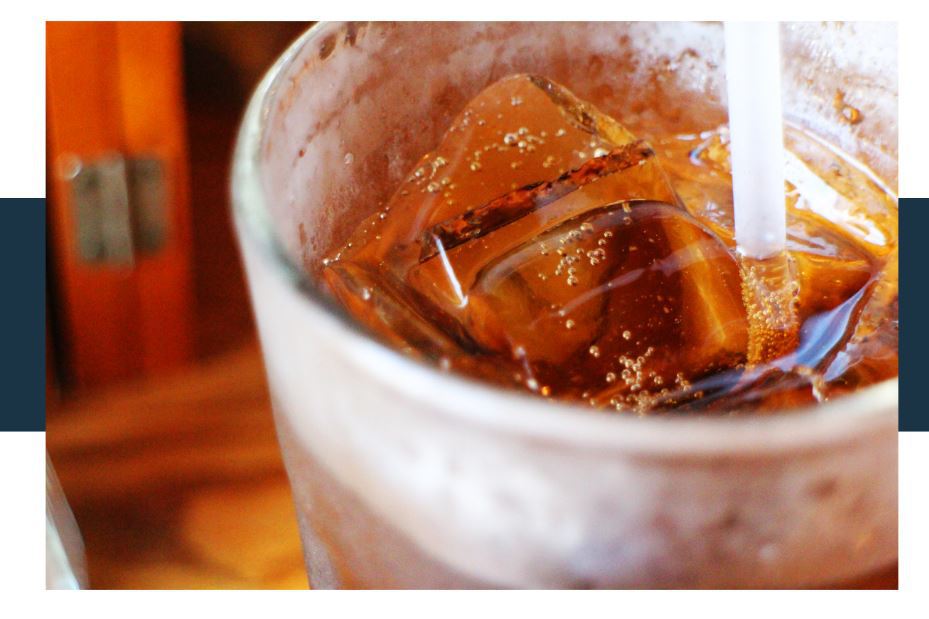 Dirty sodas are a relatively new concoction among Mormon soda drinkers. It’s a combination of soda and Torani, a flavored syrup sweetener.

A dirty soda usually has a coconut flavoring of some kind.

Though a dirty soda doesn’t need to have coconut flavoring, any syrup flavoring will do.

These drinks have become popular due to the apparent lack of other addictive substances that Mormons can have.

Sugar remains the only vice for many Mormons. There is an addictive quality to dirty sodas due to the high sugar content in them.

People will sometimes have more than one in a day.

For some Mormons, dirty sodas serve as their coffee replacement to get through the day.

The sugar rush replaces the caffeine high you would normally get from your morning coffee.

They have also become a part of daily life, serving as popular hang-out spots for friends, family, and after-sports meetings.

Dirty sodas are inexpensive to spend time with your family or treat yourself.

Since the population of Utah has so many Mormons, this serves as a way to be able to indulge yourself without breaking church doctrine.

There are no restrictions on sugar treats in the Mormon faith, so dirty sodas are a great way to have treats. Many dirty soda shops also sell treats of other kinds, like cookies.

Shops making and selling dirty sodas have popped up throughout Utah in recent years, often creating fierce competition and rivalries.

People are often loyal to where they go for their dirty soda indulgence.

Places have regular customers who order the same thing.

Two competitors settled a lawsuit determining who coined the moniker “dirty” when it comes to soda.

They agreed to pay their own legal fees and drop the lawsuit.

Dirty Sodas have become a strong business in Utah, and recipes for popular dirty soda drinks can be found online so people who want to make them for themselves can try them out.

Though the atmosphere of dirty soda shops is irreplaceable.

One of the most popular variations of these dirty soda drinks is a Dirty Diet Coke.

Dirty diet coke is easy to make. It consists of diet coke, coconut syrup, limes or lime syrup, half and a half if you want some, and ice.

Many dirty soda recipes are similar and are just as easy to make. You can make a dirty soda on your own if you have soda and some syrups.

Mormon soda shops are growing in popularity. First springing up in Utah, they have spread to other areas where there are high Mormon populations.

In other areas, they are not called dirty sodas. In Eastern Idaho, these drinks are commonly called Mormon soda.

They are popular throughout the region not just because of the high number of Mormons in the area but also because it’s a refreshing drink at the end of a hot day.

No matter where these places are set up, it is clear that they are popular and get regulars.

People like coming back to try new drinks and to order their favorite.

They’re popular family spots and serve as a general hang-out spot for friends to meet up.

It can also be a nice business to set up. Soda and syrups are not expensive; you can add your treats to make your business unique.

Lots of people have found success in starting their own Mormon Soda Shop.

Some businesses operate as full sit-down places, and others are drive-through operations. It’s easy to individualize your soda shop for what you want it to be.

The drinks are certainly not for everyone. Some may find them too sweet for their liking. The sugar from the soda and the syrup combined is a lot of sugar to take in one sitting.

The flavor combinations may not be to everyone’s liking as well.

It is clear why this has taken off in Mormon communities, though. It is a cheap and fun way to indulge yourself.

When your faith restricts your ability to have the treats that people outside of your faith indulge in (tobacco and alcohol), it’s important to have something that you can share with others and treat yourself with as well.

They are fun drinks that many people can enjoy and would not be possible if Mormons could not drink Coca-cola and other soft drinks or sodas.