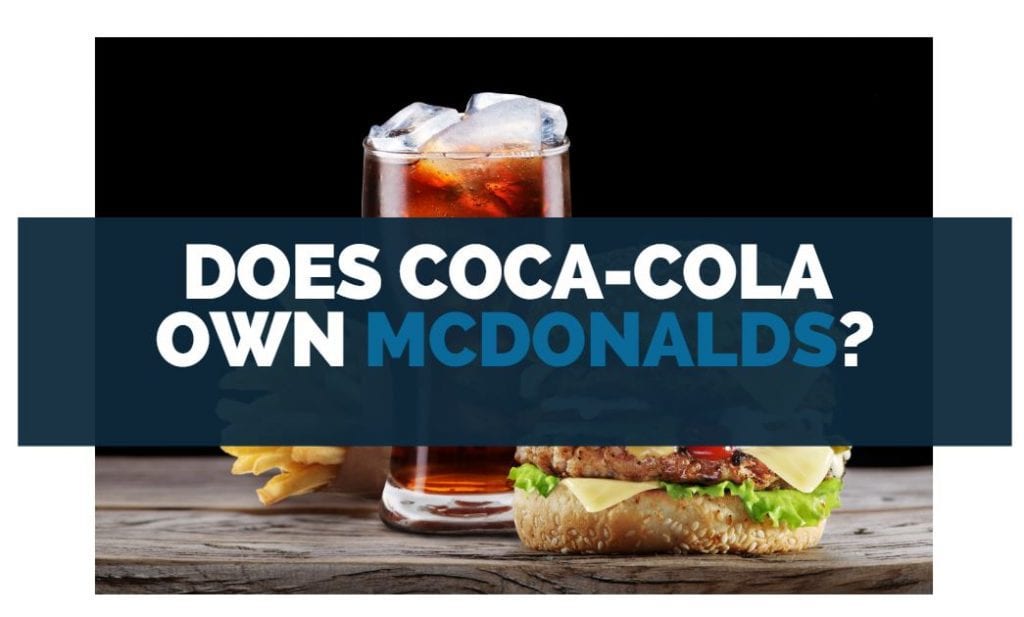 Coca-cola is available at McDonald’s worldwide and we all know it tastes better there too.  And this leads to an age-old question:

Does Coca-cola own McDonald’s or is it the other way around?

No. Coca Cola does not own Mcdonald’s however the relationship and ultimate partnership between the two companies has been long and successful.

Their relationship has only grown stronger since then.

The two companies have worked together to grow their empires to what they are today, globally recognized brands.

Wherever one goes, the other is not far behind.

This partnership has served both companies well.

Coca-cola company is the largest beverage company in the world and McDonald’s is the world’s leading fast-food company.

Having a burger with coke is a very common thing around the world.

It is likely that neither company would be where it is today if not for this pairing.

They operate exclusively together, Coca-cola sells its product to McDonald’s cheaper than they do to any other restaurant and they often collaborate on projects.

It was Coca-cola that advised McDonald’s on the Extra Value Meal.

Coca-cola makes products that you can only purchase at McDonald’s before putting them on other shelves.

They also have developed a unique delivery and quality system to build their relationship.

This unique delivery system is one of the key factors as to why people insist that coke at McDonald’s tastes better than it does anywhere else.

They work together in a mutual partnership.

They share a common vision and goal. Both companies advise the other, knowing the success of one means success for the other.

This partnership was initiated by the founder of McDonald’s and has continued ever since.

Their partnership is so strong that it is difficult to see one company without the other, in terms of visibility, success, and partnership.

How Much Does McDonald’s Pay for Coke

It is unknown exactly how much McDonald’s pays for Coke.

We do know that Coke charges less for its products for McDonald’s than any other restaurant.

This was an agreement made when the companies began working together.

This evidence an important aspect of the partnership between the two companies – that they want to work together. 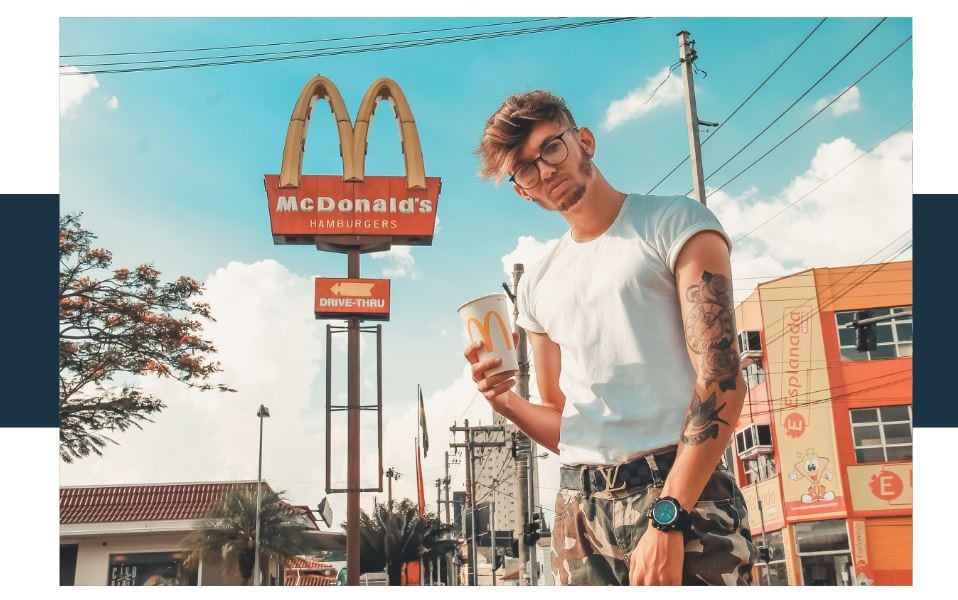 It is important to keep in mind that in companies this large, money will flow both ways.

When one company does well, so will the other company.

It does not matter so much who pays who because it is an investment on both ends to keep the partnership going.

As long as these companies are connected in people’s minds as a partnership, it serves both of them to continue to work together.

The two companies are more interested in maintaining a positive relationship that will benefit both companies and allow them to grow.

The result of that relationship is you can’t think of one without the other in terms of worldwide success and popularity.

Coke is also known for the taste that its product has that only McDonald’s has.

You can’t get the Coke that’s sold at McDonald’s anywhere else.

So if you want that special taste, you need to go to a Mcdonald’s.

This is an example of the mutually beneficial relationship that they have built together.

What Companies does Coke Own?

Along with working alongside McDonald’s, Coca-Cola is its own company and works to maintain its value on its own merits.

Coca-Cola company owns a number of other companies and products to grow as a company.

These companies make sure that Coca-Cola stays competitive among beverage brands and also offers more opportunities to connect with McDonald’s on more products and services. 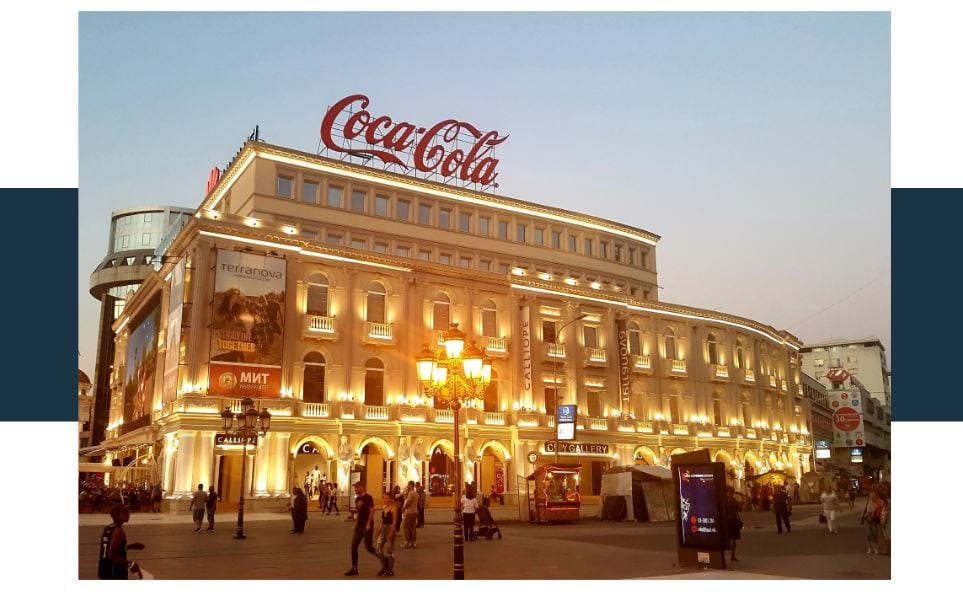 As a drink company, Coca-cola certainly wants to know what is going on with other beverage companies and own some to diversify what they offer.

As a result, Coca-cola owns Minute-Maid, a juice company, and Costa Coffee.

They also own Monster, a popular energy drink company.

Even though Coca-cola is a sugary drink company, it also is interested in companies that promote health and wellness products.

They also own Honest Tea, an organic tea company, and Energy Brands, which focuses on bottled water products.

By owning these two companies, Coca-cola can also have a business in health and wellness, which will help it grow.

Owning these companies also helps with their partnership with McDonald’s as they can sell more products in McDonald’s.

They can also pass what they have learned from selling and working with these companies to help McDonald’s, and by proxy themselves, grow.

How To Make McDonald’s Coke?

It’s a commonly held belief that coke at McDonald’s tastes better than anywhere else.

It could be the atmosphere of the fast-food joint or something else in your mind.

But now we know that the McDonald’s Coca-Cola tastes better because they work to make it that way.

When coke is delivered to McDonald’s it’s different than when coke, and other sodas, are delivered to other restaurants.

Most of the time soda is delivered in plastic bags, which can allow for the soda to get damaged.

After the syrup is delivered, each McDonald’s filters their water through an advanced filtration system.

This ensures that the coke will taste the same no matter what McDonald’s you’re at or where.

Even if a location has a different filtration system, it will not matter at McDonald’s. 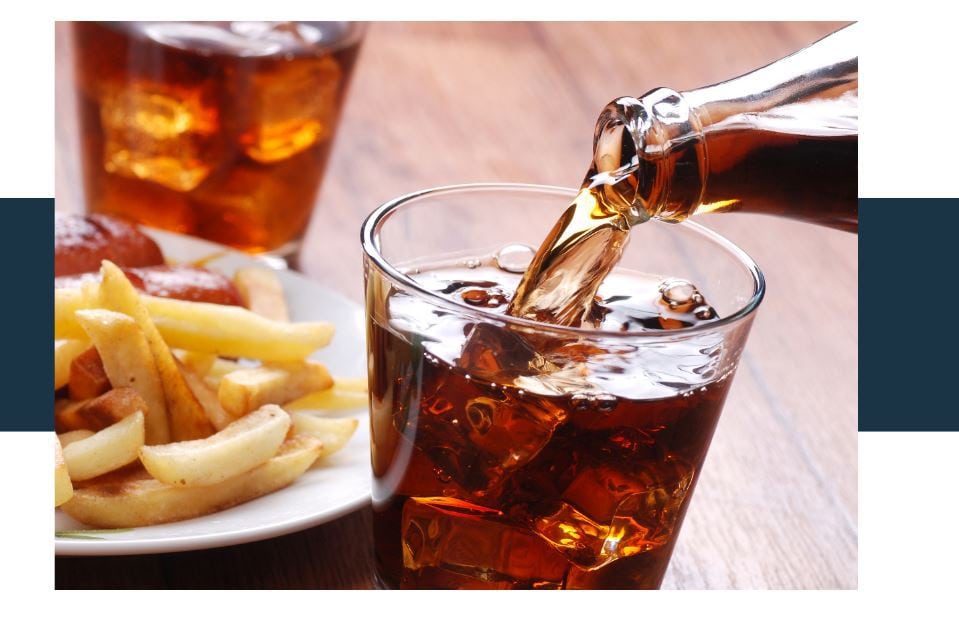 McDonald’s also chills their syrup and soda water, even as it’s ready to be used. The soda dispensers have insulated tubes to keep both the soda water and the syrup as cold as possible before it’s served.

Other places depend on the soda dispensary to keep their drinks cool, but McDonald’s takes no chances.

This cold water also keeps the soda fizzy. When soda warms up that means that the carbonation increases and you lose the fizz in your drink.

By keeping the drinks colder for longer, the fizz and the flavor stay in the drink.

McDonald’s as a food giant also takes care of its water to soda ratio, to make sure that the coke doesn’t get watered down after it’s served.

McDonald’s puts more syrup in your drink so as the ice melts, your soft drink doesn’t get watered down.

The straws at McDonald’s are also wider than they are at other restaurants.

This way the coke taste can hit all of your tastebuds at once and spread the flavor equally across your tongue.

All of these factors matter when comparing the taste of a McDonald’s coke to coke from anywhere else.

At every step, Coca-Cola product and McDonald’s makes sure that there is nothing that can hinder the experience of enjoying a quality coke with your burger.

After all, you need a coke to go with your McDonald’s burger.

Only McDonald’s and Coca-cola know for sure what the next steps are in their partnership.

They have worked together for over 60 years, and they are always making sure that the future will expand both their businesses and their partnership.

No matter what is next for these two companies, it will be sure to benefit fans of Coca-cola and McDonald’s as these global brand behemoths don’t look like stopping anytime soon.