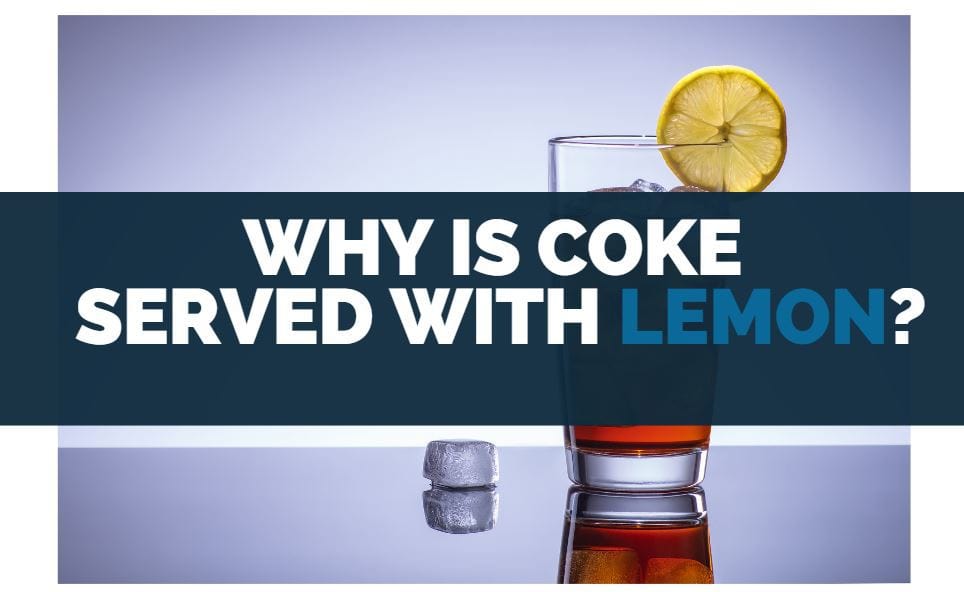 For many people, drinking Coca-Cola regularly can become dull and stale, leading many (including restaurants, bars, and cafes) to add all kinds of things to freshen up their sodas, like slices of lemon slice now and then. It becomes a refreshing drink.

So why is Coke sometimes served with lemon?

A slice of lemon is added to a Coke to make it taste fresher by adding an extra citrusy taste; it can significantly boost the flavor profile of Coca-Cola.

The human tongue is remarkably sensitive to citrus and citric acids, so adding fresh lemon slices to a cold glass of Coke is a refreshing experience slightly different from that straight from the bottle or can.

“Regular consumption of these ingredients in the high quantities you find in Coke and other processed foods and drinks can lead to higher blood pressure, cardiovascular disease, diabetes, and obesity.

However, drinking Coke with lemon may or may not be that common, depending on where you live. For example, regular Coke is usually not served with a lemon in the U.S., although Diet Coke often is.

The reason why is that Diet Coke has a lighter flavor, so people like the extra lemon to add a bit of tart acidity to the drink and make the taste more pronounced.

In a country like Brazil, drinking regular Coke with lemon is more or less the norm. If you go to a restaurant in Brazil and order a Coke, the server will probably bring you a few fresh lemon slices to go with it.

Other places in the world are similar.

Coke with lemon is a popular enough mixture that the Coca-Cola Company has a specific brand of Coca-Cola with Lemon that they released in 2001, and it is also named Lemon Coke.

Slice of lemon with Coke is not as popular as it used to be when it came out, but you can still find it in Coca-Cola vending machines or in those Coca-Cola freestyle fountain machines that are becoming more common in restaurants.

What Happens When You Drink Coke With Lemon? 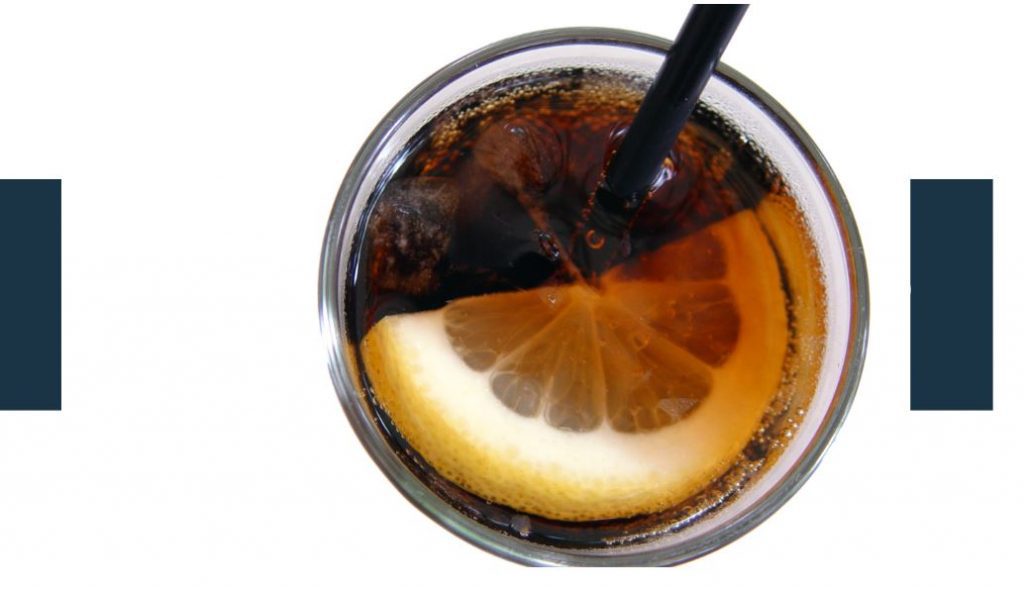 Aside from slightly changing the taste, nothing happens when you drink Coke with lemon.

People drink Coke with lemon mainly because it adds a nice citrus kick to the drink and makes it taste fresh!

As we said earlier, the human tongue is particularly attuned to citrus flavors, including citric acid. We have a set of taste buds on our tongues designed specifically for tasting citric compounds.

One potential reason is that early human diets consisted of a lot of fruit.

Over time, humans evolved a particular sensitivity to citrus fruits so we could better tell when they were ripe and prime for consumption.

For example, if you have ever eaten an unripe orange, it can taste bland and not sour. Citrus taste buds help us pick which fruits are worth eating, which is helpful for survival.

Coca-Cola is already reasonably acidic, so adding lemon does not change the acid content of the drink very much.

But it does add a nice flavor that many people love. 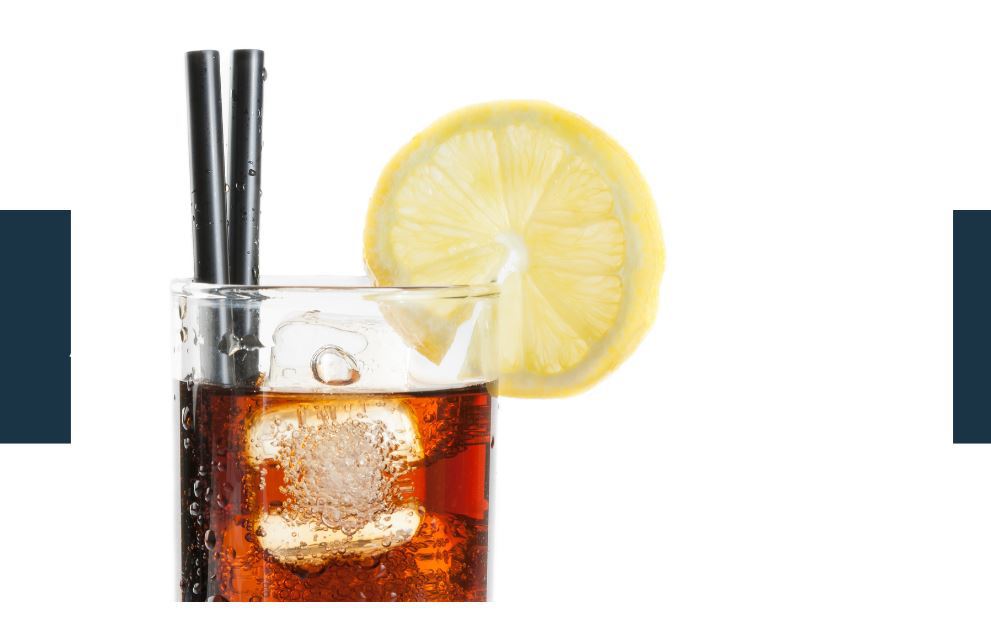 So you’re probably wondering, are there other benefits to drinking Coke with lemon?

While there are no real scientific studies on the matter, common sense and anecdotal experience can give us an answer.

First off, lemon juice is known as an excellent source of vitamin C.

Vitamin C is an essential molecule that performs several beneficial roles in the human body, such as strengthening our immune systems.

Many take lemon juice if they have a cold, as the extra vitamin C can help them overcome their illness quicker.

Lemon juice is also a good source of hydration.

There are no harmful effects of lemon juice. Lemons include many vitamins and nutrients that can provide a boost to your body. Lemons are a good source of Vitamin C. Treatment with lemon juice includes promoting immunity, battling an infection, and healing. One lemon provides about 31 mg of Vitamin C, according to the U.S. Department of Agriculture’s FoodData Central.

The dose of lemon juice per day should be controlled.

This is not because lemon juice hydrates you, but it can make liquids tastier, so you are likely to drink more and get more hydrated.

For example, when constipated, many people drink hot water with lemon, giving them healthy bowel movements. Carbonated water is also commonly touted as a solution for an upset stomach, so adding lemon juice to your carbonated Coke augments that effect. Lemon juice is good for your health and cleans your digestive tract.

Lastly, some evidence suggests that lemon juice can help prevent kidney stones. Overconsumption of Coke and other sodas that contain high-fructose corn syrup is associated with the formation of kidney stones, so a bit of lemon juice may be able to reduce that risk slightly.
Studies show that high fructose corn syrup increases your appetite and promotes obesity more than regular sugar.

According to the analysis of clinical trials evaluating fructose intake, 25-40g of fructose per day is safe.

Downsides to Drinking Coke With Lemon 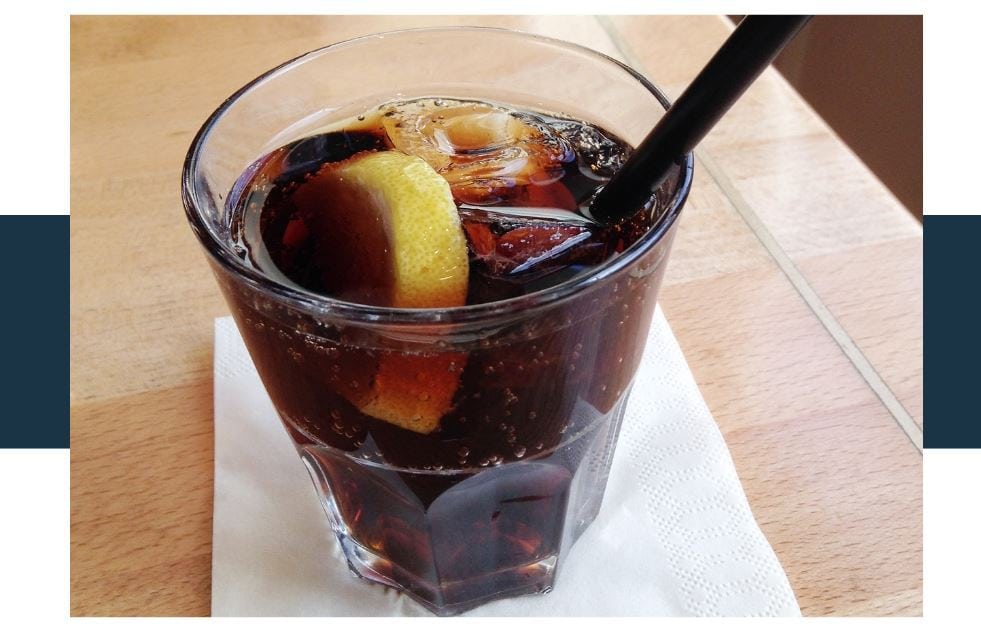 However, drinking soft drinks like Coke with lemon may not always be a good idea.

More specifically, lemons used in bars and restaurants are dirty and often riddled with microbes and bacteria.

Studies have shown that lemon slices served in restaurants are likely to have many bacteria on them.

However, it is relatively unlikely that anyone would get sick from these “contaminated” lemons. Despite what many people may think, most bacteria are entirely harmless to humans, and some are good for you.

But still, some people would prefer not even to risk it, so it might be a good idea to hold the lemon next time you order a Coke in a restaurant.

If you still want that lemony goodness in your soda, you can always grow your lemons and add them to your drink. If you properly wash and prepare your lemons, they should not pick up any bacteria or microbes.

DrinkU.S.g Coke with a slice or two of lemon may not be very common in the U.S., but it is practically standard in other parts of the world.

Adding a slice of lemon to your Coke can give it an extra dash of citrus flavor that many people find appealing. Lemon soda fresh may also have some additional benefits for the body.

Of course, there is no right or wrong way to enjoy Coca-Cola, so whether you like or dislike lemons, get ahead and enjoy your Coke the way you want.