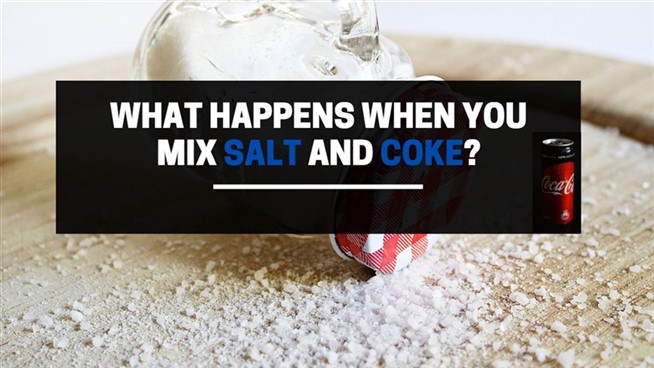 If you’ve ever wondered what really happens when salt and Coca-Cola Coke get mixed together, you’re in luck.

We are here to finally resolve that mystery.

So what happens when you mix salt (active ingredient) and Coke together?

It explodes. The mix fizzes a lot and foams out of the flat soda bottle, overflowing like a geyser.

The foam fountain that shoots out may reach a peak height of 6 to 8 in. So the YouTube videos with foam shooting 2 or 5 feet into the air are an exaggeration.

Let’s get into the science behind this incredible phenomenon and explore it in depth.

The reason why the salt mixed with the Coke creates such a foamy, explosive mess is that it undergoes a reaction known as nucleation.

Because the drink is carbonated, it contains carbon dioxide gas to make it fizzy and bubbly.

However, some of the carbon dioxides come out of the solution and go into the air above the liquid.

This is why you can observe bubbles forming in the Coca Cola Coke and rising to the surface of the soda, and this is also why bottles of soda that have not yet been opened are hard because the gas within the bottle creates a high-pressure environment.

When you open a bottle of soda and pour some into a glass, you can see many carbon dioxide gas bubbles forming in the soda that bubbles up to the surface of your drink.

When salt is poured into the soda, each grain of salt provides a series of rough surfaces on which carbon dioxide can come out of the solution and form numerous bubbles. 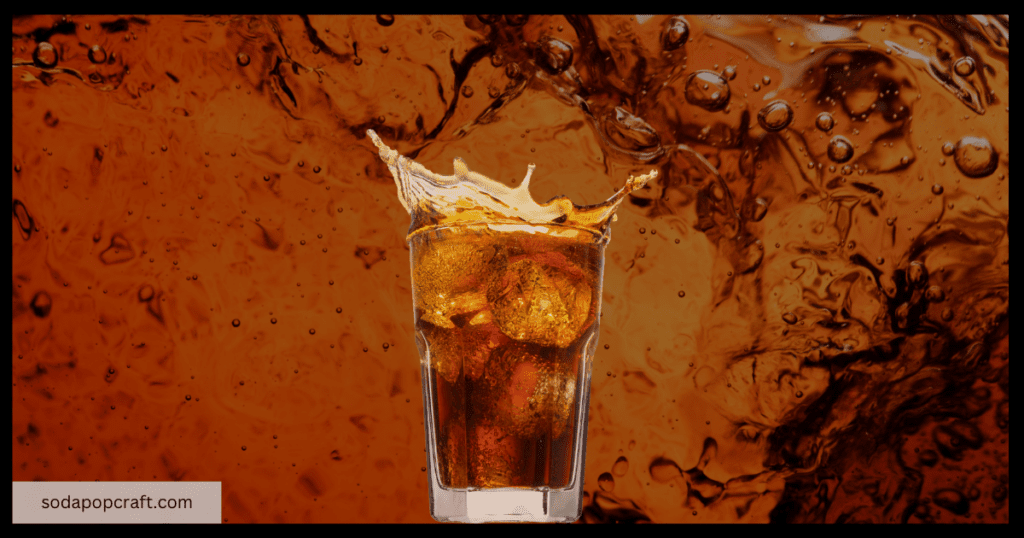 What makes coke explode besides mentos?

Each grain or crystal of salt is rough and has a lot of surface area on which multiple carbon dioxide bubbles can form.

As more bubbles form and cling to the surfaces of the salt crystal, the carbon dioxide gas bubbles become more and more buoyant.

That effect is multiplied by the number of grains that are poured into the bottle of soda (which is a lot of crystals of salt), resulting in an enormous number of tiny carbon dioxide gas bubbles gaining more and more buoyancy, thus increasing pressure and seeking to rise to the surface.

As the carbon dioxide bubbles rise to the surface, they push all the soda in the way to rise up as well, creating a foamy geyser effect that shoots up out of the bottle and overflows to the surrounding area.

Thus, the nucleation that takes place during the reaction of the salt with the Coke is the rapid changing of dissolved carbon dioxide gas (in solution) into all the carbon dioxide gas bubbles that form on or around the surfaces of the thousands of crystals of salt that are poured into the Coke.

What Do You Mix with Coke to Make It Explode? 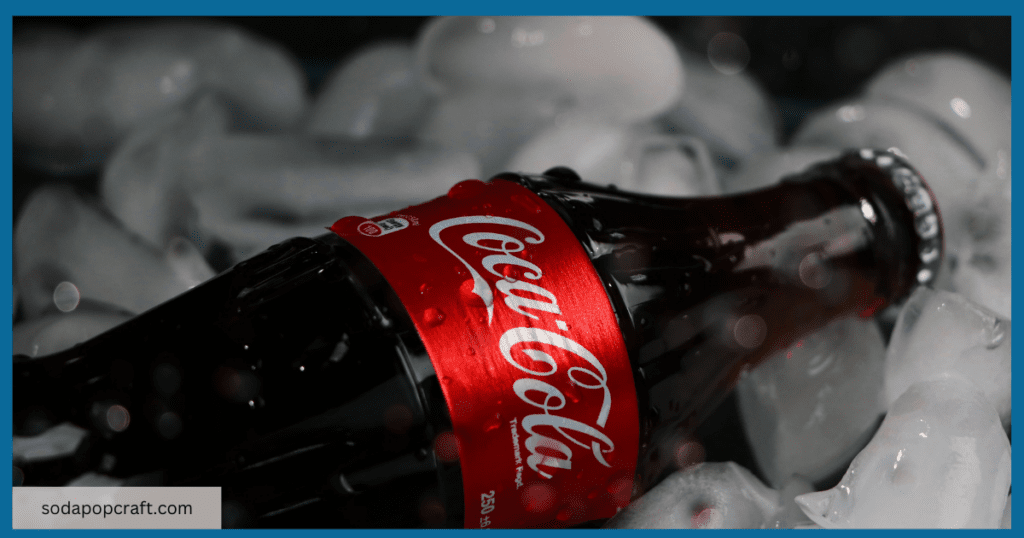 benefits of drinking coke with salt

So, besides salt in coke, what else can you mix with Coke in order to make it explode? Putting Mentos candy into a bottle of Coke produces a similarly impressive reaction. 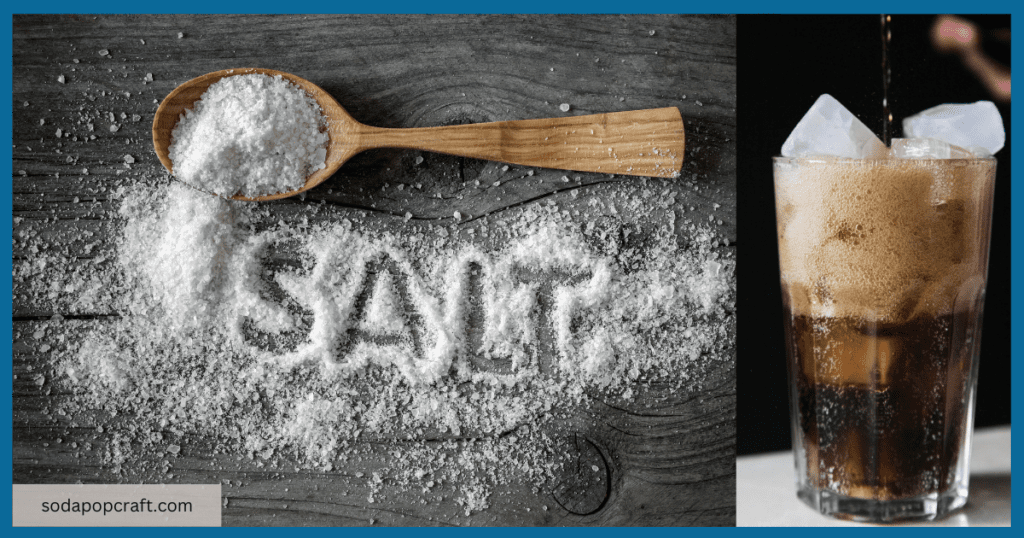 coke and salt for upset stomach

Note: Using Diet Coke in this reaction also creates a much taller, more explosive geyser than using regular Coke, because the aspartame used in Diet Coke gives the liquid lower surface tension than the sugar used in regular Coke.

Diet Coke produces a much larger explosion overall, whether you use Mentos candy or salt for the reaction. Foam geysers as high as 10 meters have been reported with the use of Diet Coke.

Can I Take Coke And Salt For Diarrhea? 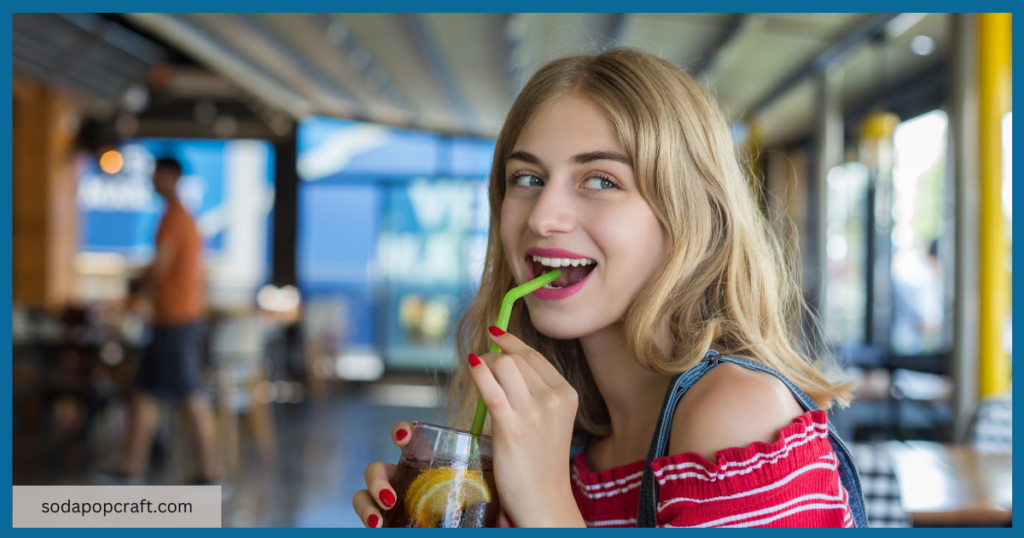 You may have heard that drinking soda with grains of salt is a good way to replenish your fluids if you are suffering from diarrhea.

It is true that drinking flat soda or flat soda with some salt added to it will prevent you from becoming dehydrated by replacing your fluid and electrolyte balance.

However, it matters what kind of soda you drink.

Coke contains caffeine, which research has shown may actually worsen your diarrhea symptoms.

Thus, it is not generally advisable to try to drink Coke or Coke with some salt or flat soda added in order to cure your diarrhea or stop you from being dehydrated. You run the risk of worsening your condition.

In order to keep yourself from being dehydrated, try to drink flat Sprite or flat 7UP instead, which does not contain caffeine.

You can add a bit of salt to one of these types of soda in order to aid in restoring your electrolyte balance.

Why Do People Put Salt in Coke and Bottles of soda? 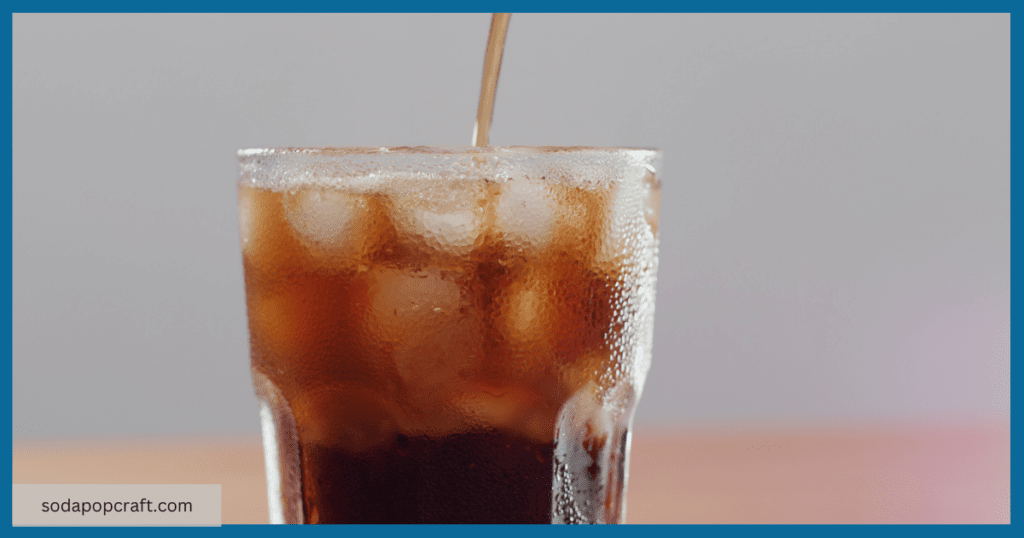 People may put salt in soda in order to watch it explode and foam up, as was described earlier.

However, let us assume that these people are not looking for this particular nucleation reaction which results in a geyser of soda or cold soda.

The simple answer as to why people put salt into soda is that it makes the soda flat very quickly.

The nucleation reaction which was described earlier quickly gets rid of most of the carbon dioxide in the soda (by releasing it in the form of many bubbles which foam up and create a geyser).

Putting some salt into soda gets rid of the carbonation and allows it to be drunk flat, which may be necessary for some who have an upset stomach.

Also, salt in the soda will aid in restoring proper electrolyte balance and Blood Pressure for those who are suffering from diarrhea.