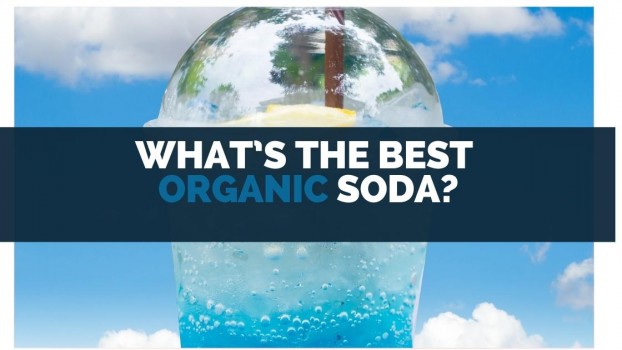 I love Soda, but we know many of them are loaded with many grams of sugar and artificial sweeteners and are generally not that healthy.

So, I started looking into organic sodas and what brands were the best, and here’s what I found

Blue sky and Oogavé are, in my experience, the best organic sodas available, mostly because they have the widest range of natural and artificial flavors and are sweetened without natural sugar.

Remember, the term ‘Best’ can be subjective and will come back to which one you personally think tastes the best.

There are around 10 organic sodas, and they have various pros and cons.

Below, I’ll explain the main pros and cons of each, as well as some important health information about drinking organic sodas.

Pros and Cons Of The Top Organic Soda Brands

According to their official website, their founders started the company by making deliveries by van around town.

Their unsweetened flavors are made with stevia leaf extract.

And their unsweetened flavors contain zero calories, which is great for weight loss.

So, you can’t buy large bottles.

Canned beverages and soft drinks are known to leach chemicals into the drink, which can cause health issues, as I showed in Canned Kidney Beans. Good for You?

Oogavé sweetens their drinks with an Agave extract known as aguamiel in Spanish, which translates as ‘honey water.’

Agave is native to the Americas and looks similar to a pineapple plant, but it grows differently.

According to Oogavé, the agave nectar is processed more slowly in the body, which means you don’t get the sugar high and subsequent crash that you get from raw sugar.

Additionally, they have a wide range of flavors, and many unique and interesting flavors, including:

This means you have to buy in bulk.

Not a bad thing if you love the soda or sparkling water.

It makes it more difficult to try the different flavors to see which one you like.

Bionade is a German brand invented by Dieter Leipold in the 1960s.

According to their website, it’s flavored with sugar but contains on average 30% less sugar than similar sodas.

They don’t have a wide range of flavors, and all of their sodas are fruit flavors.

This means they don’t make cola and root beer.

Galvanina is an Italian based company and has won various sodas awards.

Including the London Bellavita Award in 2019 for their Ginger Beer, where they won best overall soda.

And they won the best flavor of the year in the 2018 French Saveur de l’Année awards.

They have been around since the early 1900s, mostly specializing in mineral water.

But, in the 1980s, they began producing flavored sodas.

Their mineral water is sourced from a spring that was well known since the Roman era.

They make a wide range of products, including flavored mineral waters and tonics – which, as you may be aware, are used in cocktails.

They have over 17 flavors of organic soda, including cola and fruit juice flavors such as orange, pomegranate, grapefruit, and ginger ale.

I couldn’t find any bad points about this brand of organic soda.

However, they don’t provide an ingredient list for their sodas, so I couldn’t find what sweetener they use in their sodas.

Wewi is a Brazilian based company that started in 2014.

They were born out of a desire to drink soda with pizza and burgers, but the creators didn’t want to consume standard sodas with a lot of preservatives and artificial ingredients.

They focused more on natural ingredients and natural soda.

They offer a unique drink that is guarana flavored.

As you may be aware, guarana is a natural stimulant that increases energy and focus.

So, it is a healthier soda.

They currently only offer three flavors of soft drinks:

However, they make sparkling tea and tonic water.

They are quite a new company, so their distribution isn’t as widespread as some other sodas on this list.

Simple Organic is made by Greenstone Drinks Co., an Australian beverage company.

The company is part of the 1% for the Planet and donates 1% of its revenue to environmental non-profits.

According to their website, they have 35% less sugar than other similar sodas.

They don’t have as many flavors as some other organic sodas.

They are also only available in Australia, and parts of Asia

What Is The Healthiest Soda? 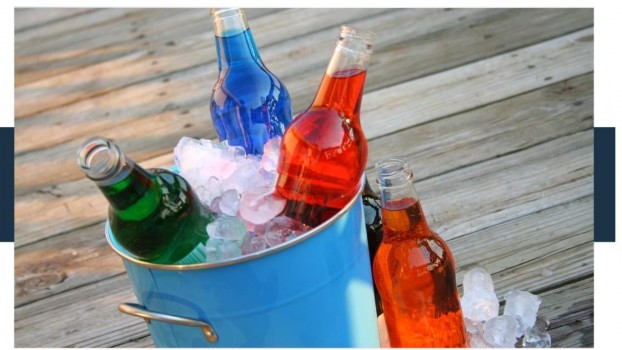 The healthy soda don’t use sugar as a sweetener.

As shown in this study, carbonated beverages containing sugar are correlated with developing Type 2 Diabetes.

The results were based on comparing people who drink one soda a day compared to those who didn’t drink soda.

Still, the researchers said that the results had a bias, and therefore the results for artificially sweetened and fruit juice sweetened sodas aren’t conclusive.

This study also shows that diet sodas aren’t better for you than sodas made with sugar.

The organic sodas on this list that AREN’T sweetened with sugar, or artificial sweeteners are Blue Sky and Ooogavé.

What Is A Good Replacement For Soda? 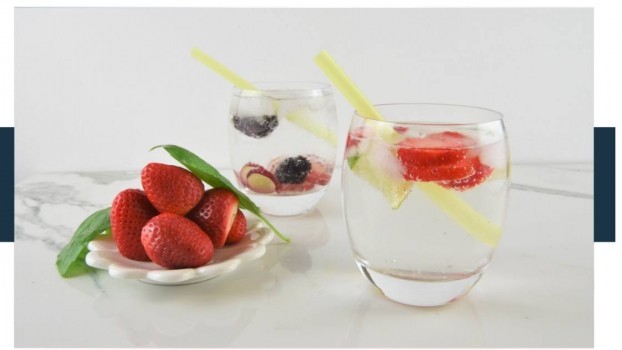 Sparkling water flavored with sweet fruit juice is a good alternative to soda.

They have the same mouth as regular soda but don’t contain sugar or artificial sweeteners.

As you may be aware, humans are habit-forming creatures.

There have been many interesting books about this subject, such as Habit and Atomic Habits’ Power.

Which reveals that habits form the large majority of our daily actions.

So, in my opinion, once you replace soda for a few weeks with another drink, you won’t miss soda and won’t have any desire to drink it.

I personally found this to be the case, when I quit drinking soda.

To sum it up, Blue Sky is the best organic soda, followed in close second by Oogavé.

They have the biggest range and don’t sweeten their sodas with sugar or artificial sweeteners.

All of the brands on this list are certified organic in their respective countries and include Bionade, Galvanina, Wewi, and Simple Organic.

Some of them are sweetened with sugar, though, and you don’t want to drink them too regularly because it can lead to health issues.