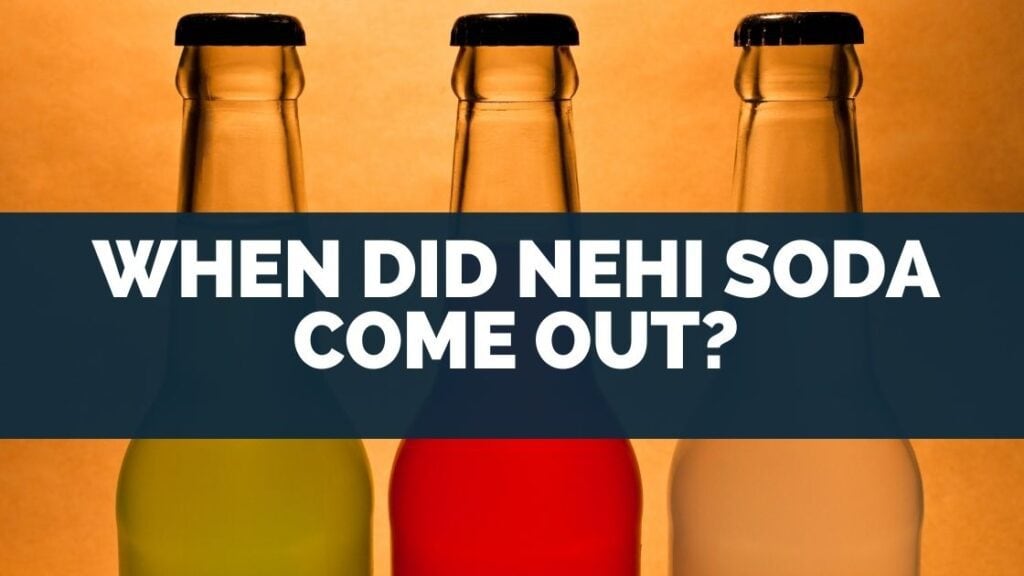 I’ve been learning about the history of many sodas across the globe and came across the Nehi brand of sodas.

I wanted to know when it first came out so I did some research and here’s what I found.

Nehi Soda was first sold in 1924 by the company Union Bottle Works/Chero-Cola.

Interestingly, this was before the invention of the most popular fruit soda in the world – Fanta which was first sold by Coca-Cola in 1940.

In this article I will be looking at everything there is to know about when Nehi soda first came out, and whether it’s still sold today.

Is Nehi soda still made? 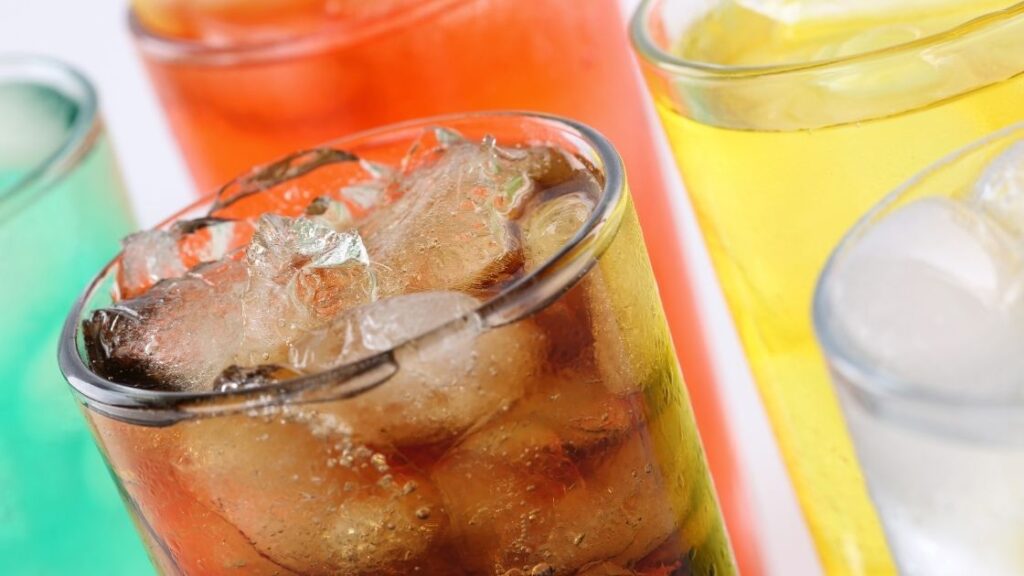 Learning about a soda is a little bit boring if you never get to taste it so I was wondering where I can get my hands on a bottle but can you still get Nehi soda?

There are a few places you can buy Nehi soda and it is still made today.

You can buy it on Amazon, or on online soda stores.

There are 3 flavors of Nehi soda – grape, peach, and orange.

Nehi cola also used to be available, however, there isn’t anywhere you can buy it based on my research.

You can find vintage bottles of Nehi on Ebay.com.

As well as, unopened cans of Nehi sodas.

Interestingly, the cans don’t have the standard pull tab that you find on a regular can of soda today.

And instead, you needed to open it with a can opener. 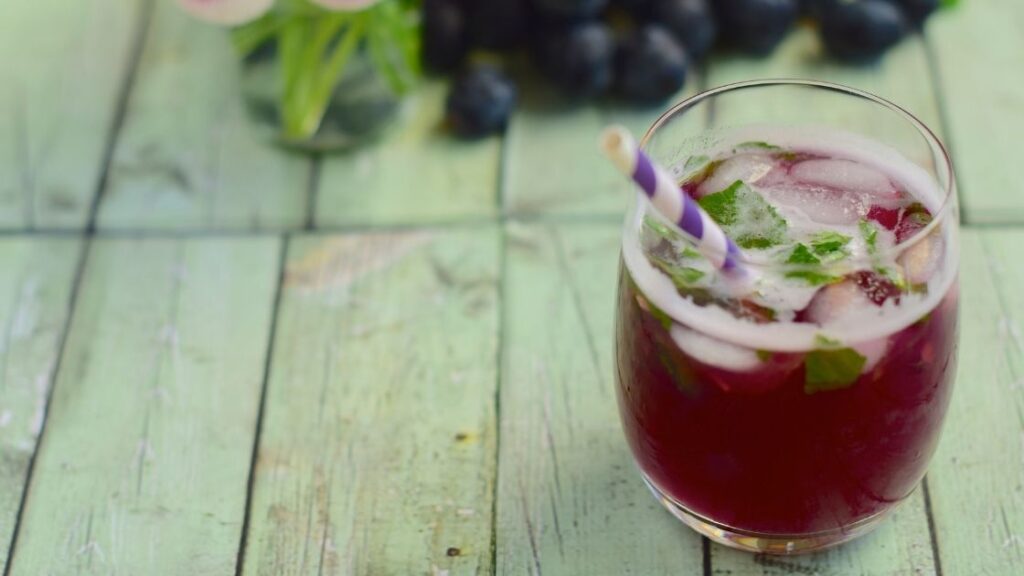 Coca-Cola and PepsiCo have hundreds of different brands of sodas, juices, and water.

Nehi grape soda is made and owned by Keurig Dr Pepper.

Keurig Dr Pepper is the 3rd largest soda manufacturer in the USA and accounts for around 20% of the total soda sold in the USA.

Previous to being sold to Keurig Dr Pepper, Nehi soda was made by the company that makes Royal Crown (RC) Cola.

RC Cola is a well known brand, however, based on most people’s opinion online and in videos it doesn’t taste as good as Coke or Pepsi.

Royal Crown the company is still around today, however, they only account for a small percentage of the total soda market.

Can you still buy Nehi soda? 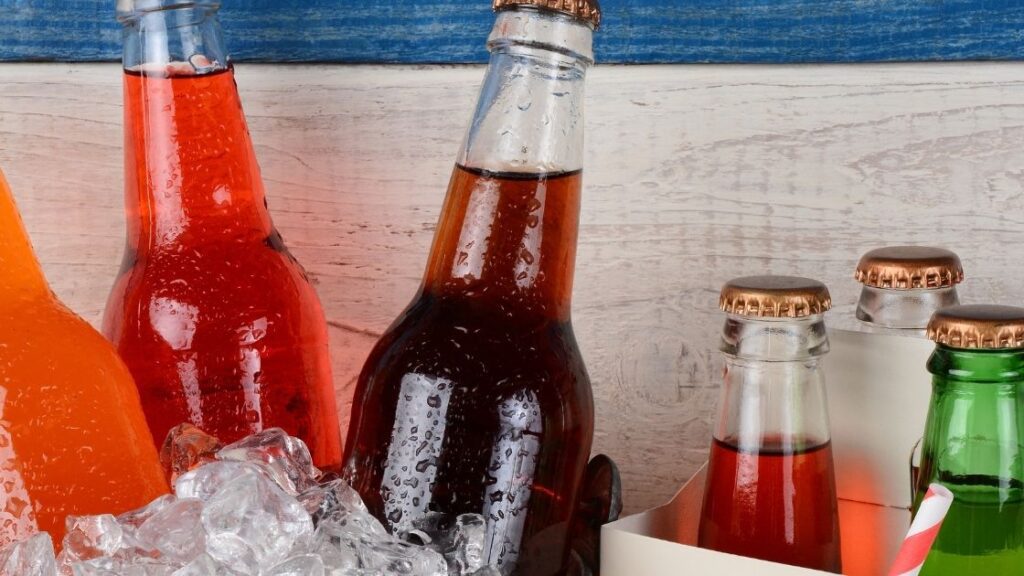 Nehi soda is a rare soda and not one you’d normally see in the fridge at the supermarket, or convenience store.

But, can you still buy Nehi soda?

There are 2 places you can buy new Nehi soda, on Amazon or online at a range of speciality soda stores online.

Currently, there aren’t any physical stores where you can go to buy Nehi soda.

You can also buy vintage bottles of Nehi soda on Ebay.

Most popular sodas today will have a dedicated website where they will list all of the locations you can buy it, with a map.

However, Nehi soda doesn’t have one of these.

It is listed as one of the brands of Keurig Dr Pepper.

And is still currently sold, however, it doesn’t look like it’s the most popular soda.

Due to the abundance of similar sodas on the market today, you could try a tonne of different sodas before ever coming across Nehi soda! 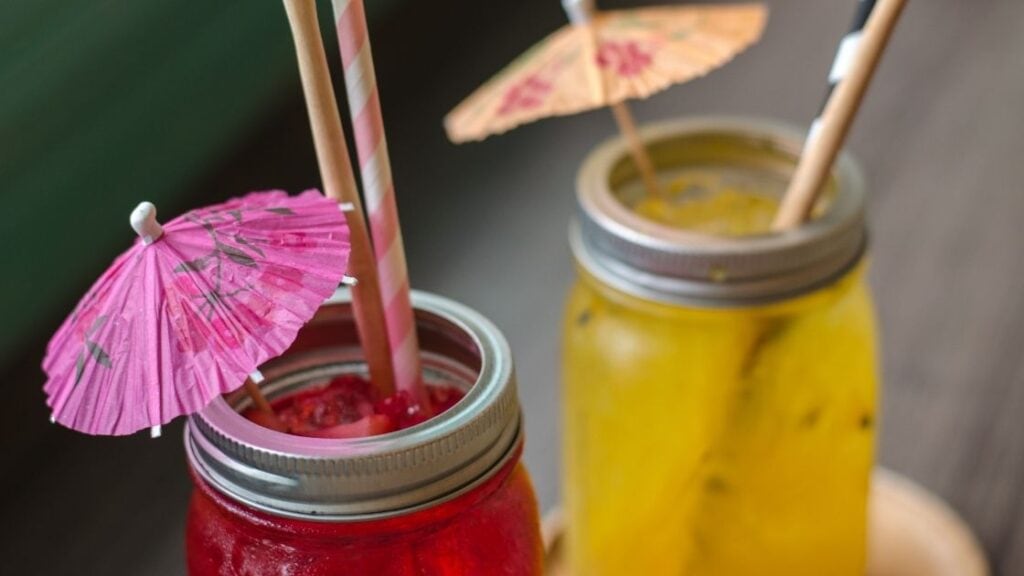 You may be wondering whether Nehi soda is different from other fruit-flavored sodas like Fanta, and Crush.

So, what are the main differences between Nehi soda and other sodas?

As a whole Nehi soda was one of the first fruit flavored sodas.

And was invented before Fanta and other well known fruit sodas like Sunkist.

Therefore, it is only unique because it was one of the very first fruit-flavored sodas.

Nowadays, there are many different fruit sodas that are virtually identical to Nehi.

Here’s a quick table that shows a comparison of the nutrients in Nehi soda compared to the most popular sodas today:

As you can see, Nehi soda has around the same sugar and calories as Pepsi and Dr Pepper, however, Coca-Cola is unique in that it contains a lot of sugar.

Based on my extensive research of different kinds of sodas the amount of sugar and calories in Nehi soda is about average.

Where was Nehi first made? 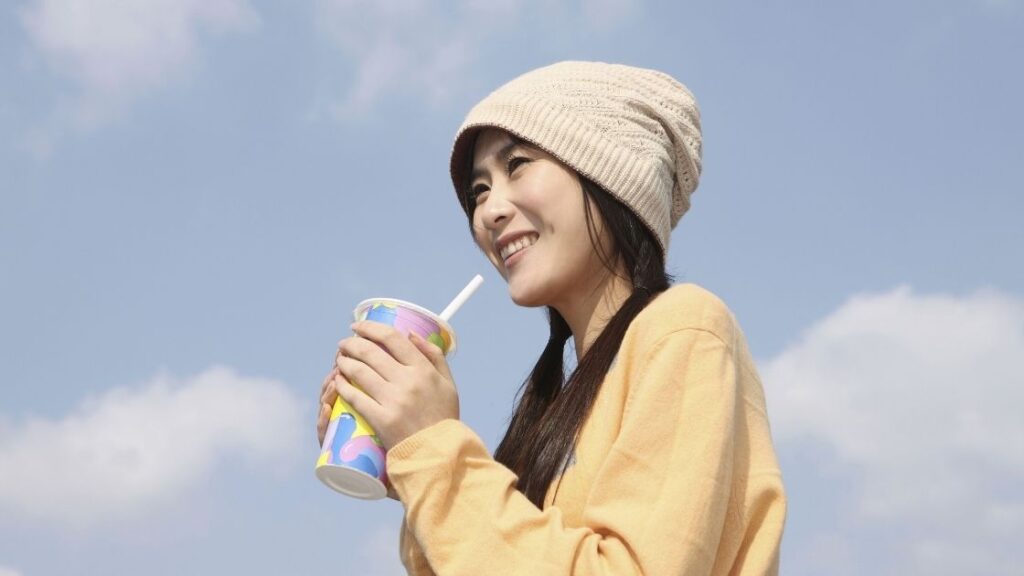 Nehi has an unusual name and it doesn’t give any hint about where it’s made. So, where exactly was Nehi first invented?

Nehi was first made in Columbus, Georgia. Georgia is a State in the USA, not to be confused with Georgia, the country in Eastern Europe.

It was first bottled in the 1920’s some 30 years after the invention of Coca Cola.

But, before the invention of Fanta.

Columbus, a city in the State of Georgia has around 200,000 residents and is located inland in the south east of the USA.

How did Nehi get its name? 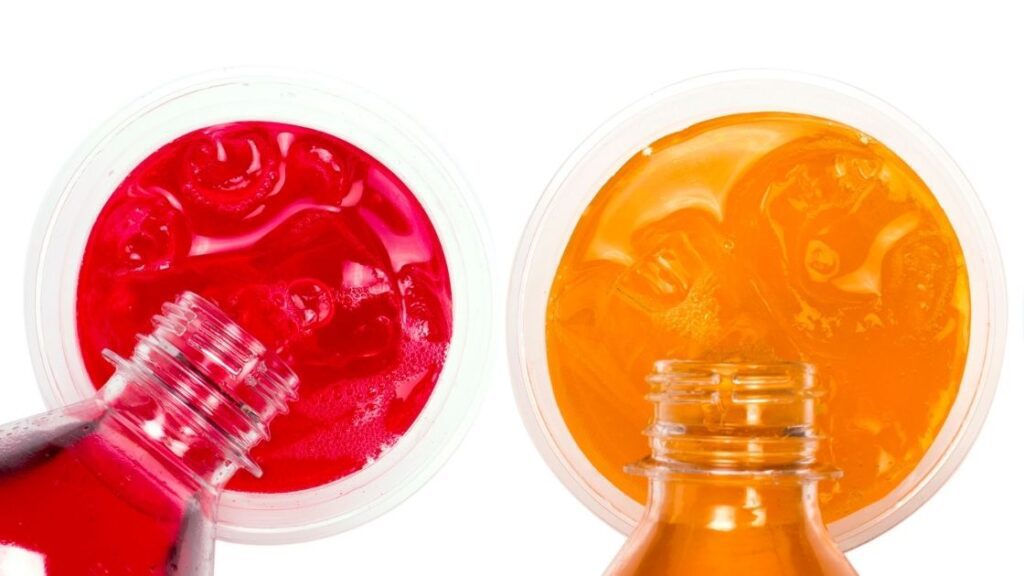 The name Nehi is quite unusual and doesn’t really say what this soda is all about.

I wondered how Nehi got it’s name, here’s what I found.

The name Nehi is thought to have been given to the soda to resemble the two words ‘knee high’.

Apparently, the owner of Nehi overheard a salesperson say that some competitors’ bottles were knee-high.

And liked the way it sounded.

He later named the drink Nehi rather than knee high.

It appears a lot of popular sodas today were named with unusual names such as Sprite, Fanta, and Pepsi.

So, Nehi fits right in.

When was Nehi discontinued? 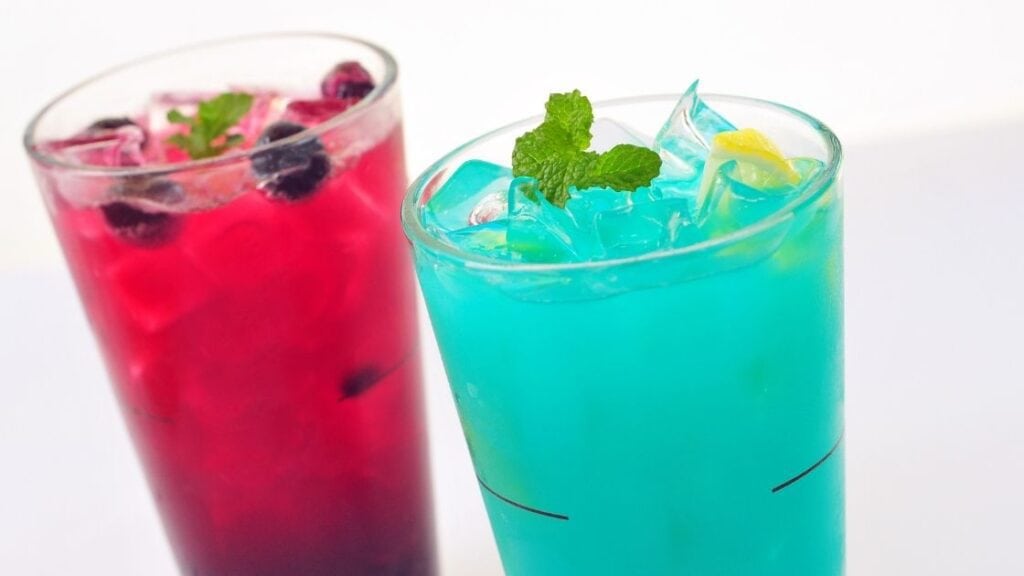 Although you can still buy Nehi, some people were of the opinion that it has been discontinued.

As a whole Nehi is not discontinued.

You can still buy new bottles of it online, and it is still listed as one of the official brands of Keurig Dr Pepper.

It’s common for some sodas to be promotional and come and go.

But, Nehi has been around for a very long time, and so far isn’t going anywhere.

Nehi used to make a Nehi cola, though, and it is no longer made and has been discontinued.

There isn’t any information about when it was discontinued.

Common sodas that come and go are those that are specific flavors of popular sodas.

Various soda flavors are also only available in certain countries.

As far as fruit flavored sodas goes Fanta is the most popular by far.

And the most popular flavor is Fanta Orange.

I did a full breakdown of the Fanta flavors that are available in each country and what the top flavors are.

You can read it here, what is green Fanta?

There you have it, everything you need to know about Nehi soda.