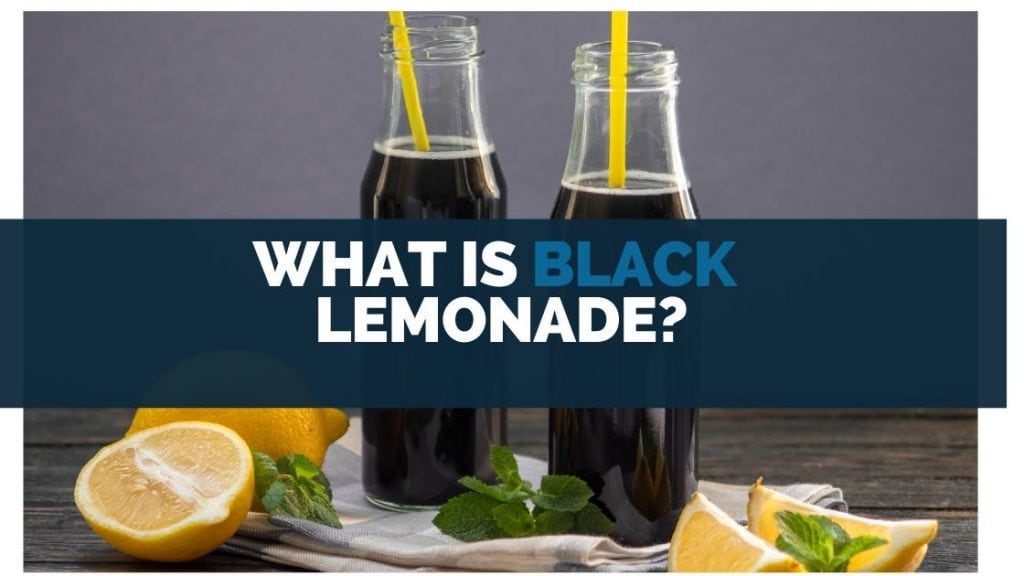 Liquid sunshine as black as coal rolled into one.

That, in essence, is what Black Lemonade is.

Lemonade made black by adding charcoal.

The best version of lemonade has to be small batches of the original recipe of freshly squeezed lemons mixed with sugar and water.

By adding activated charcoal into the mix, it turns into what looks like the dark side of lemonade.

Also known as Charcoal Lemonade, it is a drink that promoted well-being, which was captured on Instagram as a cool, current, and very comely prop on camera.

It became an overnight star.

Trending within the last decade and still buzzing as an in-fashion accessory for the health-conscious, or by those looking to be seen with the current craze in their hand.

Labeled as a niche health drink that detoxifies and aids digestion, as well as a string of other beneficial health features.

Along with charcoal-infused foods such as ice cream, macarons, pancakes, burger buns, and drinks including water, cocktails, and lattes.

These not-so-healthy but in-demand specialties all fell into the category of being very goth.

With its scary, sultry shade of black, it’s no surprise Black Lemonade has been a choice drink at adult Halloween parties.

Charcoal was also a very popular color in 2020 and so continued to also be the in-thing to drink, especially with those who were still on the trendy beverage bandwagon.

Amusingly, a version of Black Lemonade was even sold on a SpongeBob SquarePants episode “Ink Lemonade”, made by Squidward and sold by Patrick – according to Fandom!

Is Black Lemonade Good for You? 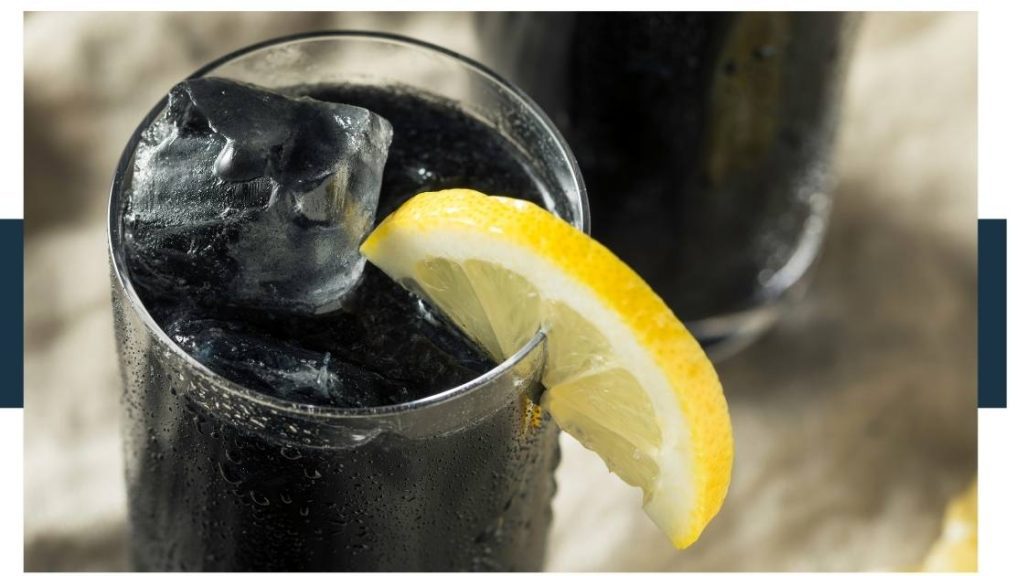 A debatable topic. Which will be unpacked here so that you can make up your own mind.

Black Lemonade, which could be called a faddish version of classic lemonade, contains the superfood elements of lemons. Packed with vitamins C, the Bs, and minerals such as potassium, calcium, folate, and flavonoids/antioxidants.

There alone is a bounty of benefits.

Once the additive activated charcoal is combined, the goodness stakes are raised (so it seems).

The activated charcoal in Black Lemonade is known to help relieve diarrhea, intestinal gas, and bloating, as it absorbs bacteria.

HOWEVER, when ingested, the activated charcoal in Black Lemonade, with its pores like a sponge, sucks up in its wake, toxins (yay!) AND all the goodness that it laid its foundation on, from the humble but mighty lemon (boo!).

Charcoal eradicates the vitamins, minerals, and antioxidants found in the lemonade, which basically cancels out the good and practically robs your beverage of its nutritional value.

More about that further on.

In the 1960s the FDA (Food and Drug Administration of America) prohibited the use of activated charcoal, but it was more of a precautionary ban due to a lack of safety data.

Fast forward to 2018, NYC banned the use of activated charcoal as an additive and coloring agent in food and drinks, in the midst of the hype and social trends of crowd-pleasing ‘black food’.

When Should You Drink Charcoal Lemonade? 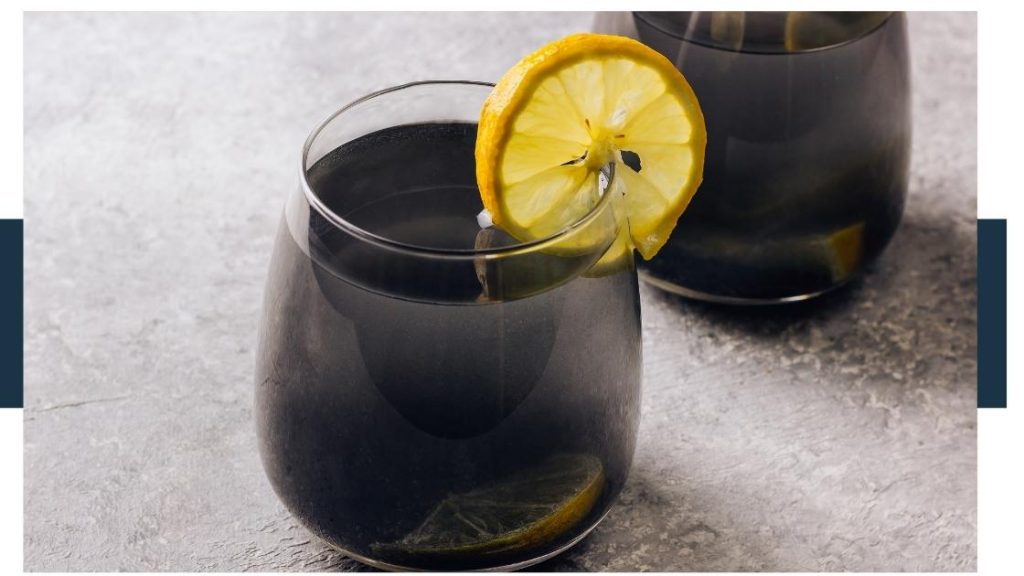 Medically, activated charcoal is used as a treatment in emergency situations, typically to absorb poison.

In this instance, activated charcoal is used in its purest form as a powder mixed with a liquid (usually water) and administered by professionals.

Lemonade with added activated charcoal is not something that is formally deemed fit for regular consumption.

Nevertheless, because it is associated with health and well-being, Charcoal Lemonade can be taken to help with those pesky bouts of belly-bloating and cramps.

Taking activated charcoal requires care and consideration, and a little goes a long way, so use it cautiously.

And so, self-medicating ‘over-the-counter’ to alleviate intestinal gas and bloating, based on a pharmacists’ advice, is an acceptable measure.

Charcoal Lemonade is a sweet and refreshing way to deal with your symptoms.

Take heed, if you are on any form of medication, including the contraceptive pill.

It is best to seek advice from your doctor if you plan to make it a regular entity in your day-to-day life.

It is advised, as a minimum precaution, to not drink Charcoal Lemonade at least 1-2 hours before and after taking your prescribed drugs.

What Happens When You Drink Activated Charcoal? 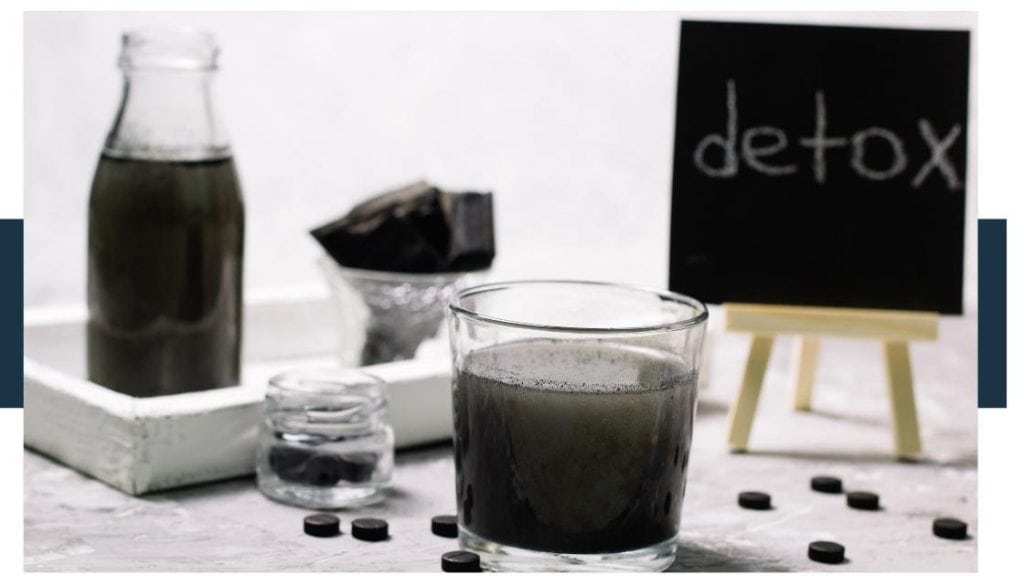 A solution formed from matter like wood, peat, coconut shells, and sawdust, all carbon-rich, being heated at high-level temperatures.

A binder is a substance that makes other substances stick to it or mixes with it.

Really useful in the treatment of certain kinds of poisoning and drug overdose – getting rid of deadly harmful chemicals as it binds itself to toxic substances in the stomach and digestive tract.

The same unfortunately goes for medications – vitamins, and minerals too – causing them to be ineffective.

Basically, when you swallow activated charcoal, your body is unable to distinguish good versus bad and binds itself with whatever is in your system.

Side effects of consuming too much-activated charcoal without good reason include gastro-intestinal tract blockages and/or bringing your bowel movements to a halt.

It also causes, not surprisingly, black stool when you do eventually ‘go’.

Out of interest, the origins of activated charcoal date way back in civilization (BC). Throughout the ages, it has been used scientifically and medically.

The ancient Egyptians cottoned on early to its ‘medicinal’ benefits.

Other early societies discovered the antiseptic properties of activated charcoal to purify water.

A historical account of the discovery of activated charcoal can be read here.

Where to Buy Charcoal Lemonade? 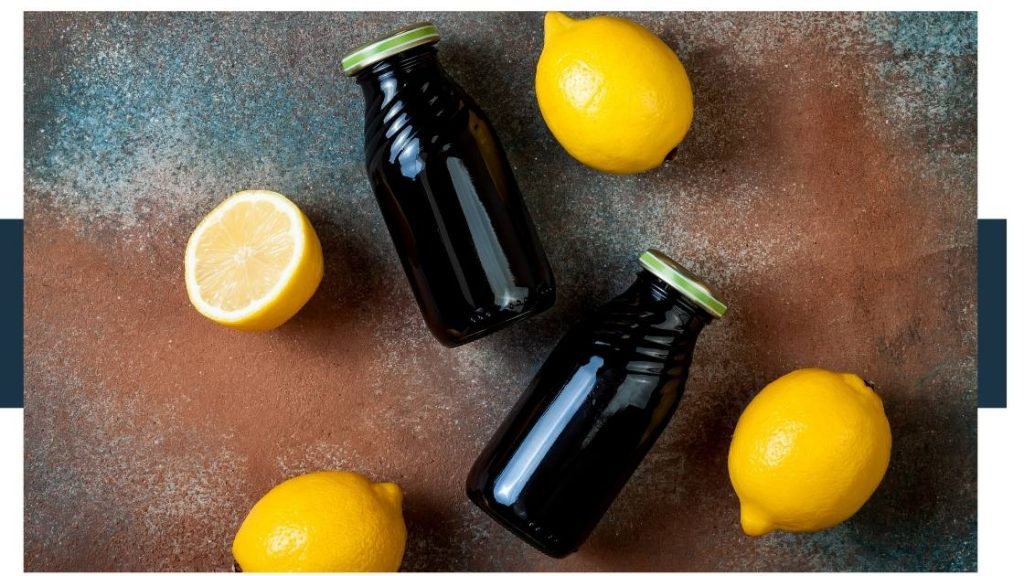 We know that if you are in NYC you will be out of luck officially finding the once  ‘favored flavor’ of Charcoal Lemonade, commercially.

Ready-made bottled or powder-form Charcoal Lemonade can be found in health shops, various stores and outlets, and on online shops alike.

But if you really want to experiment in the name of detox and gut health, why not buy the ingredients and make your own Charcoal Lemonade?

Follow a tried-and-tested, ‘most-searched’ recipe to make yourself a batch of Charcoal Lemonade. Our tip – with anything – add a pinch of salt.

So, is the jury out when it comes to making up your mind about activated charcoal-infused lemonade?

Maybe pink lemonade would be better…