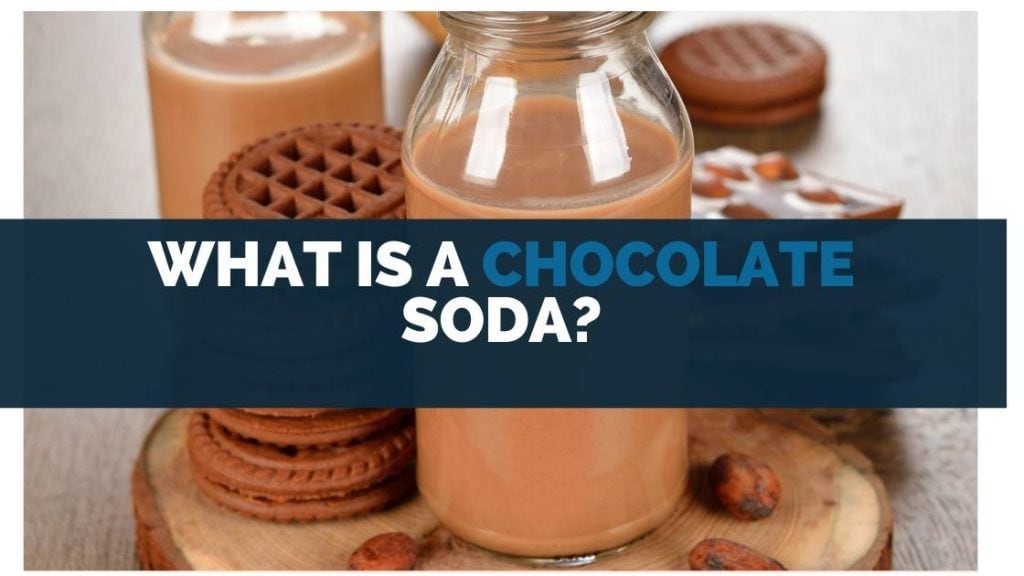 I’ve tried many sodas in my time, but when I heard someone talk about chocolate soda I wasn’t quite sure what it was, or what it would actually taste like.

So I did some research and here’s what I found.

The ingredients are scoops of ice cream or cream, chocolate syrup, and carbonated water.

It’s similar to a tonic water float but the chocolate syrup makes it a bit different.

It has an interesting and unique flavor.

It’s fairly easy to make, and it’s a refreshing drink.

So, below I’ll give you a recipe you can try.

I’ll also explain what it tastes like, whether it’s good for you, and some interesting facts about ice cream floats.

How to make a chocolate soda? 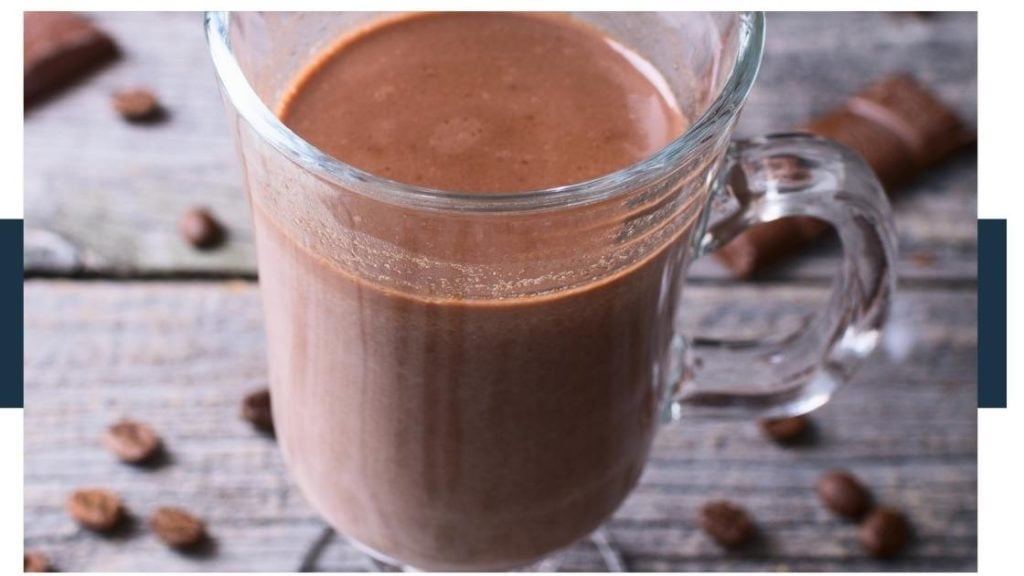 You add the chocolate ice cream and chocolate syrup to a tall glass and fill it up about halfway.

Then you pour over the tonic water slowly.

You can also add whipped cream, and cherries to the top.

As you may be aware, you want to pour the soda water slowly over the ice cream because it will fizz up a bit.

There are few recipes floating around the internet, but at its most basic it’s chocolate syrup, ice cream, and soda water.

You can also add a bunch of different flavors to it.

And there are a lot of flavors that go well with chocolate such as:

This list is modified from one provided by Floshow.com.

You can add these flavors to your chocolate soda by using a syrup, or an extract.

But, you can also use a small amount of it finely ground and sprinkled on top.

Especially, if you have some whipped cream on top.

In the case of orange, you can use some orange zest.

I wouldn’t add orange juice directly to it though because it can curdle the cream.

What happens if you eat chocolate and soda? 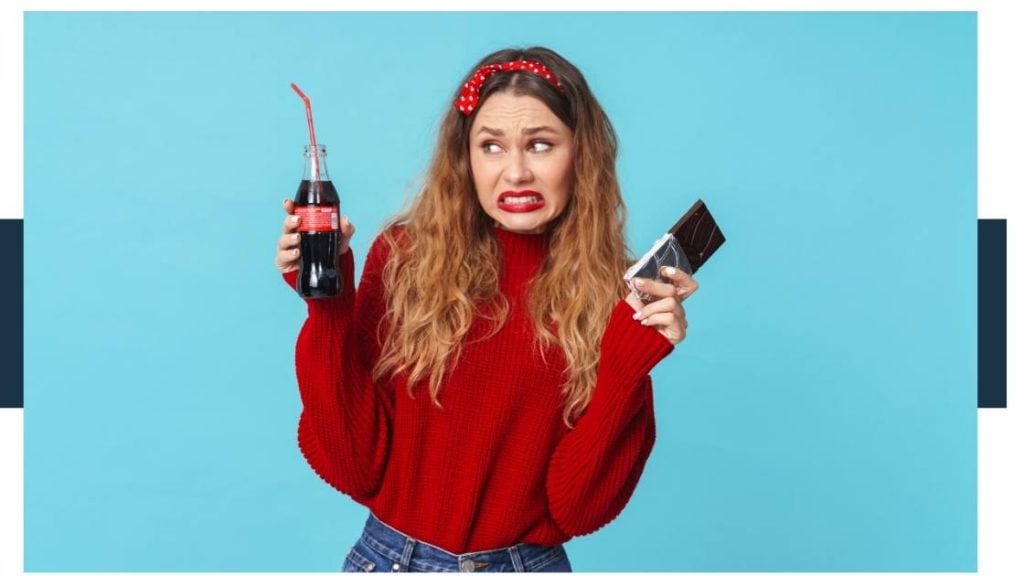 Nothing happens when you combine chocolate and soda.

But, most sodas and chocolate contain a lot of sugar.

Which will give you a sugar high, and a subsequent sugar crash, which doesn’t feel good.

Also, consuming a lot of sugar can lead to obesity, in the opinion of Healthline.com.

Research done by Harvard Medical School has shown that cocoa the main ingredient in chocolate has been shown to be beneficial to heart and brain function.

But, in high doses isn’t good for you.

Natural sugar sodas and artificially flavored sodas aren’t good for you as I showed in Is 1 soda a day bad for you? article.

And generally, you should drink as few sweetened sodas as you can.

Soda water and the other types of carbonated waters like tonic water, club soda, sparkling water, and seltzer water have the same ingredients are regular water.

I have recently looked at the scientific research about soda water and its health effects in Is Perrier Water Naturally Carbonated? article.

Definitely check it out.

The long and short of it is that soda water is identical to water, except that it contains carbonic acid which comes from the CO2 gas that’s used to make it fizzy.

Carbonic acid only makes up only a tiny percent of soda water.

And the carbonic acid is similar in strength to citric acid, which is naturally found in citrus fruits like oranges and lemons.

However, there haven’t been any conclusive studies that have looked at the short or long-term health effects of drinking soda water.

If you know of any please let me know in the comments and I’ll update this article. 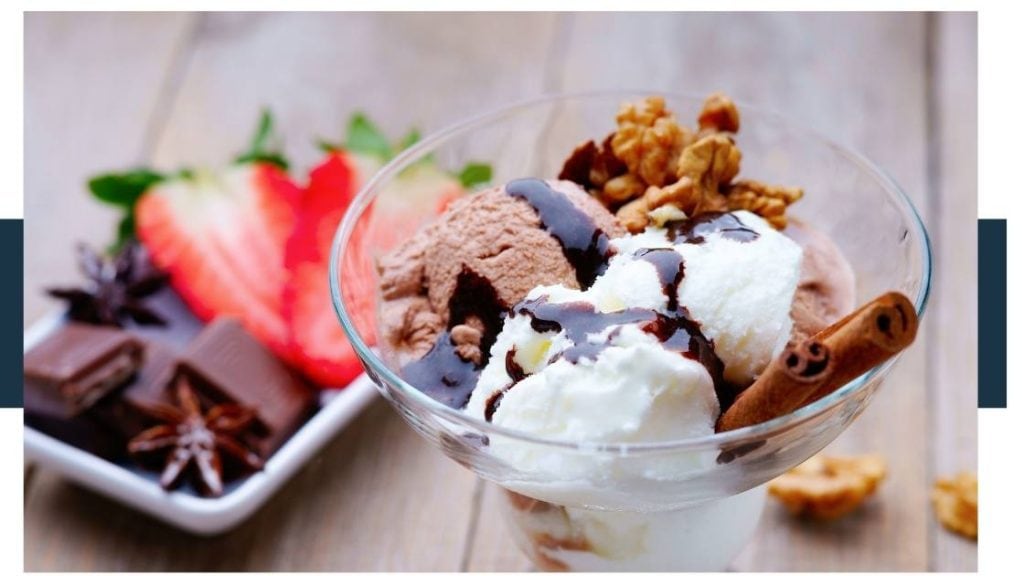 But, the specific flavor of ice cream will also influence what it tastes like.

For example, if you use vanilla ice cream it will taste like a vanilla chocolate sundae.

And if you use banana ice cream it will taste like a banana chocolate sundae.

The soda used to make it a chocolate soda is soda water, which has no taste other than a slightly bitter flavor.

So, whatever ice cream and other flavors you use to make it, will be the flavors that come through.

What is ice cream soda made of? 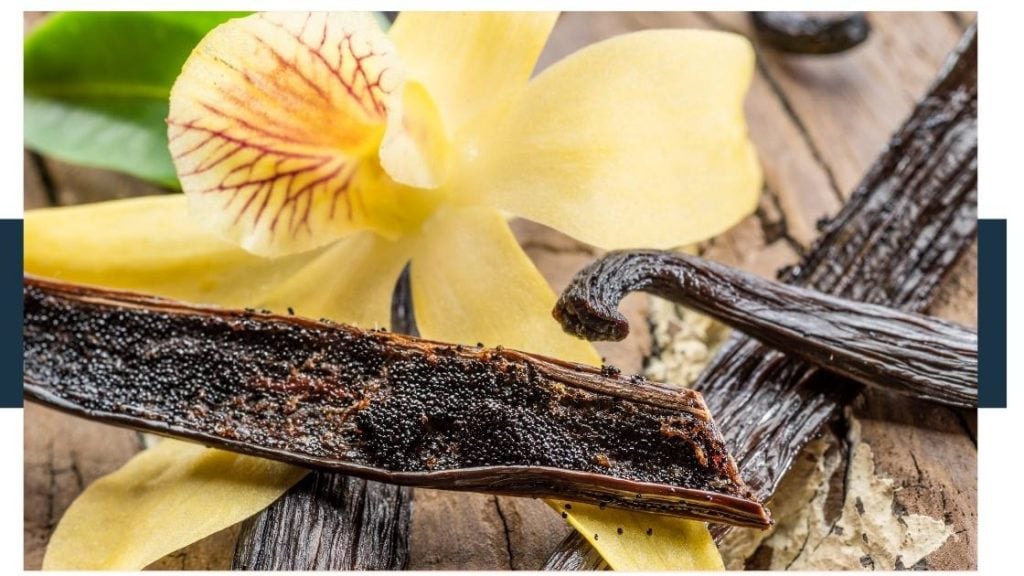 There are two types of ice cream soda.

Cream soda is made with sweetener, soda water, and vanilla extract.

Because ice cream is very cold the drink is really refreshing.

The most well-known brands like Coca-Cola, Pepsi, and Dr. Pepper make a version of a cream soda.

But, they give away their exact recipe.

On the labels it just says ‘natural and artificial flavors. 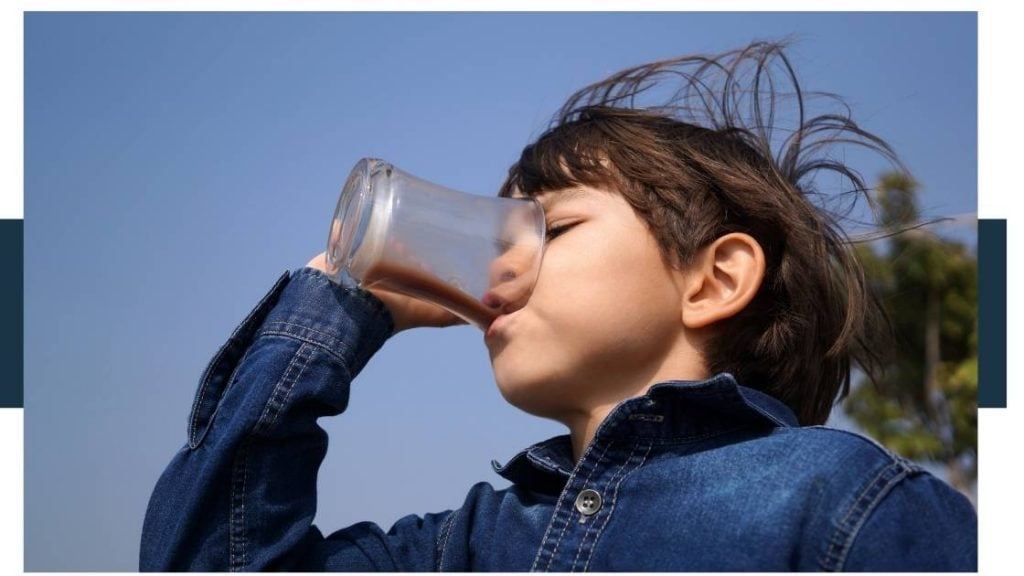 How many calories are in a chocolate soda?

There are around 450 calories in one glass of chocolate soda.

Soda water has no calories, half a cup of vanilla ice cream has 356 calories.

And 2 tablespoons of chocolate syrup has 100 calories.*

*Data according to the USDA, provided here and here.

But, different brands of ice cream and chocolate syrup have different amounts of calories.

So, the exact number can vary slightly depending on what brand you buy.

Other ingredients can also be added to a chocolate soda, which can increase the number of calories it has.

For example, if you top it with whipped cream, or add caramel syrup.

So, something to keep in mind if you’re trying to put on weight, or lose weight.

What happens when you mix ice cream and soda? 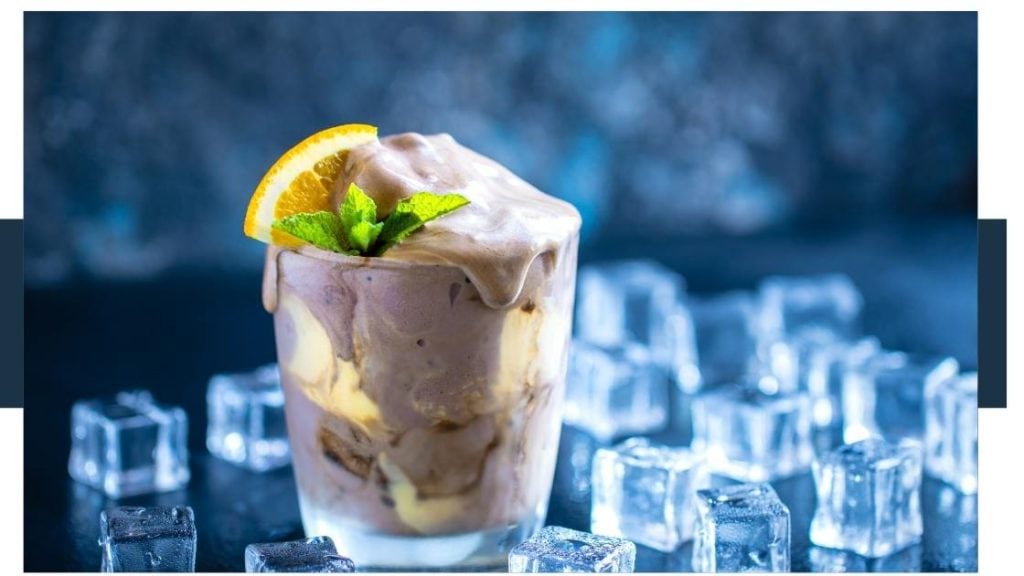 When you mix ice cream with soda, it causes a lot of foam, some of the ice cream also melts into the soda.

So, it’s important to pour the soda in slowly so you don’t get an overflow of foam.

You can also take the excess foam away with a spoon or by sipping it.

The combination is known as an ice cream float.

Some people also call it a spider because the foam looks like a spider web.

Who invented the ice cream float? 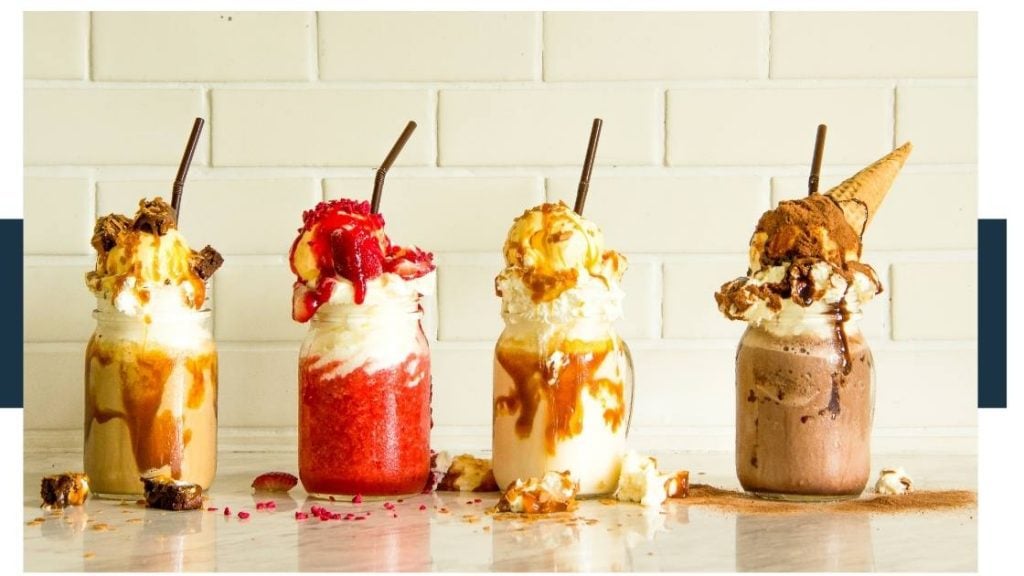 According to Wikipedia, the first ice cream float was made by accident in Philadelphia by Robert McCay Green in 1874.

This is around the time that popular drinks like Coca Cola and Root beer were invented.

Robert Green invented it while selling one of his other drinks.

This other drink was a mixture of soda water and cream.

But one day as he was selling it he ran out of cream, so he used ice cream instead.

On that day he sold far more ice cream floats than he would normally sell off his other drink.

I’ll summarise the key points of this article in a few words below.

A chocolate soda is a cold-sweet beverage made from soda water, ice cream, and chocolate syrup.

Any ice cream can be used to make it, and other flavors and toppings can be added to make it even more delicious.

For example, whipped cream can be added on top, and real cream can also be added to it.

A chocolate soda isn’t that healthy for you, and it’s a good idea to not drink them too regularly because it can contain a lot of sugar.

It also contains about 450 calories, which is a significant amount of the recommended calorie intake.

So, you’ll want to factor that in if you’re trying to put on or gain weight.