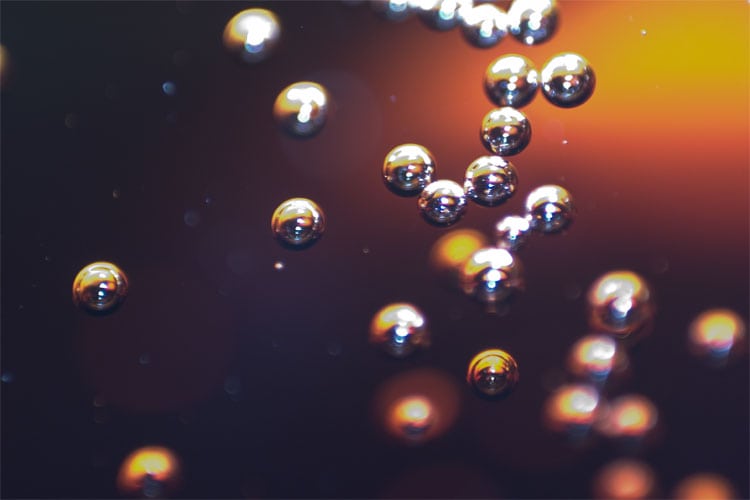 There’s a world of difference between the first carbonated water ever consumed by a person and the factory-produced bottles of Coke that are virtually identical to all the others you can find at the grocery store. In fact, soda pop as we know it today was developed through a long process of trial and error and initially started as a much less interesting beverage.

So how was soda pop invented?

In 1767, Joseph Priestly created the first intentional carbonated soda water by inciting a chemical reaction between sulfur and chalk. The resulting carbon dioxide gas was infused into water, which he then drank. This is the first known occurrence of someone drinking soda water and is thus the very start of the soda pop’s long journey.

However, the next step would not be taken by Joseph Priestley. The first flavored and sold carbonated beverages were only developed in 1783, and these were only flavored as a result of side effects from the minerals infused in the water itself.

Flavored soda pop didn’t come onto the stage until the late 1800s, and large-scale commercialization like we are used to was even further away. Many others would end up contributing significant developments to soda as a widespread beverage, and all of them would eventually lead to the sweet soft drinks that dominate grocery store aisles today.

After meeting Benjamin Franklin, Doctor Joseph Priestley of Leeds, England began pursuing his ideas on science and natural philosophy more seriously. After smelling carbon dioxide in his city’s local brewery, Priestley decided to try infusing the gas with water in 1767. His experiment was a success, although he didn’t recognize the repercussions that such a discovery would have for the history of the world.

At the same brewery from which he’d detected the carbon dioxide, Priestley made his carbonated water by suspending a bowl of regular distilled water over a beer vat. He dripped sulfuric acid onto chalk to produce carbon dioxide. The gas was then encouraged to dissolve in the bowl of water, where it was infused into the liquid.

After giving some of it to his friends and discovering that they, too, enjoyed drinking the beverage, Priestley decided to publish his findings in 1772 in a paper called Impregnating Water with Fixed Air. Originally, Priestley thought that his soda water might be a cure for scurvy, and in fact, he even recommended such a cure to Capt. James Cook while on a voyage with him.

Although he did not recognize the financial potential of his discovery, Priestley was awarded the Copley Medal by the Royal Society for his achievements and natural philosophy. Priestly did not go on to develop his soda water any further, but others would take up the torch and develop the idea into the modern soda pop we know today.

The person most responsible for developing soda immediately after the discovery of water carbonation was J. J. Schweppe. While it took some time to develop a machine large enough to reliably carbonate water, it wasn’t long before the process was possible.

Schweppe began manufacturing and selling carbonated mineral waters in 1783. These were the direct precursors to the modern-day seltzer waters that you can purchase at most grocery stores.

Schweppe was largely successful due to advances in storing carbonated water. Soda naturally starts to lose its carbonation over time, so Schweppe had to develop a bottle that would maintain the carbonation of the beverage for long periods of time. Once he was successful, he began selling his mineral waters all across the world and made a fortune on the profits. 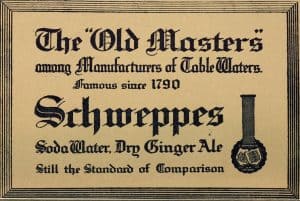 Schweppe was only one in a long line of entrepreneurs who expanded upon Priestley’s original findings. In 1833, the first lemonade with carbonated water was sold . While it didn’t quite reach the production scale and popularity to call it the world’s first common soda pop, it was certainly a significant precursor that led to the development of similar beverages.

By the 1840s there were soda counters added to pharmacies and cafés all over the world. Mineral waters like Schweppes were consumed by the public largely further medicinal properties, both real or unsubstantiated. John Mervin Nooth was responsible for improving the soda water apparatus and sold the design to many of the pharmacies described above.

In 1880, a man named Benjamin Stillman produced the first large-scale amounts of carbonated water, which led others to believe that fizzy beverages could be quite profitable with the right distribution method.

And meanwhile over in Japan, there was a company developing their own carbonated soft drink at that time – check it out

It was in this way that the soft drink outgrew the medicinal origins for which it was originally envisioned and became cheaply available for consumption by the public.

Enter James Vernor, a pharmacist from the American city of Detroit. Vernor began making carbonated ginger ale in 1866. While there had been other ginger-infused beers before, there was nothing quite like this. Vernor’s product soon took America by storm. The success of Vernors Ginger Ale inspired others to take their own chances carbonated water; even Schweppe started making his own ginger ale in 1870, although he never quite reached the success of Vernors.

Hires Root Beer was another early soda pop that started cropping up in 1876. This root beer soda pop variant would eventually lead to the development of other root beer brands that people know and love today. Soon after, in 1881, the first cola-flavored sodas were sold in America, although the titanic brands of Coke and Pepsi were still some years away.

It was shortly before these developments, in 1861, when the first time the words “soda pop” were used together to describe the fizzy, flavorful drinks that people were going crazy over.

Expansion of Soda Pop Over Time

Dr Pepper, invented by Charles Aderton in 1885 (see more on their brands here), is the first modern soda that many people would recognize today. In the beginning, Dr. Pepper was marketed to people claiming that it had energy-boosting properties and could improve your mental capacity. It was only in 1904 that Dr Pepper received the attention and acclaim that it would enjoy for decades to come when it was revealed to the public at large at the World’s Fair Exposition at St. Louis

Coca Cola came onto the scene in 1886 and was immediately a smashing success. It was originally infused with real Coca and was developed for both refreshment and medicinal purposes. It kept Coca for the first 17 years of its history, although this was eventually phased out, leaving the original formula and taste none the worse for wear. 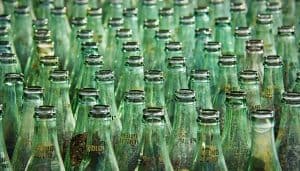 Pepsi-Cola came soon after in 1893. Though it had a rockier start than Coca-Cola and suffered through several periods of bankruptcy and financial distress, Pepsi eventually became Coke’s main rival and is now just as much of a soda pop juggernaut.

As you can see, the expansion of the soda industry really took off in the latter decades of the 1800s. In 1899, for example, the United States issued the first patent that would be used for a glassblowing machine. This machine would eventually go on to produce the first soda glass bottles: a shape and container ubiquitous with soda pop as we know it.

In the 1940s through the 1960s, many soda brands came into being. While only some of them survived into the present day, many of them are still well known and had good success in the early decades of their existence. Fanta, Sprite, Bubble-Up, and Orange Crush are just a few.

Advancements in industry and bottling allowed for more soda to be created and sold at unprecedented rates and in markets across the world. This expansion has continued even until today.

You can also look even farther back and consider the first times that humans used fizzy, bubbling water at all.

Interestingly, natural mineral water springs occur all over the world and were noted by ancient civilizations for millennia. In fact, the idea that mineral water and fizzy water have medicinal properties stems from the baths people would take in these mineral water pools. While the exact method of bubbling was not known by these people, they still enjoy the sensation the water had on their skin.

Natural mineral water baths get their mineral properties and their fizziness from carbon dioxide and gas carbonium that naturally leak into the water pool due to small holes in the ground. The pools receive unnaturally large amounts of mineral sediments and other particles that would normally be very far beneath the earth. In several cases, these pools were known for being unseasonably warm, as well.

While these occurrences aren’t the first incidences of soda creation, it is noteworthy that humans were experimenting with various uses for bubbling mineral water long before anyone had the idea to make a sweet drink out of the stuff.