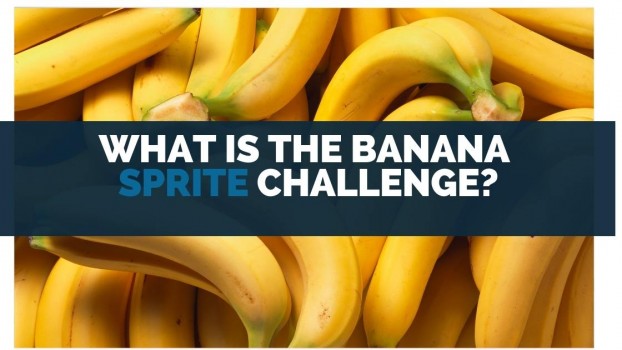 I recently heard about the banana Sprite challenge, but I didn’t know exactly what it was.

So, what is the banana sprite challenge exactly?

The banana sprite challenge is to see whether you can eat two bananas and drink either a can or 33 oz (1 liter) of Sprite.

It’s supposed to cause vomiting.

But, very few people actually vomit, and when they do, it’s only from drinking too much Sprite too fast.

I wondered whether it’s healthy and wanted to know if any foods mixed with bananas cause extreme reactions.

Below, I’ll explain the detailed results of people who have done the banana Sprite challenge and other interesting information about mixing bananas and soda.

What happens when you eat a banana and drink a Sprite? 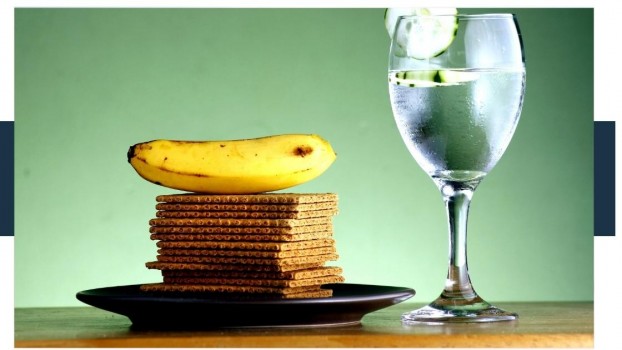 Some people have a negative reaction to bananas and Sprite, and it causes them to vomit.

Others can finish the challenge without vomiting.

It depends on your unique body whether you will feel sick after a banana sprite challenge.

There are roughly 10 videos of Youtube videos performing a banana Sprite challenge, and only one or two of them vomited.

When they did, they induced vomiting with their finger or drank far more Sprite – over 60 oz (2 liters), and even then, they only vomited a small amount.

In my opinion, any liquid you drink that quickly will make you vomit, even water.

And, if you stick to under a liter and take your time, it’s straightforward to finish.

There is no time requirement to finish the challenge.

But, it’s way harder to do if you give yourself less time. And is where you can begin to be at risk of vomiting.

If you do it on an empty stomach, then you’ll only vomit up the Sprite and banana, but if you do it after you’ve eaten a large meal, then it’s a good idea to have a large bowl nearby.

As you may be aware, there is a cool mentos trick.

This is where you add Mentos to a soda bottle, which causes the soda to foam out the top.

If you narrow the top of the bottle using tape, the soda will explode out the top and go as high as a few meters.

Here’s a video of it:

Sprite and bananas don’t cause a chemical reaction.

You don’t get a chemical reaction when you put bananas in soda.

This means that the vomit isn’t caused by excessive foam production.

The vomit in experiments that people did look like water and banana chunks.

So, it remains a mystery today why some people vomit after eating bananas and drinking a lot of soda.

In my opinion, it’s because they drink Sprite too fast.

The only video I’ve seen of a person vomiting from bananas and soda is a guy who ate like 20 bananas and 2 large bottles of Sprite.

But, anyone who ate that amount of food would throw up, regardless of whether it’s bananas and Sprite or not.

Based on what I’ve seen, nearly no one starts to vomit from bananas and Sprite.

Most people can pass it.

But, there are other harder challenges, especially the cinnamon challenge.

A harder challenge is the cinnamon challenge.

This often goes wrong, where the person coughs out the cinnamon and needs a lot of water to wash it down.

In this experiment, you eat a whole tablespoon of cinnamon.

Cinnamon has a powerful taste, and very little of it is used as a seasoning in food.

So, eating it all at once is very difficult.

If you try eating it without coughing, or needing to spit it out, and drink a lot of water, then you would be a rare person indeed.

Can you eat a banana and drink soda? 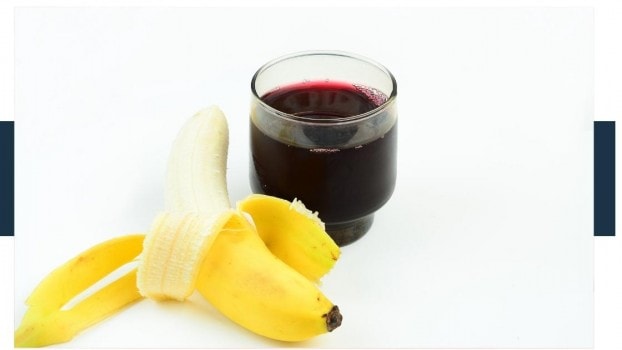 You can do a challenge to see if you can drink one can of Sprite and eat two bananas.

But, it’s straightforward, and nearly no one fails it.

Certain foods that you mix with soda, for example, ice cream – used to make coke floats – cause the excess foam to be created. But, with bananas, no excessive foam is created.

Here’s a video showing a person putting a banana into soda.

Based on the research I’ve done, seeing people’s reactions when they drink bananas, and Sprite doesn’t cause you to vomit.

The only difficulty they encounter is when they drink the soda too quickly as a challenge.

Eating a banana and drinking a soda at a normal pace is perfectly fine and doesn’t cause any discomfort.

Here’s a write up from a person who tried it, and they also explained that it didn’t do anything.

What Happens When You Eat One Banana A Day? 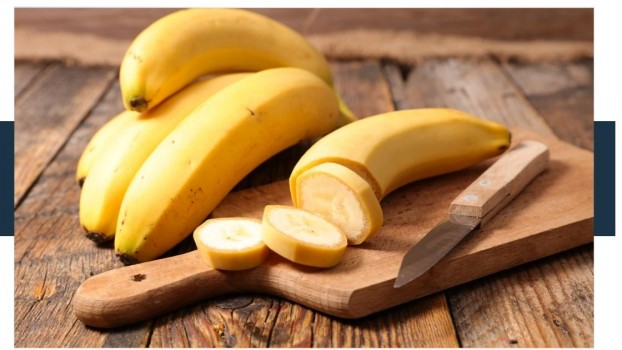 Bananas are high in nutrients. Every type of food has different nutrient levels.

So when you eat a banana every day, you ensure that your body is getting a good mix of nutrients.

You can get a blood test and see exactly how much eating one banana a day affects your nutrient levels.

There are different benchmarks for the number of nutrients a person should have in their body and different levels of chemicals in the body.

A qualified professional will compare your levels to the ideal levels for a healthy person at your age. in a blood test.

And recommend different diet changes to bring your body into balance.

Therefore, a banana a day will affect you differently depending on your unique body, and to be absolutely sure, you will need to take a blood test to measure the difference.

Is It Bad To Mix Banana And Milk? 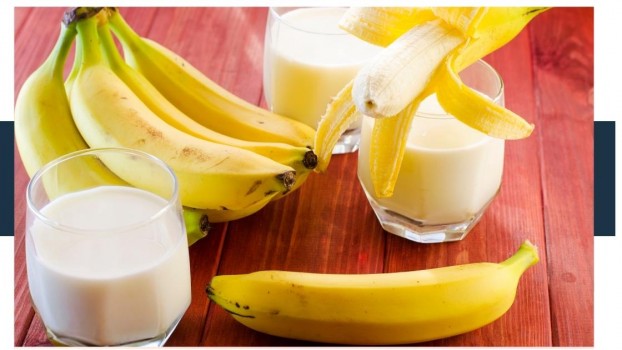 As yet, there have been no scientific studies that have looked into the effects on mixing bananas with milk.

Many people eat a banana with cereal in the morning that contains milk and don’t suffer any adverse reactions.

There aren’t any known negative effects of mixing banana and milk. at this stage

Many people mix bananas in a smoothie with milk and ice cream.

I can attest it is quite good. Milk and bananas on their own are high in nutrients.

Eating them together as part of a balanced diet at this stage is perfectly fine.

Green bananas are very similar to potatoes, and when boiled, they are very starchy and can be used to replace rice or potatoes.

They are salty and savory.

I have never come across a dish made of green bananas and milk.

But, someone could easily make it. The same rules apply to eating yellow bananas and green bananas with milk.

And provided you eat a varied diet, there are no reported risks of eating green bananas and milk.

The banana Sprite challenge is where you try to eat two bananas and a can of Sprite or a 33 oz (1 liter) of Sprite without vomiting.

It is quite easy not to vomit, but it is hard to really drink Sprite fast.

There is no chemical reaction that occurs by mixing bananas with soda.

Unlike Mentos, which produces a huge amount of foam.

There are no studies into the effect of drinking soda with bananas, so it is safe to do at this stage.

And if you are unsure about the adverse effects of eating bananas with soda on your health, then it’s a good idea to get a health check to see how your nutrient levels change.