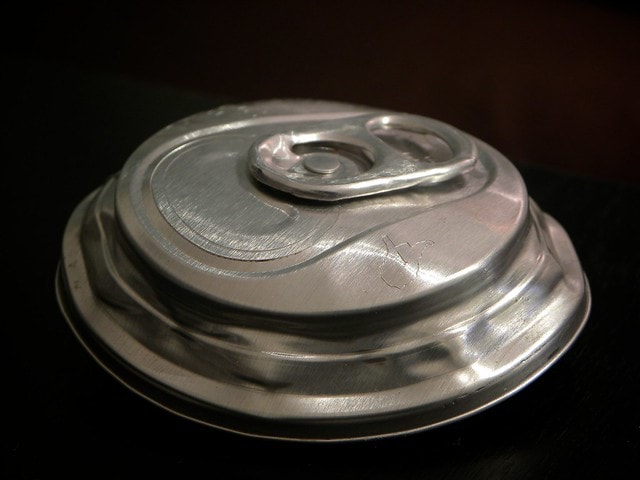 There’s an urban legend about soda cans, or even beer cans popping spectacularly on aircraft flights.

While it’s common knowledge that the cabin is a safe place to sip your favorite soda, and you can bring soda cans on a plane in your carrry-on bags, especially since the cabin crew/flight attendants frequently serve soft drinks to patrons, the cargo hold is another story, as it’s pressurized.

Hardly anyone except the aircraft crew takes a look down there, so it’s no surprise that people wonder if their sodas and other important drinks or cans are safe.

So will soda cans explode in checked baggage? Or luggage?

It’s much more likely that any pressure changes in an aircraft cargo hold will cause your soda to leak or spray a small amount onto the surrounding cargo. Aircraft cargo holds are pressurized by default, so the chances of complete depressurization are low.

In any event, a depressurized cargo hold would cause bigger issues for an aircraft than worrying about the soda it was carrying.

Overall, it’s much smarter to worry about preserving the rest of your cargo and keeping your cans intact from leaks than worrying about them exploding.

After all, your soda won’t be as good if it’s lost all its carbonation by the time you’ve landed from your flight.

That said, I do use neoprene sleeves to wrap mine when I travel, and you can get these here.

Most commercial airline cargo holds are pressurized, just like the main cabin.

Suppose you ever look at a cross-section of a regular commercial aircraft. In that case, you’ll notice that the round shape of the fuselage (just like a SODA Can or bottle) helps to disperse pressure and withstand pressure changes as the aircraft goes from higher to lower altitudes or vice versa.

Curved fuselages are much more efficient at withstanding pressures on the bulkhead and can protect both passengers and cargo. 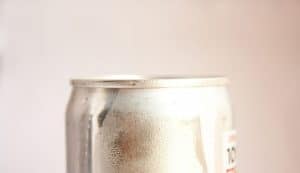 Naturally, the cargo hold is within this curve fuselage and rests on a flat surface connected to the fuselage’s curvature.

This helps maintain a normal amount of pressure inside the cargo hold despite the crazy elevation changes that take place during the regular flight.

It’s for this reason that pets can be transported in the cargo hold from place to place; they wouldn’t be able to survive the pressure change if the cargo hold wasn’t properly pressurized.

However, cargo holds occasionally undergo pressure changes far greater than those in the cabin. Like all systems of an aircraft, minor malfunctions can occur at any time.

These malfunctions are not always catastrophic.

Sometimes it’s just a slight dip in pressurization, but even a slight change can cause fluids to leak from their containers or other damage to occur to cargo.

For instance, soda being transported without being wrapped in other protective material may experience a slight pressure change in the ambient environment, causing the soda to expand.

This expansion can strain the can or other container and cause leaking or popping, although a full-on soda explosion is highly unlikely.

In order for a soda can to actually explode, the pressure change would have to be very quick and very intense.

What about beer cans on a plane, in checked luggage?

Will cans of beer explode on a plane? The same principles apply to soda cans.  They are both fizzy carbonated beverages with sugars.

You can take then onboard with your carry-on bags, and It’s highly unlikely they’ll explore, BUT you should still wrap them properly in your checked luggage as there’s more chance of it happening there, unlikely BUT possible.

So that IF it were to explode or burst through being knocked around them, your clothes would be safe.

Teleporting a soda to the top of Mount Everest would likely do the trick, but since you can’t accomplish that with modern technology, the worst you’ll ever have to worry about is soda (or beer) leaking over the rest of your cargo.

Temperature Changes To Your Can Of Soda (Fizzy Drinks)

Temperature changes can also affect whether or not your soda manages your aviation journey intact. 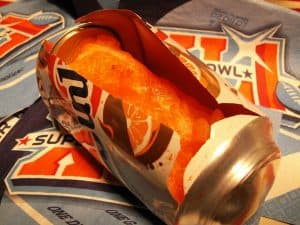 Warmer temperatures cause fluid to expand and the surface tension of a soda beverage to become weaker.

Therefore, a cargo hold that is warmed after hours of flight in the sun may add to a potential leak and cause soda foam to expand all over your cargo.

On the flip side, cold cargo holds will contain your soda for longer, even if minor pressure changes occur.

The surface tension of the liquid will increase rather than decrease, keeping the beverage inside the can and stable.

Of course, most modern cargo holds are already temperature-controlled, and the temperature can even be adjusted from the cockpit of the aircraft.

The walls of the cargo hold are typically insulated both for fire protection and to keep cargo from becoming too cold since the temperature at cruising altitude is frequently freezing.

All in all, both temperature and pressure variations in the cargo hold are not usually enough to cause damage to your soda. But malfunctions can occur, so you may occasionally experience a leak or malfunction in the seal of your soda can or bottle anyway.

How Attitude Pressurization Can Harm a Soda Can (or Beer Cans)

A sudden pressure change can cause critical damage to a can of soda if it happens quickly.

Basically, ambient pressure can best be thought of as the force exerted on the can in all directions.

This surface-level pressure is brought about from gravity and the surrounding atmosphere at most ground-level elevations.

However, the air pressure is much less intense at high altitudes (such as those frequently used for commercial aircraft).

Air isn’t as crowded at higher altitudes, so there’s less pressure being exerted on all surfaces after a certain point.

Two a can of soda, this gives license to the carbon dioxide to expand and attempt to escape. The carbon dioxide in soda is normally bonded to water, but these bonds can break under the right circumstances.

Lower surface tension of the soda combined with less ambient pressure means that it’s a lot easier for the CO2 molecules in a can of soda to bubble up and expand.

This is a recipe for rapid expansion and an explosion if everything happens fast enough.

That being said, pressure changes, if they happen slowly and two small degrees, are more likely to cause slight damage to a can instead of a catastrophic, sticky explosion. Aluminum cans are likely to bend or crack under stress as a result of pressure changes.

It’s these slight cracks and injuries that allow soda to leak through onto the rest of your cargo.

Although your can of soda isn’t likely to explode, it’s still better to transport soda and other carbonated beverages in ways other than simply throwing them in your luggage and hoping for the best.

Your checked luggage likely has other items, like clothes or souvenirs, that you don’t want to be covered in Coca-Cola or Pepsi.

Thankfully, there are several solutions and SIMPLE TRICKS you can use to transport carbonated beverages like soda, in your checked luggage without as much risk.

Firstly, you can wrap your soda in bubblewrap or a similarly insulated material and store it with the rest of your luggage.

While this doesn’t necessarily combat the risk of pressure damage to the can from a poorly maintained cargo hold, such an insulator will protect the rest of your cargo from any fluid that leaks out of the can.

Of course, you end up losing a little bit of the soda itself, but it’s still better than having to wash your clothes of soda stains immediately upon disembarkation.

Another cost-effective method of soda protection is to place each can in an individual Ziploc bag.

First, it protects the rest of your cargo in the event of a can leaking. Secondly, it forms a second pressurized seal that can defend the can from pressure damage if the cargo hold malfunctions in some way.

Taken together, most cans of soda should be perfectly safe if you put them in a Ziploc bag and surround them with bubble wrap or another insulating material. The odds of real damage being done to your cans with both of these methods combined is low.

Plus, the rest of your clothing or luggage will be totally protected in the event that a can does leak somehow. 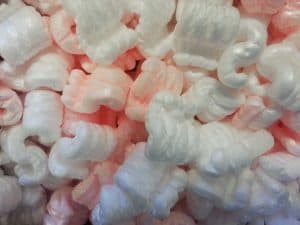 Alternatively, you can use a special beer, soda, or wine container to transport your carbonated goods from place to place.

These containers are the same size as typical cases of luggage and are usually packed with Styrofoam.

The Styrofoam has special places cut out of its mass where you stick cans of soda or bottles of wine.

The Styrofoam acts as an insulating material and the case seals shut.

The case acts as an additional barrier against pressure changes since even a depressurized cargo hold won’t cause the internal pressure inside the case to change.  Not really needed for your carry-on luggage, though.

But still is the safest way to transport soda in the hold if you want to be 100% sure it’ll make it to your destination without damaging it.

These cases can be expensive, however. They are normally used for beer or wine, and the price reflects this intention.

While you can use them for soda, most people aren’t serious enough about transporting soft drinks to develop specific cases for this issue.

and, like I said, I do use neoprene sleeves that act as great insulation –  you can get these here.

Can you take soft drink cans on a plane to Australia?

I got this question from one of my readers.

If only to protect your clothing should they be knocked around in bad weather and burst through impact, rather than cabin or hold pressure