Seltzers can do more than keep us hydrated.

People love when the bubbles come mixed with a fruit of their preference.

And that is what drives the success of Spindrift. But, why is it so expensive?

Spindrift’s price comes down to a few reasons:

Spindrift became a trendy drink back in 2019 when the New York Times proclaimed it “the drink of the summer.”

The sparkling water comes in a cheerful can and a dozen flavor options.

Although it doesn’t sound much different than your regular soda, there’s more to the philosophy behind it. (source)

There are no artificial ingredients, no flavorings of any kind, good old sparkling water, and fresh juice.

It is where the company separates itself from the rest of the seltzer market. (source)

In 2018, US citizens ordered over $1.6 billion worth of sparkling water in restaurants.

The reasoning behind this is the negative effect of sugar-based drinks.

Customers have realized that sodas aren’t the optimal choice for their health. (source

Soft drinks can be tricky to navigate if you’re not aware of the nutritional facts.

Many of them are over-sweetened and full of added flavors.

Is Spindrift Better Than La Croix? 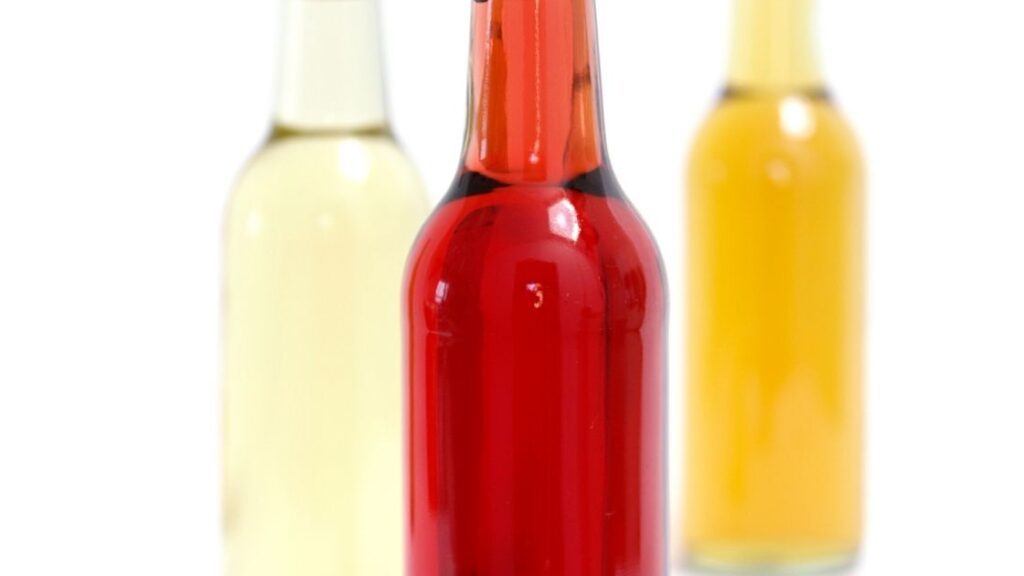 La Croix has been one of the leading sparkling water brands in the US in recent years.

It started as an alternative to Perrier, which had gotten an elitist reputation.

La Croix fought its way to the top. (source)

Rebranding then occurred to flaunt the beverage as a hip, colorful, multi-flavored drink.

But it wasn’t until it got popular with the millennials that the sales surged.

That is before the false advertising allegations came along. (source)

La Croix claimed its ingredients are all-natural, but a lawsuit in 2018 wanted to prove otherwise.

It claimed the drink contains artificial ingredients such as linalool and limonene.

The charges got dropped, but the doubt remained. (source)

That seems to be it.

When it comes to the nutritional values, both Spindrift and La Croix have no calories.

There’s no sodium, protein, or carb either.

The one thing La Croix lacks when compared to Spindrift is the fresh juice.

The production includes sparkling water like Spindrift, but it has added natural flavor.

It is something Bill Creelman, Spindrift’s CEO, wanted to avoid at all costs.

The Spindrift Beverage Co. location is outside of Boston.

The founder grew up in this area and learned to savor seasonal, organic fruits and vegetables. (source)

Once he started having kids of his own, he found out just how hard it is to maintain their consuming quality.

It was especially true for drinks. (source)

Because he wouldn’t settle, he started experimenting with making his own, healthier version of soda.

After some failed attempts, he created the blueprint of Spindrift as we know it today.

Unprocessed, fresh fruit is at the heart of it.

There are 3 Lemonade options: Strawberry, Pink, and Lemon Limeade. (source)

Then there are a few interesting mixes: Orange Mango and Raspberry Lime. (source)

Spindrift offers a couple of less conventional choices as well.

Try the Cucumber or the Half & Half, made out of brewed tea and lemon. (source)

What’s unique about every one of these flavors is that their ingredients are locally sourced.

The fruits travel from all over the country to reach the Massachusetts-based factory except for the cranberries, which arrive from New England.

Oregon and Washington are where the raspberries and blackberries originate.

The cucumbers are from Michigan.

Does Spindrift Have Caffeine? 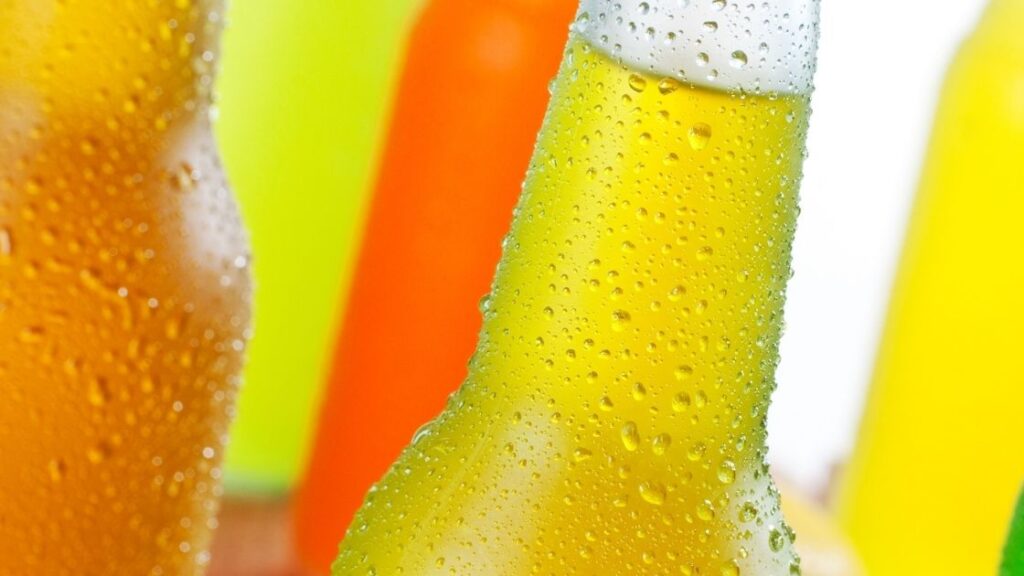 Almost all Spindrift seltzers don’t have any caffeine in them.

The exception is the Half & Half, made with black tea.

There’s a minimal amount of caffeine in it – a single can contains less caffeine than 2oz of coffee. (source)

Is Spindrift Bad for Your Teeth?

Since Spindrift doesn’t have any sugar, it should be fine for the teeth.

Although it appears to be so, there’s a lot of debate about it.

It’s not limited to Spindrift – sparkling water, in general, is in question.

It’s a well-known fact that drinking too much soda will get your teeth to rot.

It is due to a large amount of sugar most sodas contain.

It’s okay if you have a glass of soda now and then, but overdoing can create a problem.

It’s the reason why the bubbles are there in the first place.

When the seltzer reaches the mouth, a chemical reaction happens, which turns the carbon dioxide into an acid. (source)

It is because the acid goes straight to the tooth enamel.

This effect is more substantial if there’s additional lemon or lime in the drink since it makes it even more acidic. (9)

To prevent this from happening, make sure to drink still water after drinking the seltzer.

There hasn’t been much proof that sparkling water is inherently bad for the teeth.

It is always better to be safe than sorry. 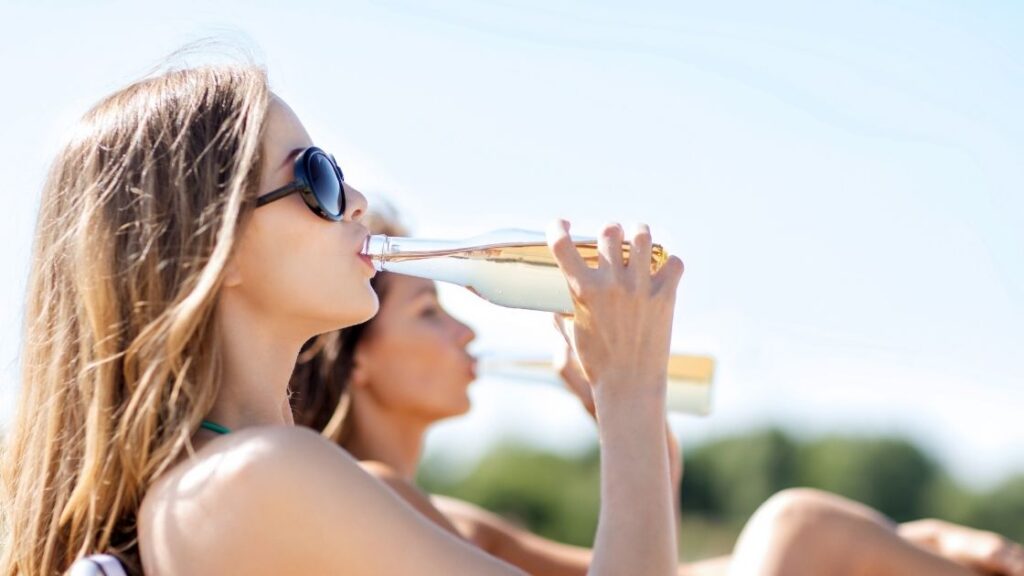 Spindrift’s taste is predominantly fruity due to a high concentration of fresh fruit juice.

It’s got a natural sweetness to it. It might contain some pulp. (source)

Because of the sparkling water, the drink is light and bubbly.

If you’re generally not into pineapple, for example, pick another Spindrift.

The drink tastes great on its own or mixed in cocktails.

Is Drinking Spindrift Bad for You?

Drinking Spindrift shouldn’t give you any side effects.

It has no calories, no fat, no sugar, and no sodium. It’s also gluten-free.

Pay attention to the type of Spindrift you’ll be choosing if you’re allergic to any citruses.

Most of the brand’s drinks are citrus-based.

Where Can I Buy Spindrift?

You can find Spindrift in most retail shops, like Target and Costco.

It’s common in convenience stores, as well as gas stops.

Spindrift has a handy way of helping you find where to buy their drinks.

Visit their store locator online and choose the flavor you’re hoping to find.

Look for either a shop to buy it in or a restaurant to enjoy it with a meal. (source)

Since it’s becoming so sought-after, it’s available overseas as well.

Check out the company’s social media to learn all the countries where it’s represented.

Spindrift Spiked is only available in New England and Southern California at the moment.

You can sign up on Spindrift’s webpage to be the first to know when it will reach your local store.

Another product, called Spindrift Spiked, has 4% alcohol in it.

It comes in 4 flavors: Mango, Lime, Pineapple, and Half & Half.

Spindrift Spiked is not widely available yet, though it should be soon.