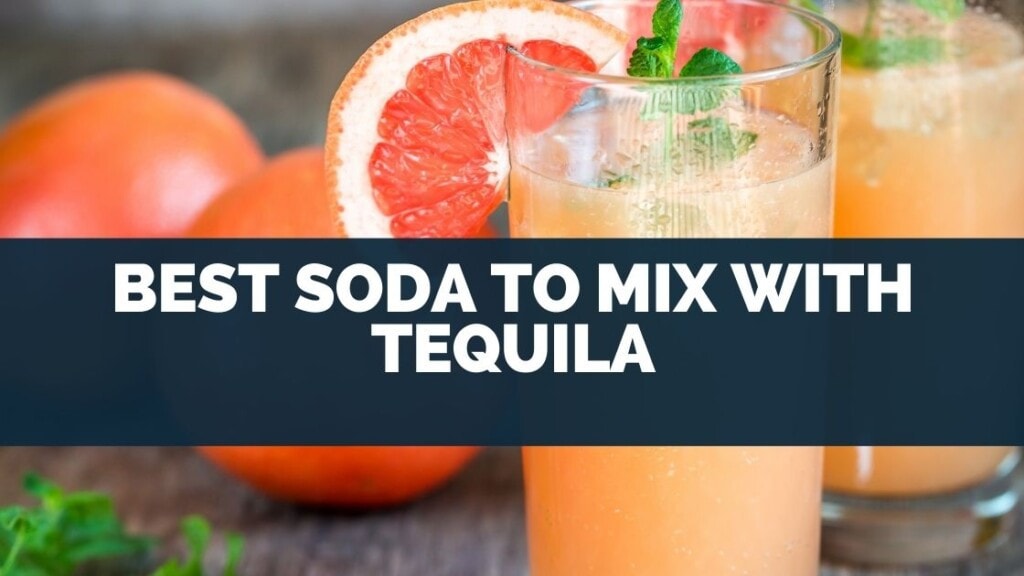 It takes a bit of experimentation to find your Tastiest Drinks of choice.

There are also many different options for mixers and ingredients.

Today, I will take a deep dive into tequila, let’s start with the best soda to mix with tequila.

So, what soda mixes with tequila well?

As a general rule, soda water and citrus flavors or fruity flavors go best with tequila.

Making it slightly sweet can also work well by adding syrups or using lemonade instead of soda water.

However, the unique flavor of tequila generally tastes best unsweetened. Tequila is a grapefruit-flavored soda or orange soda.

In this article, I will cover the best flavors to mix with tequila, and how to make some of the best tequila drinks.

As well as, if common sodas like Coke, Sprite, and Dr. Pepper go well with tequila.

What Soda Goes With Tequila? 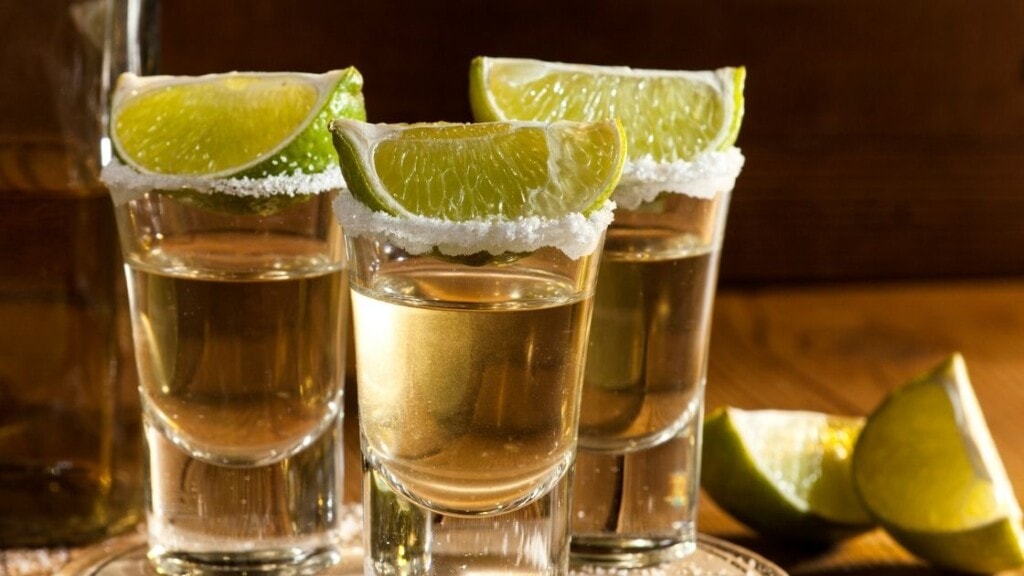 Many asks, what soda mixes good with tequila?

There are potentially limitless mixers and flavors that you can mix with tequila but some are better than others.

Here’s a summary of the best things to mix with tequila.

The most popular tequila refreshing drinks have citrus flavors such as a margarita, tequila sunrise, and a Paloma.

However, cola and ginger ale also taste good with tequila.

But, they are much improved by adding lime or lemon juice, or liqueur.

They are plain water that has been carbonated.

The carbonation adds a slightly bitter taste, and the texture smooths out the harshness of the alcohol in tequila.

Tequila sunrise is a well-known favorite that is on the sweeter side.

The grenadine syrup is a deep red and goes to the bottom of the glass naturally.

This creates a red layer underneath the orange layer of the juice making it look like a sunrise.

What To Mix With Tequila? 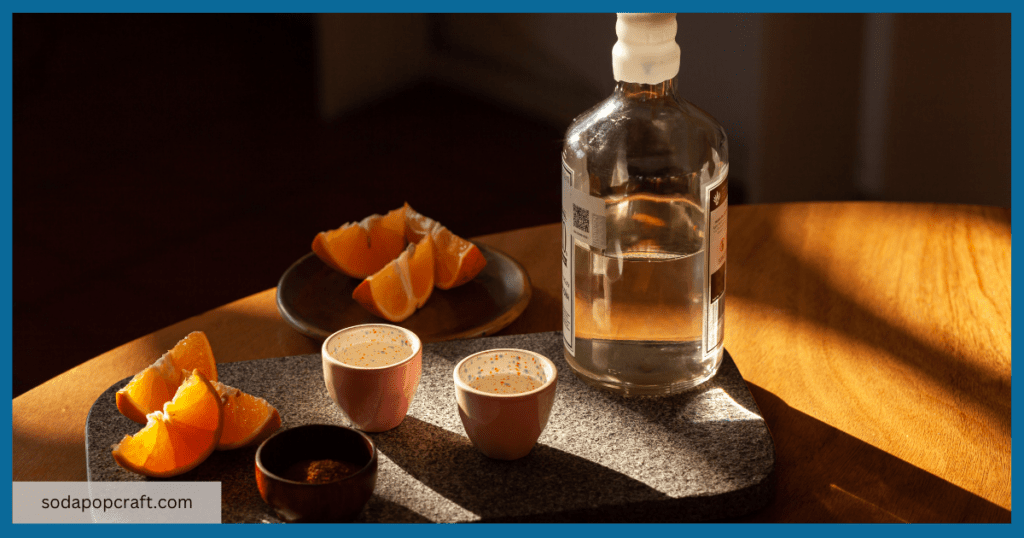 Easy tequila drinks are tequila soda, but you can also put a twist on a tequila soda by making it with lemonade.

And tequila and fresh pineapple juice are a particularly refreshing cocktail.

The best drink made using tequila I’ve found is a tequila soda.

And It’s one of my favorite drinks.

Tequila with Soda is a very simple recipe using fresh lemon or fresh lime juice, orange juice, soda water, and a shot or two of tequila.

This recipe of Soda With Tequila is simply amazing.

I find sodas sometimes don’t agree with my stomach or leave me feeling a bit sick a few drinks in.

A well-known soda from Mexico is Topo Chico.

So, if you want to make a really authentic tequila soda then use Topo Chico for the soda water or seltzer water.

Whereas, because tequila soda is naturally sugar-free you don’t get a sugar high, and subsequent sugar crashes that you do from tequila drinks with added sugar.

And it’s one of the most simple tequila drinks.

There are also some Mexican sodas that are rare outside Mexico but can still be available internationally.

I covered what some of these are in this article about some popular Mexican sodas.

If you’re putting together an alcohol collection, a bottle of tequila is almost always a fantastic choice.

When you combine a few Ounces Of tequila with typical sodas such as Dr. Pepper, ginger ale, Ginger Beer, or coke it can also create a really nice drink.

Quality of the tequila and different types of tequila 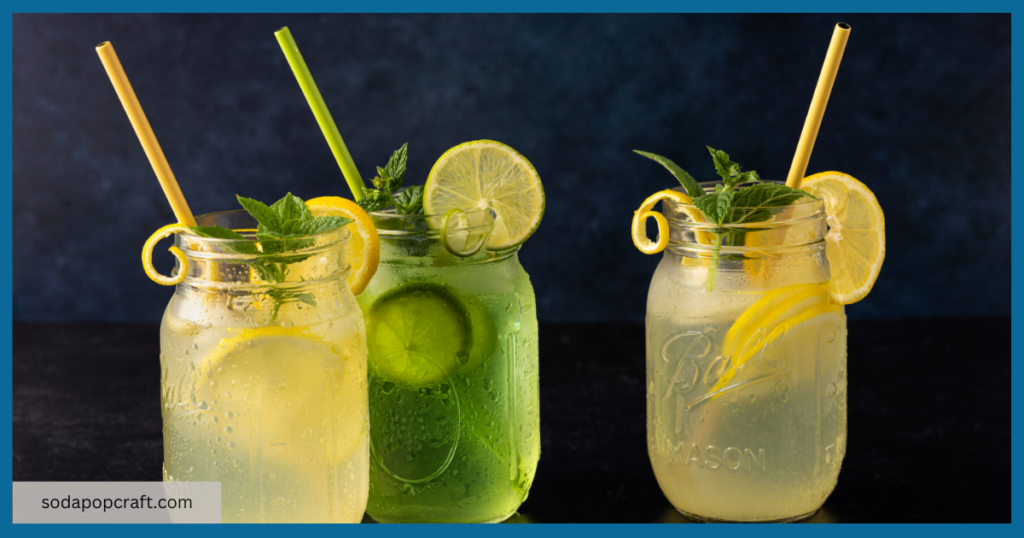 A high-quality tequila can be better. But, sometimes cheaper tequilas can taste better than good tequilas.

And it very much depends on the brand and your specific taste preferences.

After a bit of experimentation, you’ll be able to find your personal favorite tequila.

There are a few different types of tequila.

The main differences between different types of tequila are that some are made using a mix of agave syrup and other ingredients.

Whereas, tequilas like gold tequila are made from 100% agave syrup.

Also, some types of tequila such as silver tequila aren’t bottled straight away, whereas others are aged in barrels to change the flavor.

Reposado in Spanish means rest, so it means the tequila has been rested, typically a reposado tequila means it has been aged for at least 2 months.

The three most common drinks using tequila that you’ll find at bars are a classic margarita, tequila sunrise, and Paloma.

And are considered some of the best tequila cocktails.

A margarita is made using a cocktail shaker, whereas the others are made in a glass.

A tall glass such as a highball glass is particularly good for a tequila sunrise or a Paloma.

Also, as you may know, a margarita has the classic pinch of salt spread around the edge of the glass.

Salt and citrus are well-known favorites to serve with tequila.

Here’s a video from a bartender where she shows how to make all three of these drinks:

The other ingredients it contains are grapefruit juice and of course fresh ice.

You can also use grapefruit soda instead of soda water and grapefruit juice separately.

A margarita has quite a few ingredients including things you may not have around the home such as Triple Sec – an orange liquor.

Therefore, if you’re after a quick simple tequila drink, have a shot of tequila the old-fashioned way with salt and lemon juice, or make a tequila soda.

A margarita is a bit more involved but has the same salt theme with a salt rim.

Other lesser-known tequila cocktails and tequila and mixer drinks 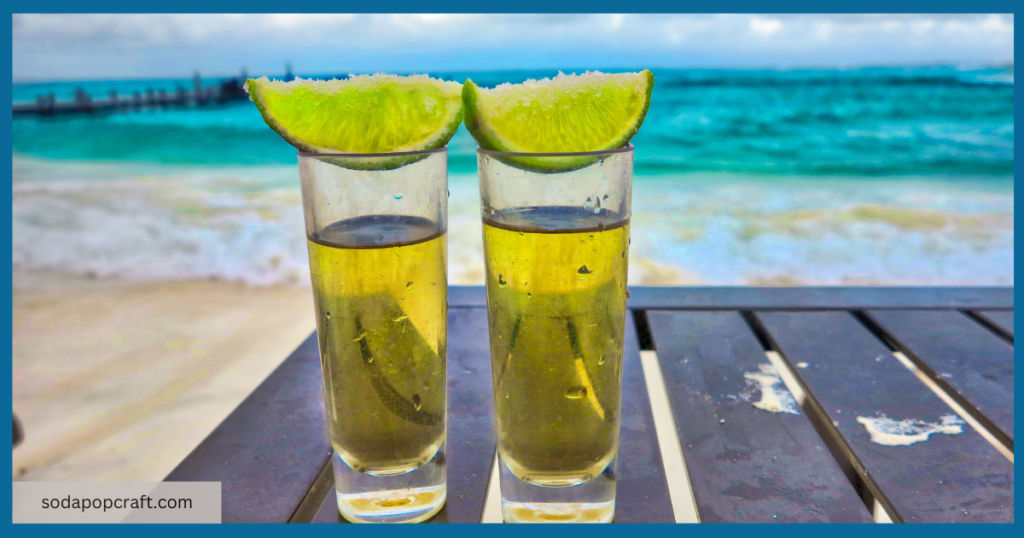 All of this is placed into a mixing glass, and mixed together to create a next-level tequila drink.

A bloody maria is a simple take on a bloody mary, which is made with vodka, tomato juice, Worcestershire sauce, and sometimes hot sauce.

But, it has the name maria which is a very common name in Spanish.

This reflects the fact that tequila is a Mexican drink. It’s a great drink but sometimes you might not be in the mood for the savory flavor of tomato juice.

In that case, a Paloma, which is a sweet cocktail that contains simple syrup, is a better option.

If you want a Paloma (containing simple syrup) with fewer calories, a good option is to use a stevia-based sweetener.

Stevia is a plant that is incredibly sweet but naturally has zero calories and zero carbs.

A classic cocktail recipe is a Moscow Mule made with ginger ale and vodka.

It’s an easy cocktail recipe, here are the ingredients.

The lime juice really brings out the ginger and gives it a refreshing bite.

It can be garnished with a lime wheel or left as is.

Lime and lemon juice are also high in vitamin C.

Instead of lime juice or lemon juice, you can crush Lime Wheel, lemon, or lime wedges to release the juice and then pour the other ingredients on top in Tequila Mixers.

I explained it in detail in another article about the best sodas to mix with vodka.

Are Tequila and Coke a Good Mix? 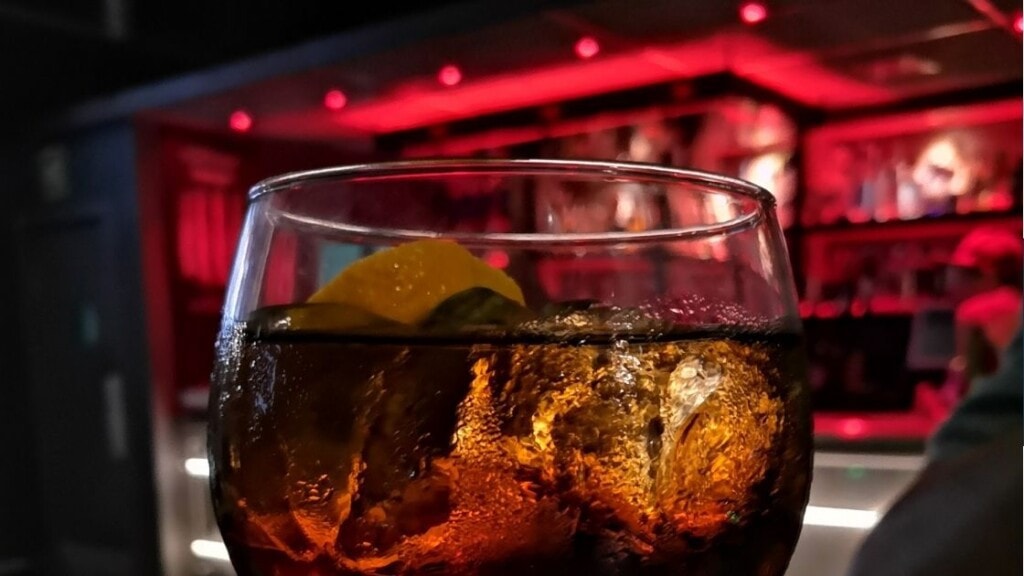 At the grocery store, there is a wide range of cola options such as Coke, and Pepsi.

Coke is a common mixer to use with various spirits.

So, here’s whether it tastes good to mix a little tequila with coke.

Overall, tequila and Coke are a good mix of refreshing beverages.

There is a well-known cocktail called a Batanga. It’s made of tequila, coke, and lime juice.

A Batanga is that it needs to be mixed with the knife used to cut the limen.

So the best way to drink tequila and Coke (soft drink) is to add a squeeze of lime or lemon juice.

A Batanga is a very simple but tasty Coke cocktail. Soft drinks can be a bit high in sugar, so it can be a good idea to get the zero/diet versions of coke.

Is Sprite a Good Mix with Tequila? 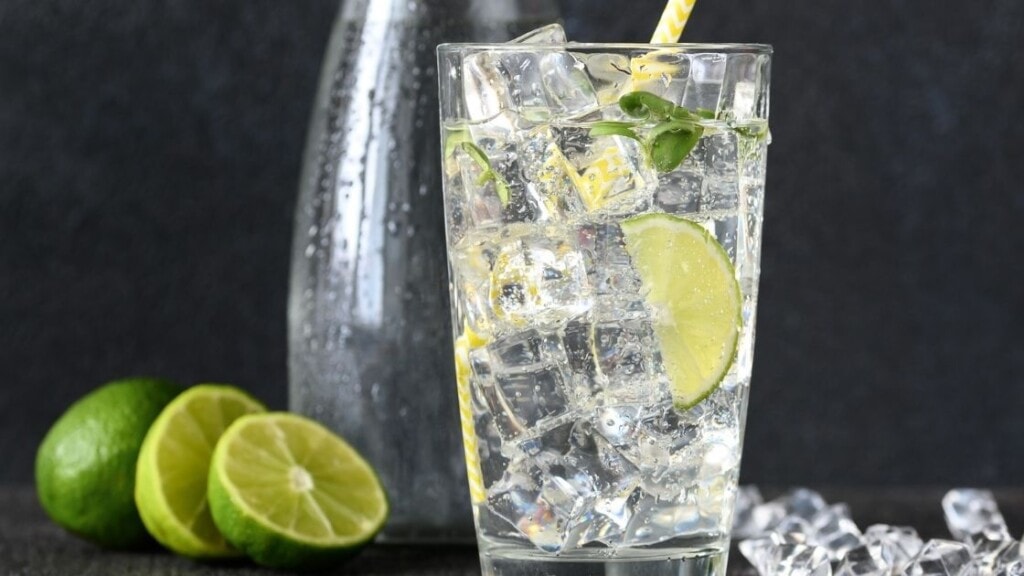 It’s common to shoot tequila with lemon, and Sprite has a sweet lemon flavor with mineral content.

Tequila is most commonly mixed with lemon/lime flavors as well, so here’s whether Sprite is a good mixer to use with tequila.

Overall, Sprite is a good mix with tequila. you can also add Mountain Dew.

Many of the most popular tequila cocktails/mixers such as a tequila soda, and a traditional margarita are made using tequila, soda water, and lemon. (margarita recipes)

So, Sprite is a great mixer with tequila.

You can even go a step further and add a slice of lime, to make a perfect refreshing drink With Tequila.

Generally, soda or tonic water is healthier to use than Sprite because it doesn’t contain any sugar.

Sugar in small amounts is OK, but if you’re having a few of these the amount of sugar you get in total can add up.

Therefore, it can be better to make one of the classic drinks – tequila soda.

Another name for this drink is ranch water, according to Southern Living.

But because Sprite is a lemon-lime soda.

Does Tequila Go with Dr. Pepper? 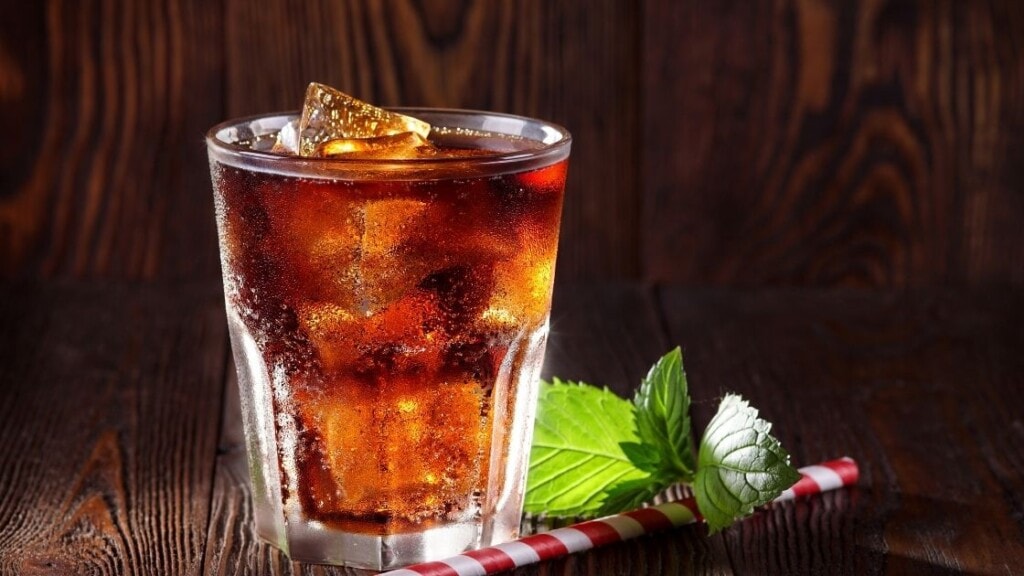 Dr. Pepper is a very popular soda that is half cola, half cherry, and cinnamon.

Some mixers taste better than others. So, here’s the rundown on whether tequila and Dr pepper taste good together.

There is a well-known tequila drink called a Batanga which is made by mixing cola with tequila, and lime.

Dr. Pepper has partly cola which goes well with tequila.

Cherry isn’t a common flavor to mix with tequila but also tastes good with sour or lime/lemon juice.

There is a cocktail called a cherry lime Rickey which is made of gin.

But, this combo also pairs well with tequila.

Most people report that provided you use something sour with tequila it really makes a huge difference.

Therefore lime, lemon, or sours are the best things to add to tequila and Dr. Pepper.

Although this is not a well-known mix, it’s an interesting drink idea.

An easy tequila cocktail with Dr. Pepper is a tequila shot, a squeezed wedge of lemon and lime, ice, and then pour over Dr. Pepper.