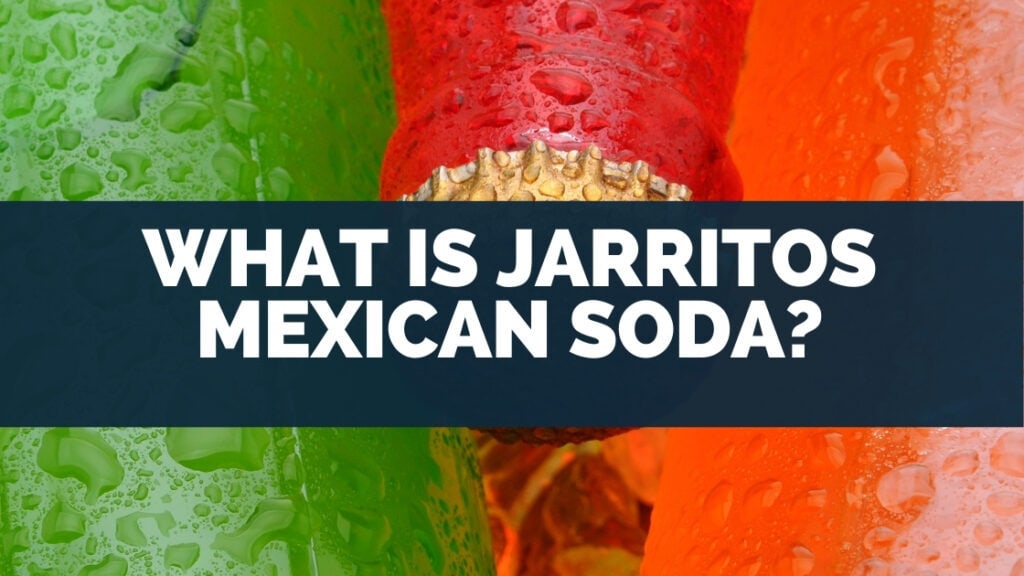 I’ve been learning about different sodas and was wondering about Jarritos Mexican sodas.

So I did some research to find out what it is, and here’s what I found.

All of their drinks are fruit-flavored, except for cola.

Whether you want to know if Jarritos is better than soda, what the best flavor is, who owns it, and where you can buy it, this article will explain everything you need to know about Jarritos Mexican soda.

Is Jarritos better than other sodas? 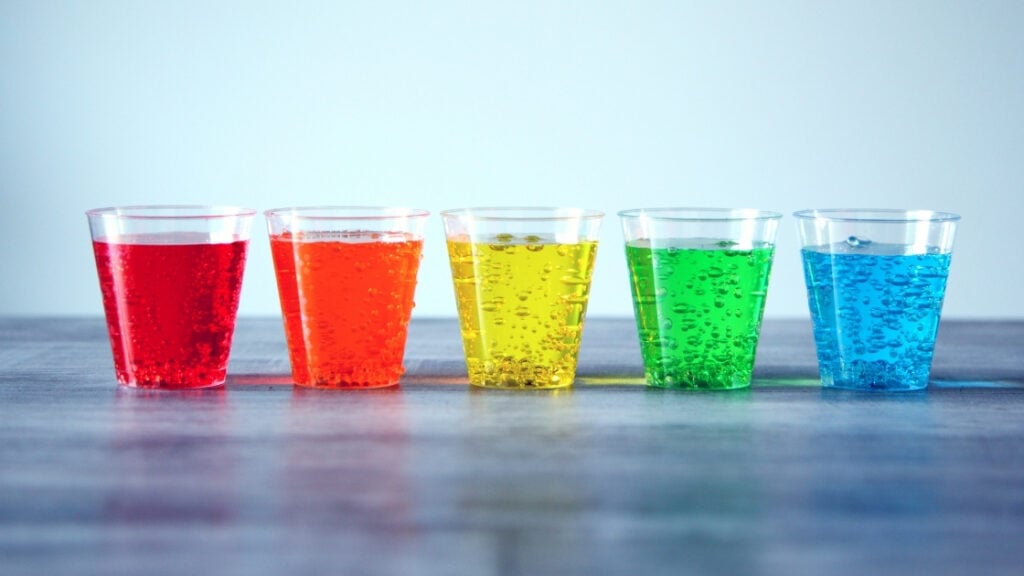 Jarritos soda isn’t better or worse than other sodas.

It has around the same amount of sugar and calories as other well-known sodas like Pepsi, and Dr. Pepper.

However, it’s made with real sugar or natural sugar rather than high fructose corn syrup.

Jarritos comes in a variety of flavors and Jarritos on Amazon has an average rating of 4+ out of 5.

Most people that did a taste test of all the different flavors found that it wasn’t bad.

But, didn’t say anything about it really stood out.

And is a solid soda that has everything you know and loves about sodas.

Here’s a table that shows the sugar content of Jarritos compared to other well-known sodas according to their Ingredient Lists:

The data is taken from the US Department of Agriculture’s Research Service (USDA) which you can see by clicking here – Pepsi, and here – Dr. Pepper.

For Coca Cola the information was taken from the official Coca Cola website here.

A unique feature of Jarritos soda is that the bottle is 13 oz (400 mL) which is smaller than the 20 oz (600 mL) larger bottle that most well-known sodas have, and is slightly bigger than a standard-sized can of soda which is 12 oz (355 mL).

The fruity flavors they have are also quite unique and rarely found in other sodas such as mandarin, guava, and grapefruit.

They probably also go down really well with a taco! 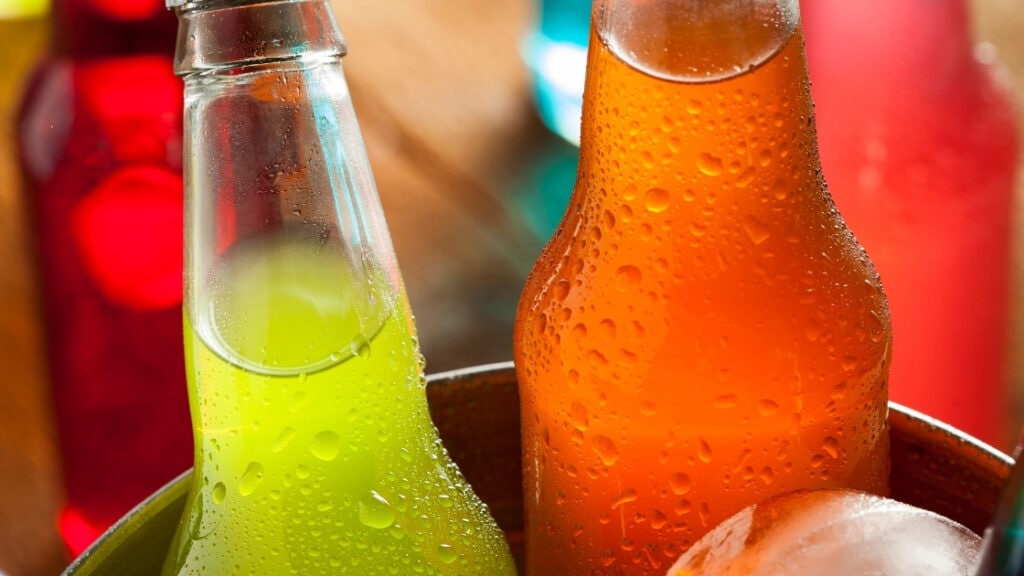 Two independent taste tests were done on every Jarritos soda flavor and Mandarin (Mandarina) was the highest-rated according to both tasters.

Pineapple and Tamarind were all ranked in the top 5.

Fruit punch, Lime, Hibiscus, and grapefruit juice were ranked by reviews near the bottom. Although, Jarritos has no health benefits.

Here’s a table in descending order so you can see which popular flavors overall were rated near the top.

Note that Spoon University also gave their natural fruit flavor a numerical rating out of 10.

As you can see there is some variation in the ratings of these natural flavors like Jarritos Pineapple and mango.

For example, Spoon University rated the delicious flavor of mango near the bottom, whereas Omar Gallaga rated it in the top 5.

Also, here’s a video of a person who tasted every flavor and provided some comments about each one:

Who Owns Jarritos and Is Jarritos owned by Coca-Cola?

Jarritos drink is not owned by Coca-Cola and is owned by the Mexican food distributor Novamex, as it’s listed on its website as one of its brands.

There are various news stories about how Coca-Cola was attempting to invest in Novamex, however, there isn’t any official press release from Coca-Cola about it.

Some facts about Novamex

Jarritos was founded in 1950 by Don Francisco “El Güero” Hill and was later sold to Novamex which has its headquarters in El Paso, Texas.

Novamex owns a range of soft drink brands – some of which have Spanish names, whereas others like C2O Coconut Water and Steaz iced tea are in English.

Where to buy Jarritos Soda? 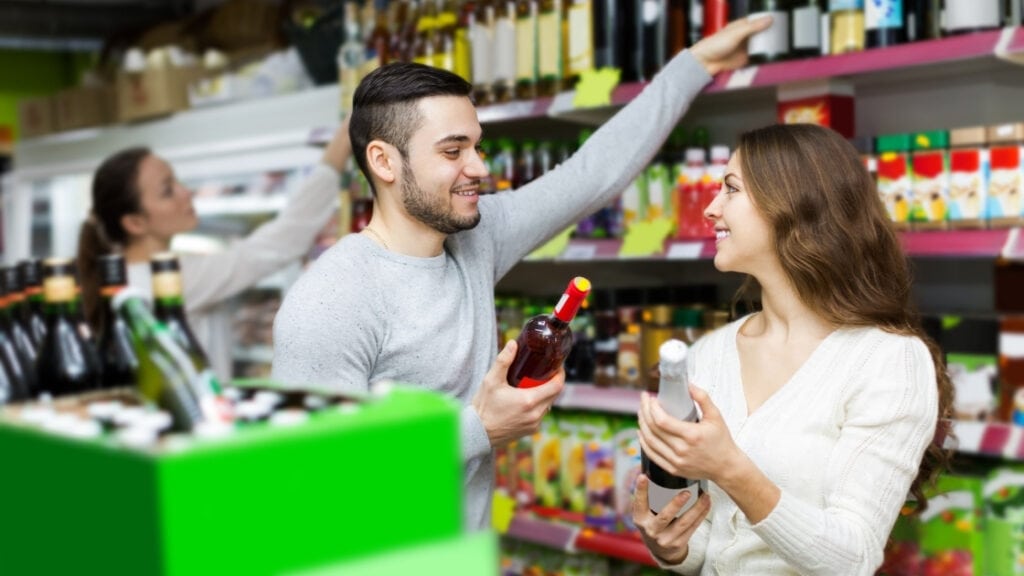 You can buy Jarritos soda on Amazon, Walmart, and at selected convenience stores throughout the USA, Canada, and Mexico.

They have a handy store locator here.

They also have international websites where you find stores that sell it, in the UK, Australia, and New Zealand.

And other smaller soda companies typically have limited distribution based on my research.

However, Jarritos soda is unique in that it’s really easy to find both in North America and Mexico, as well as in the UK, and Australasia. 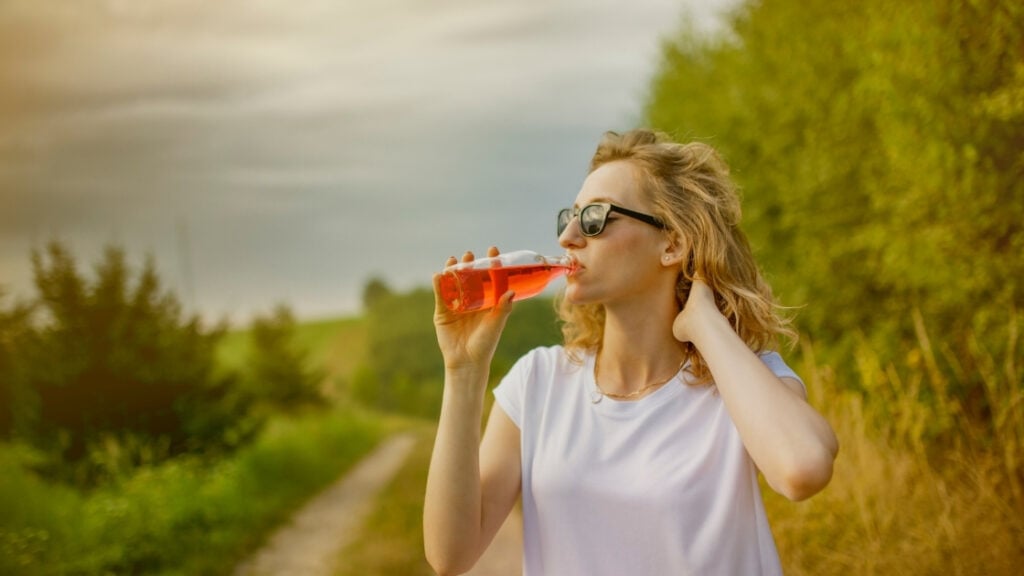 so, does Jarritos have alcohol?

Jarritos don’t make any sodas that contain alcohol so it is not alcoholic.

All of their sodas except for cola are fruit flavored and what are called ‘soft drinks’.

Is distinct from ‘hard’ sodas that contain alcohol such as hard ginger beer and hard root beer.

Is Jarritos safe to drink? 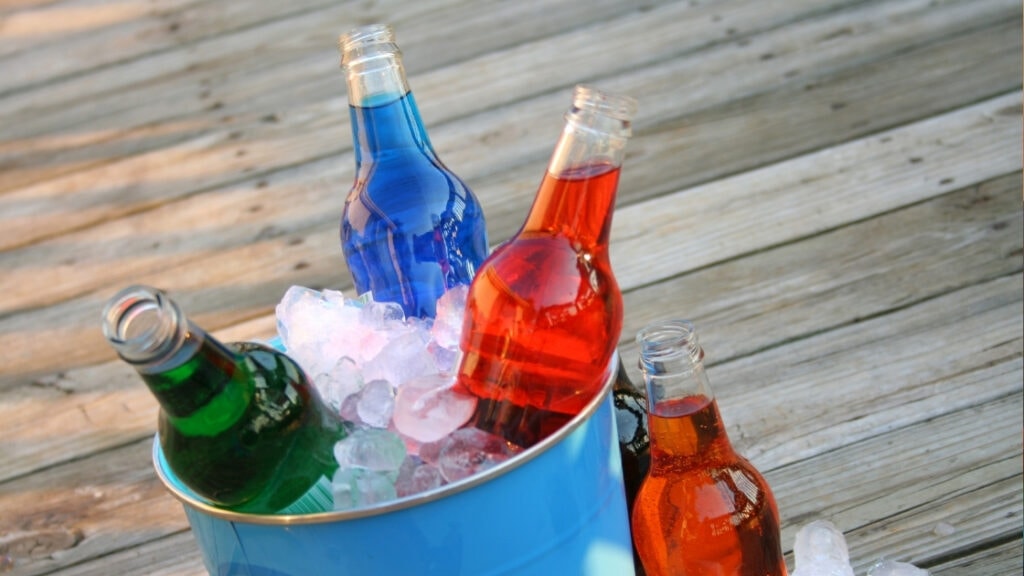 Jarritos are perfectly safe to drink than carbonated drinks and are sold in many countries, including the USA, Canada, the UK, Australia, and New Zealand.

These countries all have strict food and safety regulations and if it was unsafe to drink it would not be sold in those countries.

It does, however, contain a lot of sugar much like other popular sodas.

And therefore, you shouldn’t drink too much of it.

The American Heart Association has recommended not consuming more than 36g of sugar per day. And any more than that can increase the risk of developing fatty liver disease, and heart disease according to Harvard Medical School.

Most people also consume sugar in their normal diet, so it’s best not to consume sodas that often.

Or, to drink the sugar-free versions.

What is Jamaica flavor Jarritos? 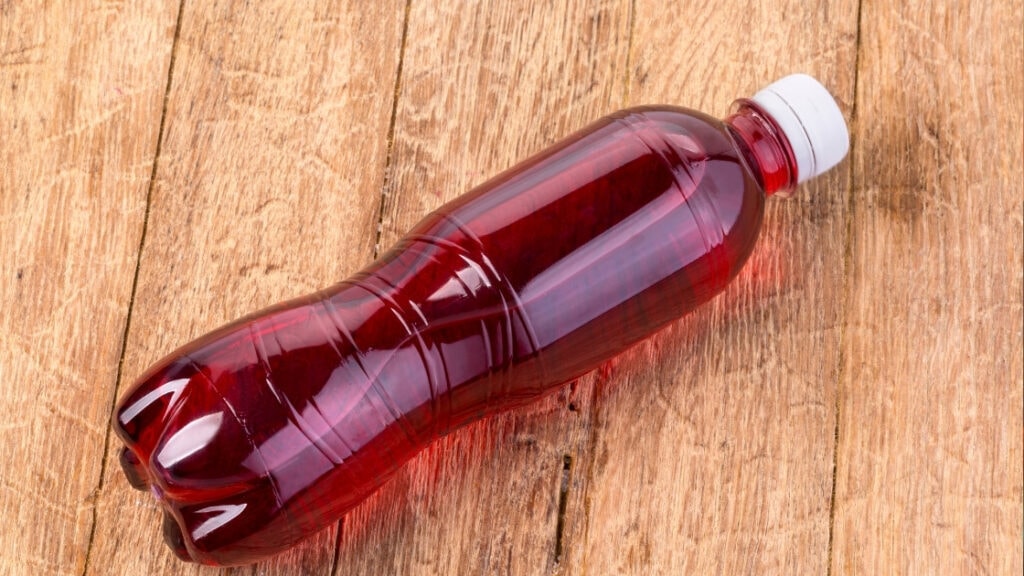 According to FONA International – a company that makes food flavors – hibiscus (Mexican food) is naturally sweet and has a tart almost cranberry flavor.

Hibiscus is a large flower about the size of the palm of your hand and comes in a wide variety of colors.

Jamaica not to be confused with the country is the Spanish word for Hibiscus and is pronounced ‘Ha – mi – ca’.

As you may be aware, the ‘j’ in most Spanish-speaking countries is pronounced as an ‘h’.

The Hibiscus flavor of Jarritos was ranked near the bottom of the Jarritos soda flavors at number 7.

But, everyone has different flavor preferences. 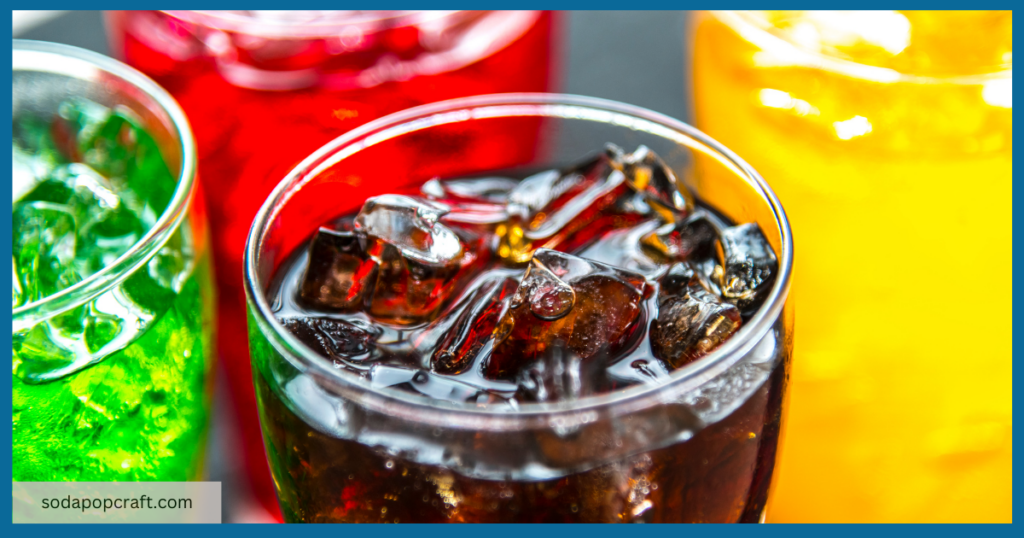 Below is a summary of the main points I covered in this article:

Jarritos Mexican soda is a brand of sodas owned by Novamex but was invented in Mexico in 1950.

All of their flavors are fruit flavors like Lime, Grapefruit, and pineapple except for their cola.

Jarritos sodas contain around the same amount of sugar and calories as other popular sodas like Mountain Dew and Pepsi.

In an independent taste test of all the flavors, Mandarin (Mandarina) was rated the best.

And two other flavors that both made the top 5 are Tamarind (Tamarindo) tamarind soda, and Pineapple (Piña).

The flavors they both liked the least were Fruit punch and Lime.

Compared to other well-known sodas Jarritos is more lightly carbonated.

And it is widely available in all English-speaking countries, as well as, in Mexican Culture.