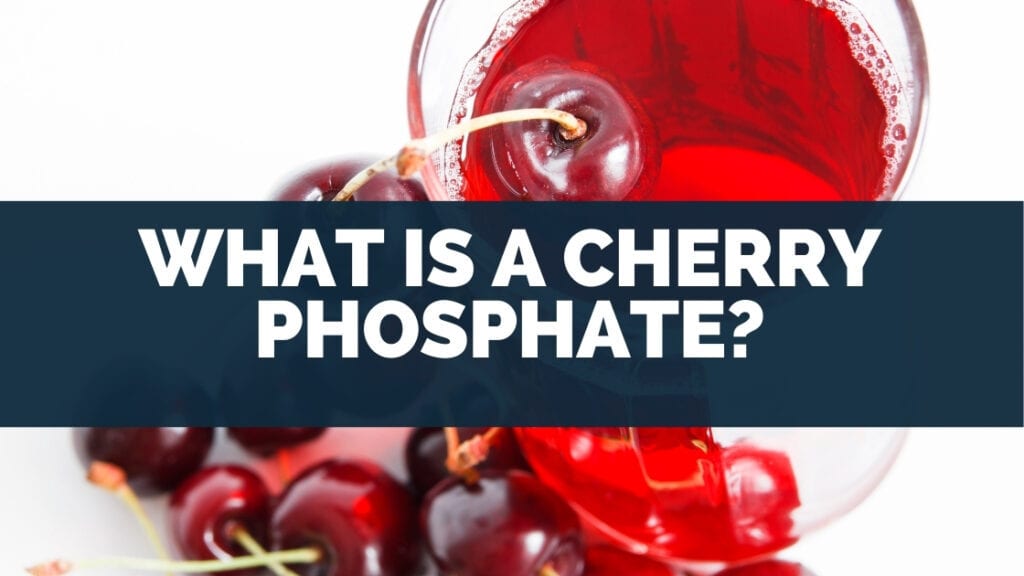 Cherry Phosphate!? Having consumed a lot of sodas, I came across cherry phosphate and I wanted to know what it was.

It’s the old name for cherry soda that was used in the 1870s according to Wikipedia.

Phosphoric acid is still used in modern sodas such as Coca-Cola and Pepsi.

Fasten your seatbelt as we dive deep into the world of cherry phosphate. 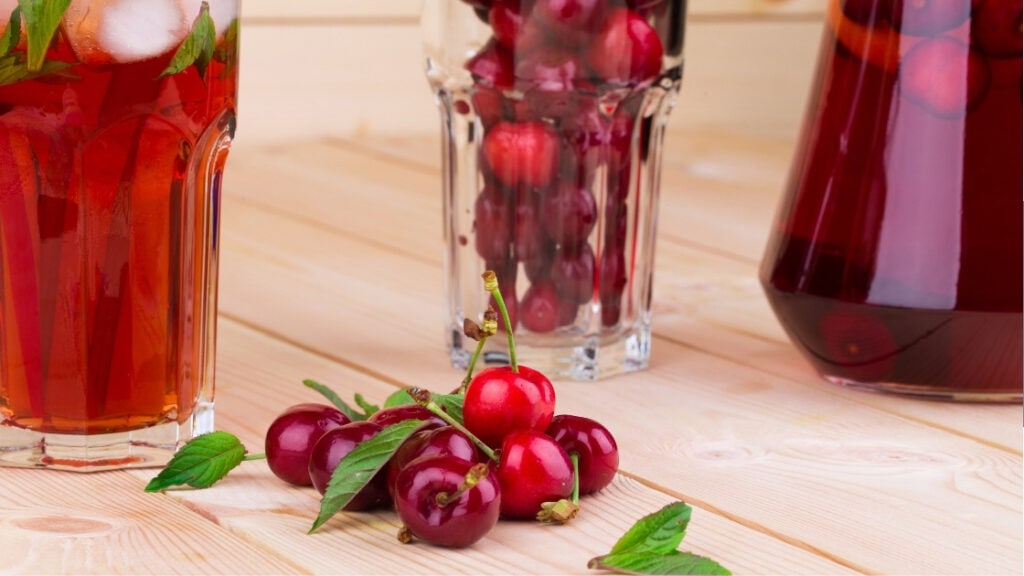 However, you can also carbonate a mixture of water, cherry syrup, and phosphate rather than using soda water or cold soda water

Cherry syrup can be made in a range of ways, but the most common is to boil down cherry juice and sugar to make it concentrated.

What exactly is phosphate? I’d heard about it in chemistry class.

Phosphorous is an element on the periodic table much like sodium (Na), and Chlorine (Cl).

It has the chemical symbol ‘P’.

Acid Phosphate is a lot of phosphorous chemicals that have bonded together and occur naturally in rocks as what are called minerals.

Phosphorus in rock form is a very soft mineral and breaks apart very easily compared to other naturally occurring minerals.

Phosphorus is mined from rocks that contain it because it’s used in agriculture – you might have heard gardeners talk about it, and it’s also used for industrial and household products such as dishwashing powder, and paints that are used to stop things from rusting, according to the Royal Society of Chemistry.

What’s used in soda is phosphoric acid which is a weak acid that’s made from phosphate.

What is a Phosphate Drink? 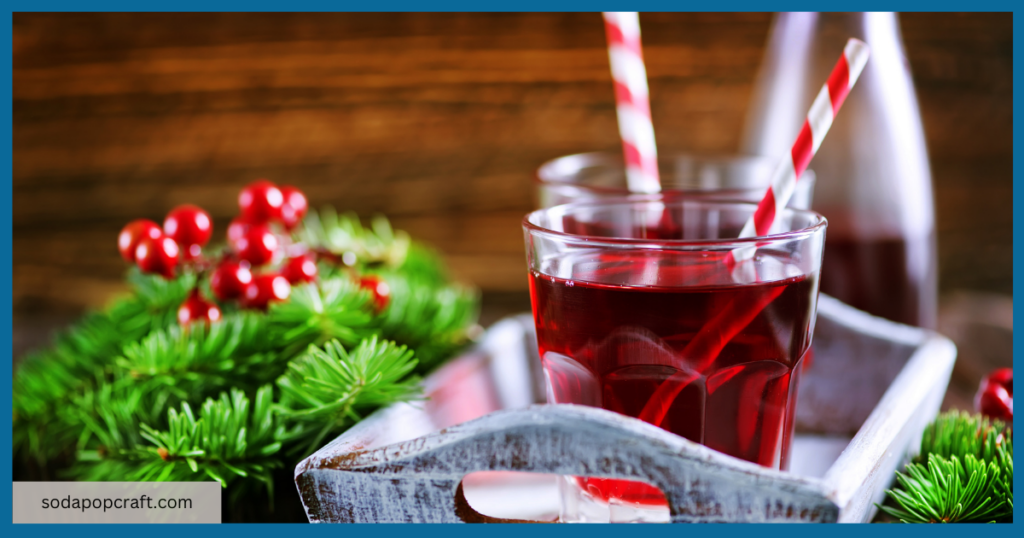 So, what is a phosphate soda?

Phosphate soda is a sort of drink with an acidic or sour flavor.

They consisted of carbonated water, phosphoric acid, and flavor.

This was probably fruit syrup, but it could have been alcohol as well.

In the 1870s, these beverages gained popularity among children in the United States.

In the 1900s, fruit-flavored phosphate sodas became popular and were offered in soda fountains.

Does soda have phosphate? 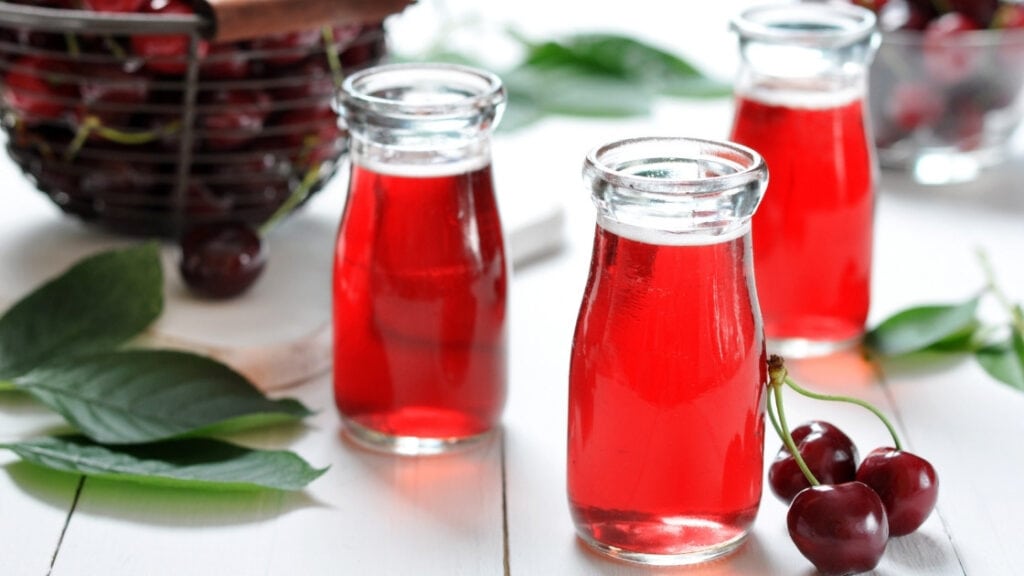 Most sodas contain phosphate in the form of phosphoric acid.

For example, the incredible ingredients list for Coca-Cola and Pepsi both have phosphoric acid.

According to Healthline, it’s used in sodas to give them a tangy flavor it’s a delicious beverage, and it also stops mold and bacteria growing from growing in soda.

Because phosphoric acid is slightly acidic it makes the soda a bad environment for mold and bacteria to grow.

Coca-Cola also says that they add it to their sodas to improve the taste. 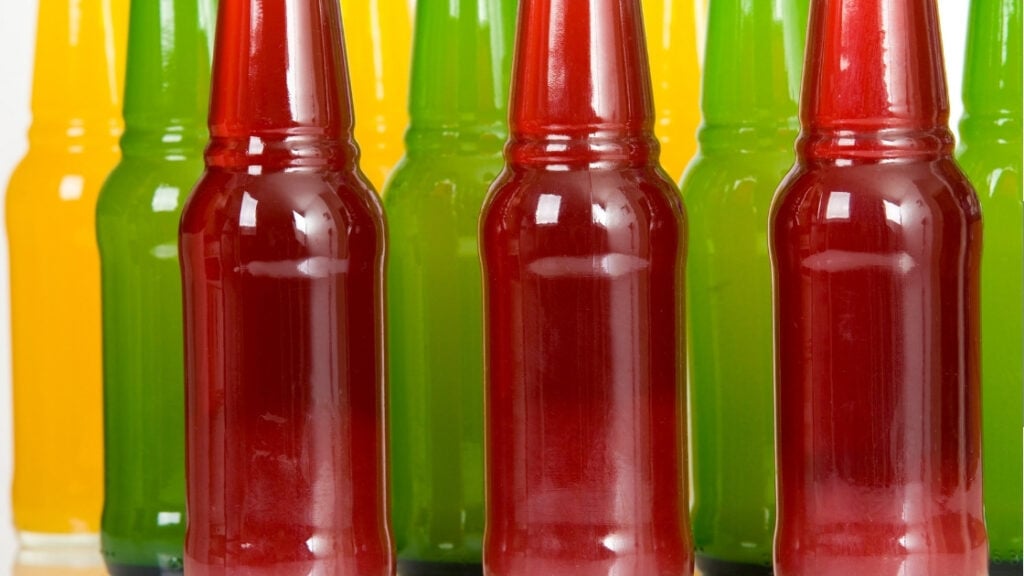 An article by Davita says that phosphates are found in:

It’s also present in foods in a range of forms.

Here’s a table that shows some foods that contain phosphates, and how it occurs:

The phosphates are the parts of the chemical formula that have ‘PO’.

And the small number next to the P and O are the different numbers of phosphorus and oxygen molecules.

Phosphate used in food has a range of uses.

For example, to make it thicker, to prevent processed eggs from changing color, and to prevent drinks from going cloudy – so they look better, and to keep food the same color.

As you may be aware, some foods change color when they’re exposed to the air.

Where can I buy cherry phosphate Near Me? 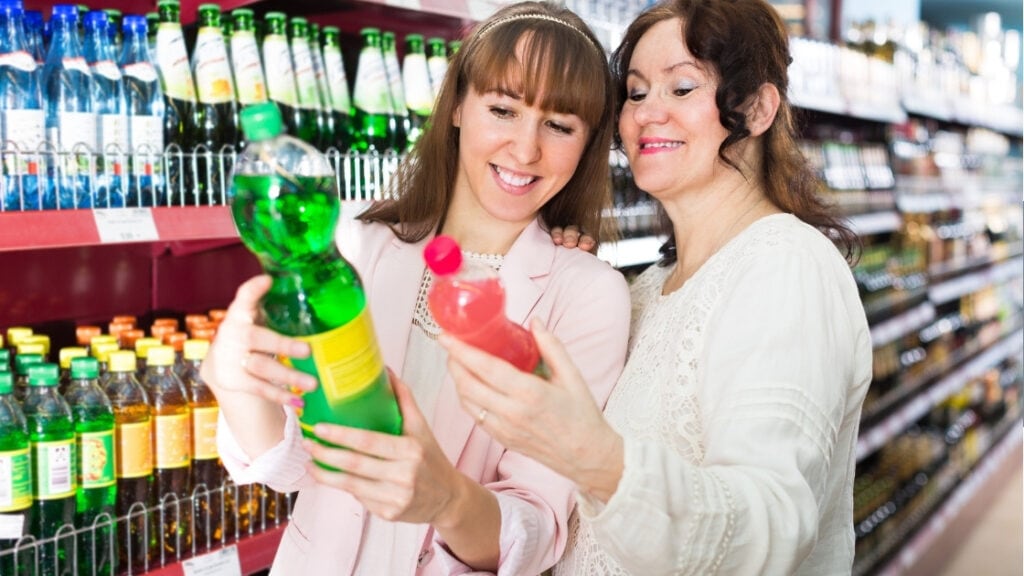 Cherry phosphate is an old term used for what would today be called cherry soda.

Cherry soda can be bought online on Amazon, at big supermarket stores like Walmart, and Tesco, and at convenience stores.

How is phosphoric acid made? 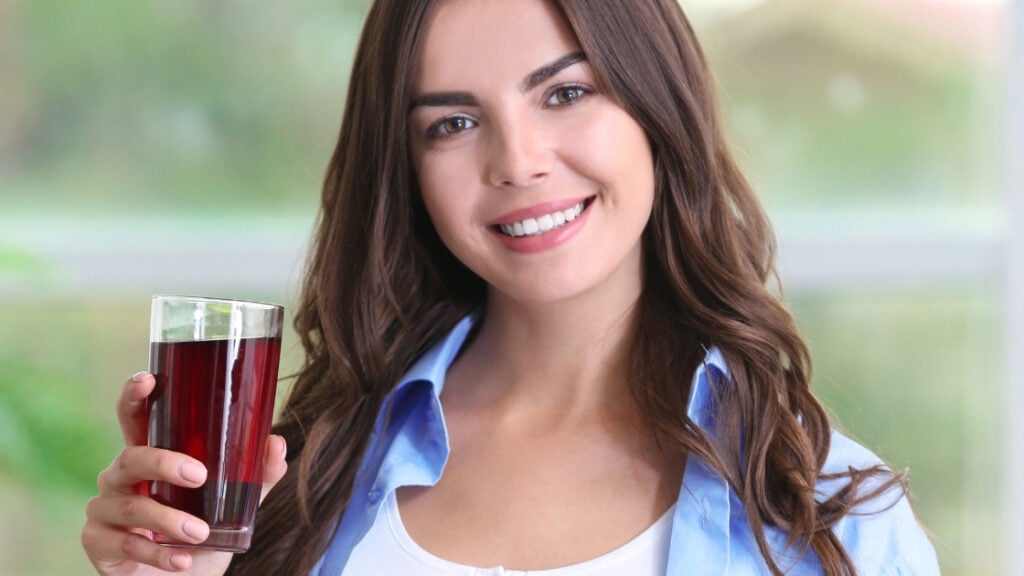 It’s made in 2 ways according to Wikipedia, one is by mixing apatite – a mineral found in rocks with sulfuric acid.

And the other is to heat up phosphate ore (rocks containing phosphate) which produces what’s called phosphorus pentoxide which is then mixed with water to make phosphoric acid.

How much phosphoric acid is in soda? 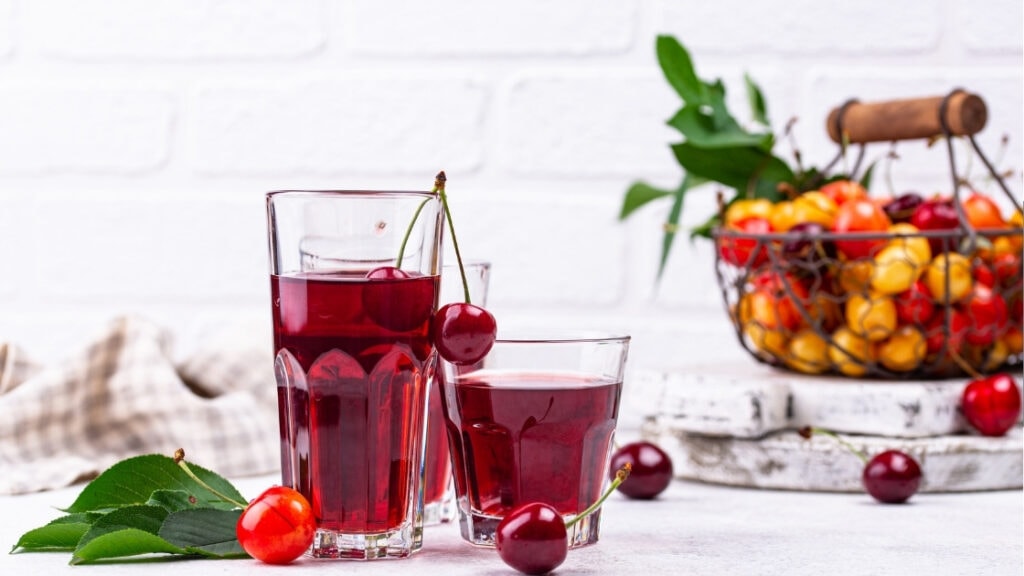 According to Chemistry Libretexts colas contain around 60 mg of phosphoric acid per 3.4 oz (100 mL) of soda.

Phosphoric acid is used in sodas for the same purpose that it’s used in colas.

By comparison, this is around 6 times as much as the amount of caffeine added to colas to improve the taste.

Although phosphoric acid is added to sodas to improve the taste, it also preserves the soda by stopping mold and bacteria from growing.

Sodas or cherry soda also contain a small amount of carbonic acid, which gets produced when the soda is carbonated.

When the CO2 gas interacts with water it makes H2CO3 which is carbonic acid.

Like phosphoric acid, it makes the soda a bit more bitter. It’s also the reason why soda water is bitter.

As you may be aware, most soda waters are made of only two ingredients: water, and the CO2 gas that’s pumped into it to make it fizzy.

I wrote about this in more detail in this article why is soda water bitter?

What is vanilla phosphate? 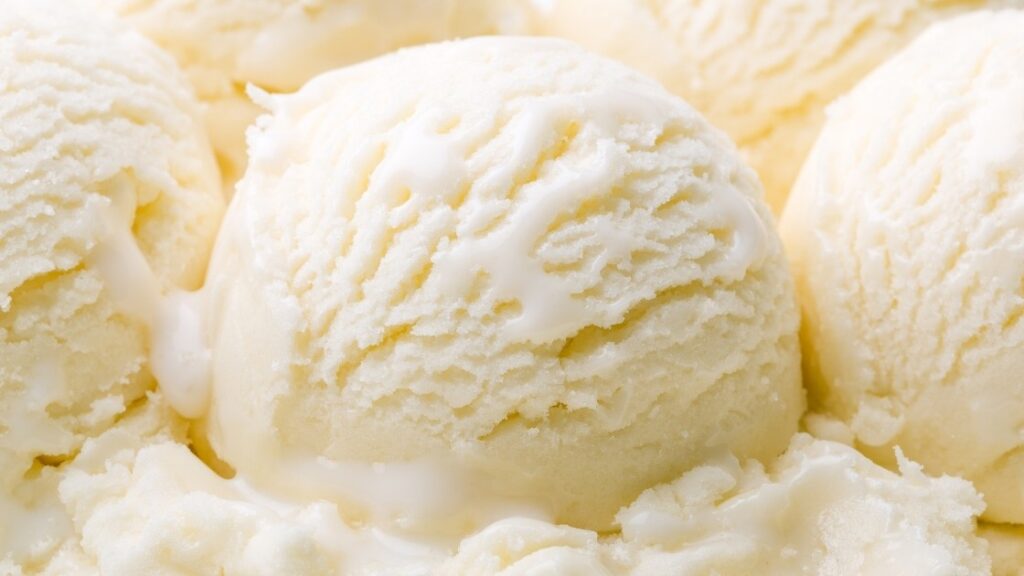 Vanilla phosphate is another name for cream soda, which is a soda typically made with vanilla extract that tastes like vanilla ice cream.

Cream sodas are usually clear in color but you can also get colored cream sodas.

It’s made by a range of brands such as Frosties.

It’s simply a vanilla phosphate/cream soda that has blue coloring added to it.

Where is phosphate found? 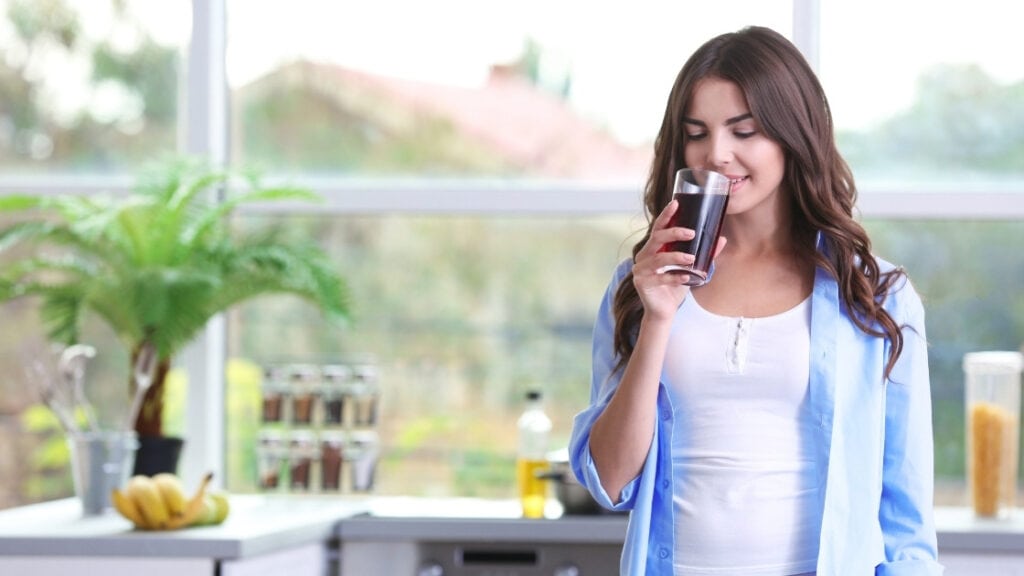 According to Web MD, phosphates occur naturally in dairy, meat, and plants.

But, they’re also found in sodas in the form of phosphoric acid.

The chemical charge of phosphorus (P), means that it easily binds with oxygen (O) to form phosphate (PO4).

The doctors at Healthline also say that the following foods are high in phosphorus:

Phosphorus naturally occurs in rocks and is released through rain and river erosion.

Where it makes its way into the soil, and eventually into plants where it’s eaten by animals.

According to Wikipedia the largest deposit of phosphorus bearing rocks is found in Morocco in Africa.

Here’s a summary of the main points I covered in this article:

Cherry phosphate is an old name for cherry soda that was used in the late 1800s.

The name comes from phosphoric acid which is used in sodas to add a tangy flavor.

It also preserves the soda by making an inhospitable environment for bacteria and mold.

Phosphates are also added to food for various purposes such as preserving the color of eggs and stopping drinks from going cloudy.

Phosphorous is a chemical element with the symbol P, and phosphate is a molecule that results from the combination of phosphate with oxygen.

Phosphoric acid is created by separating it from phosphorous-bearing rocks using either a strong acid or by heating up really hot.