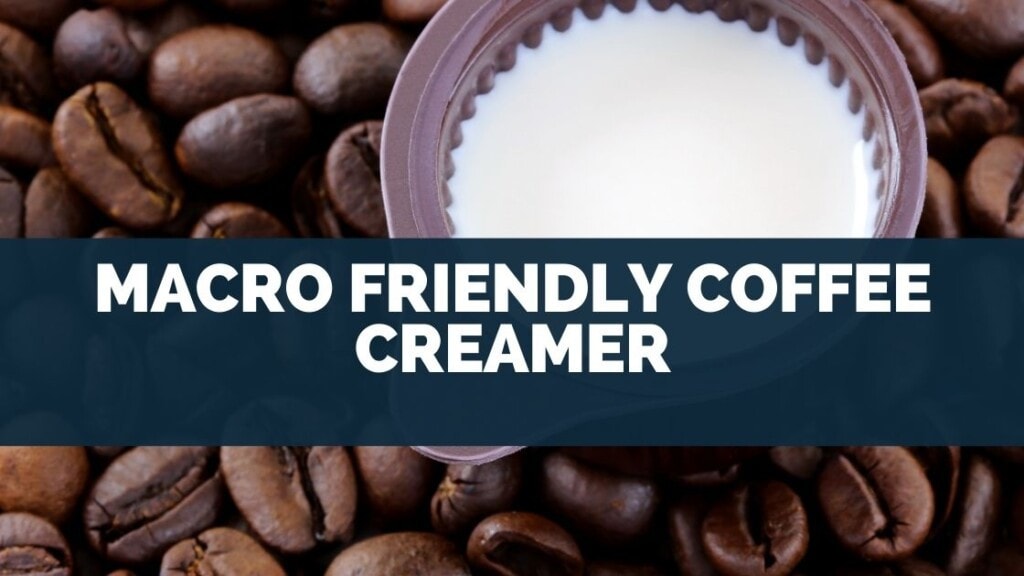 Hot or iced coffee is a very popular drink that has the added benefit of giving you an energy boost due to its caffeine content.

Studies have shown that only one-third of coffee drinkers drink their coffee black, but it’s also a good idea to choose something to make your coffee creamy that is very healthy for you.

They contain the lowest amount of carbs, fat, and calories.

In general, store-bought coffee creamers have subpar macros and should be avoided to optimize your macro intake.

In this article, I will provide a list of the best coffee creamers and show the fat content, calories, and carbs in each.

And rank them from highest to lowest in each of these categories so you can make the best decision about what coffee creamer is right for you.

What Is the Healthiest Coffee Creamer? 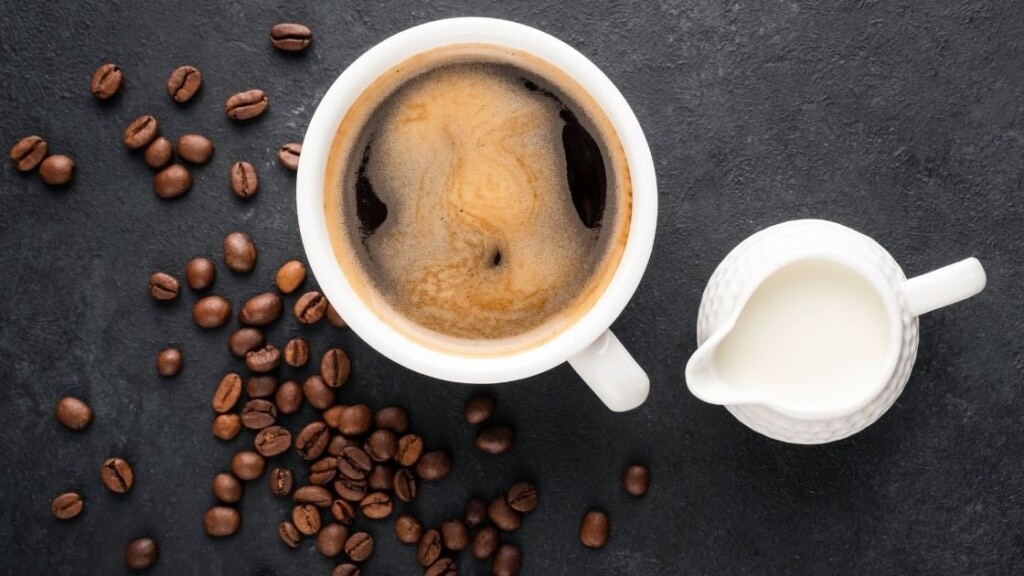 Each coffee creamer has a different amount of carbs, calories, and fat.

This makes some better than others for weight loss and for your overall health. This is the healthiest coffee creamer overall.

It contains the lowest carbs, fat, and calories out of any of the potential coffee creamer options.

Of the ‘coffee creamers’ that you buy in store, Super Creamer is the best because it contains the lowest carbs, calories, and fat.

To be able to see this better here’s a table that shows the best creamer options for coffee.

Which is about how much you’re add to a typical serving size of coffee:

Because they differ quite a bit in how much of each of these macros they contain, here are 3 tables that show the in order from lowest to the highest for fat, carbs, and calorie content:

But, the nutritional information doesn’t lie.

And some coffee creamers are a better option to maintain good macros.

Nut milks are very interesting, and many people aren’t aware how they’re made.

Here’s how almond milk is made:

All nut milks are made in the same way.

But, some nut milks and related milks like soy milk and coconut milk can be a bit of an issue for people with food allergies. If that’s the case then full cream is generally a good option.

Coffee can also be served as a cold brew which is popular at well-known cafes like Starbucks.

But, they typically contain high amounts of sugar and cream.

Although they taste amazing they can easily blow your macros out of whack.

Generic coffee creamers that you buy at a grocery store don’t have the best macros but can be OK in small amounts.

The healthiest way to drink coffee is without too much sugar.

And some creamers you buy in stores are sugary creamers.

They not only make your coffee creamy but also make it sweet.

Excess sugar in your diet can lead to heart disease, and diabetes according to medical experts.

Hot cocoa made from cocoa powder is another popular caffeinated drink to add to coffee.

Some coffee creamers are sweetened, whereas others are sugar free creamers.

They can be sweetened with sugar or artificial sweeteners.

These are food additives used in coffee creamers.

As well as, in other food products.

Coffee creamers can have different flavors such as french vanilla.

But, these typically have sugar or artificial sweeteners and artificial flavors added.

Interestingly, the amount of grams of sugar adds the same amount of carbs in grams.

For example, if a coffee creamer has 1g of sugar, it will add 1g of carbs.

And non-fat milk contains a lower amount of fat, with only 0.05 grams of fat.

Milk can be left warm up to room temperature which makes a coffee stay hotter for longer.

The best coffee creamer for a keto coffee has low carbs and high fat.

Based on these requirements heavy cream is the best.

Coconut cream can also be good but tends to have quite a savory flavor similar to a popular choice on the ketogenic diet, butter.

What Coffee Creamer Has the Least Carbs?

Limiting the number of carbs you consume is good for burning fat.

Using a coffee creamer that is low in carbs can free up space in your diet for other foods that you may not be able to consume otherwise, and can make sure you remain under a specific carb intake for the day.

So, here’s the coffee creamer that has the least amount of carbs.

Super creamer is the lowest-carb coffee creamer, with 1 g of carbs per 2 tablespoons.

Almond milk, hemp milk, and heavy cream are the lowest-carb ingredients to make your coffee creamy.

Unsweetened almond milk has zero grams of carbs and is a very healthy coffee creamer.

But, they come at the cost of limiting some of the health benefits of coffee.

This is due to the fact that they add carbs, and calories.

What Can I Substitute for Creamer in Coffee? 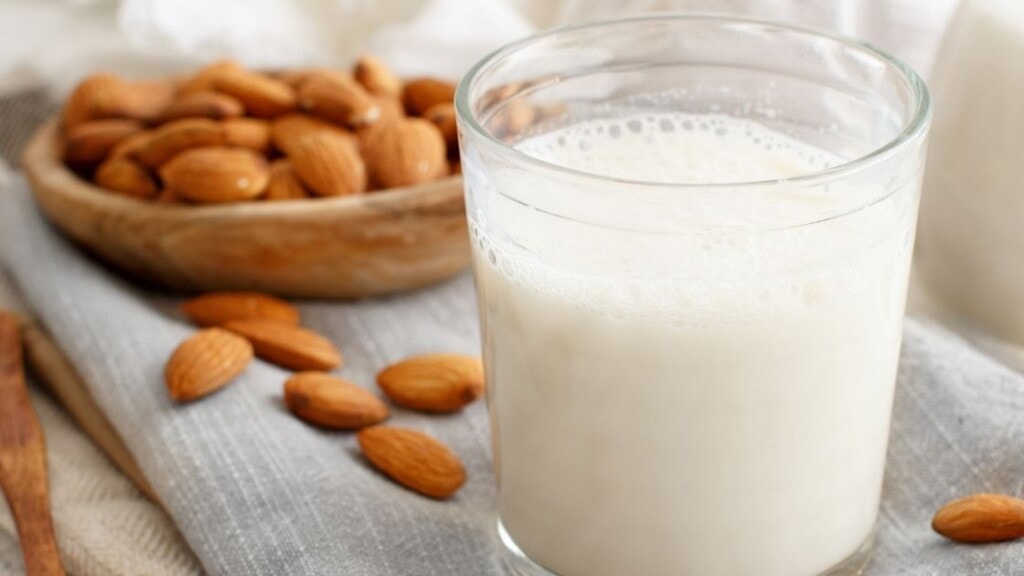 For most people a cup of coffee tastes best with added creamer.

Some creamers can be high in sugar and carbs which can be bad if you consume too much of them.

The good news is there are a lot of creamer substitutes for coffee that have much better macros, these are some of them.

Heavy cream contains a lot of fat, which makes it good for a paleo/keto diet.

There are a few simple ingredients that can be used as sugar substitutes to add the sweet taste that some coffee creamers provide.

Sugar can often lead to a sugar crash which can affect your energy levels.

This makes these natural coffee flavor enhancers/sweeteners a better option.

These also add natural flavors that make a coffee even more delicious.

The extra flavor provided by natural ingredients like nutmeg, or cinnamon can also be quite healthy, as these naturally contain antioxidants. free radicals

Monk fruit sweetener is a good option to sweeten your coffee without adding the extra carbs that are in sugar to your coffee.

Sweet coffee tends to be much more delicious because it balances out the bitterness of the coffee.

But, creamers can also make a coffee ‘taste’ sweeter because they aren’t as bitter, even though creamy liquids like milk and cream, aren’t technically sweet.

What Is the Healthiest Non Dairy Coffee Creamer? 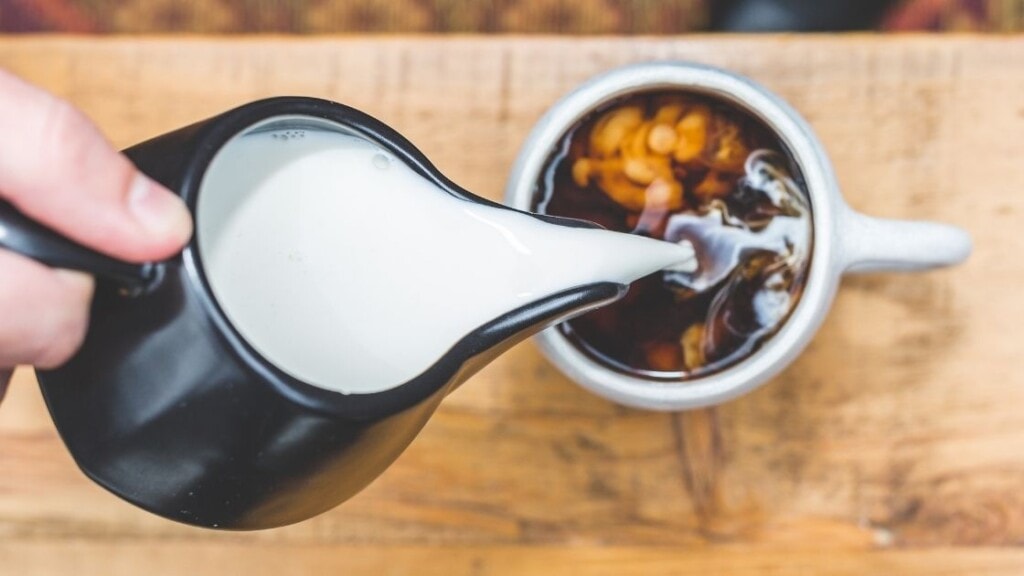 A cup of joe first thing or before about the afternoon is very nice on a break, or with breakfast.

But, for most people’s taste a cup of coffee is much improved by adding something to make it more creamy.

Some people have a dairy intolerance or prefer not to consume dairy products so here’s the best non dairy coffee creamer.

It’s made by juicing almonds, and contains one of the lower carbs, fat, and calories of any coffee creamer. Other good options are soy milk, and oat milk.

A great way to make a non dairy coffee creamer is with almond milk and some other ingredients such as cinnamon, nutmeg, and cardamom.

This makes it more similar to a cup of chai, or a chai latte.

I recently became interested in what a chai latte is.

So I looked into how it’s made. I summarized what I found in this article about whether a chai latte is a coffee or a tea . 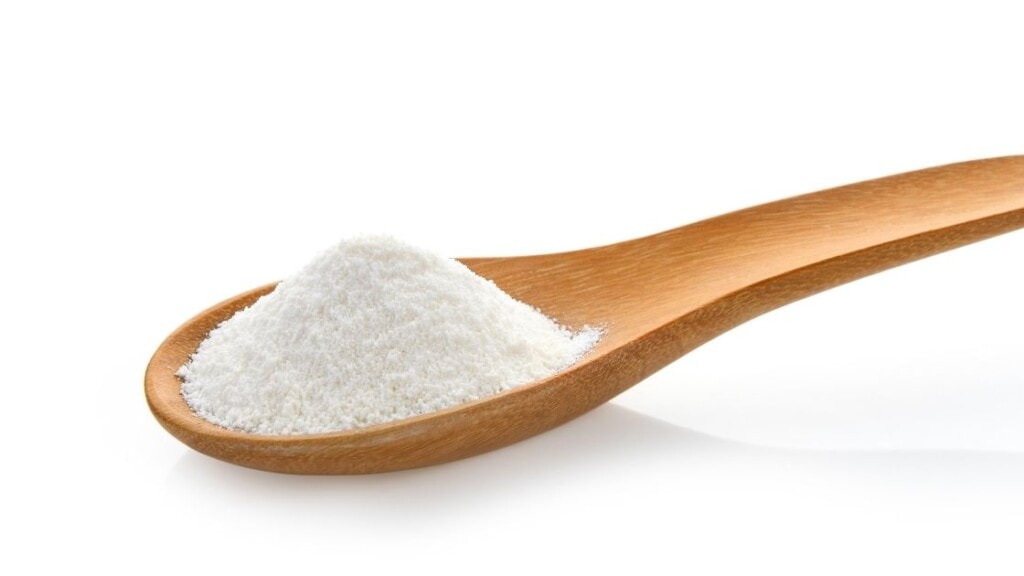 A morning coffee is one of the best ways to start the day, and interestingly a black coffee has zero carbs which makes it great on the keto diet.

A keto diet is low carb, and high fat, so based on these two parameters here’s whether coffee creamers are keto friendly.

In general coffee creamers are not keto friendly.

They contain a high amount of carbs, which makes them unsuitable on a keto diet.

There is also a well known type of coffee called a bulletproof coffee.

It’s made by using grass-fed butter, or grass-fed ghee.

Medium-chain triglycerides is the scientific name for pure fat.

Fat is considered healthy on the keto diet and adding it to foods is seen as very healthy.

Coconut oil is another keto-friendly option.

I explained in detail how to make a keto coffee in this article that covers some of the most popular keto coffee recipes.

All of these are considered healthy fats, and are recommended on a paleo or ketogenic diet.

There are also specially made keto coffee creamers and keto-friendly sweeteners, that are low in carbs.

On the ketogenic diet the idea is to limit the amount of carbs you consume.

The creamy texture provided by coffee creamers can sometimes come at the cost of having a lot of added sugar.

Therefore, care needs to be taken to choose ones that are sugar free, or are sweetened with low calorie sweeteners such as stevia or artificial sweeteners.