Coca-Cola is one of the most successful beverage companies in the world and has created several variations on its classic original Coca-Cola formula.

One of the most famous varieties is Cherry Coke. Cherry Coke takes the classic coke formula and adds in a splash of cherry flavoring for good measure.

One of the most common questions about Cherry Coke we get is:

It is indeed. In fact the majority of Coca-Cola’s products, including Cherry Coke Zero, are suitable for consumption for vegans and vegetarians.

That means that Cherry Coke is not made with any animal by-products and vegans and vegetarians can drink Cherry Coke totally guilt-free.

So yes, Cherry Coke is vegan.

However, not everything on Coca-Cola’s product list is 100% vegan.

While almost none of their drinks contain big offenders such as milk and other dairy products, a handful of their less-well-known products do contain some animal by-products.

You now probably have some further questions on those specific Coca-Cola products so i put together this guide on their different products and tier ingredients to figure out which ones are made using animal by-products and which ones are suitable for vegans and vegetarians to consume.

let’s get to it

What Does it Mean for Food to be Vegan?

Many people also consider products that use ingredients that have been tested on animals to not be vegan as well.

An instructive example is Guinness beer.

Guinness beer does not contain any animal products, but Guinness beer is made through a process that uses isinglass, which is made from fish bladders.

So even though Guinness does not technically contain isinglass, it is not considered vegan because animal products were used in its production.

8 of these ingredients are unambiguously vegan and are not produced using animal products.

For example, high fructose corn syrup is made from corn starch and phosphoric acid is made with inorganic chemicals.

The only cause for concern for vegans would be the “natural flavorings.”

Coca-Cola keeps its natural flavor formula a closely guarded secret, so we don’t actually know what it is made of.

There are many rumors on the internet that Coca-Cola’s secret formula contains carmine dye, which is commonly made from crushed insects.

However, the FDA mandates that any foodstuff that contains carmine dye must indicate it on the label.

So if Coke contained carmine dye, then it would have to be on the label.

It is not, so we can be fairly confident Coke does not contain carmine dye.

So, to the best of our knowledge, original Coca-Cola is 100% vegan, in every sense of the term. 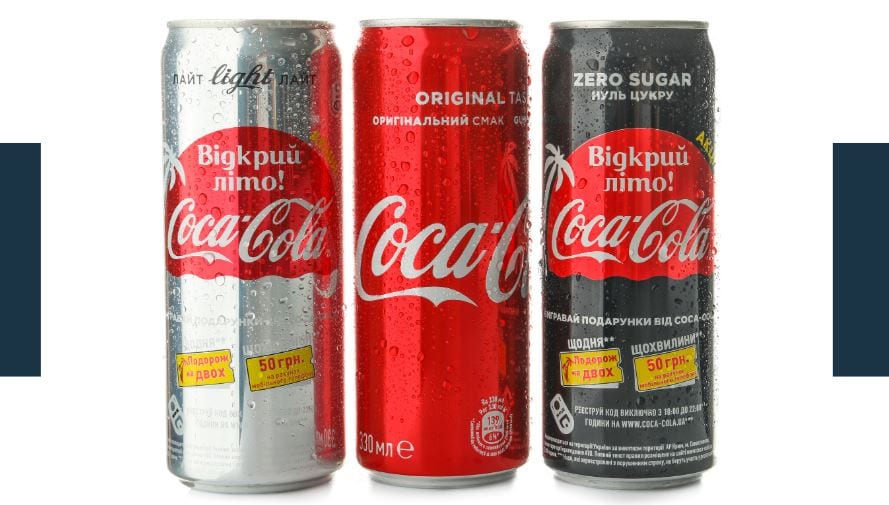 The main ingredients in Diet Coke, Cherry Coke, and Vanilla Coke are exactly the same as Regular Coke:

Again, the only concern here would be the “natural flavoring” components.

According to official Coca-Cola sources, natural flavorings for these drinks also do not contain any animal products.

So Diet Coke, Cherry Coke, and Vanilla Coke are all also vegan and contain no animal by-products.

Are Sprite and Diet Sprite Vegan? 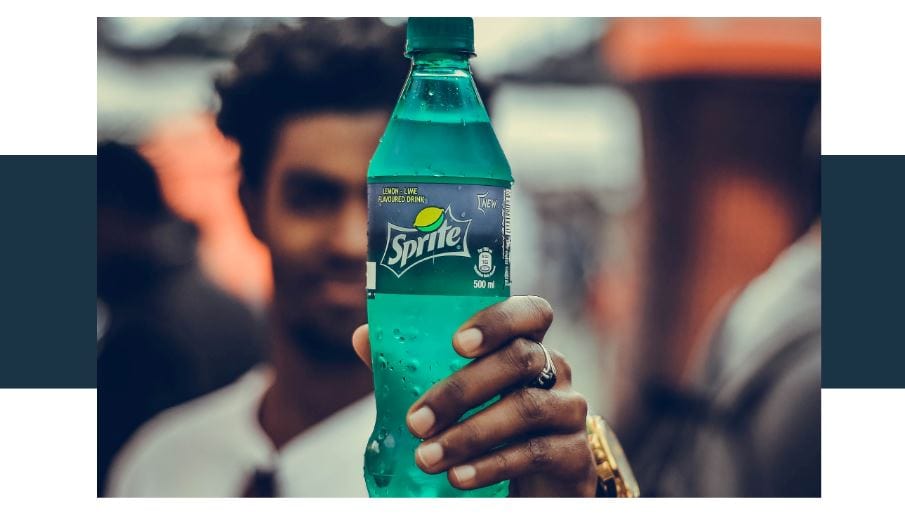 Sprite is another popular drink made by the Coca-Cola company.

As is the case with Coke, the only cause for concern is the “natural flavors.” Coca-Cola claims that these natural flavorings do not contain animal byproducts.

However, Sprite does contain an artificial dye called yellow-5, which has been associated with animal testing.

So depending on how strict of a vegan you are, Sprite may not be considered vegan because it uses products that have been tested on animals.

Coke Zero contains the exact same ingredients as regular Coke, except instead of high-fructose corn syrup (or cane sugar, depending on where it is made), Coke Zero contains an artificial sweetener called aspartame.

Aspartame and other artificial sweeteners are made synthetically in a lab, so it neither contains nor uses animal by-products in its production.

What Coca Cola Products Are Not Vegan?

The Coca-Cola Company has an entire list of products that are not suitable for vegetarians and vegans to consume.

Most of these drinks are not vegan because they use fish gelatin as a stabilizer for their coloring.

Honest Lemon and Honey also contains honey, which comes from bees, so it is also not considered vegan by most people.

The Costa Ready-to-Drink Coffee products contain milk and other dairy products, so they are certainly not vegan.

Glaceau and the Schweppes drinks contain vitamin D that is normally sourced from lanolin.

Lanolin is most commonly made through a process that uses sheep wool.

Even though the process does not hurt the sheep, most vegans would not consider products that contain lanolin to be vegetarian or vegan. 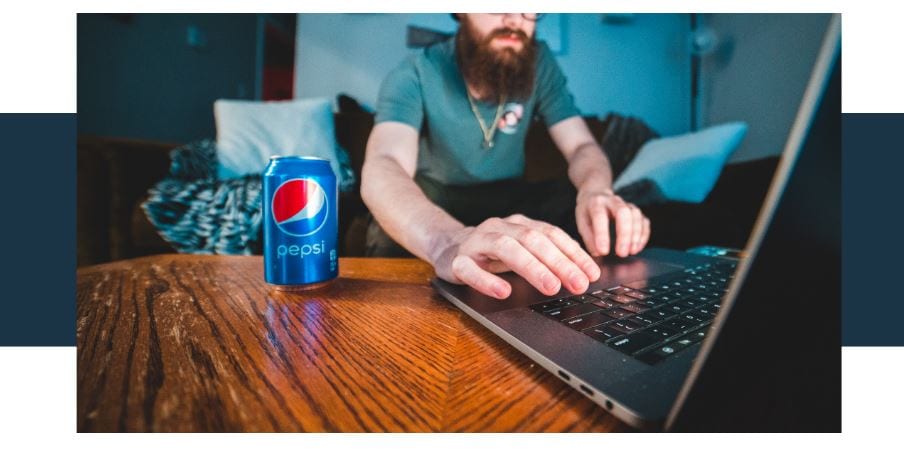 So regular Pepsi is suitable for vegan consumption.

However, the company does state that Diet Pepsi and Caffeine-free Diet Pepsi are not vegan.

We do not actually know what ingredients make Diet Pepsi and Caffeine-free Diet Pepsi non-vegan, but according to the company, they are not suitable for vegan consumption. 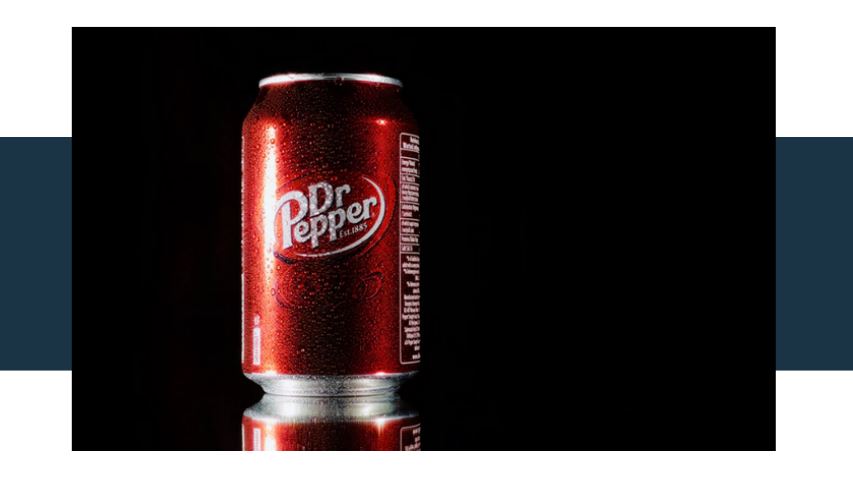 Dr. Pepper is another popular competitor to Pepsi and Coke products.

Dr. Pepper is known for containing 23 ingredients, many of which are a secret.

However according to the company, none of those ingredients contain animal products or are made using processes that involve animal products. So yes, Dr. Pepper is vegan.

Coca-Cola has a wide list of products, so knowing the exact ingredients in each of them is important for vegans who want to eat more ethically.

The majority of Coca-Cola’s products, including their most popular ones like Coke, Cherry Coke, Diet Coke, Coke Zero, and Sprite, are considered vegan and do not contain animal by-products or use animal by-products in their production.

What is less clear is how many of these products contain ingredients that have been tested on animals.

So depending on how strict of a vegan you are, some of these products may not be vegan because they use things that have been tested on animals.