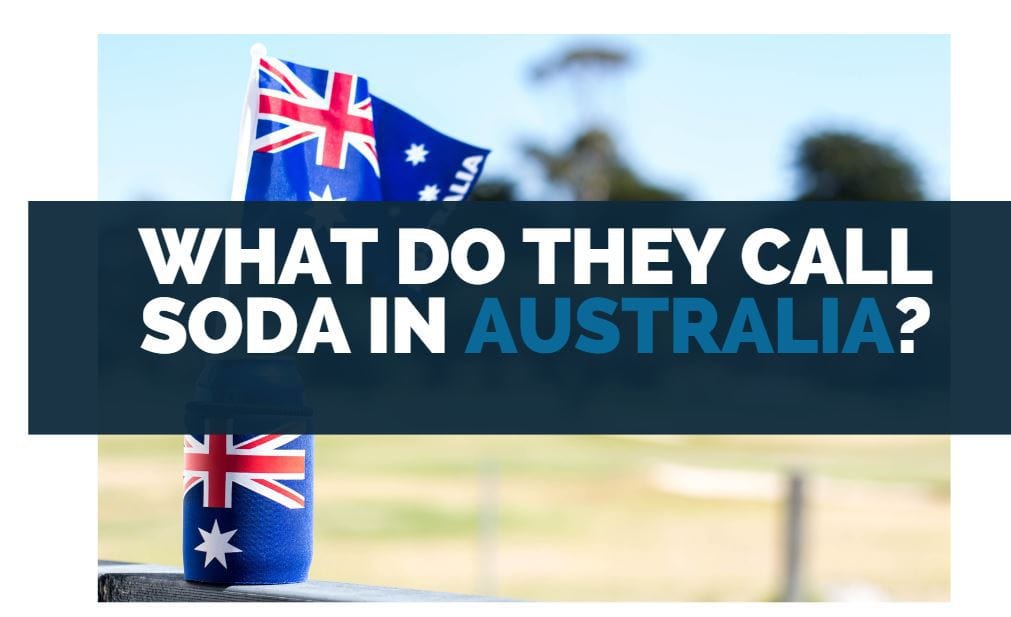 Soda is known for many things throughout The United States of America and across the world.

If you plan on traveling you may want to learn the common terms for sugary drinks so people know what you’re talking about.

So let’s start with Australia…

What do they call soda in Australia?

In Australia, they call soda a soft drink.

This can be a term used in The United States of America as well but it’s not as common as saying soda or pop.

Calling a soda a soft drink is just one of the language differences between Australia and The United States, even though they both speak English.

Many common terms we have in The United States are called something different in Australia.

If you want to bake in South Australia you will need to know that baking powder is called bicarb soda.

It is important to know the slang and common terms for things when traveling abroad, even if you think it won’t matter.

Soft drinks are called that concerning a hard drink, like alcoholic drinks.

The term soda was developed in The United States because many soft drinks could be purchased at soda fountains.

The term never caught on in Australia.

Many of the sodas that are enjoyed in The United States Or in Europe can be purchased in Australia.

Coke is very popular in Australia and is even produced and bottled throughout the country.

Some fans of the drink may also notice that a Coca-Cola Australia tastes different than a Coke in The United States.

While visiting Australia, it may also be fun to try local sodas. South Australia has several Australian soda companies, some of which are local to specific areas of the country.

It is always a good idea to try local foods and drinks, no matter how similar they may be.

There are many different kinds of local sugary drinks and sugary drinks companies to try if you plan on visiting South Australia.

Soda in Australia is similar to soda in The United States.

Is Australian Coke Made With Cane Sugar? 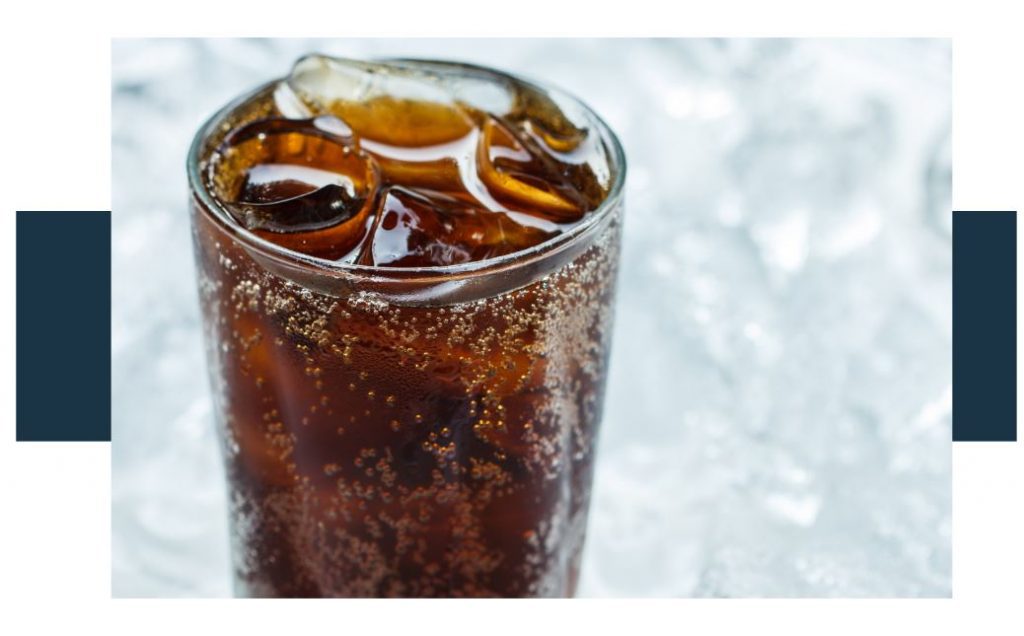 Coke is a popular drink around the world. Australia is no exception.

Coke has been sold in Australia for eight decades.

Shortly after being shipped to Australia from The States, Australia began to make Coke in Australia.

Moreover, international markets were small in even big cities at the time.

The Second War helped increase Coke’s popularity in Australia due to American Servicemen bringing it to Australia.

Coke increased in popularity shortly after The Second World War and the ensuing Post-War Boom, Australia was able to set up franchises throughout Australia and Australians began to make Coke themselves.

Coke has remained popular in Australia ever since.

People with sharp taste buds may notice a difference in Coke made in Australia.

Coke made in Australia is made with cane sugar rather than high fructose corn syrup.

This applies to most Coke made around the world.

The Coke made in Australia is the original recipe for Coke, even though they don’t advertise that on their bottles and cans.

Coca-Cola Australia has never changed its recipe, thus they do not need to advertise that it’s the original Coke that we know and love.

Coke fans may also be happy to know that one of the most successful and fun marketing campaigns Coke engaged in started in Australia.

The advertising campaign that put names on bottles and cans of Coke started in Australia.

Australian population was very excited to get their hands on a bottle with their name and the excitement soon spread worldwide.

Coke in Australia is very popular as a fizzy drink.

If you enjoy Coke it will be good to try a Coke made with cane sugar and to be in the country where a popular advertising campaign started.

It can also be fun to try other types of Sugar-Sweetened Beverages and sodas available in Australia.

Australia has many popular soft drink companies. Some of these Sugar-Sweetened Beverages are available throughout the country and others are available more locally.

It is worth it to try at least one of these local drinks if visiting Australia.

One of the popular soda companies in Australia is Bundaberg.

They offer many different flavors of drinks, some people would be familiar with in The United States, and others would be less common to have, such as Guava and Peach flavors.

They also have a Lemon Lime and Bitters drink which is very popular among the Australian population throughout Australia.

They offer many fruit-flavored drinks such as Blood Orange and Passion Fruit.

They boast that they are low-calorie drinks that can be more than a treat but can be enjoyed every day.

The popular soda companies offer a ginger beer drink, which can be mixed in alcoholic drink or on its own.

When visiting Australia it is worth it to try the local drinks that are popular with the locals and expand your taste horizons.

Whether this is trying a ginger beer soft drink or a fruit-flavored soft drink is up to you.

Not all popular drinks in Australia are Sugar-Sweetened Soft Drinks, sodas or alcoholic drink.

There is a variety of drinks that are popular in the island nation. Including hot drinks of different varieties.

What is Jarrah Drink? 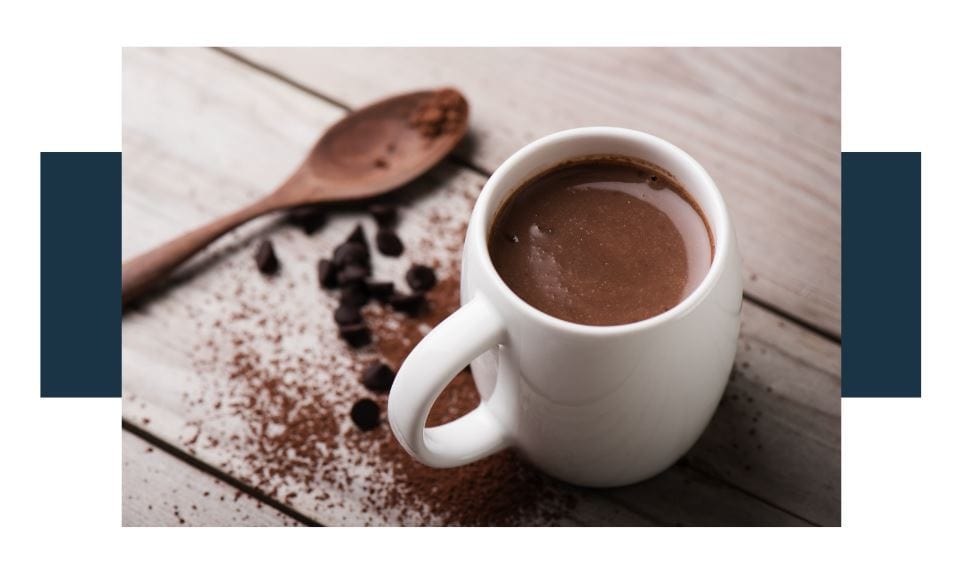 They offer a variety of mixes and tastes that can appeal to everybody.

They offer a drink selection that is more than soda and alcoholic drinks that most everyone can enjoy.

When traveling in Australia you may want to try how the country wakes up by trying one of the most popular coffee brands in the nation.

Depending on the weather you may also want to try the company’s different hot chocolate flavorings.

Though Jarrah is a hot chocolate company, it has low-calorie options making it a great option for people who don’t want all the calories that are typically associated with sweet and hot chocolate drinks.

These low-calorie drinks are offered in many different flavors for everyone to enjoy.

You can even enjoy it cool if the weather is hot.

Jarrah shows that drinking in Australia is not just soda drinks and alcoholic beverages.

Even if you do not enjoy these types of drinks, you can still try the local country’s drinks options.

These drinks are available for everyone to try, no matter your tastebuds or age.

If you plan on visiting or going to Australia for any reason, it is important to think about all the different ways you can enjoy the country.

No matter what you’re interested in drinking, Australia has something interesting on offer for you to try.