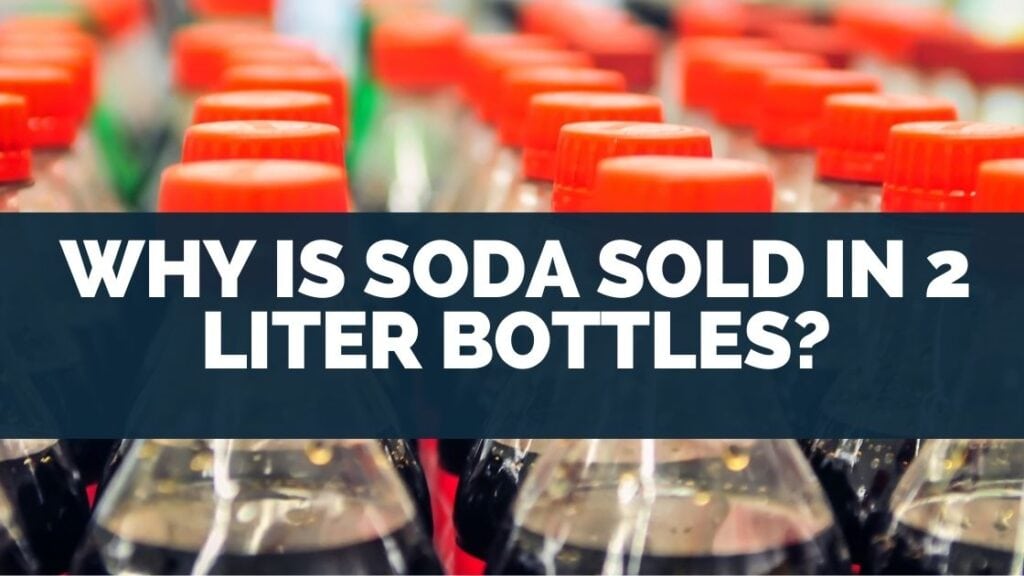 Soda comes in many different shapes and sizes depending on whether you’re buying it to have with a meal in daily diet or want a big bottle to keep in your fridge or pantry.

But, I was wondering why soda is sold in 2 liter bottles, whereas, other liquids like milk are labeled in fluid oz or gallons.

2 liter soda was originally brought out by Pepsi because of a marketing decision to create something unique that the US market hadn’t seen before. 2 liters of soda bottle were invented by John Sculley and others who were working at Pepsi at the time.

Interestingly, John Sculley went on to be one of the top director’s at Apple.

Since then, it was recognized and known by a lot of people.

Therefore changing it didn’t seem like a good idea.

This article will explain everything about why soda is sold in 2 liter bottles.

Why are soft drinks sold in liters? 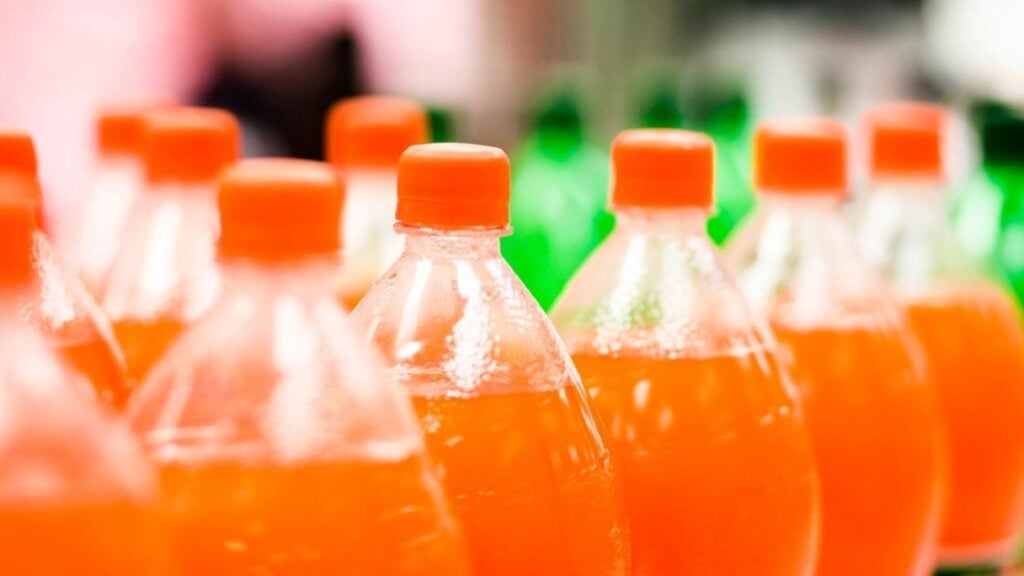 So, 2 liter soda was sold for the first time to make it stand out from the competition.

But, were there any other reasons why Pepsi decided to move away from the fluid ounces, and gallons, and instead use liters?

On the whole, all sodas and liquids such as milk were sold in gallons or fluid ounces until the 1970s.

In the 1970’s Pepsi brought out the first 2 liter bottle of soda, and other companies piggy backed on Pepsi’s success.

In the USA a lot of soft drinks are still sold in fluid ounces today.

In various countries around the world the metric system is used rather than the imperial system of measurement.

Interestingly, only Liberia, Burma, and the USA still predominantly use the imperial system where things are measured in gallons, ounces, feet, and inches.

Every other country in the world uses the metric system and sodas are sold in liters rather than fluid ounces or gallons across the board.

Therefore, in countries outside of the ones I mentioned always label liquids in liters.

Why are 2 liter sodas cheaper?

You may have noticed that sometimes 2 liter bottles of soda are cheaper than a can of soda.

It seems a bit odd why that would be, so I looked into why it is and here’s the reason.

A 2 liter soda is discounted from time to time depending on how much excess stock a store has.

For example, if a store/seller has a lot of 2 liter sodas because not that many are sold in a given month, a store would want to get rid of them so would mark the price down to sell them faster.

Sodas have an expiry date, and once they expire they need to be labelled so that people who want to buy them know they don’t have a long shelf life.

And a soda that lasts longer before it expires is better, and what most folks will buy.

Therefore, there’s a time pressure for a store to sell their sodas.

And they need to sell them sooner rather than later. As sodas are getting close to their expiry or have expired stores will discount them to sell them faster.

For example, if you can get a 2 liter bottle for the same price as a can of the same soda, it’s a no brainer for people who buy it to get the 2 liter rather than the can.

And the store can sell their 2 liter sodas faster and won’t be stuck with sodas that are expired. Which they will have to throw away eventually.

So, from time to time you may see 2 liter soda advertised at a cheaper price than say a 1 liter bottle or a can.

Do they still make 3 liter soda? 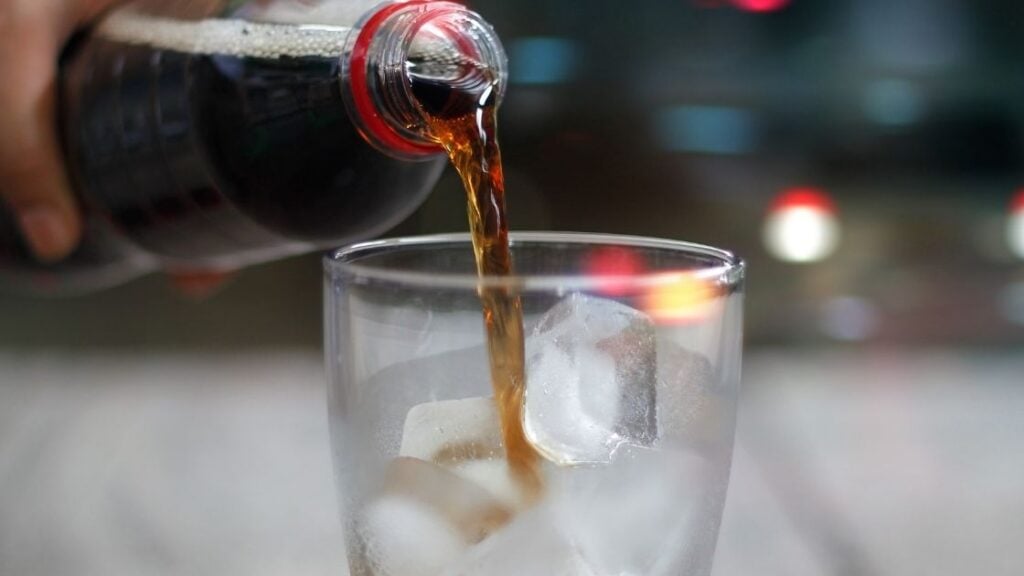 You may have come across 3 liter sodas sold in stores or online, and it’s a lot of soda! But, do they still make soda in 3 liter bottles?

On average 3 liter soda is quite rare but 3 liter Coca Cola is available at Walmart from time to time. 3 liter bottles of Coca-Cola original taste have been sold online by Walmart as recently as 2021.

However, other popular brands such as Pepsi and Dr. Pepper don’t make a 3 liter bottle.

Anecdotal comments from people online suggest that 3 liter bottles are more common in Texas, you may have heard the old saying ‘everything is bigger in Texas’.

People also suggest that you can find some 3 liter sodas from lesser known brands at dollar stores.

But, when buying it online currently Coca-Cola original taste appears to be the only option for buying 3 liter soda.

If you go to a lot of stores, you may be able to find one or two that sell it.

However, overall it’s quite rare, and only available in a few stores and websites online.

How much does a 2 liter of soda weigh? 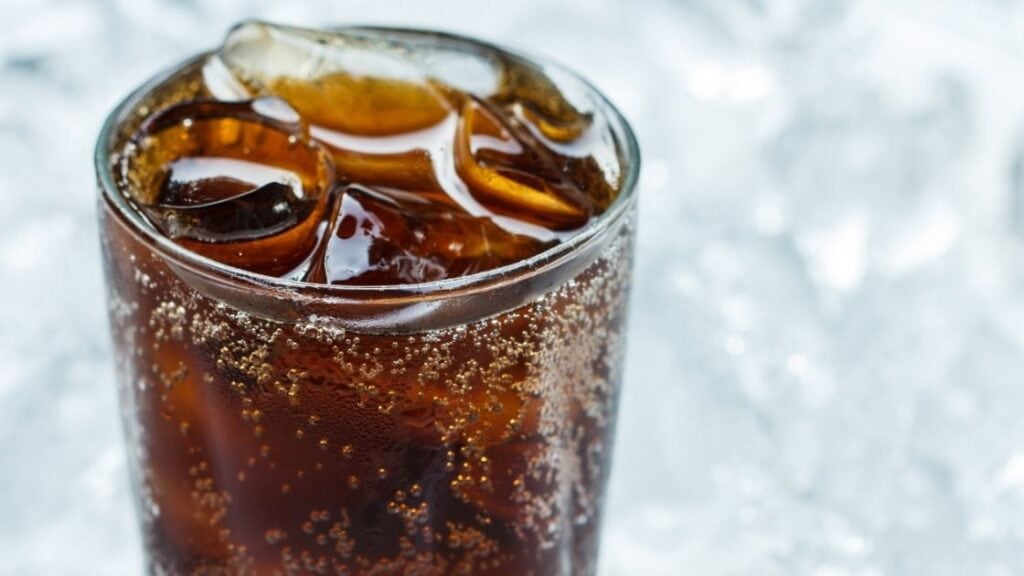 If you’re used to working with imperial units such as gallons, and pounds it can be confusing to go from liters to pounds. Here’s how much a 2 liter soda weighs.

A 2 liter bottle of soda weighs 2 kgs (4.4 pounds). Interestingly, the relationship between liters and kgs is one to one.

Therefore, if you have a perfectly square container that’s 10 cm3 it will store 1 liter of liquid, and when it’s full of liquid it will weigh 1 kg.

However, bottles of soda, juice, or milk are instead bottle shaped to make them easier to hold and pour.

Funnily enough, knowing the relationship between liters and kgs is helpful to know if you want to make some makeshift weights to do a workout.

Instead of a 10 kg dumbbell you could use a 10 liter bucket or a 10 liter bottle of water. It’s also helpful for knowing how much space liquids such as sodas or water will take up.

Are 2 liters cheaper than cans?

But, is buying cans of soda cheaper than buying it in bottles?

As a general rule buying soda in 2 liter bottles is cheaper than buying cans.

However, depending on where you buy it and what brand you buy the difference in price can be very small.

I put together a table below to show some example prices between 2 liter bottles and cans.

As well as, other sizes that sodas are sold in.

I based all the pricing on listings of Coca Cola on Amazon. Each brand is slightly different but they are all around $0.10 per Fl oz cans as per the product label.

There are big differences in price between Favorite Drink sold in different packaging and from different sellers so if you drink a lot of fizzy drink it can be a good idea to shop around to get the best deal. Good places to look are Walmart.com, and Amazon.com.