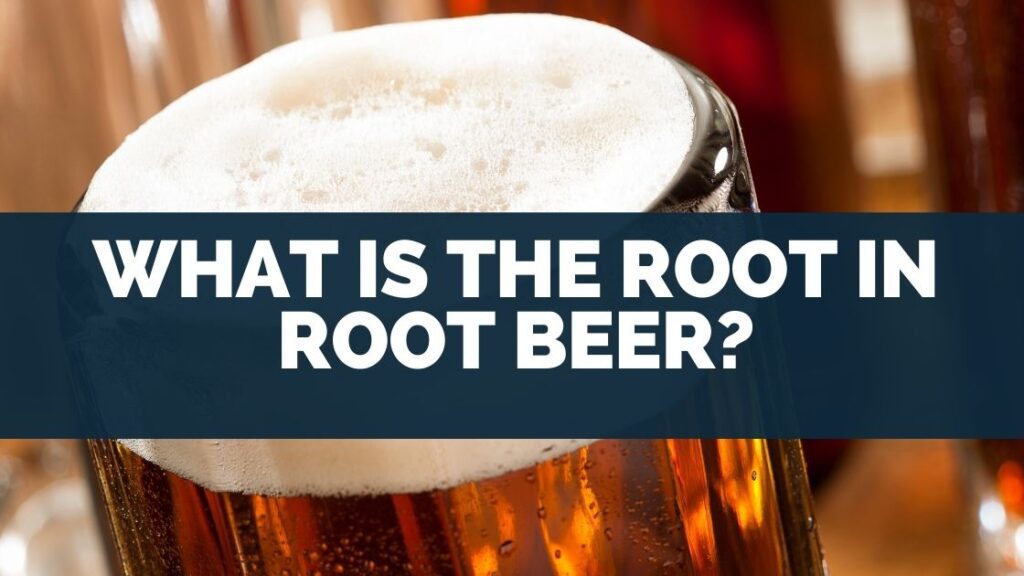 Root beer is a refreshing sweet soda, but I wondered what exactly is the root that gives it its name.

As a whole, root beer traditionally was made with a few different kinds of root plants such as ginger, sassafras, sarsaparilla and liquorice.

As you may know, root beer has a licorice and mouthwash/toothpaste flavor and this comes from the licorice and sarsaparilla root.

The exact recipe for root beer isn’t shown on the label.

Soda companies keep it a secret because it’s a competitive advantage, and a competitor could simply copy their recipe exactly.

However, it is well known when root beer was said to have been first invented and what ingredients were traditionally used.

In this article, I will cover everything there is to know about the root used in root beer.

Why do they call it root beer? 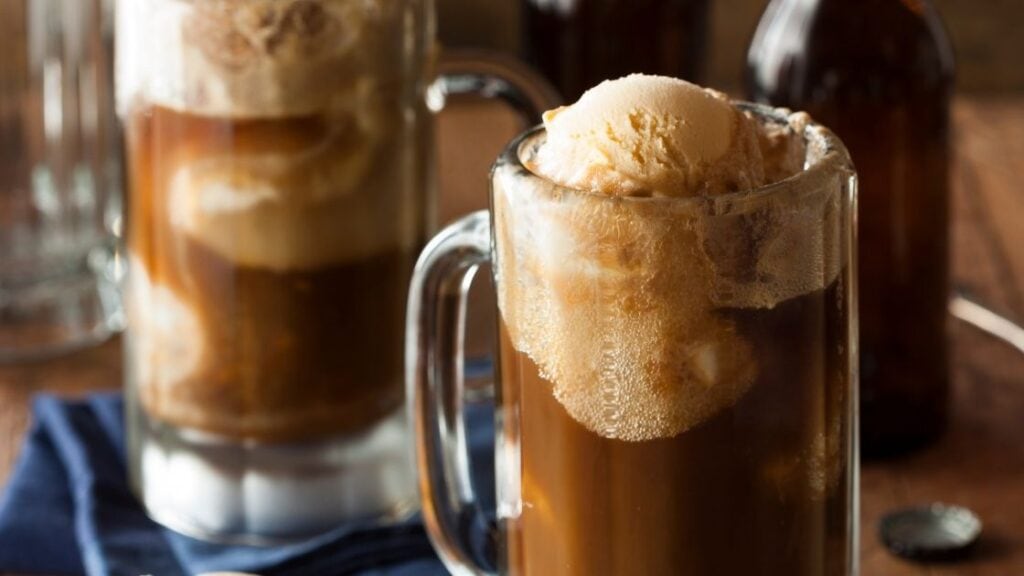 Root beer is an interesting name and is a bit confusing considering virtually all of the root beers you find in stores are non-alcoholic. So, then why is it called root beer?

Root beer is called root beer because it was originally made from sarsaparilla root.

On top of that other herbs and spices were added to give it an interesting flavor.

Such as nutmeg, cinnamon, and cloves.

The ‘beer’ part of the name appears to have been a common way to refer to sodas in around the year 1900, but nowadays, beer is almost also used to refer to alcoholic beer that you buy at a bar or restaurant.

And some brands such as the well known A&W and Barq’s use natural and artificial flavors.

To get a hint at what ingredients are used in well known root beers, we can look at a standard home made root beer recipe.

And a bunch of different root extracts are used, which includes:

You’ve likely heard the phrase soft drink, but you may not know that soft drink means a soda that doesn’t contain alcohol.

And is distinguished from sodas that do contain alcohol which are called ‘hard sodas’.

Another common soda that has the name beer but doesn’t contain alcohol is ginger beer.

Some companies that make alcoholic drinks exclusively such as beers, and ales do make hard root beers, and/or ginger beer.

However, these are typically only available at liquor stores, or in bars.

Almost all of the root beer you find at the supermarket or convenience store is technically a soft root beer and doesn’t contain any alcohol.

When was the root beer float invented? 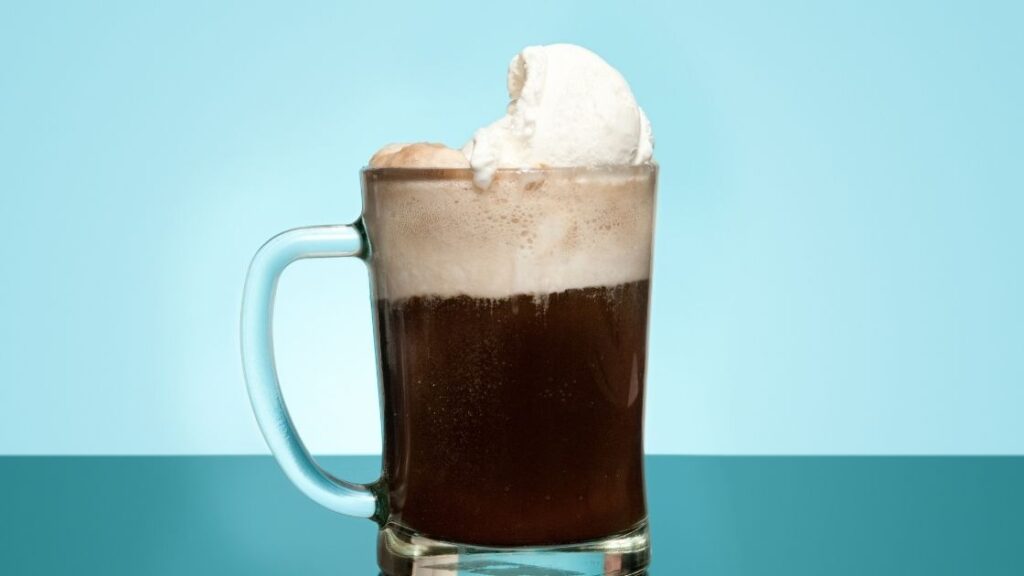 A root beer float is a delicious way to drink root beer and is really easy to make.

But, when was the root beer float first invented…

Overall, the root beer float was invented somewhere around the year 1900.

The first commercial root beer was made in 1876, in Philadelphia, Pennsylvania.

But, prior to that root beers are thought to have been a common homemade drink.

So, it is likely someone made a root beer float prior to 1900.

An ice cream float – the mixture of soda and ice cream is believed to have first been made in 1893, and has an interesting backstory.

And ice cream floats were somewhat invented by accident.

One day Robert McCay Green based in Philadelphia was serving drinks for a big celebration, and he ran out of ice to cool the sodas he was serving.

To cool the soda he instead used ice cream which was one of the only things available, and people immediately liked the creamy flavor it gave to the soda, and it became very popular.

After that it became a drink that was available at many restaurants and diners across the USA.

And is still widely available from a range of different eateries across the country.

In other countries such as the UK, Australia, and New Zealand ice cream floats AND root beer aren’t as popular, and aren’t as widely available for sale.

Is root beer made in barrels? 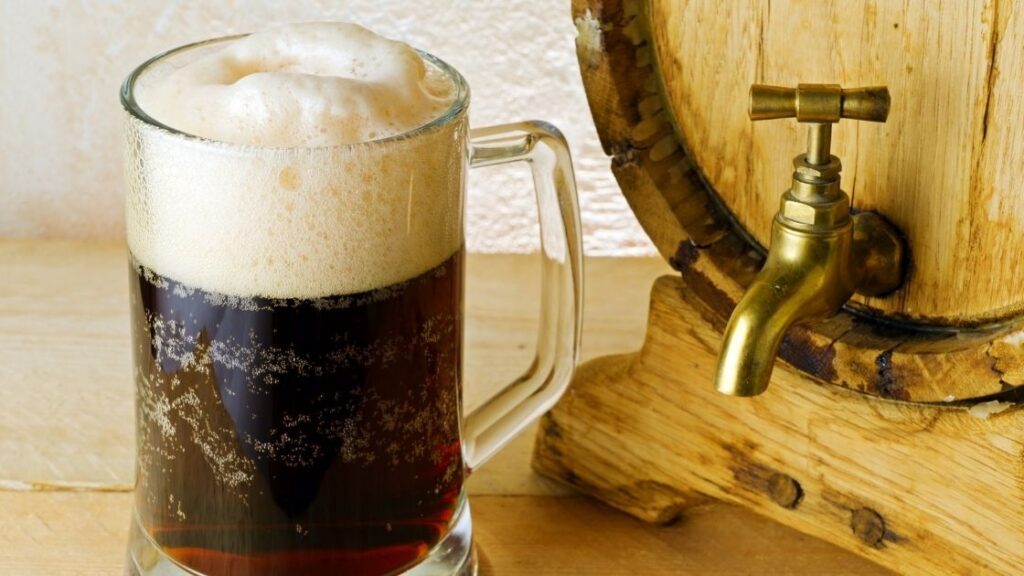 Alcoholic drinks such as wine, beer, and whiskey are stored in barrels to give them a unique taste. But, is root beer made in barrels?

On average root beer is not made in barrels.

The biggest soda companies that make root beer such as Coca Cola and Pepsi don’t make their soda in barrels.

However, some companies such as the Australian company Bundaberg, do mature their root beer syrup before carbonating and bottling it.

The general process for making sodas is to combine all of the ingredients in a liquid form and it’s then boiled down and concentrated.

After that, they add water, and CO2 gas to carbonate it – and make it fizzy.

Bundaberg, though, says that they mature their root beer syrup allowing the different chemicals in the root extracts to combine and react with each other, which changes the taste.

They don’t say specifically if they store it in wooden barrels like a wine or liquor.

However, as part of the description on their website they include a small graphic of a barrel.

It’s more economical not to use barrels

In my opinion, it’s easier and more cost effective for a soda company to use metal to store their sodas while they are being made because you can reuse the metal barrels over and over again.

And in a bottling plant the round metal cylinders that the soda is stored in prior to bottling are really large.

Therefore, they don’t need to make or buy replacement wooden barrels regularly for the different batches of soda they make.

It’s also generally not expected that soda should be aged in barrels.

Interestingly, large soda companies will carbonate the mixture of syrup and water.

Whereas, if you try to do this yourself at home using a Sodastream or soda siphon you can’t and it will produce way too much foam. Sodasteam also has a warning label on their machine that says only carbonate water.

I wrote about this topic at length in an article that explains whether you can put cordial in a Sodastream.

Find it here – Can you put cordial in Sodastream?

Is root beer and ginger beer the same? 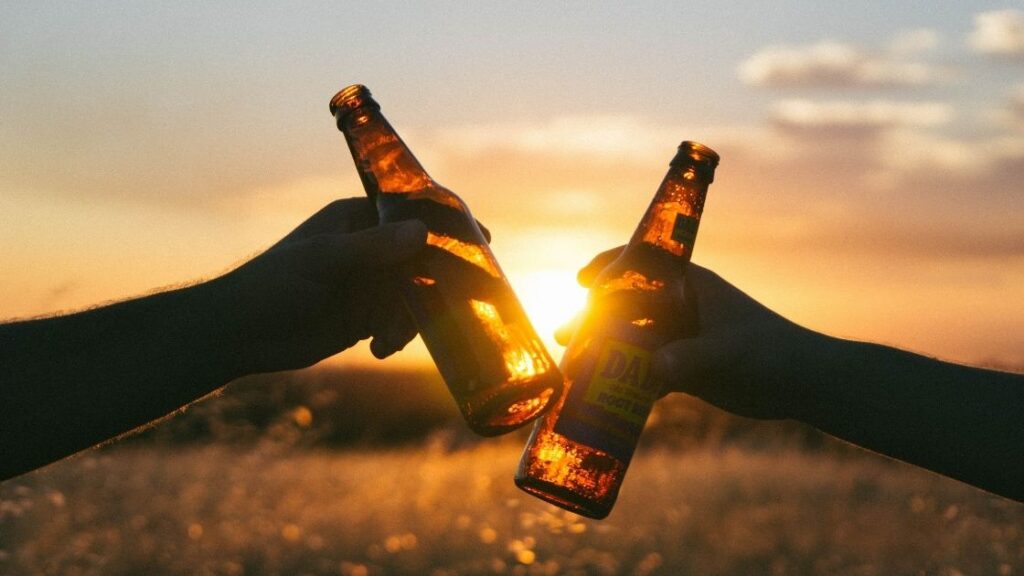 When you buy ginger in the supermarket it has the look of the root of a plant and is technically the root of the ginger plant. But, are root beer and ginger beer the same?

As a whole, root beer is not ginger beer and they are very different tasting sodas.

Root beer got its name because it’s made of a few different plant roots, and can contain a small amount of ginger.

But, the flavors are dramatically different and you can easily tell root beer and ginger apart based on their taste, and the way that they look.

Root beer is an acquired taste

Root beer is also more of an acquired taste.

Many people, myself included, that try root beer for the first time dislike it’s taste.

When you brush your teeth you never swallow the toothpaste or mouthwash because it can be harmful so people often have a feeling like they don’t want to swallow root beer if they aren’t accustomed to it especially outside the USA.

In the USA, root beer is very common, and a much loved drink, but in other countries, it’s less known, and not as common.

Ginger on the other hand is a common ingredient in virtually all countries and is used a lot in cooking.

It also has a flavorful and appealing taste.

Therefore, at first taste, most people really like ginger beer.

Well, there you have it.

That about sums up everything there is to know about the root that’s used to make root beer.