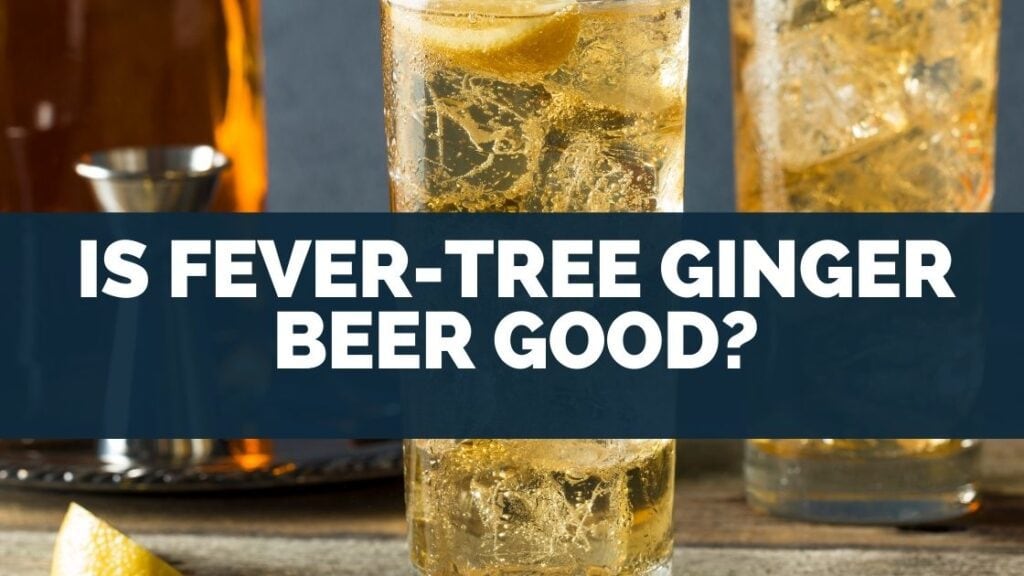 Most people have had some form of ginger, either in their food or in their drink.

This flowering tropical plant has made its name from the east to the west, and people love it for its spicy kick, its revitalizing effects, and of course, its health benefits.

But ginger’s uses didn’t stop there.

In the 18th century, ginger was also used to make carbonated drinks such as ginger ale and ginger beer.

This catapulted its reputation further for being one of the most versatile and delicious ingredients to date.

Ginger beer has been perfected over the last two centuries, and the final result is Fever-Tree ginger beer.

According to critics and gastronomers, Fever-Tree ginger beer is voted the best mixer for cocktail classics such as the Dark n’ Stormy and Moscow Mule but is also enjoyed on its own as a refreshing and healthy alternative to soda.

Just walk through any supermarket, and you’ll find numerous options for ginger-infused drinks.

But what makes Fever-Tree ginger beer stand out?

How is it any different from all the other types of drinks one can find, and why is it so sought after?

What Is the Difference Between Fever-Tree Ginger Beer And Ginger Ale? 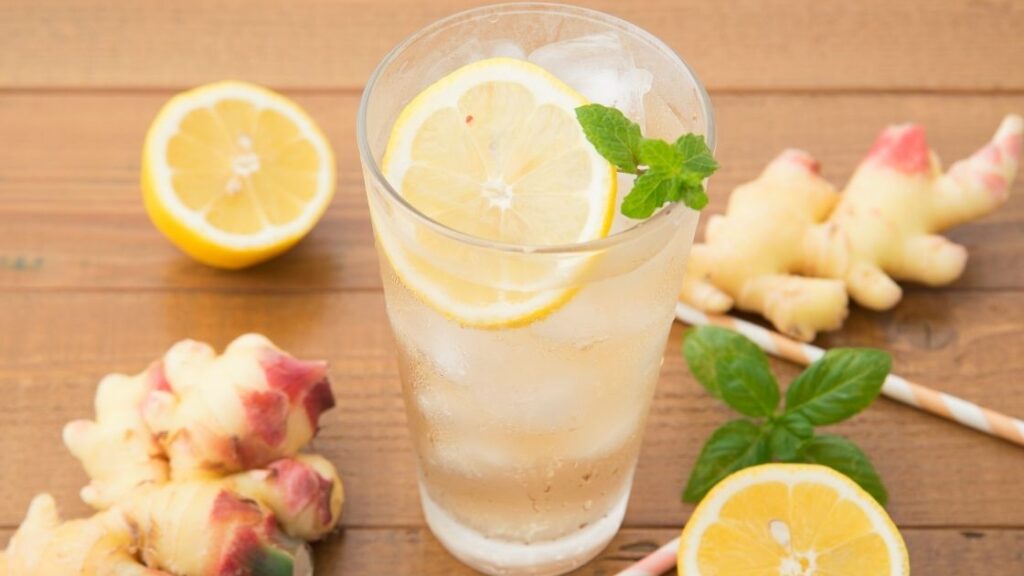 It might be tempting to assume both drinks are similar because they share the same key ingredient, ginger.

But ginger beer should not be confused with its less spicy cousin, ginger ale.

The most notable difference between Fever-Tree ginger beer and ginger ale is each drink’s ingredients list and production process.

Commercially manufactured ginger ale is made much like soda with a mix of carbonated water, ginger-flavored extract, and artificial sweeteners.

Ginger flavor means that ginger is extracted and dispersed with approved additives, so actual ginger root is not used in the production of ginger ale.

The artificial sweeteners and lack of ginger root give it a sweet, mellow, and refreshing flavor.

Fever-Tree Ginger beer is brewed and goes through a fermentation process similar to brewing beer, using ingredients like water, ginger root, and grams of sugar.

It is produced using a blend of three different types of ginger root upholding the spicy factor for which ginger is celebrated.

Unlike most ginger ales and even other brands of ginger beer, Fever-Tree ginger beer does not use artificial sweeteners to enhance its flavors.

It is made as a healthier alternative to traditional sodas.

Is There Any Alcohol In Fever-Tree Ginger Beer? 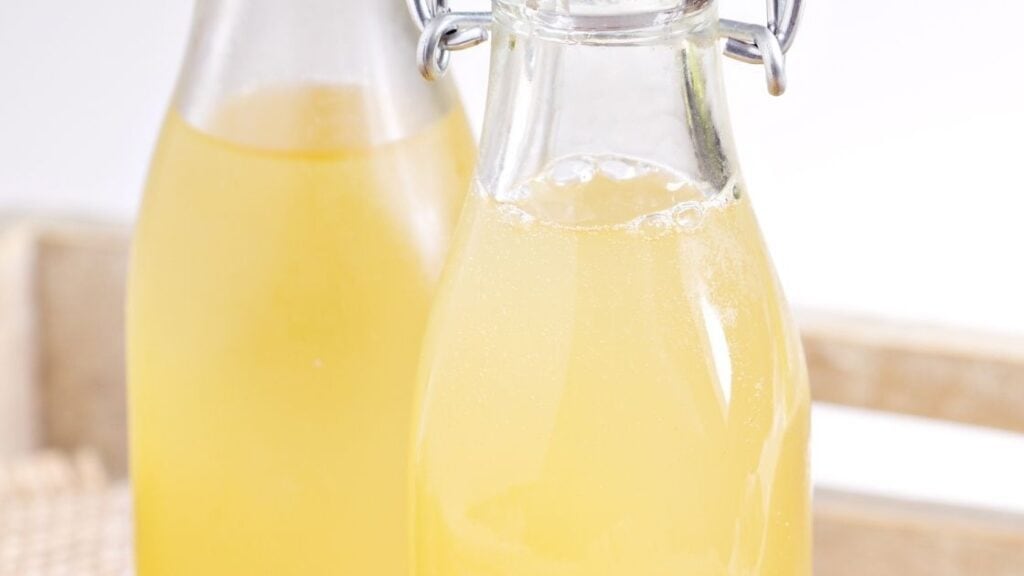 When ginger beer was first invented in the mid-1700s in England, it contained upwards of 11% ABV (alcohol by volume).

But not too long after, export taxes were imposed on beers above 2% ABV, which compelled ginger beer producers to reduce the alcohol content of their ginger beers by introducing shorter fermentation periods.

Over time, the alcohol content in most ginger beers was reduced to as low as 0.5%, which is considered non-alcoholic by FDA standards.

For a point of reference, 12 fl oz of regular beer has about 5% ABV.

Therefore, Fever-Tree ginger beer’s alcohol content is so low that it is classified as a non-alcoholic drink, not the alcoholic beverage.

So, it is a non-alcoholic product and can be enjoyed as a refreshing beverage or a mixer for cocktails. 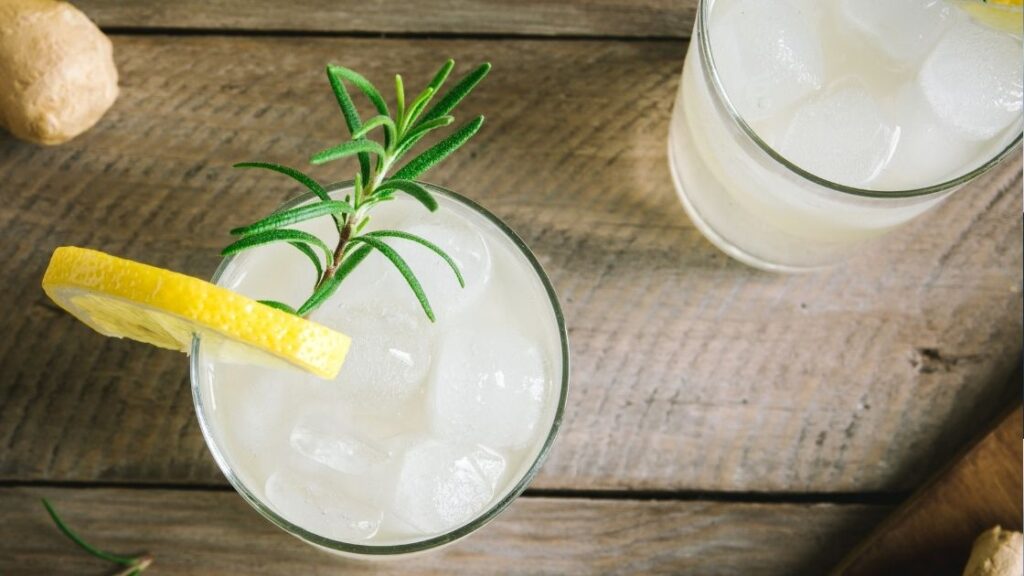 What makes Fever-Tree ginger beer so appealing to the palate is its unique blend of natural ingredients.

Carbonated spring water, for example, is extracted from springs with naturally-occurring carbonation, unlike other beverages where carbonation is injected artificially under pressure.

Three types of ginger root were carefully selected for their unique flavors that complement one other.

Fresh green ginger from the Ivory Coast was a remarkable discovery as it has a distinctive lemongrass zestiness to its aroma.

The Nigerian ginger is flavorful and intense but still maintains the freshness of ginger.

And last but not least, a variety of ginger roots are sourced from Cochin in India due to their warm, earthy, and almost chocolatey flavors.

Tartaric acid is an acid that occurs naturally in different types of fruit like grapes, bananas, tamarinds, and citrus.

Ascorbic acid, or vitamin C, is a potent antioxidant helpful in fighting bacterial infections, and repairing damaged tissue, and plays a pivotal role in maintaining healthy skin, bones, teeth, and blood vessels by protecting the body’s cells from damage.

How Many Calories Are In Fever-Tree Ginger Beer? 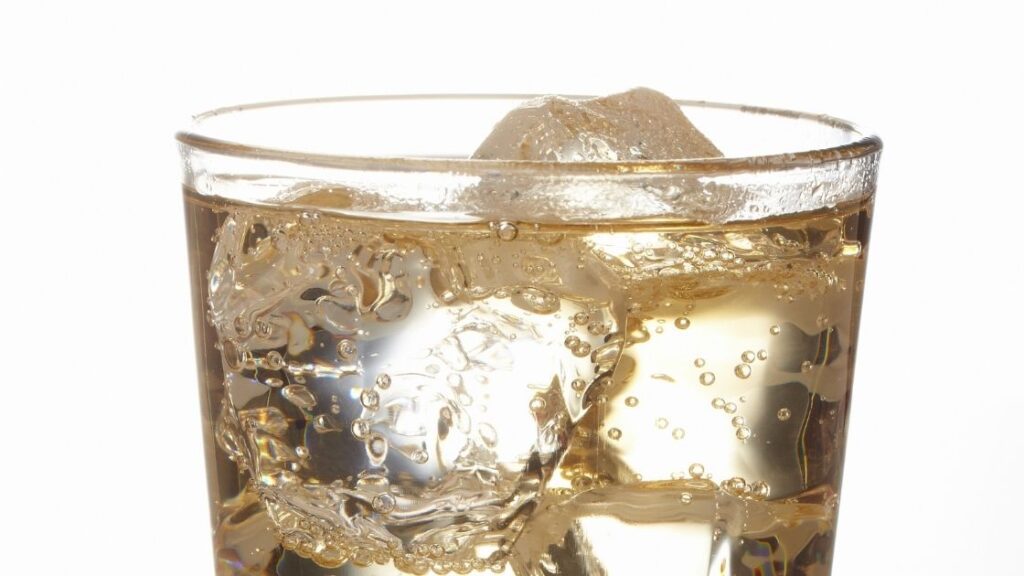 Per 100ml, Fever-Tree ginger beer has a calorie count of 37kcal.

Unlike other types of ginger beer on the market, Fever-Tree Premium Ginger Beer has a much lower calorie count because of the absence of sodium or fat in the drink.

Sugar content does increase the calorie count but is added to the drink to balance out the strong and spicy notes of the ginger.

Fever-Tree ginger beer is definitely one of the finer ginger beers on the market.

The incorporation and utility of three types of ginger root and the lack of artificial sweeteners make this drink a favorite among both cocktail lovers and the health-conscious.