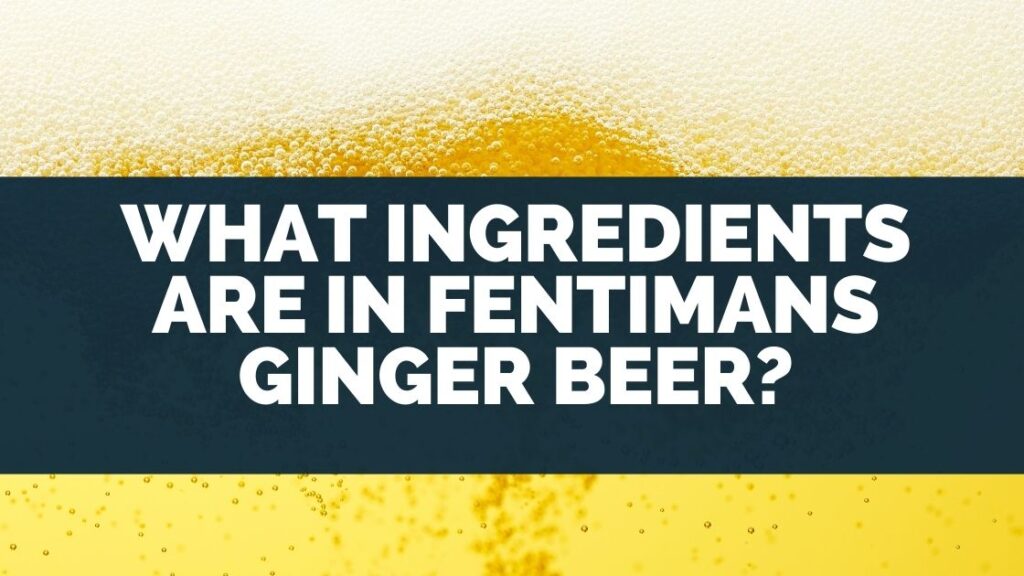 Ginger beer is gaining more and more popularity lately, yet it seems to be shrouded in mystery.

Its very name sounds misleading – is this a beer or not?

This carbonated soft drink has plenty of healthy ingredients with lots of various uses.

Fentimans ginger beer is a botanical beverage composed of extracted flavors such as ginger spice and natural pear.

Yeast and sugar give the drink its particular sweetness.

For many, the trickiest part seems to be figuring out if there’s alcohol in Fentimans ginger beer.

In that case, it’s not suited for children and pregnant women. But is that so?

Is There Alcohol in Fentimans Ginger Beer? 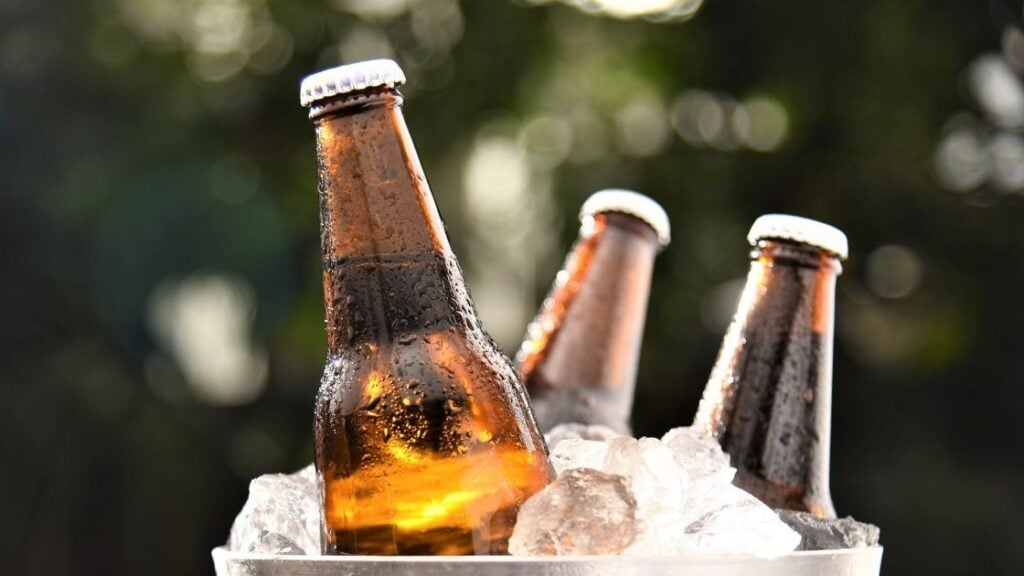 Fermentation has been around for years in food and beverage production.

It’s how we get yogurt, kombucha, and pickles, for example.

It’s also how alcoholic drinks such as wine and beer are manufactured.

It means there are a few different outcomes when it comes to the ingredients that are being fermented.

The method stays the same, though.

The energy from carbs gets extracted through enzymes.

Since there’s no oxygen, it produces new chemicals. (1)

The ingredients must be organic; otherwise, the process is not possible.

To get ginger beer, a unique combination of bacteria and yeast is necessary.

It’s called the ginger beer plant. It makes a jelly-like substance, which can find a used for other fermentations.

However, the original ginger beer did get you drunk. In the late 1800s, Fentimans left out the sugar, ginger, water, and ginger beer plants for a couple of days. (2)

It had some alcohol in it because of this short fermentation.

Nowadays, you can find both alcoholic and non-alcoholic ginger beers in the stores.

Fentimans has an edition called Hollows & Fentimans, which has 4% alcohol.

It’s a gluten-free ginger beer with a bit of extra kick. Otherwise, their beers do not contain any alcohol.

Fentimans ginger beer has no fat at all. There are some carbs – 9%, out of which 8% is sugar.

The drink contains 39 calories per glass. (4)

What Else Is There in Fentimans Besides Ginger? 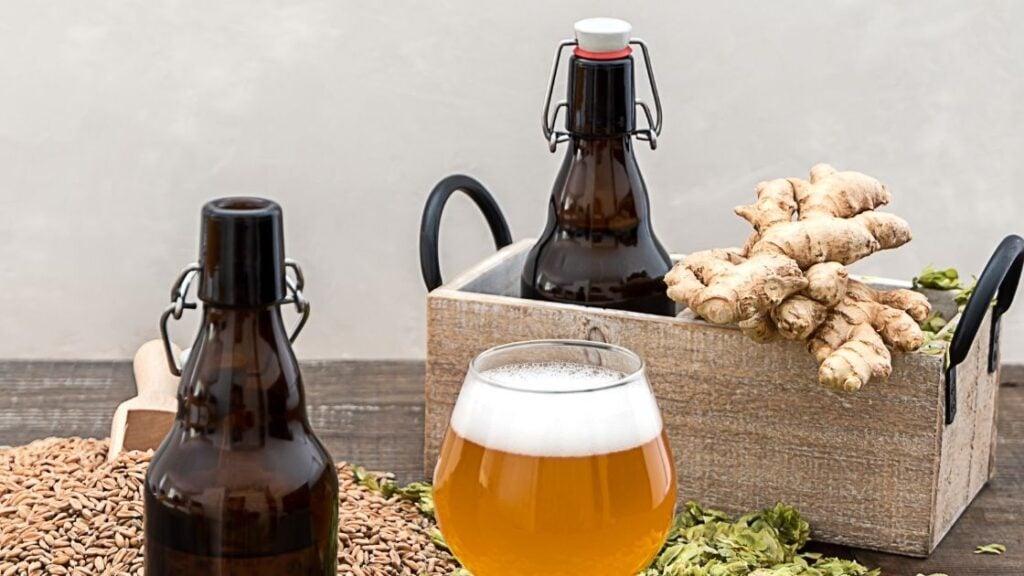 Its main component is Chinese Ginger Root, a medicinal herb known for its antiemetic benefits. (3)

Carbonated water takes up a large part of the drink; the botanical substances are soaked in it to extract the flavors.

Yeast and sugar are combined to get the fermentation well on its way.

Natural pear juice is another addition to this fizzy delight.

There are the lemon, capsicum, and ginger flavorings that round up the taste, too. (3)

The sugar used in Fentimans ginger beer comes from beet.

Though nature takes the spotlight in the ingredients used, pasteurization is integral for longer shelf life.

The brewing company accomplishes the sparkling effect by adding a cream of tartar and a bit of citric acid.

Last but not least are the herbal infusions that Fentimans is so proud of including in their beverage.

Think yarrow, juniper, and speedwell – healing herbs at their finest. (4) 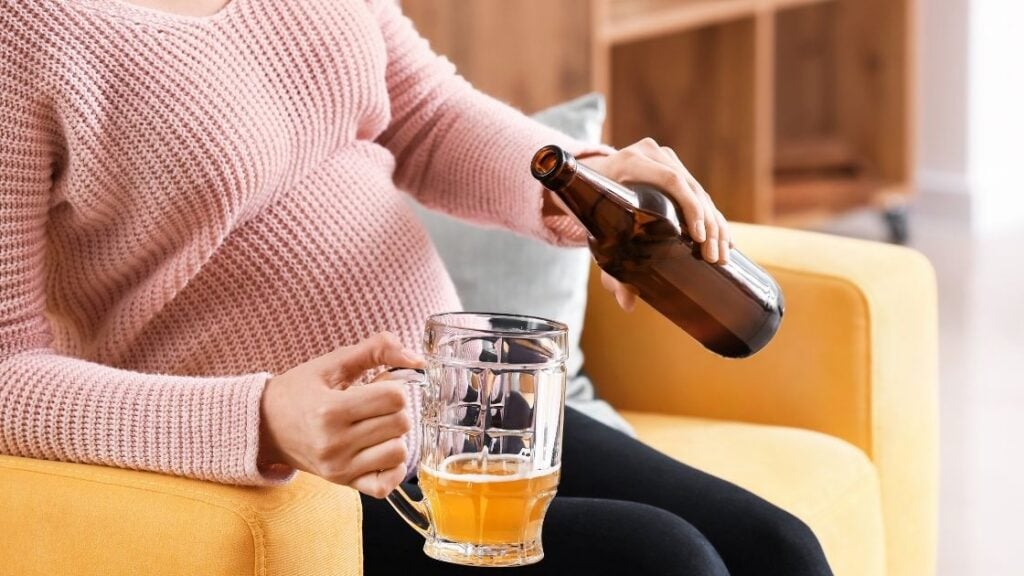 Take note of the amount, though.

One should avoid too many sodas in general. Moderation works best, both for the baby and for its soon-to-be mom.

Ginger can be a valuable ally against morning sickness and nausea.

Studies have shown that just a couple of days of taking it can relieve any symptoms you might be experiencing.

It is best to take fresh ginger, grated and drunk as tea or ground, in capsules. (5)

It’s best to consult with a doctor before adding this beer to your daily food and drink intake while you’re pregnant.

It might cause some reactions you did not previously have.

Similarly, if any of the ingredients in Fentimans ginger beer are something you could be insensitive to, skip it.

Or if you’ve developed an allergy throughout the pregnancy.

You’ll have plenty of time to enjoy it safely once the baby is born.

Where is Fentimans Ginger Beer Made? 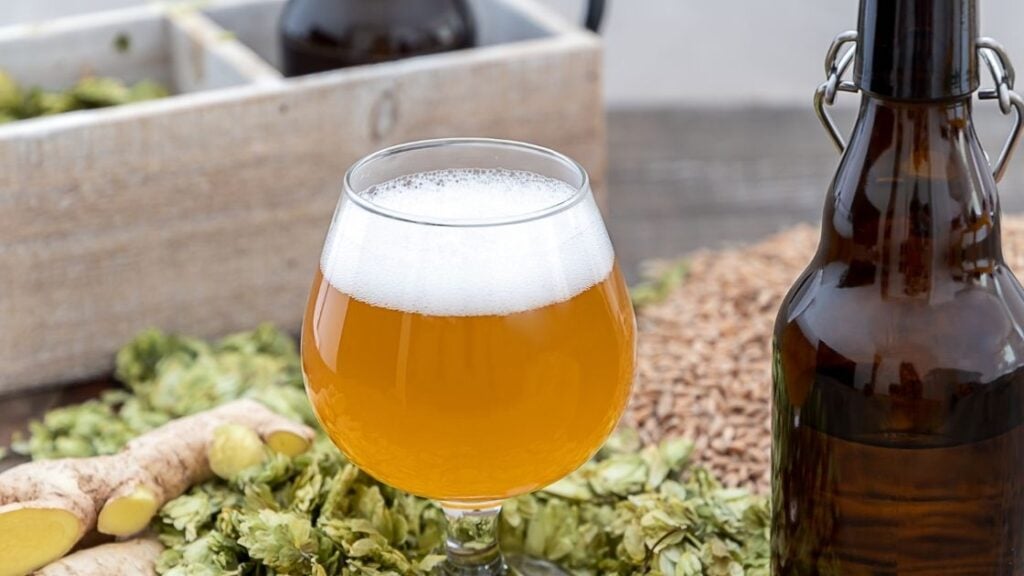 Fentimans is a UK-based company.

You can find the brewery (and the headquarters) in England, in a town called Hexton in the country’s northeast.

There’s a brewery in the US as well.

Although it’s in Pennsylvania, the drinks fabrication uses the same equipment as they do in the UK. (6)

The brand has been making quality ginger beer since back in 1905.

It was when Thomas Fentiman got the recipe for a botanically brewed ginger beer from a tradesman.

In return, he asked for a loan, which Fentiman never got back.

Instead, he gained a priceless recipe. (6)

Fentiman sold his beer from door to door in stone jars.

They each had a dog on the label – this was Thomas’s very own German Shephard, Fearless.

The business bloomed until the supermarkets dived into the soft drinks market.

The company had to close down due to a lack of profits.

It wasn’t until the late 80s that Thomas’s great-grandson decided to give Fentimans another go.

He used all the traditional methods and ingredients to get the brand to where it is today. 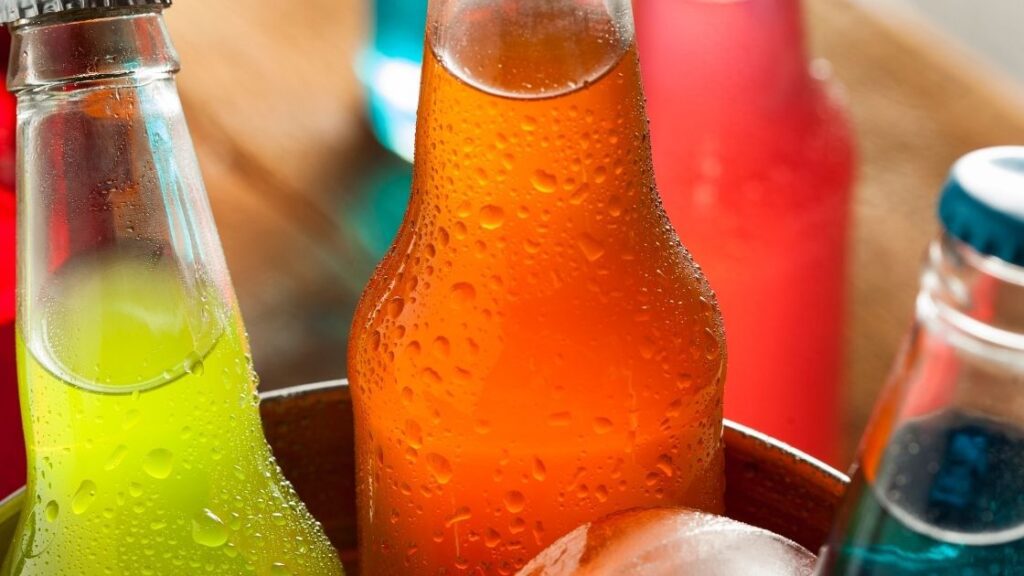 Besides this beer, Fentimans offers a complete selection of soft drinks and mixers.

There are a few types of twist on Coke (Curiosity Cola and Cherry Cola), various lemonades, and other fruit-based sodas.

These all come in both small and large packaging.

The mixers are mostly tonic waters with fragrant herbal touches, such as Valencian Orange Tonic Water.

There are plenty of Light versions available next to the regular ones.

The only alcoholic drink they sell is a craft beer: Hollows & Fentimans Alcoholic Ginger Beer.

The bottle’s not at all similar to the original non-alcoholic Ginger Beer so as not to get mixed up. 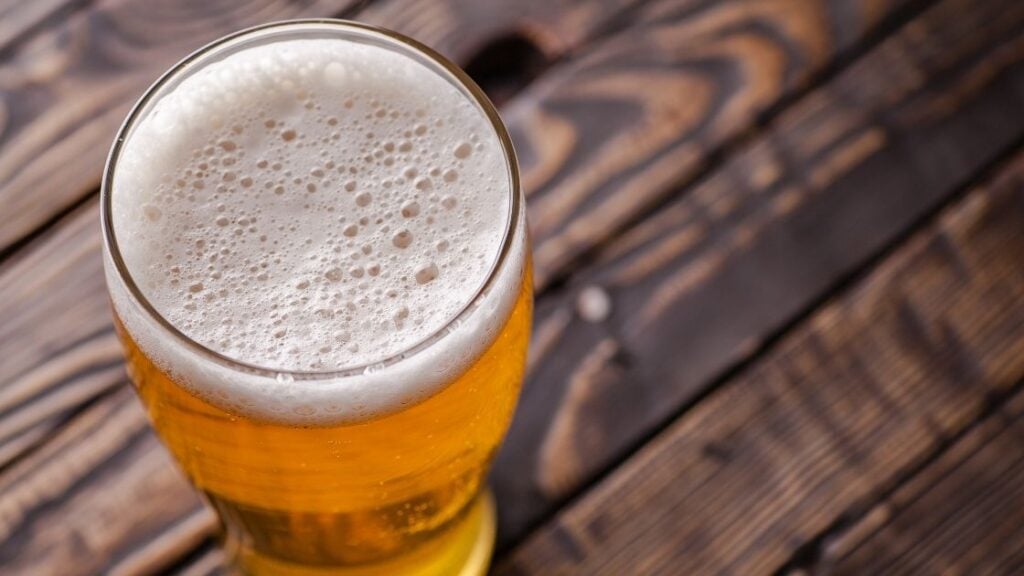 Is Ginger Beer the Same as Ginger Ale?

Ginger ale is non-alcoholic and sweet, just like ginger beer.

However, it’s ginger flavored and not as carbonated as ginger beer.

Ginger beer can be alcoholic and was initially brewed this way, unlike ginger ale, which happens to be a lot milder and less spicy.

Ginger ale is commonly used as an alternative to club soda and is great for mixing cocktails. (7)

Can You Drink Ginger Beer Straight?

You can mix ginger beer with other drinks or drunk as it is.

It’s best to refrigerate it, especially once already opened.

Because it’s a soda, the bubbles tend to evaporate pretty quickly.

A few studies over the past decade tried to prove whether ginger’s good for weight loss.

Two compounds it contains, called zingerone and shogaols, may help you to lose some weight. (8)

Although ginger beer has a large concentration of ginger, it shouldn’t be considered a weight-loss hack.

Otherwise, it wouldn’t ferment. It would help if you took ginger on its own to help with any dieting options.