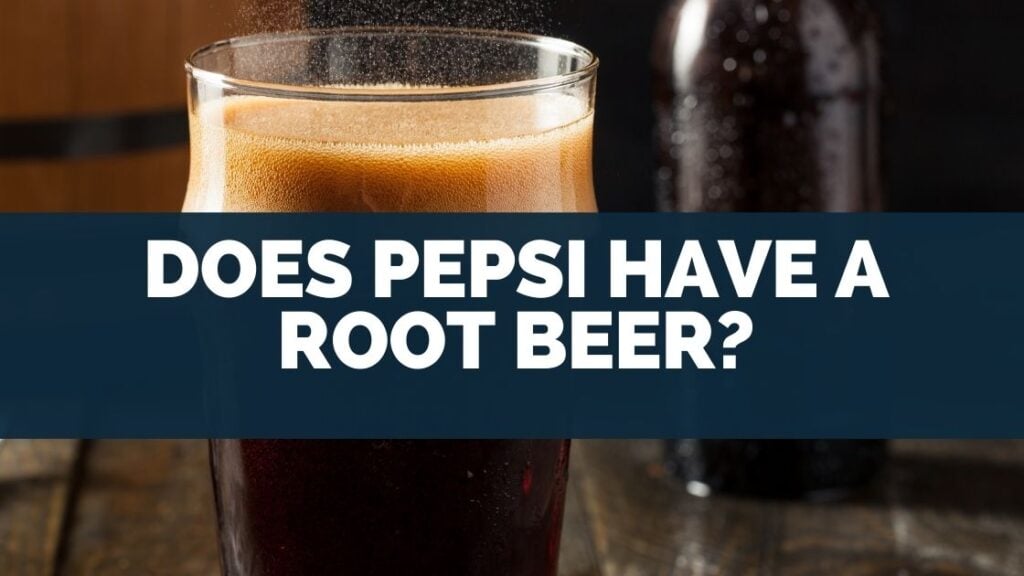 I love trying different and new sodas, as well as, finding out who makes them and how they’re made, and I’m interested in whether Pepsi makes a root beer.

I looked into the different brands that Pepsi makes, and here’s what I found.

Pepsi does have a root beer and it’s called Mug Root Beer.

In this article, I will explain everything there is to know about which companies make and distribute the big root beer brands.

As well as, whether they’re healthy for you.

Does Pepsi Own A&W Root Beer? 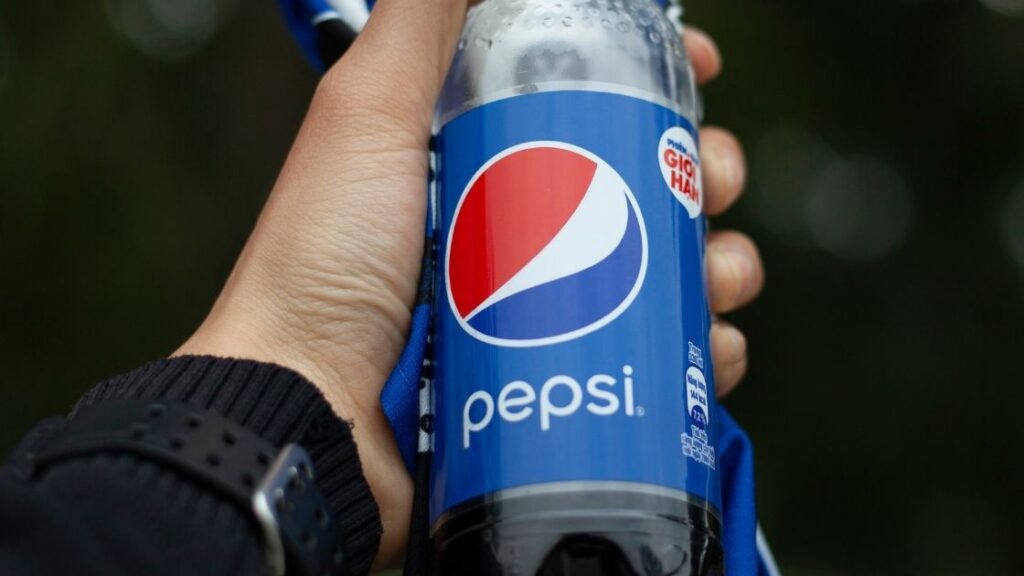 A&W is a restaurant chain but they also have a root beer brand.

I was curious about who owns it exactly and whether it’s owned by Pepsi.

Pepsi does not own A&W root beer.

Pepsi and Coca Cola are both partners with A&W root beer and bottle and distribute A&W Root Beer.

It’s quite common for soda brands to be bottled and distributed by multiple soda companies.

For example, the well known lemonade and tonic water brand Schweppes is also bottled and distributed by both Coca Cola and Pepsi.

In my opinion, this is because each large soda company like Coca Cola and Pepsi have different distribution networks, and so to get their soda to as many customers as possible it makes sense for them to partner with soda producers.

That way they can utilize their existing production facilities and logistics and transport operations.

Soda is made virtually the same regardless of what brand it is.

They generally always contain carbonated water, and a syrup to give them their flavor.

Therefore it’s relatively easy for a soda produced to simply change out what syrup they add.

As well as, swapping out the labels and bottles they use.

Has Mug Root Beer Been Discontinued? 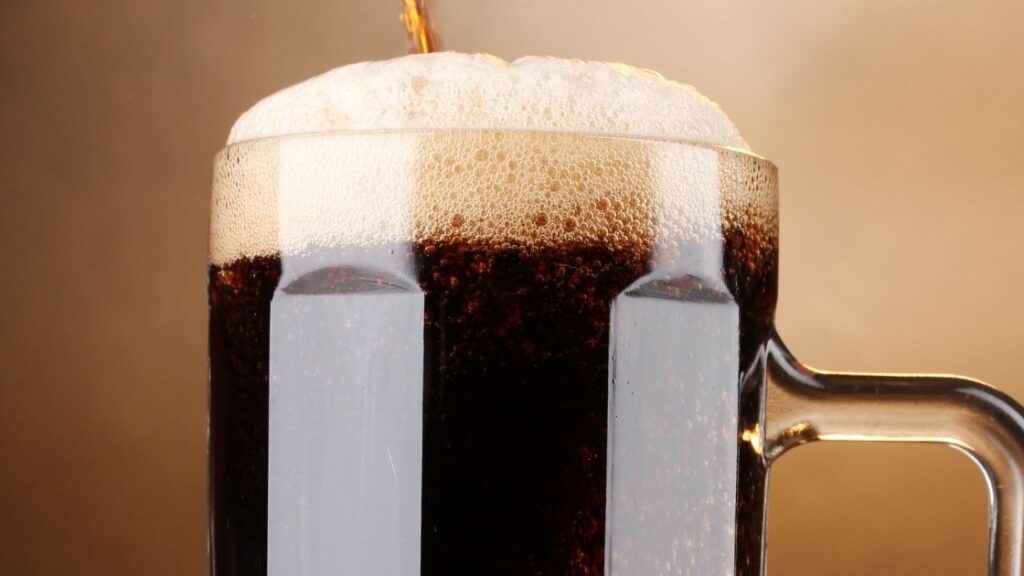 You may have noticed that Mug Root Beer isn’t as widely available as it previously was, and you may be wondering whether Mug Root Beer has been discontinued.

I looked around for any press releases from Pepsi and here’s what I found.

Mug Root beer has not been discontinued.

It is still available for purchase at convenience stores, at various large grocery stores like Walmart, and online.

It’s also still listed as one of Pepsi’s brands on its official website.

Pepsi has stated in a tweet in 2020 – in response to a question – that it has not been discontinued, and said that local availability can vary.

It’s known that during 2020 there was a significant aluminum can shortage which is one of the main products used to make sodas.

As a result, there was a shortage of various brands of soda like caffeine-free Pepsi.

I recently wrote about the aluminum shortage in this: is there a shortage of caffeine free Pepsi article.

The bottom-line was that it appears soda companies prioritized brands that sold the most so that they could serve the most customers.

And therefore, some brands of soda had limited stock or weren’t available at all.

However, the aluminum shortage is over, so it’s safe to assume all of the soda brands are now as readily available as they were before. 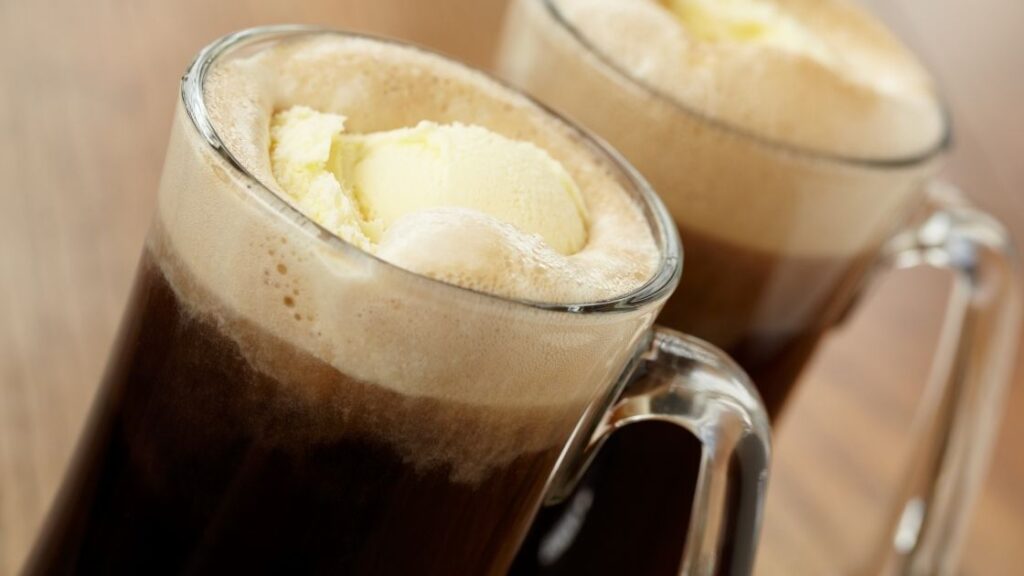 Mug Root Beer is one of the more well known root beer brands, but who makes it and the other kinds of Mug soda such as Diet Mug Root Beer and Mug Cream Soda?

Diet Mug Root Beer is bottled and produced by both Coca Cola and PepsiCo.

Here’s a table that shows who owns the various well known root beer brands, as well as, who produces and distributes it: 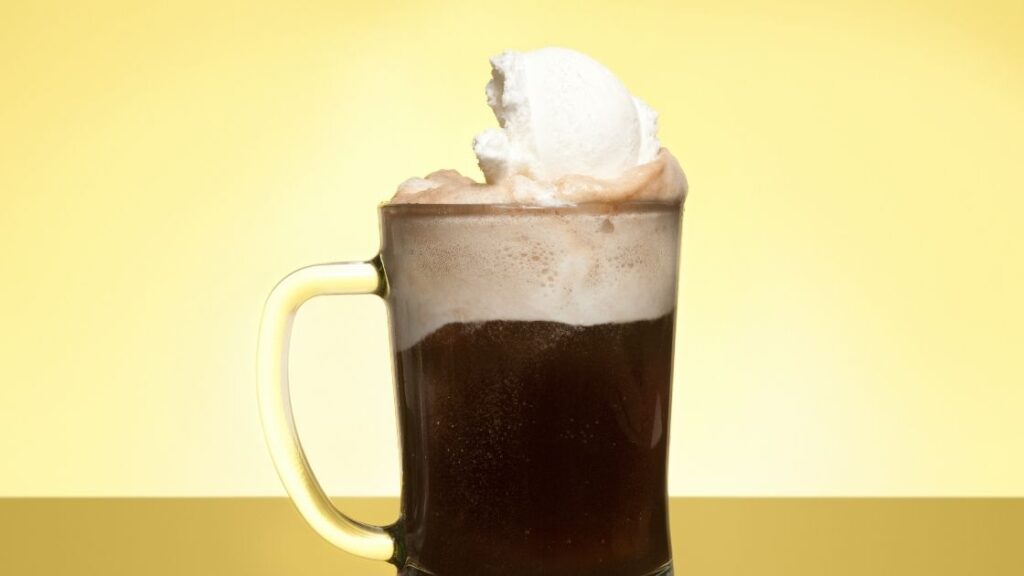 Sodas are typically high in calories, sugar, and in some cases caffeine.

And consuming too much of it can be bad for your health.

But, how much of these different nutrients are in Mug Root Beer, and is it healthy?

On the whole, Mug Root Beer is reasonably healthy.

The main thing is that you should not consume more than about 1 cup to 1.5 cups per day as you will exceed the recommended daily sugar intake.

If you do that regularly it can lead to serious health issues such as type 2 diabetes (source: link).

However, provided you don’t drink more than that and otherwise eat a healthy and balanced diet drinking Mug Root Beer is perfectly healthy.

Here’s a table that shows a comparison of the amount of sugar in Mug Root Beer compared to other popular sodas.

As you can see Mug Root Beer has around the same amount of sugar as other popular sodas.

I’ve also done a tonne of research into different sodas brands, and by and large all sodas have around the same amount of sugar.

This is a good option if you otherwise consume a good amount of sugar.

The ingredients in Mug Root Beer are:

One of the interesting ingredients in this list that isn’t typically present in other sodas is Quillaia Extract.

It’s a bark extract that is used to make it more frothy and foamy.

Other than that though, the ingredients are largely the same as other sodas.

A common ingredient you find in sodas is sodium benzoate or phosphoric acid.

The mild acid improves the flavor of sodas.

But, more importantly, it preserves the drink

The acid makes it impossible for mold, and bacteria to grow because they are broken down by acid.

In the case of A&W, it contains sodium benzoate and citric acid to serve that function.

What does A and W stand for? 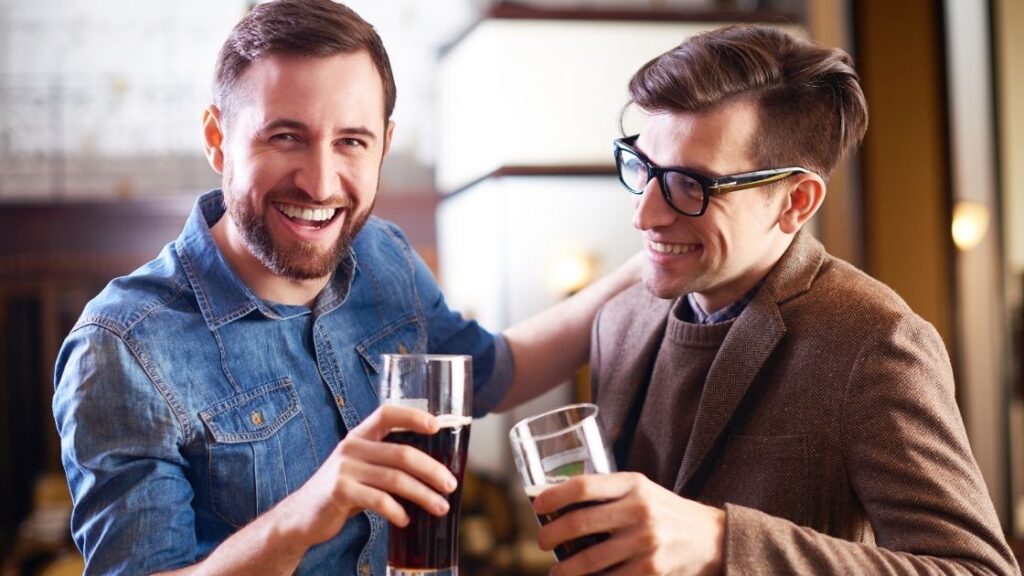 A&W Restaurants and A&W sodas have a somewhat cryptic name because on the packaging for their sodas it doesn’t say what it stands for.

I looked into it, and here’s what A&W stands for…

A&W stands for the names of the creators who invented A&W – ‘Allen’ & ‘Wright’.

These are the surnames of both of the creators of A&W – Roy Allen and Frank Wright.

Roy Allen originally sold root beer from stands, and then partnered with Frank Wright and began leasing their stands to others as a franchise in 1922.

Roy Allen originally based his stands that sold root beer in Lodi, California which is northeast of San Francisco.

Later on, they branched out into running A&W Restaurants in about 1925.

Much later in the 1950s A&W expanded internationally to Canada and later expanded to Asia.

Interestingly A&W Root Beer wasn’t available in bottles and cans until the 1970s.

Now, they own over 1000 restaurants in the USA and worldwide.

Where can you buy Mug Root Beer? 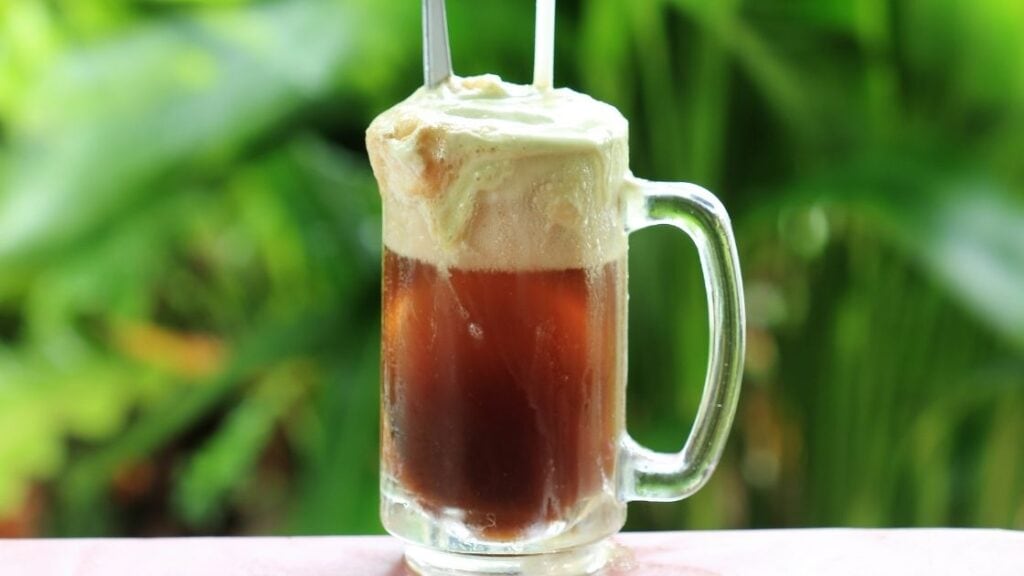 If you’re anything like me and love to drink a soda from time to time, you’re likely wondering where you can buy Mug Root Beer? Here’s where it’s available…

Mug Root Beer can be purchased on Amazon, at Walmart, as well as, at the big name supermarkets, and sometimes at convenience stores.

It’s also available from various online stores that specialize in sodas, and other beverages.

However, internationally you’ll need to get it from an importer, and it’s typically a bit more pricey.

To find an importer that stocks Mug Root Beer the best thing to do is do a Google search for “buy mug root beer” from your location.

That will bring up a list of websites local to you that will deliver to your address.

But,  depending on how close you live to a big city center your only option might be to get delivered.